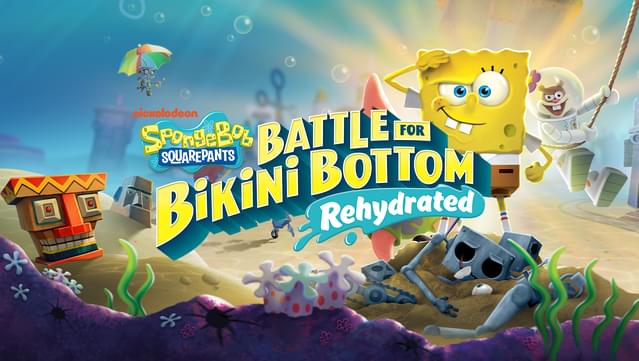 If you play SpongeBob SquarePants: Battle for Bikini Bottom – Rehydrated and don’t know how to access the console of the game, this guide will show you how, let’s check it out.

For our first step, you’ll have to download Universal Unreal Engine 4 Unlocker (UUU). This is a handy tool developed by Otis_Inf that supports BFBBR. To put it simply, its a tool that does some DLL injection magic and allows the console functionality to be unlocked.
It can be downloaded here.[framedsc.github.io]
For this, you will have to download WinRAR/7zip and extract to any old place you like, maybe the desktop instead of deep down in your C: drive though. You should have a folder that says “UUU###,” the hashtags being the version number – currently 302 as of writing, after its done.

An example of the folder.

Now this is where it goes from easy to, well, still really easy actually.
You’ll have to launch BFBBR and then UUU. The program located in the UUU folder is called “UuuClient” and once launched you will see a screen like this. 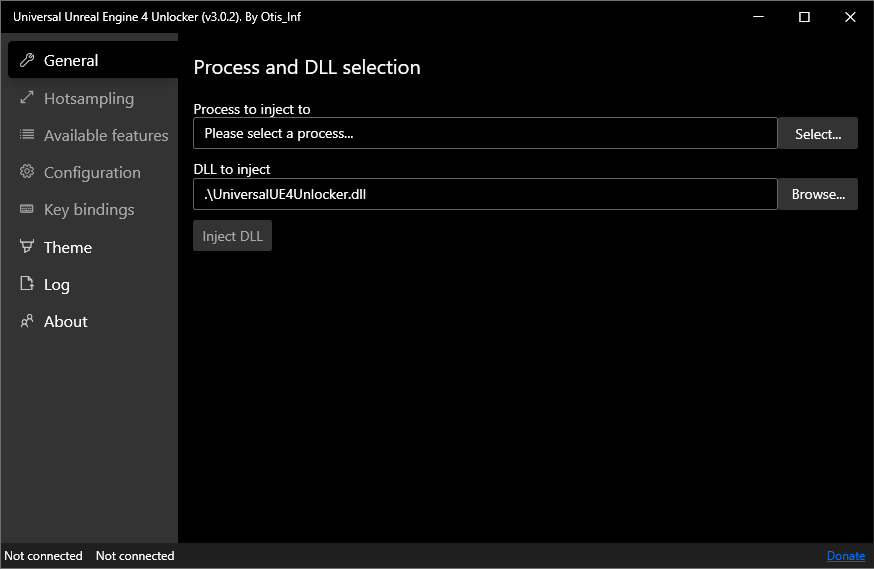 From here, launch BFBBR and select it from the process list under “Process to inject to.” 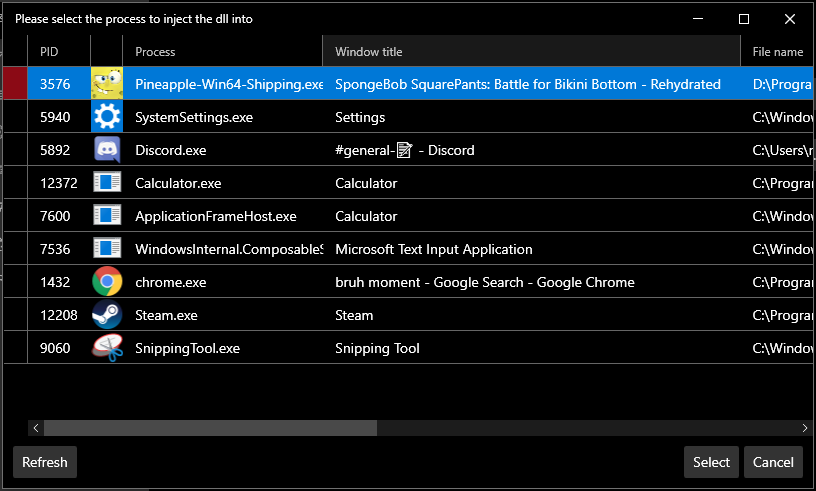 Don’t worry about the “DLL to inject” section, as there is already a default that works just fine included.
After this, you can click the big red “Inject DLL” button and you’ll be all set.

From here, the console can be accessed with the squiggly noodle key right next to your 1 key – you know, the tilde or whatever~.

Press the tilde key twice to get the full console view, as seen here.
You can also press insert to access the free-cam, as included with UUU.
Here’s the keybinds for it:
The included freecam with UUU is rather buggy and kind of hard to use. I suggest using the ToggleDebugCamera command instead as it is much more simple and less bugged.

As for commands to use, I am not aware of any terribly fun ones like noclip or godmode. The only command I’ve really tried out is the open command which just opens maps.
Here’s[digilander.libero.it] a great big UE4 command list though if you wanna try some for yourself.
EDIT: I’ve managed to find some commands that can be useful, I’ll try and edit some more in as time goes on.ToggleDebugCamera – Enables the debug cam, much more easy to use than the included freecam with UUU.
READ:  SpongeBob SquarePants How to Get Shiny Objects (Fast & Easy)

r.DepthOfFieldQuality [number] – Adjusts depth of field. 0 = off, 1 = low, 2 = high. Useful for turning off DOF in cutscenes.

That’s all we are sharing today in SpongeBob SquarePants How to Access the Console, if there are anything you want to add please feel free to leave a comment below and we’ll see you soon.

1 thought on “SpongeBob SquarePants How to Access the Console”