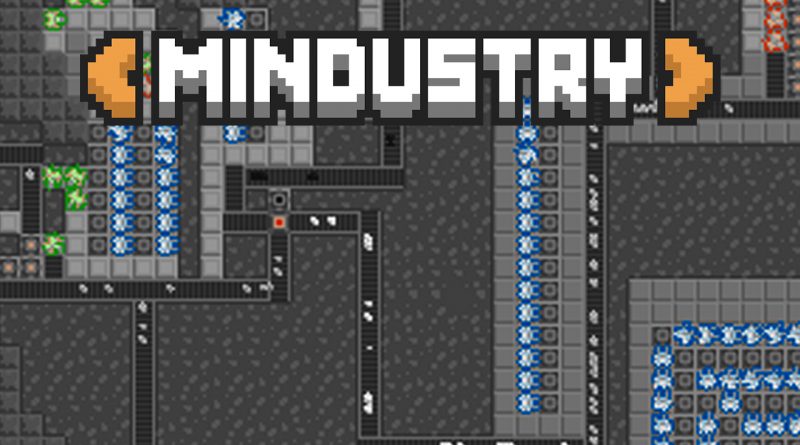 I wish to make this a short guide on standard operating procedures for cooperation while playing multiplayer matches in Mindustry.

For all of us who have played for any time in Mindustry we know that it is a wonderful mess of spaghetti conveyors and haphazard production facilities always striving to be more efficient. And this mess goes up by several factors into utter chaos as soon as more than a few people are playing in a multiplayer match. This chaos is derived from the fact that we as players very rarely ever agree on anything, and this is ok too. That is because for everything new that we see comes new ways of thinking, new experimentations, again striving for something better, which I will talk more on later.

But first we must cover basics, and I’m not talking about basic gameplay mechanics, if you are playing multiplayer I hope that you have already played part of the campaign and tried experimenting on your own to see what works.

No, one of the most basic things in multiplayer is to respect other players ability to build. If someone is building, let them build. Something poorly designed by one player will always be better than something 3-5 players tried to cobble together. And designs can always be upgraded later to use higher tech, with the ability to process more material. If you question something about someones build ask them, let them explain what they are trying to do. It might not be useful, you might know a better way, but you need to try and communicate this. Too often have I seen players kicked or banned for inexperience of ignorance instead of actual griefing or willfully harming a base.

Now there is a flipside to this argument. If you are new to the game you have something of a learning curve to climb. To this I suggest such players watch build orders and fully trace a production system from initially mining thru production thru delivery to the core. Before you go to modify a system fully understand how its gathering resources, including power, how does it use those resources and what other systems use those products. An example here is that you don’t want to pull off a coal line that is feeding steam generators to build something else, the base needs that power and there are several ways to produce more coal.

Here I am slipping into something of a subjective topic, and that is what should take priority when you go to build something. This is a sticky topic and one that should be in every players mind but it boils down to what is the base’s current needs. As a player you should be watching the core to see what resources are needed, how well resources are flowing to the core, the overall power available, how well the defenses are holding, not necessarily in that order.

What I believe is that we as players should set the priority of basic resources first, copper-lead-titanium-graphite. Now I know titanium and graphite are not rock bottom resources but these 4 resources are the basic resources for many of the higher tech structures and they do not require power to produce. Once a steady flow of these materials has been achieved then we can upgrade them or proceed to more complex productions.

In the next tier of resources is power-silicon-glass-thorium, and I placed power first in this rank because none of the others can be made without it and from here to the mission end power must be developed further and further to account for more production. Second after power is silicon as nearly every late game tech uses silicon as well as drone production. Glass and thorium hold a strange place as both are needed for further development but its easy to make alot and max out quickly. In thorium’s case it can further be used for phase fabric or as ammo.

Lastly there are the produced materials, surge alloy-phase fabric-pyratite-blast-oil-scrap-slag-spore-cryo-water. These are all materials that require special tech to produce and use. And just to note I’m not saying these are less important its just that they are later and later used in the tech tree. An example is if you want to construct an Impact Reactor you need to have developed the process to produce Surge Alloy, which by the way consumes copper-lead-titanium-silicon; set up the production of cryo, pyratite, and blast; and have 1,500 available power to kick start the reactor before it produces more power.

This order is important to see as further development of the base can slow or stop if production of any element is not developed to support the next stage.

The Road to Bigger and Better

Here is where I come back to the term better and where I jump into the deepend of pure conjecture. Better in itself is a purely situational term. What I have to say here is something less of a guide and more my thoughts and feelings on the subject. What I have to say about better is that you must look at the context around the situation and see how you can help the base become better.

Everything has to come back to the situation at the moment.

Is the base suffering a lack of power? Then it is likely you should stop building things that use power unless you are making something that will be used toward power production like generators that require a specific fuel. If you are working on defenses then building turrets that don’t require power to function would be more useful to the base. Disconnecting drone pads from the grid would also be useful since once they are built the pads don’t need the power anymore.

Is the base lacking a resource? I think that building another source to make or mine that resource would be better than upgrades that could cut that resource off for a time. If there is no more space then upgrades become a necessity.

Is thru-put an issue or is a feeding conveyor the limiting factor? First look to see if enough resources are available, if you build more production facilities but are not able to provide enough material for them to use then you unfortunately are wasting space and power. Upgrading belts, using router chains, overflow chains, sorter chains, these are all tricks to increase thru-put and each have their own uses. Understanding the capacities involved will reduce the amount of wastage.

Here I again stress communicating with your fellow players. We are here to play and enjoy a game not to get frustrated by needing to build and rebuild systems due to someone not understanding the systems involved.