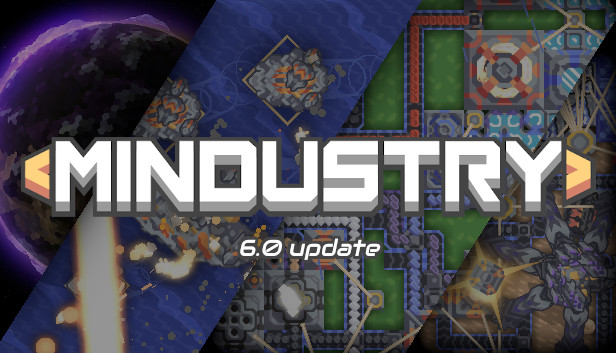 For Mindustry players, if you are trying to unlock all 100% achievement, this guide should help you get all the Achievements for this game!

Verified
Complete the Tutorial.In case you skipped the Tutorial, you can simply retake it in the Main Menu under ‘Play’>’Tutorial’.

A Grave Mistake
Research the Router.

Explorer
Unlock all zones in the campaign.

You can see the requirements for any given zone by just clicking on it. If you have already fulfilled them, just press ‘unlock’.

Completionist
Reach the configuration requirement wave on all zones.

This is relatively straight-forward: before launching, every zone tells you what wave you have to beat in order to unlock the ability to choose what materials you want to take with you. Note that Attack-Mode zones merely require the destruction of the enemy core without any wave restraints.

Unlock, in this context, merely means ‘mine it’. A Pneumatic Drill is required in order to mine Titanium.

Unlock, in this context, merely means ‘mine it’. A Laser Drill is required in order to mine Titanium.

Super
Earn the S rank on any zone.

At the end of a zone, you get a rank depending on how long you’ve been there, and more importantly how much material you’ve taken back with you.
Ironically, this is harder to get than ‘Super Super’, as if you simply play for a long time, you will eventually get an SS rating, yet the S rating requires a sort of middle ground. It is still not hard to get, however, and will probably happen simply by playing normally.

Super Super
Earn the SS rank on any zone.

This is pretty simple: simply staying in a zone as long as possible and getting as many resources as possible back to your base (Launch Pads count for this) will easily grant you this rank.

Core Rain
Launch your core into a zone 30 times.

For me, this Achievement only triggered after actually leaving the 30th zone, yet that might be due to how delayed many of these Achievements trigger.

You will likely get these two Achievements simply through playing, yet in case you still struggle with hitting 1 million, you should always send your excess items that no longer fit into your core to a Launch Pad using the Overflow block.

A Spectacular Disaster
Cause a Thorium Reactor to overheat and explode.

Simply feed a Thorium Reactor some Thorium yet don’t supply any Cryofluid. Note that the map ‘Nuclear Production Complex’ already starts with the reactor and drills in place, so you merely have to supply some power and place the missing conveyors.

Collector
Fill the core to maximum capacity with every type of material.

Different maps have different maximum capacities, yet a straightforward way to do this is to simply launch into ‘Ground Zero’ with every resource configured to 4,000, as this is the maximum capacity. You might need to use something (preferrably copper) and refill it for the achievement to trigger.

Liftoff
Use the Launch Pad.

Heresy
Hidden
Build two routers next to each other.

Head Start
Launch into a zone with 10,000 or more items configured.

Requires unlocking configuration for any zone by beating a predetermined wave.

Doing this isn’t as easy as it might sound: Not only do you constantly need to feed it Blast Compound and Cryofluid, you also need to supply 1500 power units/second to even get it started.

This actually takes a surprisingly long time to do, and kills made on Custom Maps don’t count. So the best strategy is to launch with maxed-out resources and put down really solid defences before going AFK/doing something else, letting some kills rack up in the background.

Only the 3 ‘Destroy the Core’ zones in the campaign count for this, no custom maps.

Blitz
Destroy the enemy core in an attack zone in 5 waves or fewer.

This is actually surprisingly hard to do and cannot be done on a custom map.
I needed multiple tries on the easiest attack zone (i.e. ‘Salt Flats’) by maxing out the resources I took with me to 9,000 and spamming bombers.
However, since then, I found this YouTube video:

Here is a transcript of what happens in this video:

A few recommendations from me:

I personally did both these achievements on the ‘Tar Fields’ due to the abundance of resources there. My main strategy consisted of multiple layers of Meltdown and Spectre Turrets together with an insane amount of Revenant Fighter Factories.
The only difficulty here are the boss waves, starting with wave 31, which initially come roughly once every ten waves, yet starting at ~400, there is a boss wave every 16 waves.

It is presumably easier to take a lot of resources with you to the first map and build strong defences there and just go AFK until you hit wave 500, however.

Shapeshifter
Unlock and transform into every mech in the game.

Note: I actually already got this achievement before transforming into the two ‘final’ versions of the ground/air mechs, yet that might be patched out already.

You have to place down a Wave turret and connect it with a water source, as well as an Arc turret, which requires power.

Deflection
Destroy a unit with its own reflected bullet.

Phase Walls have this property.

This can only be done in attack-mode zones.

You will eventually run into one of these, yet beware, as they are surprisingly tough. The best strategy is a layered defense (i.e. multiple clusters of turrets on the way to the core), with the ‘Scatter’ being a solid choice to spam early on against these flying Bosses.

Kamikaze
Hidden
Fill your mech up with explosive materials and die, creating an explosion.

The explosive material in question is ‘Blast Compound’.

It Begins
Build a Dagger factory.

As this is the standard mode, you must first change to another mode before switching back to Attack.

Flock
Have 10 Phantom drones active at once.

These units are fairly expensive, yet go well together with going for wave 500 on ‘Tar Fields’.

Volatile Army
Have 50 Crawler units active at once.

For this, it is important to build a Command Center and issue the rally or retreat command, to stop the Crawlers from killing themselves on enemies.
A total of 9 factories is required for this achievement, as one factory can only sustain up to 6 Crawlers at any given time.

Swarm
Have 100 units active at once.

This goes well together with Flock. Once more, it is useful to use a Command Center to stop your units from dying to the enemy.

Just stand in the white circle around the enemy spawn when the wave starts. Not that you can safely enter and leave it at all other times.

You have to transform into a ground mech and walk into deep water (the darker one) and wait for a few seconds.

Invulnerable
Build the Meltdown and Spectre.

These are the two ‘final’ turret upgrades.

Complacence
Hidden
Skip launching twice, then have your core destroyed by the enemy.

Can quickly be done in ‘Ground Zero’.

Lone Guardian
Survive 10 waves on any zone without placing any blocks.

Incinerate
Use Pyratite in any turret.

Efficiency
Cool a turret with water or cryofluid.

You have to connect some water source with a turret by connecting them with pipes.

Crowd
Host a server with 10 players on it.

If you, like me, are terrible at social interactions and prefer to not actually play any multiplayer yet still want the achievement, you can download the free version from this site: https://anuke.itch.io/mindustry
While it encourages a donation, it isn’t a requirement.
Now, you can just launch the .exe you just downloaded 10 times, and after pressing ‘Host Multiplayer Game’ in the menu on any map or host a Custom Game from the main menu, you can join your own game under Play>Join Game>Local Servers.
This achievement took about a minute to trigger, for me, yet thanks to how undemanding this game is, I had no problems running 10 instances of it.

Creator
Publish a map on the Workshop.

While editing a map, there is a button in the menu called ‘Publish on Workshop’, however you need to set a description for this.

You don’t actually have to play the map for this achievement to trigger, yet you have to restart your game.

This can be done under Settings>Graphics>Pixelation.

Scholar
Open the Wiki from the game.

In the main menu, press the ‘About‘ button and then the button next to ‘Wiki’.

That’s all we are sharing today in Mindustry 100% Achievement Guide, if there are anything you want to add please feel free to leave a comment below and we’ll see you soon.
Credit to Crowley