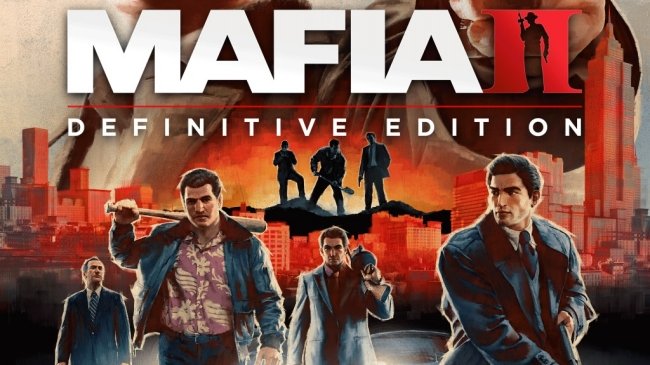 If you play Mafia II: Definitive Edition and want to unock Ladies’ Man achievement, this guide will provide all magazines locations and help you to find all the Playboy Magazines, let’s check it out.

These are all the location’s of the Playboy magazines, as well as there chapters, in order. They are not numbered in order throughout the story as you collect them, but this guide puts them in order as they are all missable, being that the game is somewhat linear, and somewhat open world in it’s own right. You are able to reload chapters to recollect the magazine without having to fully redo the mission. All books just need to be found once.

CHAPTER 2 – 2 Playboys
1. JOE’S APARTMENT – On the coffee table.
3. MIKE’S GARAGE – Next to Mike Bruski’s office is a a three car garage. It will be on a metal shelf against the wall.

between the first and second rack on the left side of the room.

CHAPTER 4 – 4 Playboys
9. MALL – While following Joe up the first set of stairs away from the bookstore there will be a box of Playboys on the floor.
2. MALL – In the second set of stairs after the bookstore, go down towards the doors to find a Playboy in the shadows under the stairwell.
8. MALL – On the roof, in the small room just before you jump down to the fire escape. It will be on the floor next to a shelf on the right.
7. JOE’S APARTMENT – At the end of the chapter, go down to the dark area with the locked gate to the basement and you’ll find the Playboy next to the gate.

CHAPTER 5 – 3 Playboys
11. APARTMENT 233 – After using the MG42, go up the stairs instead of down and find a Playboy at the top, just around the corner.
10. DISTILLERY – First floor office across from the stairwell, on a shelf on the right side as you enter the room.
12. DISTILLERY – Fifth floor across from where you catch up with “The Fat Man”, between two chain link cages on the floor near some chairs.

CHAPTER 7 – 3 Playboys
16. HARRY’s ARMY SURPLUS – On the floor near the stairs.
50. JOE’S APARTMENT – Before Joe takes you to your new apartment, go to the top floor of his building and find it on the hallway floor.
17. VITO’S APARTMENT – In the second floor hallway, on a side table.

CHAPTER 8 – 4 Playboys
19. OLD FOUNDRY – In the back of the shack behind the foundry on top of an oil drum.
21. OLD FOUNDRY – On the ground next to some oil drums beneath the catwalk with goons shooting at you.
20. OLD FOUNDRY – Near the end of the foundry, there’s a narrow path by the stairs next to the building. Near the fire, you’ll find the Playboy under a dirty cot.
46. VITO’S APARTMENT – On the kitchen table.

CHAPTER 9 – 4 Playboys
41. MALTESE FALCON – On the bar.
23. SEWER – While in the sewer on the way to the slaughterhouse, take the right fork as you enter, then you will find the Playboy in the fork to the left just before the tunnel with the ladder out.
22. SLAUGHTERHOUSE – In the first room you enter on the left hand side near a metal bin.
24. SLAUGHTERHOUSE – In the far right corner of the room with the meat counters and butchers on the lower shelf.

CHAPTER 11 – 5 Playboys
47. LEO GALANTE’s HOUSE – 2nd floor on windowsill overlooking the front of the house.
29. LEO GALANTE’s HOUSE – 2nd floor bathroom on the basket next to the sink.
28. ERIC’S FRIEND’S APARTMENT – Bedroom across from the entrance, next to a guy slumped against the closet.
49. JOE’S APARTMENT – On the floor next to Joe’s bed.
30. HILL OF TARA PUB – Dead end hallway beside the bar, under a box at the end.

That’s all we are sharing today in Mafia II: Definitive Edition Ladies’ Man Achievement Guide, if there are anything you want to add please feel free to leave a comment below and we’ll see you soon.