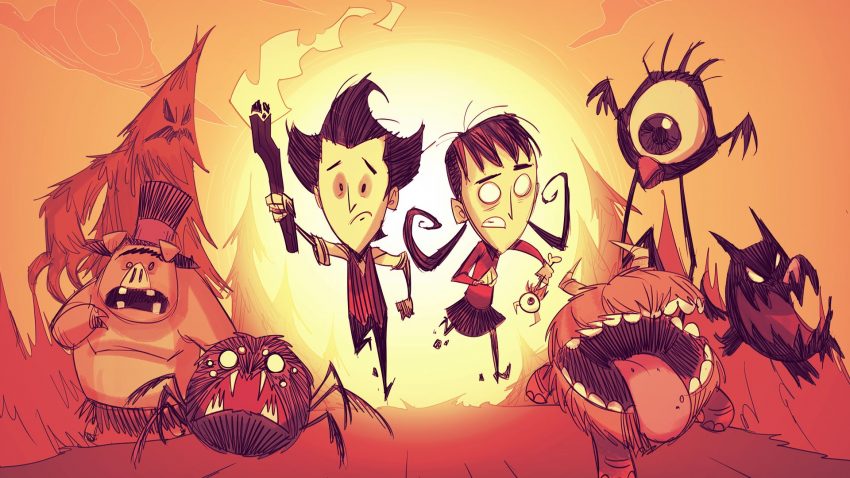 This Guide is going to be about Winona, The Handywoman. We will be discussing her stats, abilities, items and more.

“Winona is a former assembly line worker with a boisterous attitude and a love of all things mechanical.” 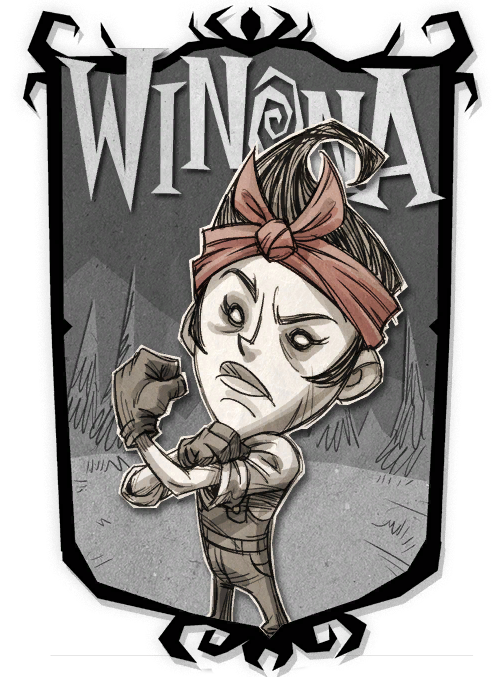 The Handywoman
“Anything can be fixed with hard work and elbow grease.”
PERKS

*Is a skilled builder.
*Gets one free hit from the dark.
*Invents her own gadgets.

Is a skilled builder.

“I’m working some appetite.”
Winona is an engineer, She used to work at Voxola.

She can craft items twice as fast compared to the other characters. This means winona takes 0.5 seconds to craft an item compared to the 1 second for any character. This comes at the cost of 5 Hunger Points.

The Disadvantage:
When Winona gets hungry (When Hunger reaches 50 or less) She’ll take 2x the default time to craft anything (2 seconds), This could be prevented by keeping yourself fed.

Gets one free hit from the dark.

Winona is Charlie’s older sister.
She gets an extra hit in the dark, so you have a second chance to find a light source before getting damaged.

Invents her own gadgets.

“Gotta hook it up to the generator.”

Winona has 5 gadgets she could craft at any given time when she has enough resources.
Her gadgets are:

We will go through them in details in the next section.

Each Trusty Tape has a single use, and each one fixes 5 days worth of degradation.
The Trusty Tape could fix any clothing item that has a durability. It could also fix the Belt of Hunger, Bernie and thermal stones.

Winona starts the game with 3 Trusty Tapes. She still could craft them at any point in the game. 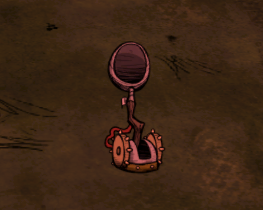 Similar to the Houndius Shootius, The Catapult throws rocks at enemies that are in range, The rocks have splash damage which damages multiple enemies at the same time, Each succesful hit damages for 42.5 HP.

The Catapult only works when they are in the range of a generator, We will talk about these later.
If the Catapult takes any damage It’ll start regenerating health later.

The Catapult only targets enemies that aggro on the player, Or any entity the player has targeted.

The spotlight functions as a light source, When you place down a spotlight it will shine a light that’ll 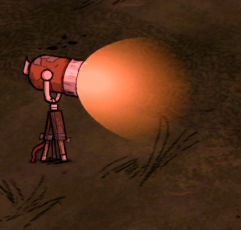 follow you as long you are in the range of the spotlight.

A spotlight cannot be attacked unlike a Catapult, it still could be destroyed using a hammer. (Or any entity that is able to break structures)

Similarly to The Catapult, The Spotlight won’t work if it isn’t near a generator.

Winona’s Generator is used to power the Spotlight/Catapult. This generator uses Nitre to power machines, Once built the generator will be fully fueled.

The range of the generator can fit up to 8 machines, it is not recommended to use more than 1-2

machines because the generator will drain uncontrollably.

2 Nitre pieces are more than enough to fully charge a generator.

Similar to the generator, The G.E.M.erator has the same functionality and the same radius.
The gemerator won’t be fully fueled once built, unlike the generator. 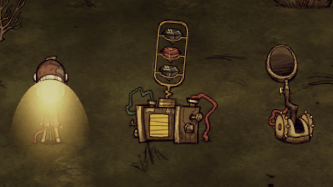 The G.E.M.erator uses any kind of gem as a fuel instead of Nitre, You can socket up to 3 gems in a gemerator.

The fuel in the gemerator lasts much longer which makes it way more efficient and reliable than the normal gnerator, Which means you could power up to 3-5 machines without worrying about
them.

The gem type/color does not matter and it won’t affect the time it lasts for.