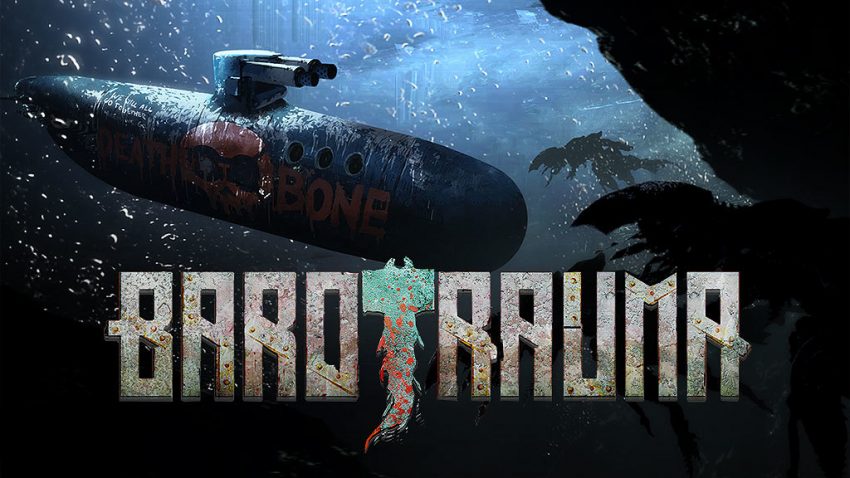 Everything you need to know about diving can be found here. Have a nice read. 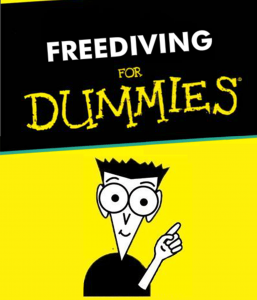 To start, welcome aboard.
The human body is, as you can imagine, fragile and sensitive to pressure. This is why a simple diving mask will not be enough for your outings. Put on a diving suit, make sure you have an oxygen tank inside, not a gas can. There will be several types of trips you can do, and we will try to specify the different missions that the captain will ask you to do. To avoid problems, take 2 or 3 more bottles, because you never know. The scooter can be useful, but it is dangerous to the noise it makes, which will attract nearby aliens.

In general, never leave with a full inventory: The missions outside are certainly the most dangerous, and it is likely that you will go there if you do not control everything. The manager could send someone or a team to find you, but this is quite rare (except for artifact recovery missions).

Used oxygen tanks must be placed in the oxygen generator, which has 5 slots to recharge them. Be sure to do it yourself unless someone does it.

If the submarine finds itself suddenly flooded, go for a suit, a blowtorch and help to repair it. If someone is unfortunate enough to drown, you can give them a diving mask at worst, or pass him on your own diving suit and grab another – Do this quickly and you will be (very) useful and it could very probable that the drowned man survives, if provided a cardiac massage (CPR).

Humans will not be able to get in pressure under 1600 meters deep (Generally, but it depends). Do a little check on the captain’s command console or a fixed sonar if the submarine has one. You can also see if there are creatures around.

Regarding lures and decoy, they are really effective only if you change the sonar of the submarine from active to passive.

When you have an artifact, be extra careful, check the type of artifact and leave it in the Airlock. This is where it will cause the least nuisance in general.

If outside, you have been attacked by strange men in rusty coveralls, tell a doctor, you are probably infected. Same case if you touch or approach a corpse to collect parasite eggs.

For this mission, there are two schools.

The first school, called the ‘prudent one’, is to send one or two people (Maximum), to probe the surroundings and check the dangerousness of the mission. If the diver or the duo does not hear or see aliens, they can then take the initiative to attempt the mission alone or with his friend. Preferably, the one who carries the artifact will have to either check and memorize the position of the submarine thanks to his sonar, by delicately placing the artefact on a flat surface or a bowl, so that the artefact does not sink into the abyss. In the event that the survey team finds a mission that is difficult to carry out without weapons / men: Either he/they warns the crew by radio, or he/they returns and carries out its report. It’s up to the captain to decide the rest. This method limits the risks and requires a certain professionalism, from the captain to the divers.

The second school, called offensive, is that of sending security agents, and assistants (sometimes even the captain will want to be one, although that is not recommended) and anyone competent in weapons, the inventory well stocked, getting there without fear. In general, this school can afford to explore the ruins of the artifact at the same time. Stay together unless otherwise notified, and everything should be fine.

Please listen to the responsible of the expedition if there is one. Let the same person take the items, and press the buttons. Most disasters happen in haste, in disorganization, and it is common for armed men to hit some of their colleagues in these situations. Make sure you have bandages, or plastiseal which is far better.

The objects necessary for this mission are: a sonar, a plasma cutter, oxygen tanks. The rest is at the choice of the school or the captain’s orders.

Always leave the artifact in the airlock, if possible (and especially if thermal) set the pump to fill to 30 or 40%. It will be submerged and therefore will cease fire.

There are 5 types of artifacts:

Mission : Repairing from Outside

One of the easiest and most enjoyable outdoor missions. Go around the submarine with a blowtorch (Make sure you have gas and not oxygen in it …) and repair the damaged areas. The main advice is to pay close attention to the motor rotor, since it can kill you in a few turns, or seriously bump you.
Having a baton or an item (taser or chloral hydrate) to stun a possible enemy is advised.
Of course, the main and necessary object happens to be the blowtorch, but it’s a plus if you have tools, including a wrench to repair a door broken by a mudraptor or any other creature.
This mission is often very fast and requires the captain to keep the submarine stable for you to work.
So to summarize: A combination, a blowtorch and if you are afraid, a stunning weapon.

If this is not the most pleasant mission (chilling outside is always pleasant) it is in any case the most useful, for campaigns (No need to collect resources which will disappear at the end of the round, like in missions)
Equip yourself with a sonar, a scooter, a plasma cutter and at least one empty toolbox (It will fill up quickly believe me, the best is to have two) and several oxygen tanks: 6 or 7 will do.
You will find two types of resources: plants can be seized without needing the plasma cutter. Take them and put them in your magic box.
The ores must be ‘mined’ with the help of the plasma cutter (Again be sure to put oxygen and not gas cans in it). Aim at the resource and let out the ionized jet. When the operation is finished, you can grab the mineral.
READ:  Barotrauma Crashing the Organ Donor Market

Some minerals will be found in a wall or in ice and could not be mined. If you don’t see any progress in the harvest bar, give it up and go to the next resource.

When you return, do not drop everything on the ground as the conceited people love to do. Bring the resources to the person in charge of crafting / deconstructing, do it yourself if you got time or put the box or its contents in a cabinet dedicated for this purpose.

This advanced mission is not really recommended for beginners although it is instructive on several levels, but could also traumatize you on outings.
Regarding on the whole crew size, one to three people would be optimal.
The Ruins have many traps and sometimes push you mad. Open your eyes and ears wide when you are indoors.
Electric traps are fueled by alien energy still poorly understood by humans. To avoid being electrocuted to death, grab this energy bar, go along the walls, stay as far away from what seems dangerous.
The door system is quite simple: if all the lights are on, the door is open. My advice is not to ‘rush’ the rooms, to take slight breaks in each room, in order to assess the dangerousness of moving on. One of the people (if not alone) should take responsibility for pressing the buttons, and keep in mind that your life depends on your caution. Another could pick up alien curiosities, materials, weapons and energy bars. If you feel attacked, do not hesitate to equip yourself with harvested weapons, especially if you did not have any. They could save you.
The most common creatures in the ruins are the crawlers, the raptors and especially the fractal guardians. These are quite slow and you can sow them with your scooter if necessary. For the rest: Good luck. 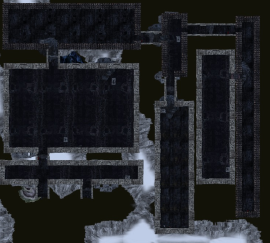 Certainly the hardest mission, since you will have to rely either on the intelligence of the deceased guy who may have an active beacon on him, or on your intelligence to imagine or locate the body of your deceased comrade.

If the comrade had a beacon: stay on your guard, maybe his murderer is still alive, prowling around or devouring him. If he devours him, there won’t be much left to offer him the last honors. If you find him, grab his things, grab him, then grab your scooter and try to bring him back. If you hear noises around, do not risk making noise. Take it and swim gently but surely.

If the comrade has not given any news, has no tag: Also be on your guard. Search the surroundings to detect a signature on his body, it is possible that it is sinking, as it is possible that it is balanced with its excess oxygen bottles. Try to look for clues, a good clue is the presence of oxygen tanks on a wall or a horizontal wall. Sometimes it happens that you drop things in a panic, look around, and try to slip into his head. What happened to him ? Where did he go?

READ:  Barotrauma How to Add Items into Cabinets, Lockers, Shelfs.

The most frequent places of destruction are the alien ruins encountered sometimes by chance, sometimes after orders to explore it, and the famous motor rotor. Often, the diver will be too ashamed to warn the rest of the crew or will be already dead before doing so.

Let’s assume that you are someone who is competent. You have already dived or you are motivated to learn more, you are at the right place.

First, if you want to minimize the risks, you should pay attention to the noises and waves that you emit, whether with the scooter, the beacon or the sonar, or the cutter.

Have a full battery when needed, it may save your life. Fulgurium batteries last longer, but are only really effective when placed in a baton, or a scooter for the more independent guys.

Use the physicorium for harpoons, since they are reusable (try to fire against a surface or from an angle where you can recover it afterwards) or else ammunition from an electric cannon, which can also be recovered with greater difficulty.

Oxygenite is your best friend, ALWAYS use it for breathing and not as fuel for the plasma cutter, because you will benefit from a breathing bonus with these. (The oxygen breathed will keep you for 5 minutes 30 minutes, while the oxygenation will last 16 minutes 45 minutes.) For the principle, it is good to offer the first bottle to the captain, for his personal suit so that he does not have to worry about taking oxygen in an emergency situation.

Last tip, although this is a bug sometimes encountered when you want to put oxygen back in your suit, is to first drag the bottle from your toolbox to your inventory bar, then from your inventory bar to your suit. How many panicked comrades dropping all their bottles outside without being able to take them back must have needed the help of a wise companion!

Addendum : Autonomy and Objects of The Diver

These measures were taken by me, in actual diving situation, in continuous use.