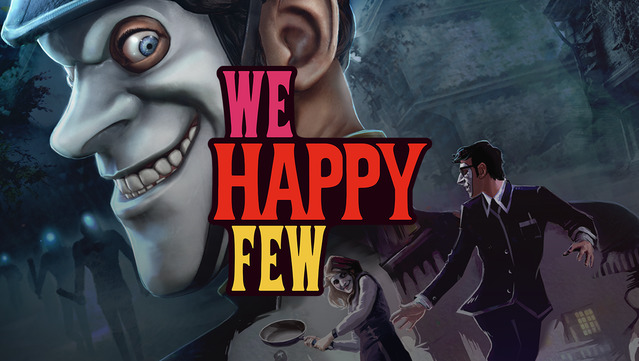 You copy and paste these lines:

[/script/engine.inputsettings]
ConsoleKey=F1
ConsoleKeys=F1
(by default, instead of ‘F1’ it should say ‘~’ which is called the ‘Tilde’ key, but a lot of people who do not have an English Keyboard Layout, this might be bothersome to activate and it is way better mapping it to F1 for example, but you are free to choose whichever key you like; keep in mind you might unbind one of the other keys, so check in advance!) 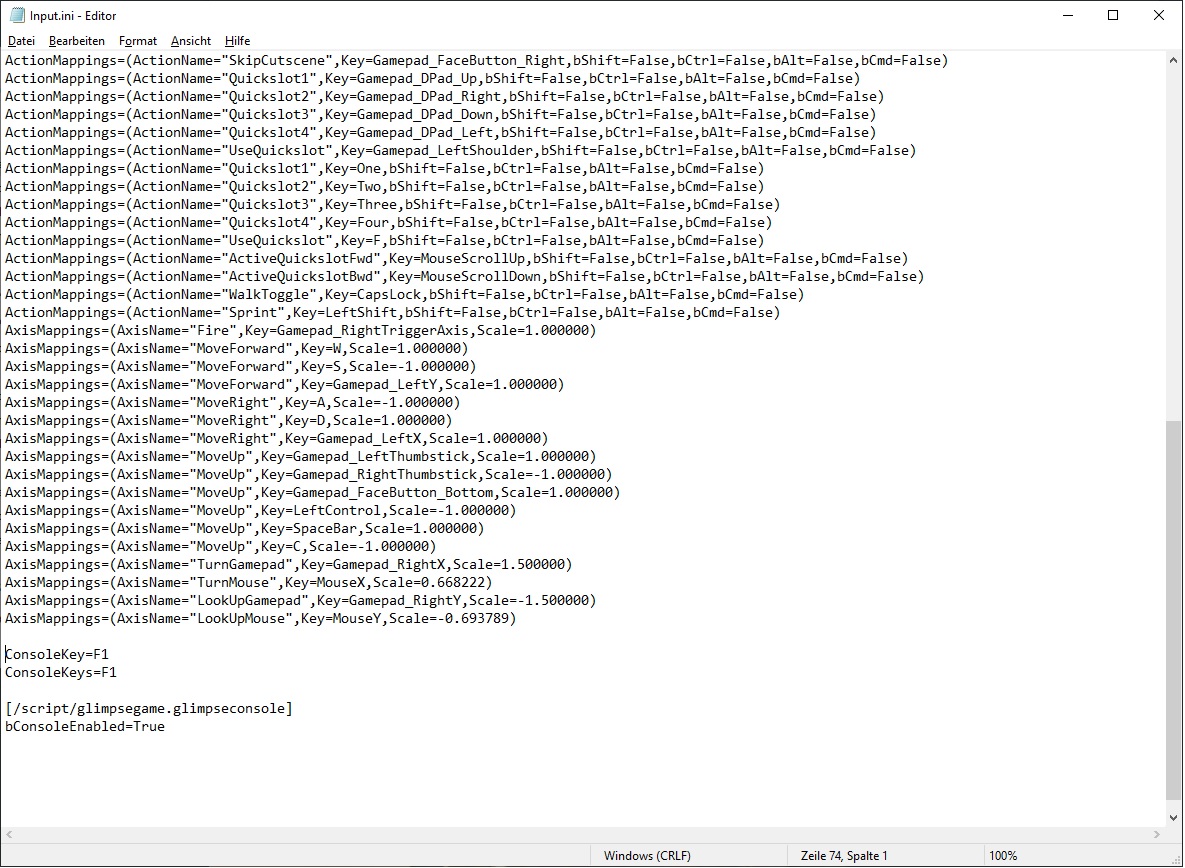 Apperantly you can also add the command ‘-console’ in the steam launcher, but I haven’t tried that out and it works fine with what I did above. As far as GOG version and other Non-Steam versions, I am not sure but they should technically all work, by editing the Input.ini files, but since I only have the steam version, I can’t test them out myself.

If you have done this, save it and start the game, you should be able to activate the console via the assigned key; in my case the ‘F1’ key

It should look like in the picture, by having a black bar at the bottom: 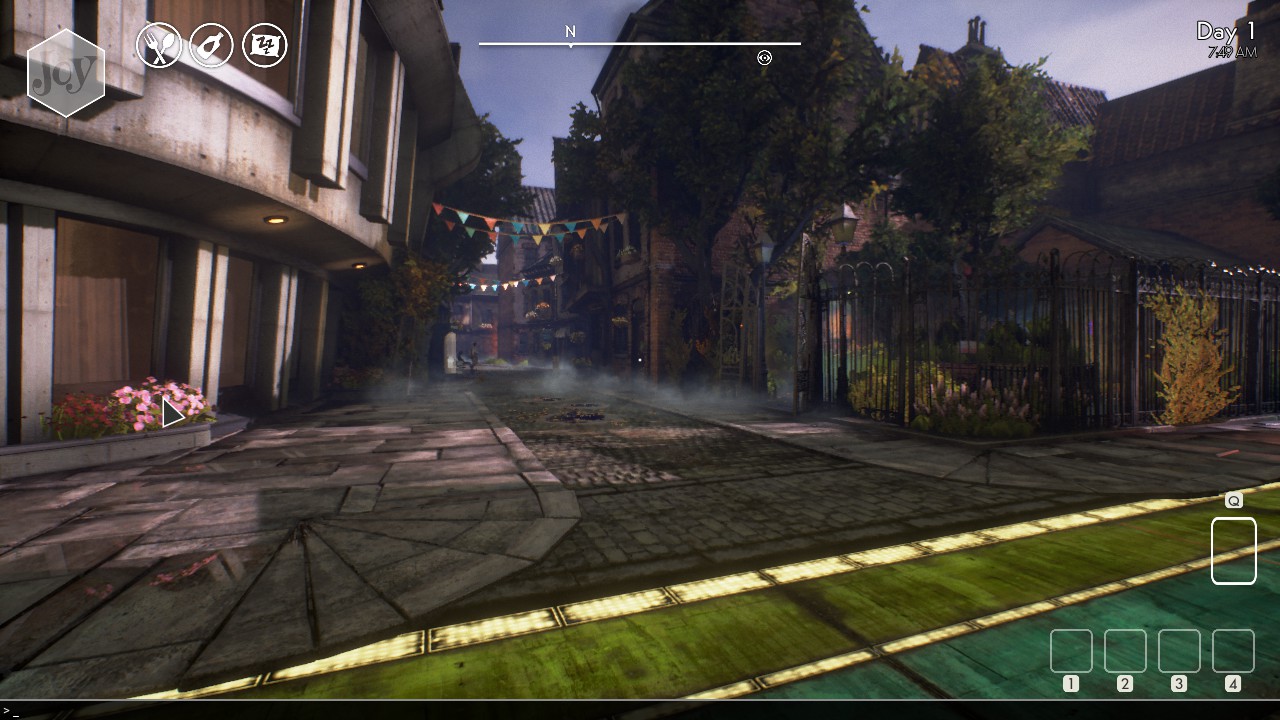 If you double press the Console Key ‘F1’ you get a bigger black box. You can enter commands as well but as an addition you can see all the codes you have entered during your session. 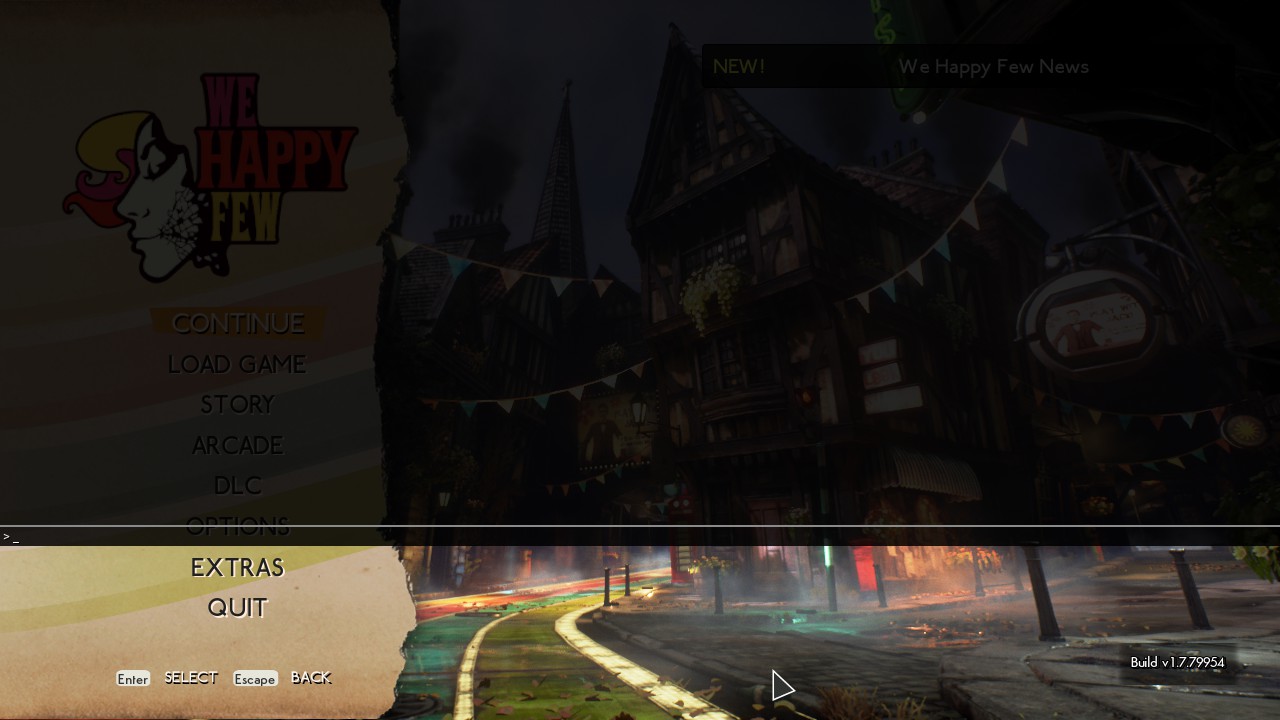 READ:  We Happy Few: How to Earn Money Fastly 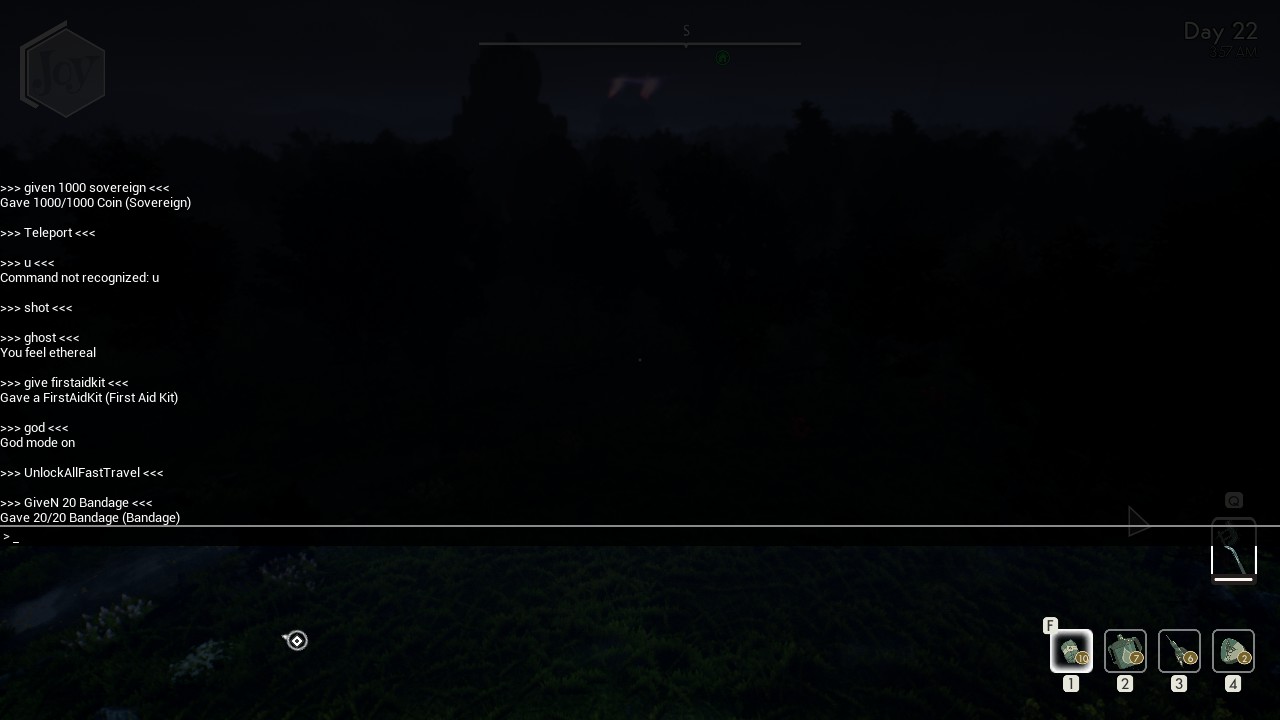 The important commands to know

Here is a list with the most important commands you need in the game. A lot of the older guides have commands that are outdated or not working anymore, so I just tried to write them down, so that it is more or less uptodate.

Luckily most of the commands haven’t changed and are the same as they were in Alpha/Beta:

Makes you immune to damage, people can still see you and react to you; also you still can die if you jump of a bridge fyi

Fly – Lets you, as the name implies, fly in the world
Ghost – Lets you fly as well, but in addition toggles NoClip and lets go through walls/objects etc.
Walk – Disables the Fly and Ghost command and gets you back on your feet (Beware of Fall Damage!)

Heals you, removes negative effects and buffs everything back to 100%

Removes the fog and shows you the whole map

Same as Reveal Map but in addition also shows you all the quests you haven’t done as well as the Dig Spots (I am not sure, but it could break the game and softlocks you, but haven’t tested it out)

Probably the most important command in the game, it let’s you spawn all the stuff you want.
There are 2 commands which are basically the same except one lets you choose how many items you wanna spawn by adding a number:

Makes a screenshot without the HUD, even paused
You can find the files in the folder here:
C:\Users\YourAccount\Documents\My Games\We Happy Few\Screenshots\WindowsNoEditor

Lets you kill yourself! (oh the joy!)

Teleports you to the direction your cursor (Targeting Reticle) is pointing

Toggles 3rd person view, but only your hands are visible, but still funny command
(by activating it again you change back to 1st person view)

UnlockRecipe <name> – Unlocks a specific recipe
UnlockAllFastTravel – Unlocks all the hatchet locations
UnlockAllLore – Unlocks all the Lore entries
UnlockAllRecipes – Gives you all the recipes in the game (crashes the game for me, maybe because I don’t have the PreOrder as well as the DLC?)
Warning: Again, they could softlock the game, so beware!

These are IMO the most important commands in the game you ever need to use. There are probably 20.000+ more, but whoever wants to try them out, have fun! =)