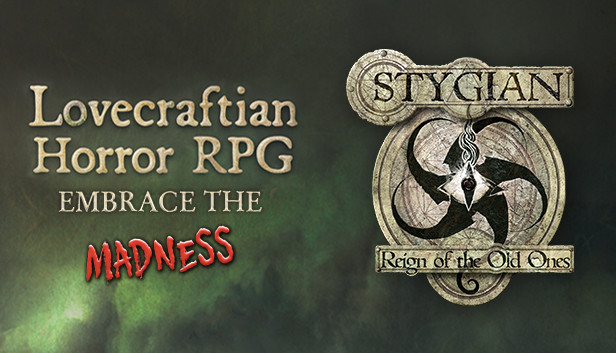 For Stygian: Reign of the Old Ones players, this guide lists all 77 accessible console commands, and shares some tips and tricks for using them.

Hit ~ to open the developer’s console. Type a command and hit enter to execute it.

Commands can be tab completed, e.g. type add and then hit tab, which will cycle through the commands that begin with add.

Hitting the up arrow will fill the console with the last used command. Useful, for example, when using add_level multiple times.

Always save before using a command.

These commands mess with various aspects of the game state and may sequence break, corrupt your file, or prevent you from progressing. They might even summon Cthulhu into your mom’s basement. Use at your own risk.

Some commands, e.g. fill_weapons may inadvertently spoil parts of the game.

[soapbox]
I would highly recommend playing through the game once or twice without using these commands. Squeezing through to an ending when you are underpowered and confused is a Lovecraftian gaming experience quite unlike any other.
[/soapbox]

The following commands are relatively safe (in my personal experience; I’ve played 4 playthroughs using these commands quite liberally with no problems), and quite useful for creating a powerful team.

add_cigs – adds a number of cigs to player’s inventory (max 499, e.g. add_cigs 499)
add_item <item> x – adds a number of specified item to player’s inventory, e.g. add_item bandages 10
charactereditor – calls up the Character Editor interface, which allows nigh infinite point allocation to both attributes and skills (I was able to click physique up above 1000 with no issues), for both the player character and their companions.

READ:  Stygian: Reign of the Old Ones - Character Building for Beginners

The one thing to be aware of is that if the player character (pc)’s skills are all 10+ and then they level up, it won’t be possible to allocate skill points and the game will softlock. If the pc reaches such a state, use charactereditor again to reduce one or more of their class skills.

These are commands I’ve tested and am relatively sure of their effects. Again, be aware that many of these may manipulate your game into an unprogressible state.

I’ve tried all of these, but either could not discern their usage or a clear result.

READ:  Stygian: Reign of the Old Ones - Crafting & Rest Guide

Most item names are simply the item’s name in all lowercase, with underscores instead of spaces, e.g. Metal Sheets is metal_sheets

Here are a few examples I found useful:

That’s all we are sharing today in Stygian: Reign of the Old Ones Cheats & Console Commands, if there are anything you want to add please feel free to leave a comment below and we’ll see you soon.

1 thought on “Stygian: Reign of the Old Ones Cheats & Console Commands”