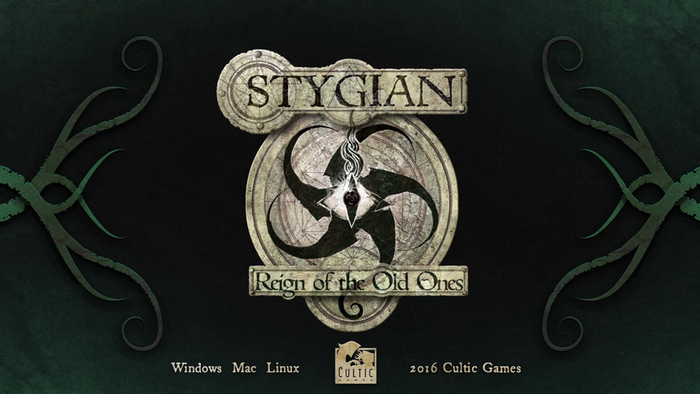 We hail you, Worshipper of The Interminable Desolation

Here we are once again with new macabre tales that are invoked from the realms of endless depravity, where we are cooking the deliciously loathsome meal called Stygian: Reign of the Old Ones. Let’s start our journey through the endless bleakness without further ado.

Here in this update, we’d like to start off by talking about how one can travel this damned world of ours.

The map system is an important aspect of Stygian which adds another layer of gameplay to the experience, supported also by some basic survival systems built around it. Whether it’s a must-go destination of a quest stage, specific hub or the location of a random encounter, all points of interest in a given instance will be displayed in the maps of the game.

There are two kinds of maps in the game: Area Maps and the Regional Map. A good example of an Area Map is the map of downtown Arkham, which displays various hubs within the downtown area. These hubs will be accessed manually, through regular means of travelling in the exploration screen. 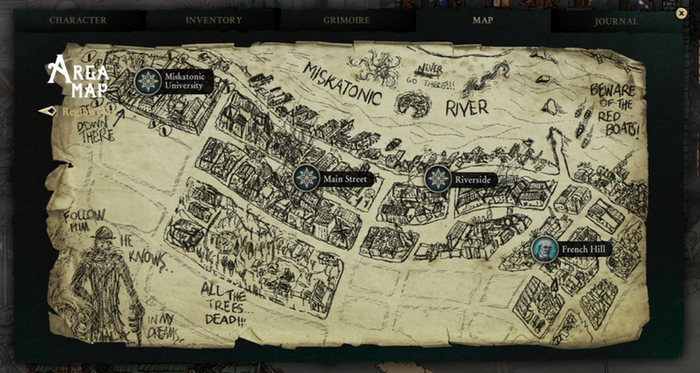 The Downtown Area Map with four different hubs which the party can travel to.

Then there is the Regional Map, which shows the landmarks and hubs in the greater area of the game world. The party is able to travel long distances in the regional map, but in order to do that, the player must acquire the necessary information pertaining to the location and content of those landmarks.

The Regional Travel Map has several features like text log, which displays information that’s relevant to all map events and the condition of party members. Other indicators include Kerosene meter (showing how much source for illumination you have left), Health bar, Sanity bar, Resource panel and finally; Rest and Halt buttons. 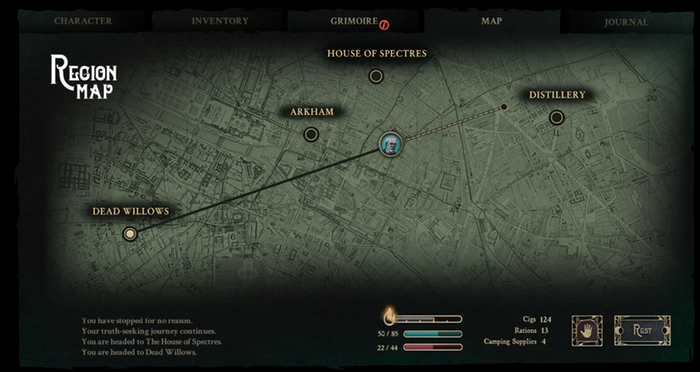 Here’s how the Regional Travel Map looks like during a journey through the suburbs.

There are two types of map encounters: Obligatory and Random. Obligatory encounters are derived from quests and appear at a certain stage during quest progression. Random encounters on the other hand, as their name implies, will appear to the player through other variables and luck plays a big factor. The random encounters might take place as one of the many battle scenarios or as challenges in the style of a “choose your adventure” game, where the player will utilize its skills and stats through the selection of various dialogue options.

Next up on our unwholesomely nourishing recipe, we have some systems that we believe should make the game striking, if not unique among its peers.

Darkness itself will be one of your adversaries in Stygian. In a dimension without sunlight you’ll be needing the company of your good old lantern more often than not and of course this will come at the expense of your precious Kerosene.

READ:  Stygian: Reign of the Old Ones - Artifacts Guide

There are two levels of darkness in Stygian: Dark and Pitch-black. Pitch black represents a supernatural level of darkness that drains your sanity, even while holding a light source. Please note that we are not responsible for the strange visions you may see in pitch-black environments. Blame your own dark past for it…

Are you among those who like to min-max your combat potential? Do you find yourself comparing every little stat out there to maximize the pain you’ll induce to your enemies? Then this system is for you! (You’ll die anyway…)

Whenever you check the statistics of a weapon, you’ll be able to see which stats are higher or lower than your currently equipped weapons, thanks to green and red coloured indicators.

If you like a deeper comparison, you can always see the stats of your equipped weapon with a simple right click and examine both items’ properties in detail.

Lastly, let’s heed the call of the irrepressible voice that only gets louder with each passing minute in this extra-dimensional asylum. Lo and behold: The Madness Mechanics.

As we emphasized before, sometimes it helps to be mad in a world gone mad! 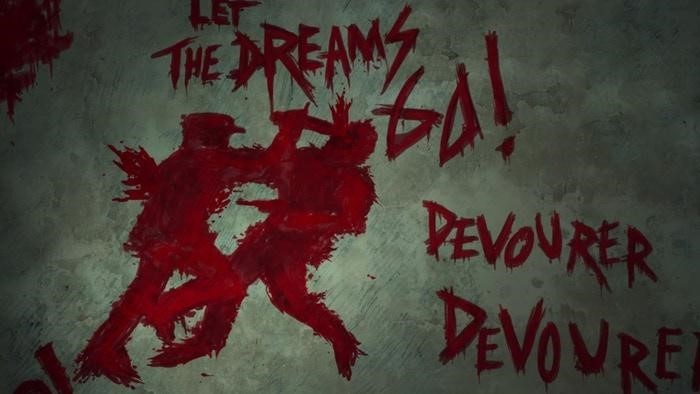 Increases Action Points but gives the character a small chance to lose control and attack the nearest enemy unit in combat.

Increases Reaction but gives the character a small chance to attack an ally in combat.

Increases Mental Resistance but gives the character a small chance to enter a catatonic state and lose a combat round.

Increases Critical Chance but gives the character a small chance to lose a certain amount of Sanity after killing a foe.

READ:  Stygian: Reign of the Old Ones - Character Building for Beginners

Until the next update cult brethren!