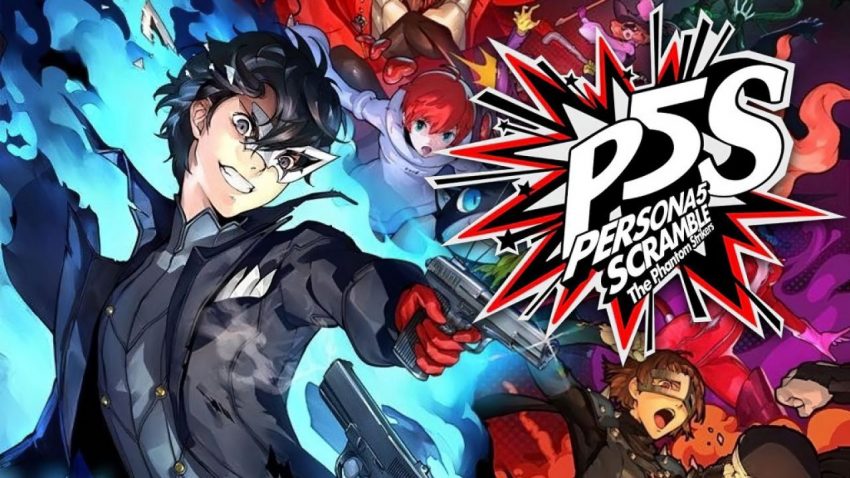 This guide will be for all of you that are trying to attain the “Eternal Bonds” achievement. In case you aren’t aware, this is the most time-consuming achievement in the game. This guide will help to cushion the blow of spending dozens of hours killing standard endgame shadows with something that works better.

Just a spoiler warning for you who have not yet beat this great game yet, this guide will include content from the end game of Persona 5 Strikers.

Now, for the actual strategy

The first thing you are going to want to do is make sure you are right before the true final boss.

Also make sure you set your game to easy difficulty to make the grinding faster. You will want to even how much a loser you may seem.

-Now what you are going to want to keep doing without stopping is completing the POST GAME quest called “Angel of Contracts Descends”. This is a quest located in the last Jail, Tree of Knowledge.

If you are hung up about the post game quest part, you just have to load your completed game save data to resume right before the final boss. You will have new quests.

-This quest will require you to defeat the Shadow of God “Metatron”, the reward is 25,000 yen.
You can get to this quest very fast by hitting up, left 2x, and up 4x on the location tab to get to the quest very quickly. Now the Shadow of God can be found at the last checkpoint before the final boss Hall of Contracts, it should be selected by default when choosing a checkpoint. 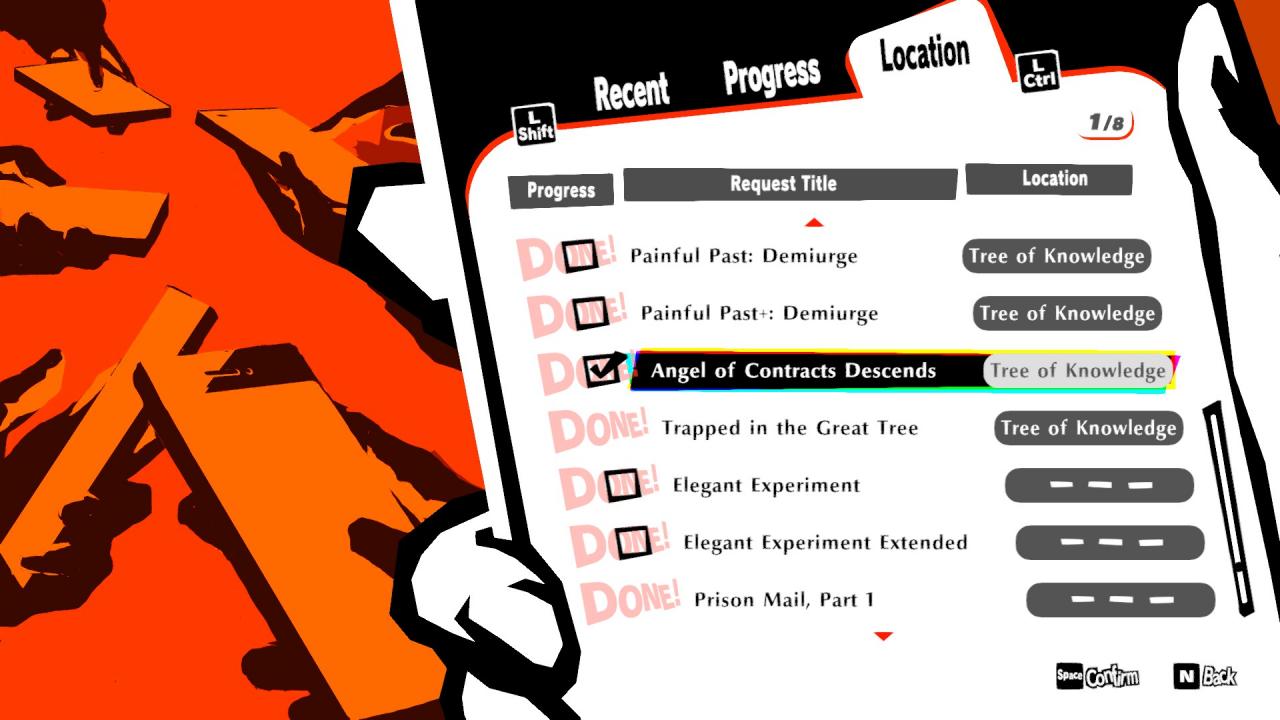 -When it comes to your team composition, there’s two thieves you will need at most. Ryuji and Zenkichi. It’s also recommended you have a healer. Ann, Makoto, Morgana, and Sophia get the job done.
READ:  Persona 5 Strikers How to Fix Black Screen 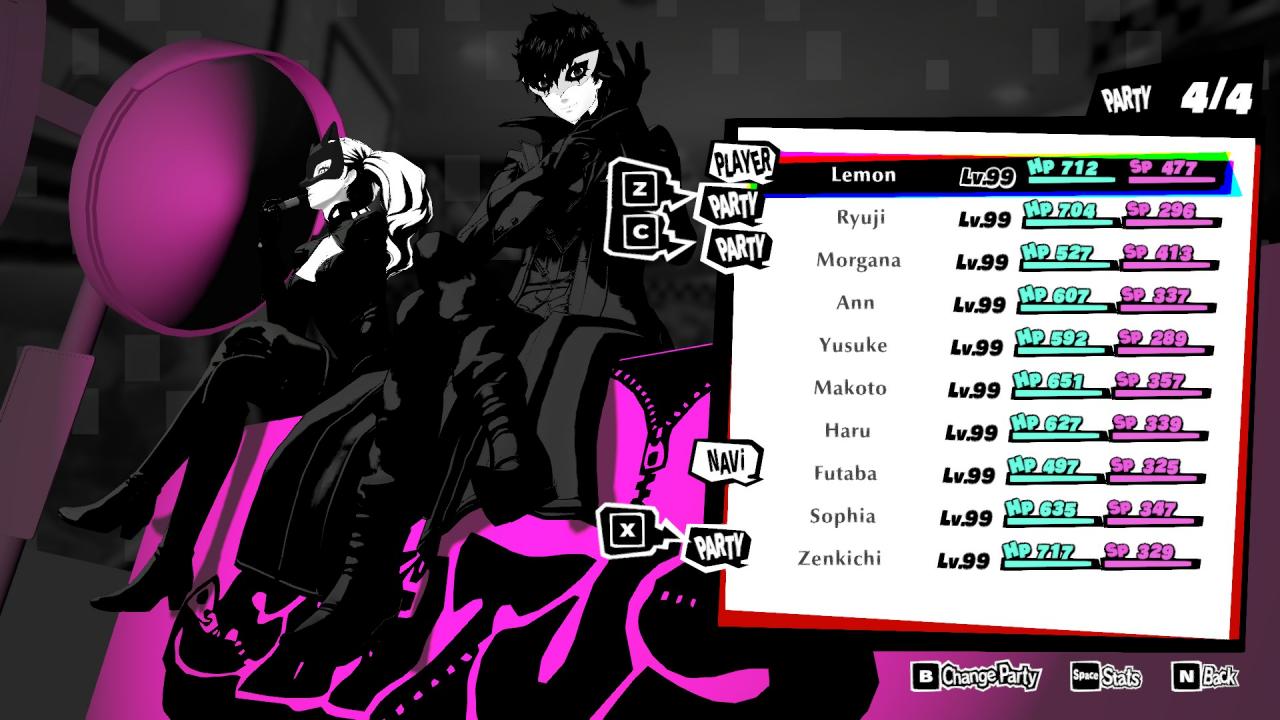 -Metatron has two weaknesses, both Zio and Eiha family skills. You are going to mainly be spamming both of these at first at first depending on your level. Also having the passive skill “Shock Boost” helps a lot. By the end you will be able to handle the boss solely with Joker.

-At the beginning of the fight, instantly cast Debilitate (or Rakunda if you are poor). the only party member to naturally obtain this skill is Zenkichi. The next step you will want to take is to cast Matarukaja with Skull/Joker

-After buffing and debuffing, the strat is easy, Cast Ziodyne/Thunder Reign until you can use Technicals. You are allowed to use 1 more and showtimes if you get them. Make sure you are charged before you are able to get technical attacks (or shocked state, same thing). Spam charged physical skills, make sure you have at least severe damaging skills like Megaton Raid. You should be able to get at least 2 charged skills off before the shock state wears off, by then you should have accumulated a good amount of damage.

Keep in mind that shock state can carry over after an All Out Attack, so don’t be afraid to perform one.

After you defeat Metatron, you should get an okay to decent amount of Bond exp (at least 25%).
Leave the jail and claim the quest rewards, accept the quest again, and rinse and repeat.

I feel as if it would be foolish of me not to make recommendations of bond skills to level up while grinding. First you should definitely go for the Bondmaker skill. It increases the rate at which you earn bond exp. The next would be any of the following. Any skill that gives you more ST stat, increases physical skill damage, followed by skills that give you more HP and/or SP. 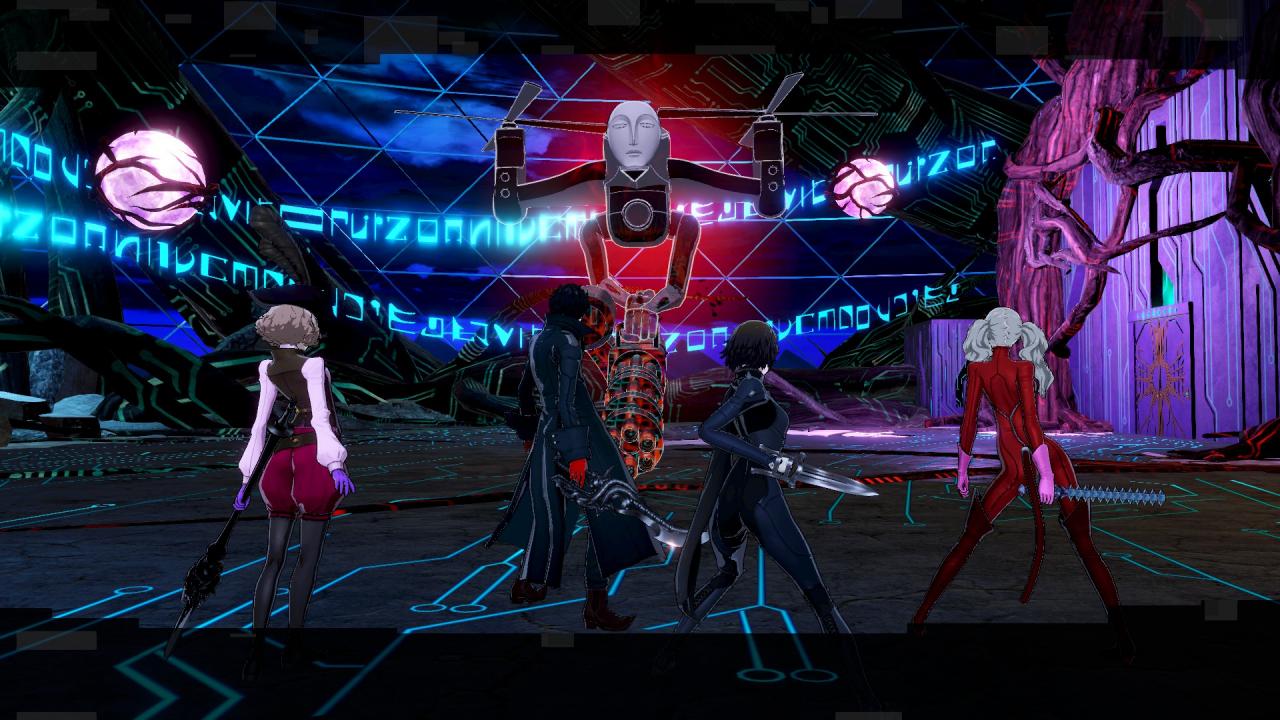 -When you are level 99 with Joker, you most likely have the potential to fuse Yoshitune. Yoshitsune is usually one of the most powerful demons in any SMT game, because of his vicious attack stats and his unique move Hassou Tobi. He can also learn many buffs and debuffs by himself making him the ultimate physical persona.

Now I am not actually sure if Hassou Tobi has any edge over any other Colossal damaging skills but fuse him just to be safe.

-The recipe for Yoshitsune is a Level 70 Siegfried, Level 60 Yatagarasu, and both Level 50 Arahabaki and Oukuninushi.

-Once you fuse Yoshitsune, he won’t have all of his best abilities but as long as you have Hassou Tobi you should be fine. As long as you have debilitate, attack buff, and charge on other personas, you’re good. If not, level him up with persona points. You should get most of the required skills.

At this point in the game and have not been using every skill card you get, you should have at least 1 Technical Adept skill card. This is a passive skill that raises damage of technical attacks. You see where we’re going?

I also recommend using any Strength Incense you have left on Yoshitsune. Also use any incense that boosts HP and SP on Joker. 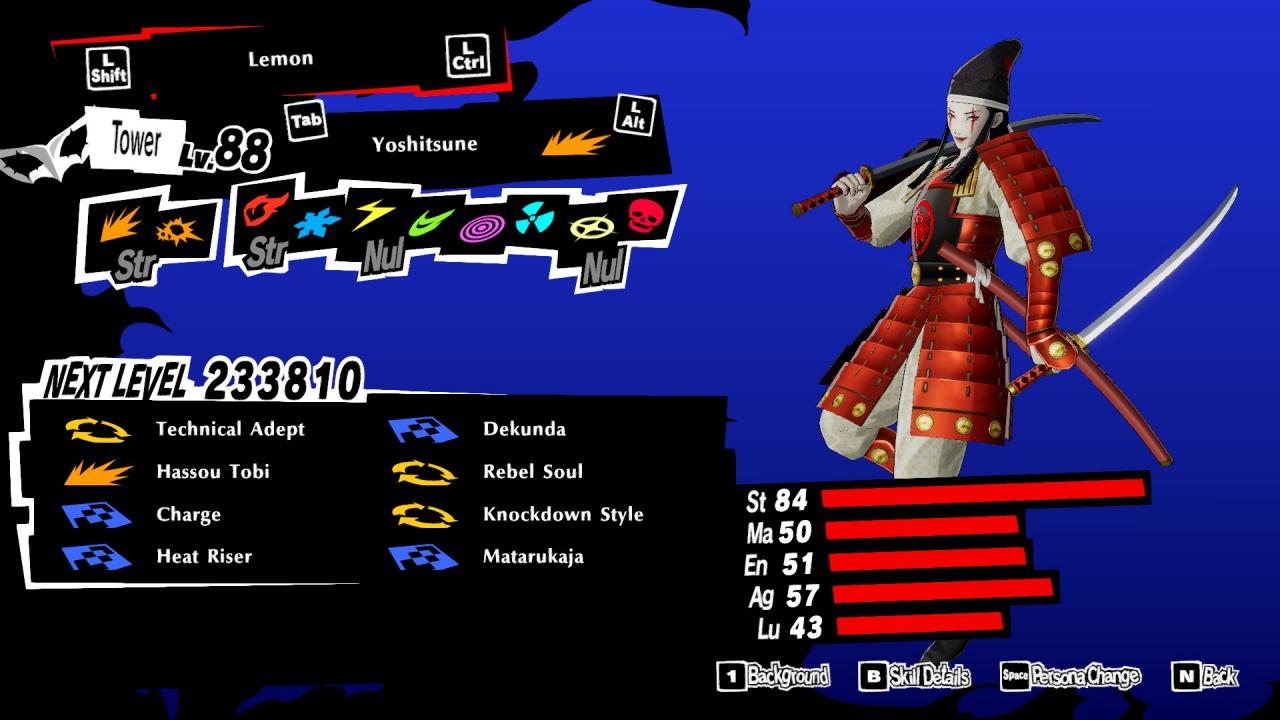 Once you have the lord himself, your battles should go a little something like this.

Sorry if this achievement is an absolute slog to get through. This will take hours and hopefully I provided ways to achieve this faster. Anyways, I hope you enjoy Persona 5 Strikers as well as the rest of the Persona and Megami Tensei series. Hopefully we get more Atlus JRPGs on Steam in the near future.
That’s all we are sharing today in Cloud Meadow Battle Guide (Tips & Tricks), if you have anything to add, please feel free to leave a comment below, and we’ll see you soon.
Credit to ness