For Loop Hero players, this is a complete guide to anything Necromancer in Loop Hero. I’ve completed all 4 acts with the necromancer however still missing some skill unlocks.

The Necromancer is unlocked by building a crypt.

While playing the necromancer you’ll be able to equip 2 rings, 1 amulet, a book
and a shield (if you’ve placed an Arsenal card which is a gold card.)

Max Skeletons:
Increases the amount of total skeletons you can have active at once.

Summon quality:
Increases the chance of higher tier skeletons being summoned instead of the basic skeleton. So far I’ve experienced 5 different types of skeletons, those being in the following order:

Skeleton level:
Increases damage and HP of skeletons.
Notice this does not do anything unless it’s a multiple of 1.
So being at 2.99 is the same as being at 2.

Stats in order of importance is: 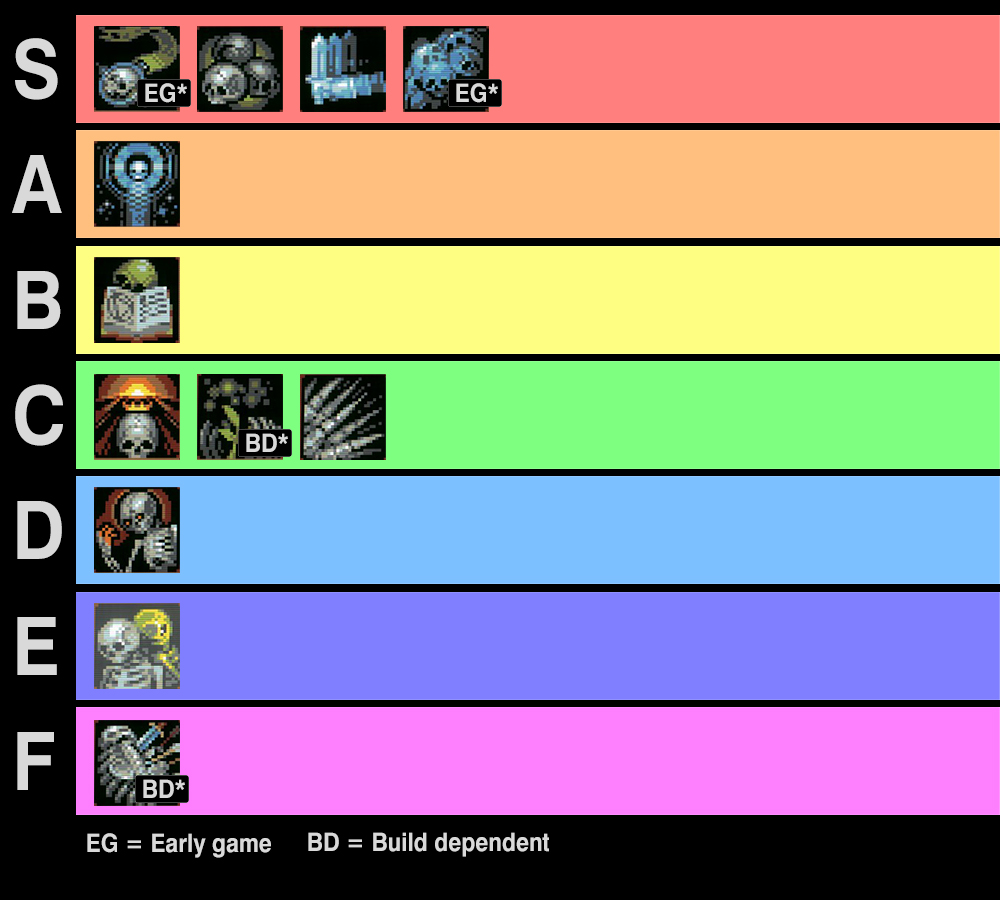 This is still very much a work in progress list, I’ve not unlocked everything yet.

Art of Control
+1 to maximum number of skeletons.

Edge of Impossible
20% chance to exceed the number of skeletons and summon 2 of them during the last summon.

Field Practice
+ 0.25 to skeleton’s level for a loop (starting from the loop when this trait was received)

Preparation for a ceremony
First two skeletons summoned in a day will be strengthened.

Unseen care
A permanent +0.5 bonus to energy armor for every summoned skeleton.

Counterattack
After hero receives direct damage all skeletons have a 15% chance to immediately perform a counterattack.

Laying down one’s life
Any direct damage to the hero will be evenly split between him and his skeletons.

Lightning fast
Summoned skeletons have a 20% chance to perform a quick 3-hit combo, with each hit dealing 50% damage.

Ambitions of the dead
After killing an enemy, skeleton fully heals itself; its damage and hp are increased by 10% until the end of battle.

Feel free to post your build idea in the comments, I’ll be trying out different builds as I play and will feature builds I have success with here.

The Thick Necromancer focuses on stacking as many Thickets as possible to boost the summon speed while using Laying down one’s life, Residual heat and Unseen care to stack energy armor. Focusing on a single stat, Skeleton level to boost both the damage output and hp of the infinitely respawning skeletons.

READ:  Loop Hero How to Clear Act IV with Rogue and Warrior

Required buildings:
Only required building is Forest / Thicket which is unlocked by building a Forest in your base. Ancestral crypt should also be considered, however I’ve got yet to try that over the Arsenal.

Stats:
While focusing almost purely on Skeleton level you’ll wanna get 4-5 total summon slots to split the damage from Laying down ones life. Can be done with either gear or picking up the Art of Control trait.

That’s all we are sharing today in Loop Hero Complete Necromancer Guide, if you have anything to add, please feel free to leave a comment below, and we’ll see you soon.
Credit to addy