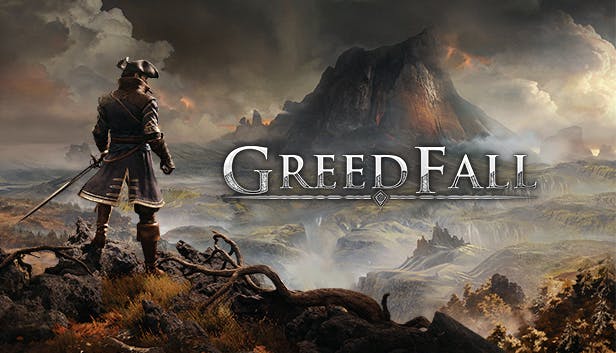 A full walkthrough of the main mission as well as the side quests that you’ll encounter in Serene.

Go and say goodbye to your mother

What if you lose?
No worries. You’ll encounter a second tutorial battle to learn a bit more. Even if you do win, you can still opt in to the secondary tutorial.

Side mission:
The Charlatan

Notify the Theleme ambassador about your departure

Discover where to find Constantin

He wants you to fix the broken table (by the wall) that happened during a brawl.

What if you don’t have enough money?
At the start of the game, you’ll be getting most of your money at this point by looting boxes and chests around town. It’s a small sum each time, but it adds up. Another way to get more money is from selling unwanted goods. So that old gear you’re not using needs sold. If you still for some reason don’t have enough coin, your best bet is to repair the table yourself.

How do you get the metal dowels?
You can actually get 4 metal dowels from searching through things in the Inn. You’ll find the back section has keys to open specific areas, and in those areas are the dowels. Alternatively, you can craft the dowels, if you have the proper talent (Craftsmanship level 1), or you can purchase them from a vendor.

Option 1: Go down the ladder and destroy a blockade (Science level 1).
Option 2: You can try to stealth and assassinate someone up the ladder, which will trigger an attack.
Option 3: Head into the main area with the group for a cutscene, which will provide the choices below:

Find Constantin’s clothes and bring them to him

What if you don’t have that torso piece?
For the most part, enemies can drop it, but I’m sure it can also be found in locked chests. If you haven’t found it yet, go into the room across from Constantin’s and there’s an unlocked chest where you’ll find one.

Tell the captain that you’re ready to raise the anchor
Get on board Captain Vasco’s Boat
Defeat the creature
READ:  GreedFall: Tips for the Island

Warrior: As a close combat person, you’ll need to try to stick behind the monster. Keep in mind he will smash the ground in front of him and do an arm sweep that will hit you if you’re not watching out for it.

Magic: You’ll be wanting to mix in a variety of melee as well as magic attacks. I’m pretty sure if you’re going for magic only, you’ll run out of mana before the boss runs out of health. In which case you’ll need to wait out the bar refill for you to cast again or…melee.

Technical: Your gun is your greatest weapon, and given the amount of ammo you have, it’s really the only weapon you’ll be needing. However, if you want to save your ammo supply (which I recommend), you’ll want to mix and match ranged with close combat. You can even lay down a poison trap (or others, if you want), just keep in mind it will take a moment for you to set the trap, and in this time you can become hit and cancel the trap animation.

Get on board Captain Vasco’s boat

Negotiate with the vendor

Option 3: You’re capable of unlocking a specific area in Serene that features more enemies to kill, at the loss of reputation. If you ever come across a doorway with a O and slash through it, you chose one of the better options with the vendor, and therefore can’t enter.

Side mission:
The Man with the Silver Coin

(Side Quest) Disappearance Among the Nauts

Investigate the disappearance of the Naut novice
Find and interrogate the witnesses
Find and confront the kidnappers
Learn more about Naut contracts
Ask Mr. de Courcillon for information
Discover where Jonas is detained

Option 1: Speak to Lady Fontaine (Congregation of Merchant Reputation: -1)
Option 2: Pick up the note on the china cabinet, first floor

Find a way to free Jonas

Option 1: Find the back entrance for no enemy encounter.
Option 2: The other way, you’ll need to sneak by guards.
Option 3: Attack guards for EXP.

Guarded entrance:
If you took the entrance with guards, find the cabin boy’s cell and use your Lockpicking skill on the cell door. If you don’t have Lockpicking, you’ll need to find Mister Fontaine and his guards in the warehouse and kill them for the cell key to drop.

Back entrance:
Go through a door for a cutscene with Mister Fontaine.

(Side Quest) The Charlatan

Find the smuggler
READ:  GreedFall: Tips for the Island

Option 1: You’ll need to speak with the smuggler.
Option 2: You can bypass the smuggler and go directly to where the heretics are.

Interrogate the smuggler about the heretics

Option 1: The guards will tell you you need to be a Naut to gain entry, so you’ll need a costume.
Option 2: Go around the back way to sneak into the jail.

If you’ve already done Coin Guard Merchandise, then I suppose you either know what to do, or won’t have guards to deal with. If you haven’t already done that quest, then here’s a recap: