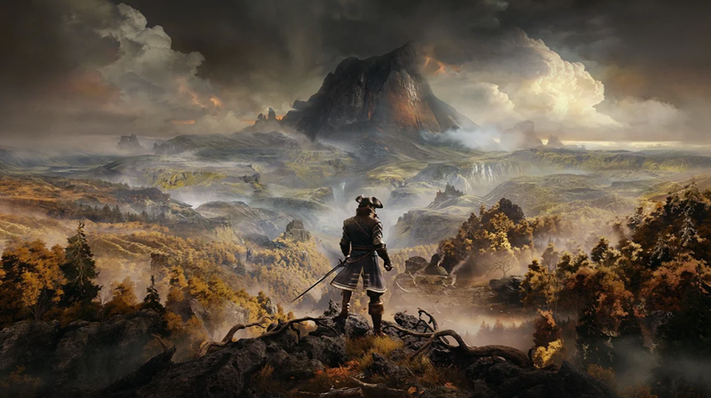 GreedFall is an action RPG game with facinating lore. here are the all achievements guide.

This playthrough will focus on exploration, romances and side quests.

Refer to these sections:

This section features all important decisions and points of no return.

You can’t get back to Serene after sailing to the Island of Teer Fradee. Completing all side quests beforehand improves your reputation and relationship to Kurt.

All sails set!
You have finally taken the path to Teer Fradee

Quest: The Prince’s Secret
Subquest: Speak to Constantin about your discovery

If your relationship to Kurt is good or friendly you can prevent the guards from attampting a coup.

Missed coup
You prevented the Coin Guard from attempting a coup

Otherwise Kurt will contribute in the coup and ultimately die in the throne room. By experiencing this outcome, you will lose the possibility to date him and you will have to decide between the fate of two cities and their fractions.

Crown of the High Kings

Derdre will confront you and demand the crown. Decline and choose your favorite pretender later.

Influence game
You have influenced the election to make your favourite become high-king.

Quest: Assault on the Heart

After defeating Nádaig Baró you can choose between joining and killing Constantin.

Several achievements are tied to your relationship with your companions and their fractions.

READ:  GreedFall: Tips for the Island 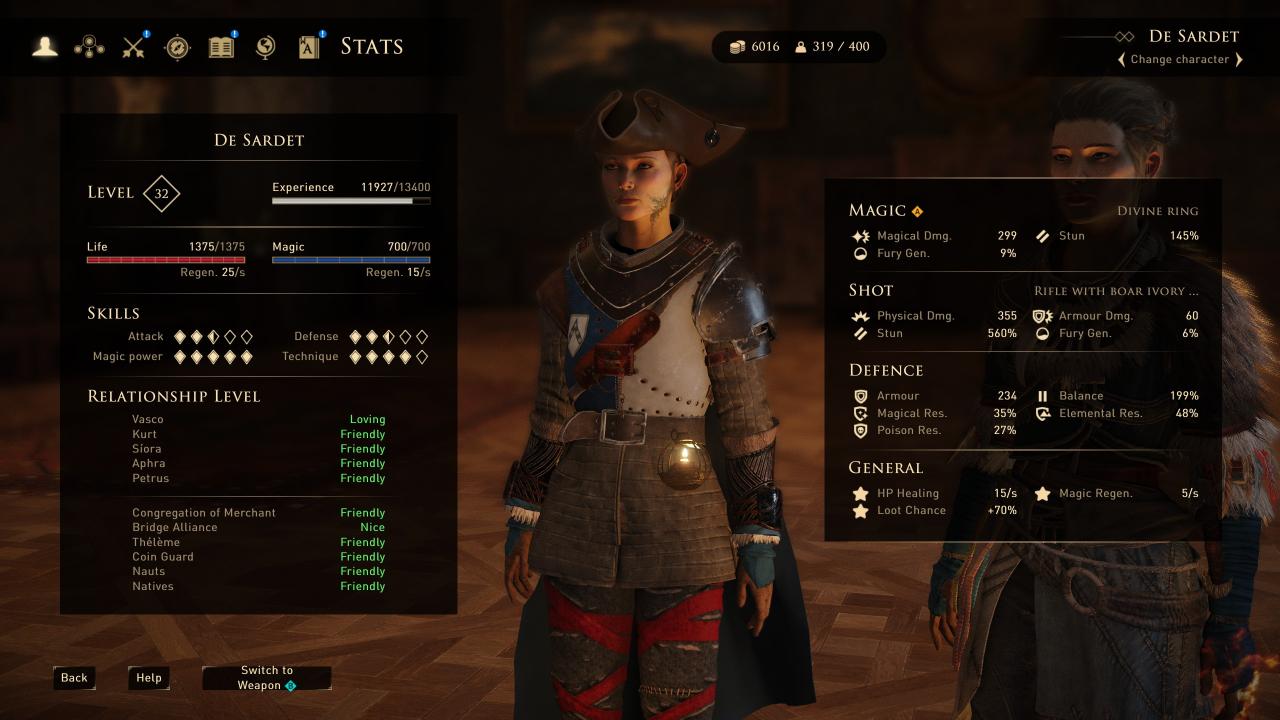 You have five companions: Vasco, Kurt, Síora, Aphra and Petrus. It’s not necessary to reach a frienly relationship with all of them at once.

How to increase their levels:

Firstly, you should focus on completing companion quests: follow them as soon as they appear and ignore the main story line. Secondly, you should speak with your companion during or after completing one of his/her quests – you can pick certain questions/answers and some of them increase the level even more. To guarantee success it’s highly recommended to regularly save the game.

Friendship above all
Finish all companion quests

After reaching a slightly advanced friendly status with a companion, he (except Petrus) or she will ask to date you. Find him or her in the bedroom of one of your residences and confess your love.

You can only confess your love to one of your companions! The others won’t date you if your level with another character is already set on “Loving”. Therefore, you should load your previous save after unlocking the related achievement and proceed with another companion.

Love and the sea
Be in a relationship with Vasco

Guardian of love
Be in a relationship with Kurt

Love and botany
Be in a relationship with Aphra

High fraction reputations can be accomplished analogical to the character relationships. But this time, you need to keep all of them as high as possible to get an achievement towards the end of the game!

Finish all side quests and pay attention to your decisions and their impacts. Always load a previous save if you notice a single negative score, even if it’s just a tiny decrement. Sometimes, it’s inevitable to increase the level of a fraction without losing some sympathies with another. But don’t worry, there are a lot of possibilities to achieve the highest rank.

Most quests will appear naturally, but some must be started manually by talking to certain people. Hence, you should visit important characters regularly and always exhaust all of their dialog options – especially Admiral Cabral in the Port Quarter and the quartermasters in the Coin Guard Barracks.

Carants
Have a good reputation with the natives

Thélème’s chosen
Have a good reputation with Thélème

Having good reputations with all fractions allows you to pick all of them as allies during the final chapter. Simply convince all of them during the main quest “Together for Teer Fradee”.

All for one, one for all!
You managed to unite all factions against Constantin

The game offers a wide range of different weapons.

Press ‘I’ key and equip any melee weapon. Use it with LMB and do damage 500 times. Note: Melee weapons require “Agility”.

Press ‘I’ key and equip any ring. Use it with LMB or cast any spell with Space/Tab key > “Spells” and do damage 500 times. Note: Rings require “Mental Power”.

Press ‘I’ key and equip any rifle. During combat, hit Space/Tab key and navigate to “Techniques”. Choose “Firearms” and do damage 300 times. Note: Firearms require the “Firearms” skill.

Melee virtuoso
Do damage 500 times with a melee weapon

War mage
Do damage 500 times with an offensive spell

Musketeer
Do damage 300 times with shots

Deceitful
Do damage 200 times with traps

During your journey you will encounter many enemies like monsters, humans and bosses.

Luckily, there’s no need to grind kills. If you don’t avoid fights both achievements will already unlock during mid-game.

Although bosses are rare, it’s impossible to complete the game without fighting at least one of each mutation.

Master of the woods
Kill a Wood Guardian

King of the peaks
Kill a Mountain Guardian

The wrecker
Kill a Beach Guardian

The legend of the plains
Kill a Plains Guardian

Note: This Guide is still work in Progress. We will update this guide as soon as possible.