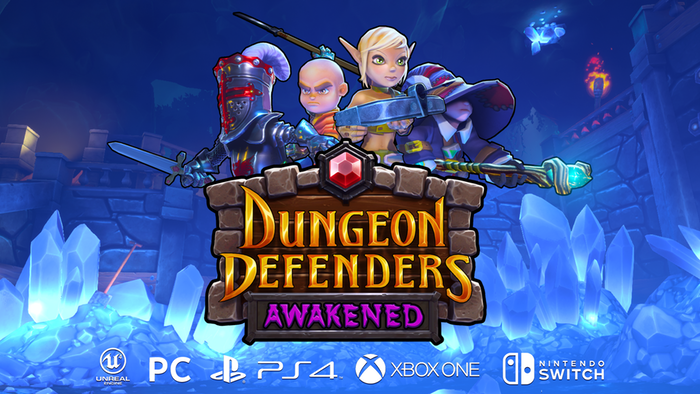 So you are new in Dungeon Defenders: Awakened. In this guide I’ll tell how I got to level 70 with legendary loot.

The first thing you have to do: create 4 heroes, one of each (Apprentice, Monk, Huntress and Squire).
You might be thinking why, the reason is that every time you get XP, all heroes in your Hero Deck gets the same amount.
Open your Hero Deck by holding F1 to create your heroes.
Then you can use these shortcuts to switch between your heroes
F1: select 1st hero
F2: select 2nd hero
F3: select 3rd hero
F4: select 4th hero

In your first campaign run, level and gear up your apprentice by playing it in medium difficulty and focusing on tower stats.
Gear

Always use the same type of gear to get some stats boost. Armor Types[dungeon-defenders-awakened.fandom.com]
Distribute your money between all your armor pieces

After Summit you might have a level 30 Apprentice with tower stats. Now we are going to hunt Uncommon/Rare gear and in this step you should start to get loot for your other heroes as well. To accomplish following maps it’s necessary to level up you current gear. By the end of this step you need to have all 4 heores geared focused in tower stats
Setup your Auto Loot

Select everything but common quality

#4 Farm Epic/Legendary and Level up

Once you have Rare gear, your next mission is level up to be able to use legendary gear
Update your Auto Loot by unchecking uncommon and rare qualities
Maps
The Deeper Well Survival Insane

Epic Gear: You don’t need to survive all 25 waves, use your monk (Ensnare, Electric and Strenght Drain), huntress(Mine Trap and Ethereal Spike Trap) and squire (Blockade)
Legendary Gear: To get legendary from this map you need to reach higher waves. Probably not the best way to farm legendary