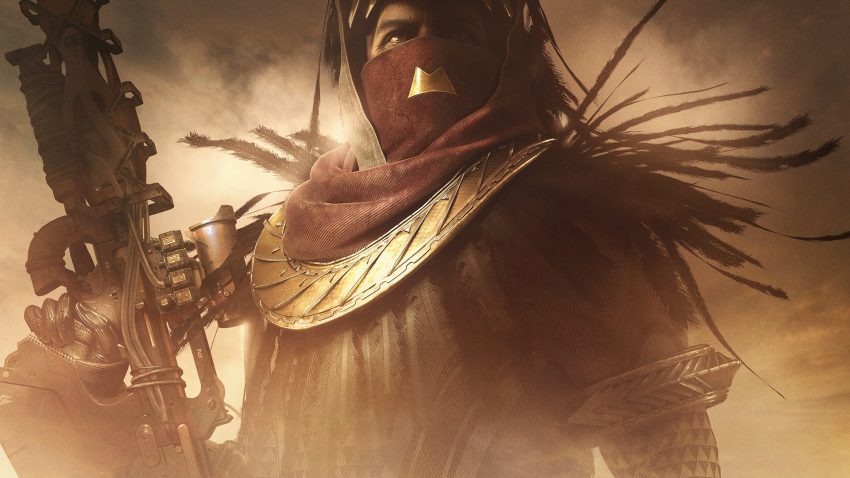 If you’re stuck looking into how to get the machinegun and the forge up and running this is what you need.

Getting the Forge quest

You don’t need a DLC to use the forge, it’s included in the free game

When you start the game you will see a quest called “New Light”. All you need to do is follow that questline until it tells you to go to Ada-1 and that’s when she gives you the Machinegun quest. If you’ve been playing for a while you most likely stopped mid quest and now it came to bite you in the ♥♥♥.

You basically don’t need a guide for these quests but I’ll write them anyways anyways since I’m already at it and it’s not complicated or too long.

All the “missions” for the Black Armory Forge are pretty much the same with different locations. Obviously first thing you do is grab a frame. To get a frame you need to do Ada-1’s bounties to get a Ballistics log. This is where the Machinegun quest starts.

For the rest of the weapons you can only have 2 ballistic logs per week through Ada-1’s bounties but more than 1 weapon/armor piece drops per ignition completion if you have bounties from what I’ve seen.

https://www.light.gg/db/new-items/season/5/black-armory/forge-gear/
On the link above you can see all the items you can get from Black Armory Forge runs. The armors are random but for the weapons you can get frames. It’s not clear to me how it works exactly since I got an Auto Rifle frame and I got 1 auto rifle from the process and 1 SMG, then I made another run for bounties and I got a different auto rifle.

Part 1: Get a weapon core

I’m writing this from memory so there may be some mistakes or me forgetting the actual name of a thingy here and there. Lots of this stuff is my personal choice, you don’t have to follow it to the letter obviously and there may be better locations for farming the required stuff, which I’m sure will be pointed out in the comments. Also worth mentioning that the guides on how to start the quest that you probably found were outdated up until this point. From here they are at least more or less up to date.
READ:  Destiny 2: All Season of the Chosen Weekly Challenge Triumphs

First thing you are gonna need to do is go to 1 of 4 places. You need to read the quest and see where it tells you to go specifically. It will take you to the EDZ to Outskirts and The Gulch or to Nessus Artifact’s edge or another place there but I can’t remember which it was. In those locations spawn big bad boys with an energy shield around them and 4 robots. You need to go to the one mentioned in the quest and then shoot the little robots and then shoot the big bads. Once you do that you will need to find a crate. Now these crates spawn nearby to the big bads but sometimes they just don’t spawn. You gotta go around to all the locations and look for a blue shield like the big bad had, shoot the 1 robot and then interact with the big black box there.

There will be another thing you need to do, I got the “collect 25 Compound Ether from Fallen enemies”. This one is ez pz you just find Fallen enemies and kill them. If you got no idea who Fallen are or where to find them just go to Trotsland and walk around the church. The Fallen got blue pieces of armor on them and are tall and skinny.

Every guide everywhere tells you to go do the Escalation Protocol on Mars. Now, that’s simple enough but the hard part is that it’s gotta be you who kills the enemies and there’s people there usually. I did this with a sword since the ammo economy seemed the best for the job and it’s my fav power weapon. You can do this anywhere where you can find Hive enemies. They are the Doom looking enemies. For multikills you need to kill 2 OR 3 enemies in short succession.

This one is simple. All you gotta do is find enemies with a yellow health bar, they will usually be bigger and tougher than the usual cannon fodder. I did this also on the Incursion on Mars. The location doesn’t matter tho, what matters is that you get the final hit, again.
READ:  Destiny 2: How to Eliminate Frame Pacing and Mouse Smoothing Issues

This one is also very simple. You need to kill powerful enemies, again. They will drop these Radiant Seeds. Here’s how this part works. You need 20 of them if I remember correctly. A normal powerful enemy drops 1 or 2. However, a big bad powerful enemy drops up to 10 from what I could see. The way I did this was to go to the Tangled Shore and do the public event above the landing zone. The big Fallen enemy that spawns at the end drops 10. The Forge Saboteurs that you had to kill in the 1st part also drop 10 (or 12 I can’t remember). Obviously you could just stick to the Incursion on Mars since it has a lot of powerful enemies there and the big ogre thingy should drop more than the rest of the enemies. You don’t need final hits on enemies on this one, they drop them when they die no matter who kills them.

This part is the hardest for multiple reasons. 1st it’s got a LOT of enemies, 2nd you can fail it, 3rd you need to be relatively fast, 4th there’s a boss at the end and it’s on a timer, if you don’t get him you fail.

To start you need to go to the EDZ. On the lower left side of the map you will see a node saying a name of a forge that changes, it doesn’t matter which it is just click on it and start it.

Once you start enemies will start coming at you pretty soon. Make sure you got the best gear for your playstyle, you will need it. First thing, the Forge is that flying thing that glows red at spots. You need to look for enemies that have a blue glow. Kill them and they drop batteries. Throw the batteries at the forge. Remember this part is also timed but every time you throw a battery the timer goes up a few seconds so it’s not hard. Throw 20 batteries and you finish the stage.

Second stage is more of the same, however here you got tougher enemies. Again, 20 batteries and you’re done. On this part the Forge has kinda opened up, if you don’t hit the red parts the battery is just gonna bounce away. You don’t lose anything but time.

Third stage is where the ♥♥♥♥ hits the fan. If you got teamed with people who don’t know what they are doing GG. The boss can take a lot of damage and you need to kill them on a timer. If you don’t it’s gonna say completed but not really since you technically didn’t ignite the forge. There are also gonna be smaller cannon fodder enemies. Save up the super for this part. If you kill him on time the mission is done, go to Ada-1 to turn it in.

I spent 2 days trying to figure out how to start this quest, not realizing all I needed was to finish New Light. Thanks to Malidictus’s post and EckyThump’s help I figured it out.