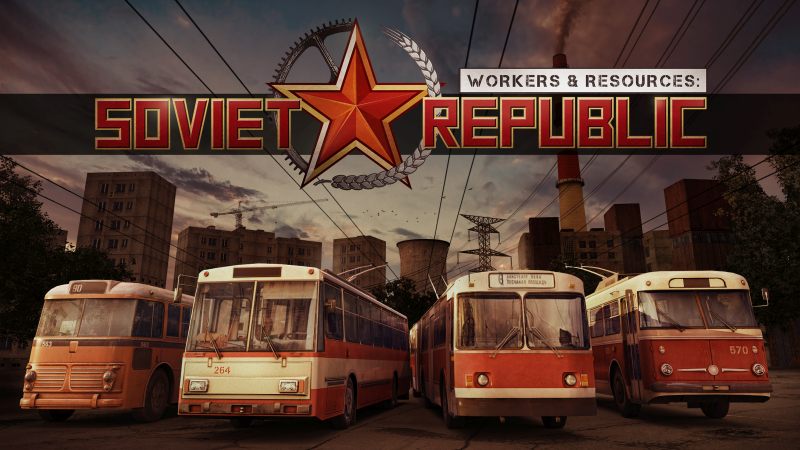 If you play Workers & Resources: Soviet Republic and want to get some fast and easy cash in the game, this guide was created to help you to get it with no workers needed, let’s check it out.

If you’re looking to generate some cash early on, without the hassle of attempting to satisfy your citizens (e-hem!), workers every want and desire, you can opt to leave the workers out of your republic entirely. For the time being, that is.

There are 3 commodities that require no workers to produce and sell: Quarried Stone, Crops and Oil. Quarried Stone is the cheapest to setup, requiring only a quarry, an excavator and a dumper (pretty much) to get going, though the price for stone is so low, it may not be worth the effort. Crops pay a little more but it takes significant time and investment in land and equipment. I have opted for Oil as it pays the most with the least initial investment.

Job 1 is to find a border city / customs house (preferably with a power connection) near a deposit of oil. A road connection is all that’s needed but in the expanded section, you will need rail.

Locate the oil and place wells to capture as much of the green (and yellow) area as possible. Route the oil via pipeline to a storage tank near the border. The tank should be along a road extending from the customs house, between which you will need a fuel station and a vehicle depot. Connect everything to power and import the lowest amount possible. Everything should now be operational and producing oil. 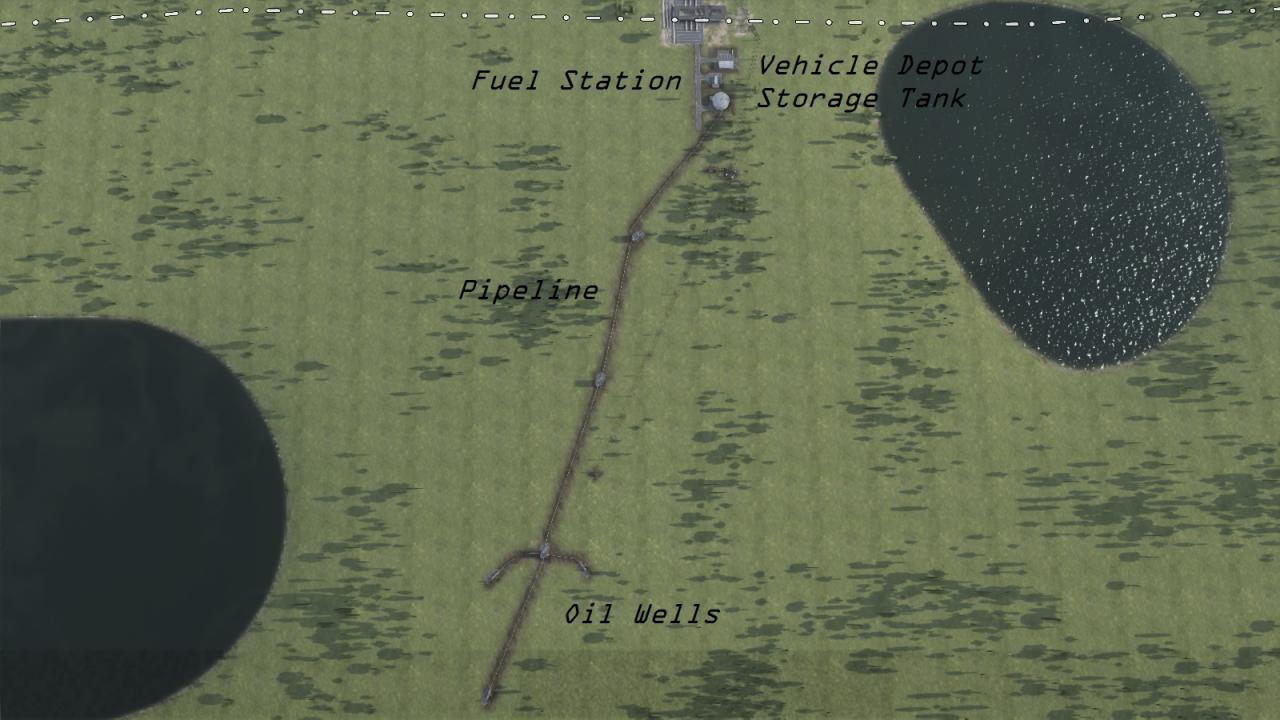 Final step is to purchase a tanker truck. I get the biggest one, which holds 12t of oil. Set that on a route between the storage tank and the border with a wait till full order at the tank. That’s it!

Your income will depend on the number and placement of oil wells and the price of oil. On average, I can expect to net about 10,000 / month from 3 wells. Electricity and fuel costs are minimal. Of course, there’s nothing to stop a fire from taking out the whole network!

Expanding on the no worker concept

Taking the oil example a step further, we can employ a rail line that collects from multiple oil drilling complexes, terminating at the border. The layout is basically the same except this time, you want to plan out a series of, “well and tank” arrangements and then connect them by electrified rail. I choose to go with electricity over diesel as we’re already purchasing it and it is far cheaper than fuel.

My test was with 4 separate oil drilling sites (with 3-6 wells at each) joined by electrified rail running 2 trains, each capable of hauling 600t of oil. On average, my net income was near 100k per month. And all without a single worker griping about schools, booze or food!

That’s all we are sharing today in Workers & Resources: Soviet Republic How to Get Quick Cash (No Workers Needed), if there are anything you want to add please feel free to leave a comment below and we’ll see you soon.