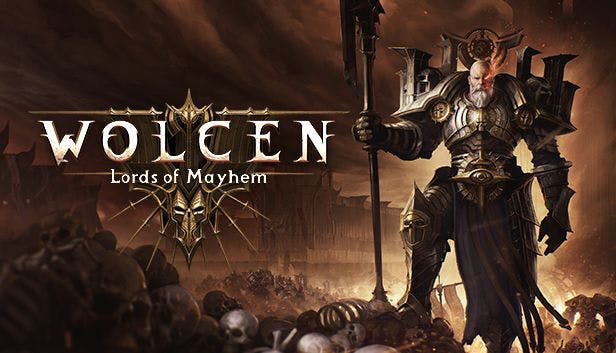 Here is a 100% Achievement guide with some helpful tips for completion.

Just to preface things, there will be slight spoilers for the game in case you want to stop here and finish your first run blind. It’s also possible to load someone else’s save game with a max level character in offline mode which may or may not trigger the endgame achievements (idk if it works) and since that’s not really a ‘legit’ way to earn all the achievements the method wont be covered here.

As I finish all the achievements i’ll add some more tips to the endgame side of things, but the majority of everything is already here.

This section is first since these are the easiest achievements to miss in a casual playthrough of the game. There are three ‘secret’ bosses in the game, one for each Act and thankfully none of them are in any of the side dungeons so you will never need to go down the green stairs if you don’t want to.

As with anything in the story mode, play it on story difficulty if you’re having problems with the boss. There is also no way to go back to prior acts once you have completed them and moved on, so you’ll have to tag these on a new character if you missed them the first time. 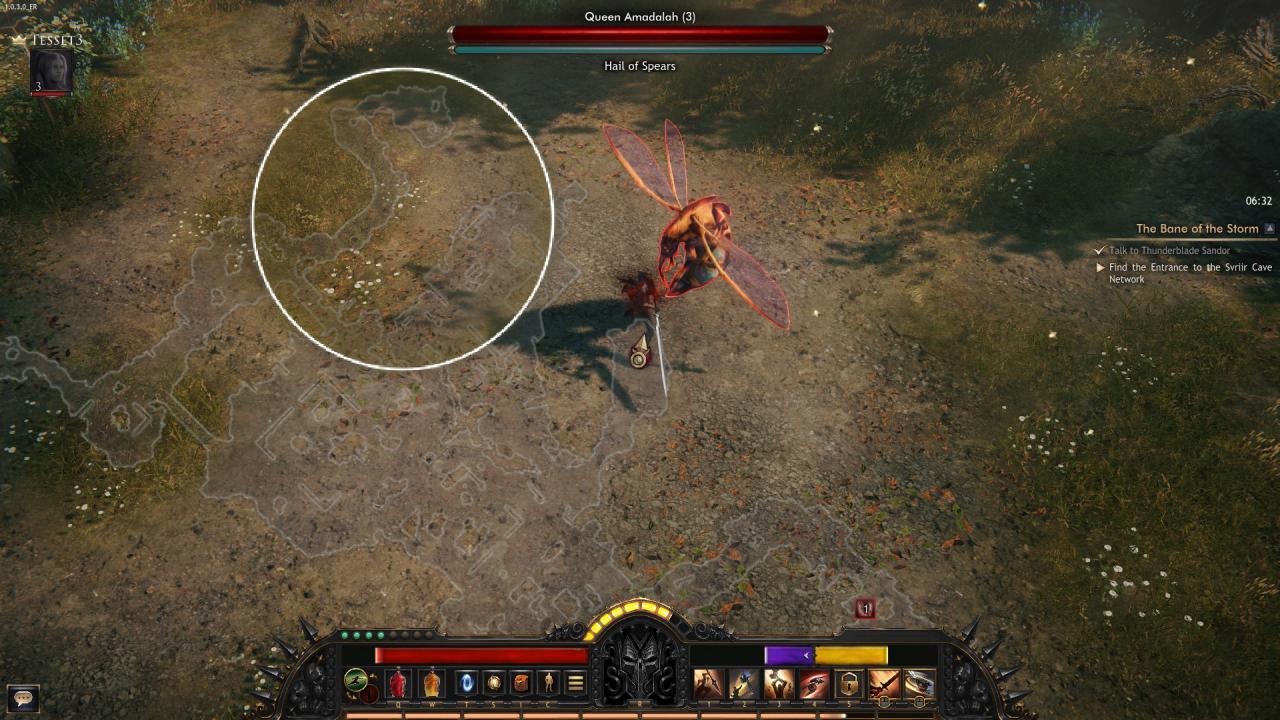 The first secret boss is a unique bug boss that can be found in the top right corner of the map with the waypoint named “Farmlands” at the begining of the Svir section in Act 1. 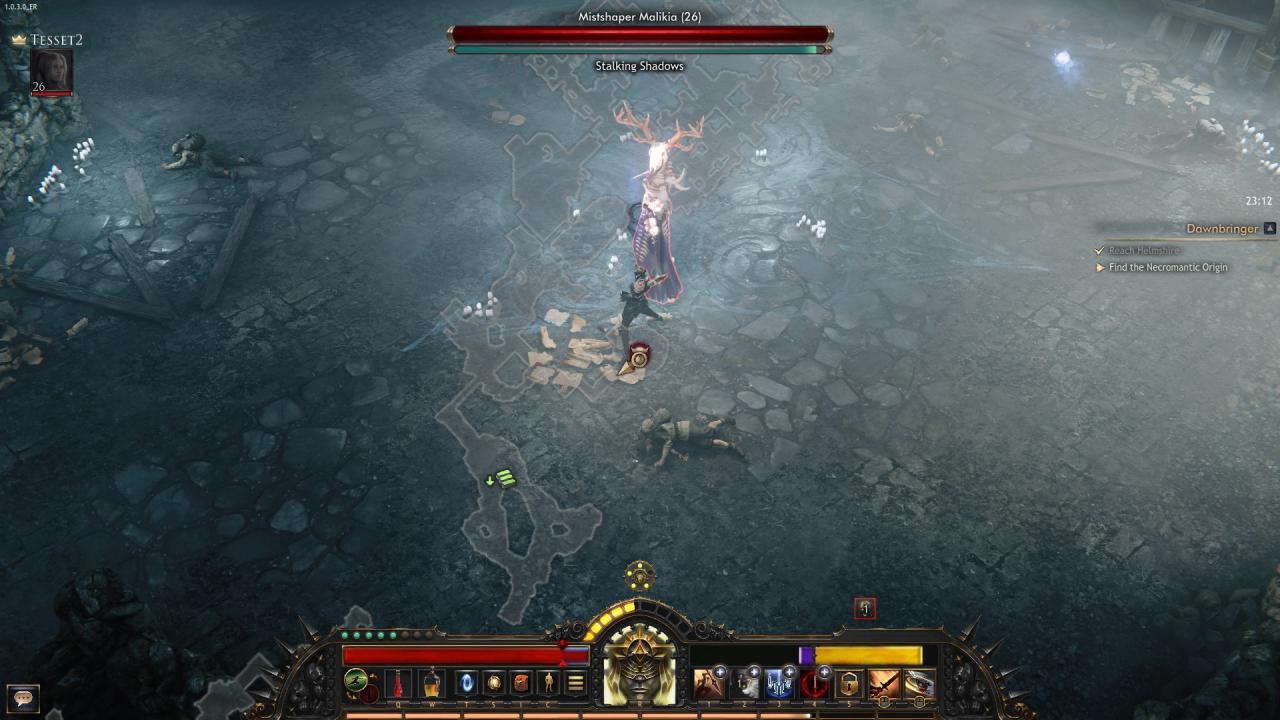 The second secret boss is a unique necromancer boss that can be found right around the corner from the begining of the Helmshire map immediately following the first time you meet Gernese. (Waypoint name upcoming) 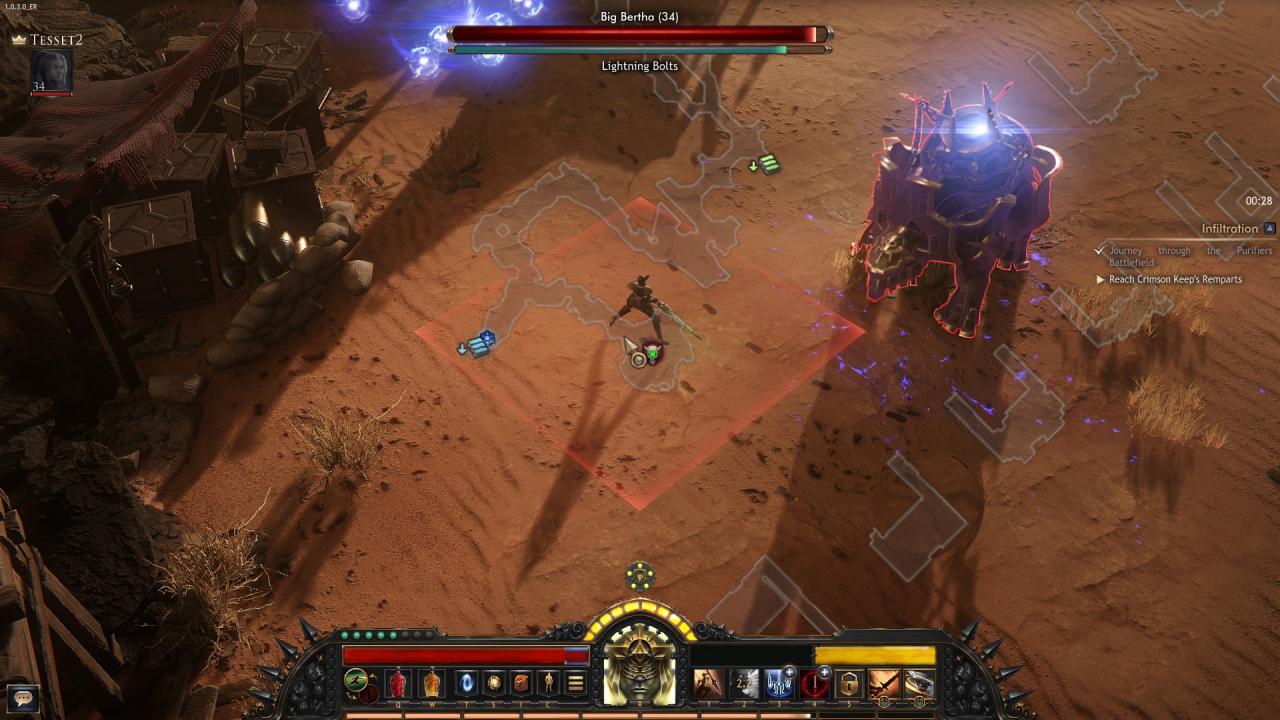 The final secret boss is Big Bertha and she is found right around the corner from the waypoint named “Cell H” at the end of the battlefield section of Act 3.

The Act 1 final boss is the first real heart to heart where you can find out that your build is actually just not good enough to keep going through the game. This boss SHOULD be really easy to beat, even on normal difficulty at level 20, so if it feels like you need to play absolutely perfectly in order to beat him then you either need to respec your character or start a new one.

Trust me, the first time i played the campaign i got stuck on this boss and couldnt beat him after 10ish tries until the multiplayer servers went down and i had to make another character who ended up beating him on the very first try. Its very easy to make a build that does not scale well, If you are making a warrior focus on the Bladestorm skill. Rogues should focus on the arrow rain and turret skills. If you dont want to struggle at all just turn on the story mode difficulty from the main menu.

You’ll earn this achievement due to the quest reward at the end of act 1.

I personally find this to be the most challenging boss in the game. During phase one destroy the sacks on the wall when they start glowing otherwise they’ll put damaging stuff on the ground and spawn adds that make the fight a lot more hectic. During phase two the ‘white circle’ is actually showing you the only safe area on the field to stand in. Try to mop up the adds as soon as they come out otherwise you can quickly get overwhelmed.

The triangle in the center of his invulnerable phase is constantly covered in damage stuff so pick one side of the map and stay on it while avoiding tentacles. Once again if it takes more than a couple of runs at level 30 to learn its mechanics and you still havent beat it then its very likely you just need a better build.

To me this has always been the easiest of the three act bosses. The only real tip i can give is to stay away from the orbs in the corner of the room because they periodically explode and do bad things to your character. Stand on the walkways in between the orbs so that you can ignore that mechanic, and don’t even try dodging through the purple stuff, just run the other way kiting the boss around the triangle.You should be able to beat this boss at level 39

There are two main tips for beating the campaign without dying.

First, if you play alone (both online and offline) the game with give you 3 “second winds” in order to get up before it registers as a death. With this in mind, if you get to the second or third knockout and you dont feel like you can win, just hit the menu button and exit the game. If you want your second winds to refresh back up to 3 charges in the same game session just exit to main menu and then return to the game.

The second tip for beating the campaign without dying is to just play on story mode difficulty available from the main menu. it does NOT affect achievements, items, experience, or gold, so there is literally no reason to feel like youre losing out by playing at this setting for a hardcore run through of the game. Obviously, i’d recomend learning all the boss mechanics on your first run through before you try doing your first hardcore run. And no, there is unfortunately no ‘hardcore’ mode you can activate in the game so its purely up to you whether you keep going after failing these achievements on that character.

If you are really having problems with hardcore more, get to a high level with a character you dont mind dying with in order to farm some good gems then come back to slot them into some low level socketed weapons and just watch everything melt around you. The personal stash is shared amond all characters so you can also front load a bunch of money and eneracts to new characters by just filling a stash tab with throw away items for them to sell or use.

Once you get to endgame the three charges of second wind start reseting every time you enter a new ‘turn’ so you no longer have to worry about exiting and returning to a play session in order to reset your revive counter. My one word of caution is to stop playing greedily. The game encourages you to try and push your luck due to the turn system but the journey to 90 on a hardcore character is such a long term goal that you have to just learn to push down that temptation and quit on the second or third knockout no matter how close you are to a map clear.

Learn from my mistakes, a boss that takes you down for the third time and only has 25% health left is not a safe kill no matter how easy you think it might be to activate ascended mode.

Constructing a new building occurs whenever you complete the first upgrade in each hexagonal menu, just in case that needs clarifying.

As of February17, 2020 this achievement is bugged so if you build ANY of the named buildings it will trigger the achievement. Even if its fixed by the time you get to this point you should be trying to build these upgrades as soon as possible since they apply to any characters in that game mode. For example, if you build the merchant bonuses building in offline mode, all offline characters from lvl 1 and up will all receive the 10% sell bonus / 20% buy bonus.

In order to unlock higher level expeditions you need to complete all three levels of an expedition on a single run without failing, this will unlock the next level bracket, IE 40-42, 43-45, or 46-48

You should earn your first map by the time you reach lvl 50. Place it in the slot on an expedition to activate unique conditions for that level. Usually only works for one level instead of the three that expeditions normally have.

Build and upgrade the vaults building.

You’re gonna grind the endgame missions, over and over and over. I’ll have more to say once I find a way to complete this grind since i’ve been focusing on hardcore characters. Good luck.

Sarisel mode is activated by placing four modifications on an expedition in end game and then clicking on the sarisel mode. The mode ranks you at the end of a floor based on how many things you killed, how often you died, and how long it took you. Needs more testing since I didnt recieve this achievement after an S rank

Currently seems to be bugged? I dyed one block in every armor piece and the achievement still didnt activate as of Feb 17, 2020

Press B for the default hot key to enter the transmog menu.

New forms seem to be awarded based on level? I’ve always gotten three by the time i unlock end game, but i dont know what triggers the fourth unlock

TBD when i figure out what the final gem rank is.

I hope this was helpful with any questions you might have had, especially about the secret bosses. If you liked the guide please leave a thumbs up at the top of the page so others can know its a worthwhile click, and if something is just totally wrong please leave a comment below so that I can hopefully make it better for everyone else that comes by later. Happy grinding.
By ByGN99