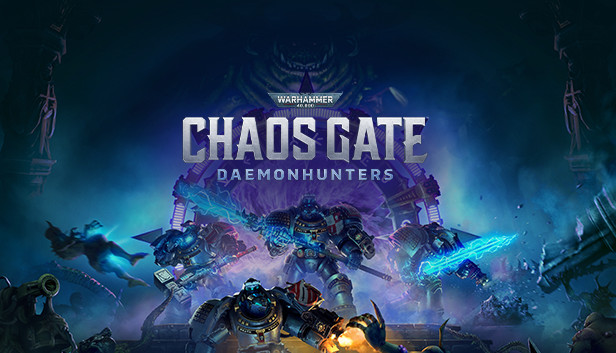 For Warhammer 40,000: Chaos Gate Daemonhunters players who are collecting achievements, this is a detailed achievement guide to help you out.

These four achievements should unlock naturally as you play through the campaign to the end. You can’t miss these.

Hold Your Ground
Defeat Kadex at Usa’rya
Make you you bring a team with high burst damage when you go to the craftworld mission. After Kadex comes out, focus on him and kill him. You have very limited time.

Hands-On Research
Kill 10 enemies with Inquisitor Vakir
There are three missions with Inquisitor Vakir available. Vakir has two pistol ranged attacks, just use those. The first one being the Craftworld one, the second one being the one where Kadex boards the ship, the third one being the Sacrista one where you summon Draigo. You can help her by having your knights whittle down enemies’ health and have Vakir fire the killing shot. Keep in mind that her melee attacks only hit for 1 damage (which means she is all but useless in melee) and cannot do the disabling crit attacks.

Junk Banishment
Defeat Morgellus, the Corroded Prince
Harvest No More
Defeat Malathian the Harvester
A Gift Spurned
Defeat Aeger the Benevolent
Death Comes For All
Defeat Munificus the Undying
Engine Kill
Defeat Cruciatus the Generous
These are the five reapers you will face in game. However, in each playthrough, you can only meet 4. You get three of them with the Codex, but then Kadex will show up and destroy the codex. You meet another one when you go to the warp for the finale. If you want all of them, either save before attuning the codex or use save backup, do one or two of them, and then revert the save to do the others.

Standard-Issue Killer
Win the final mission without any Master Crafted equipment
Strip the levelled gear from your characters and only use the stock gear with infinite supply. Grenades and other equipment doesn’t matter. Make sure both squads have stock armor, stock ranged weapon and stock melee weapon. When in doubt, do it on the easy difficulty.

Executioner
Execute an enemy.
As you are forced to play the tutorial the first time around, you should be able to unlock this achievement a few minutes into the game. If you somehow skipped the tutorial, you can do an execution by knocking an enemy off balance by melee striking it repeatedly. Once they are on the ground, do an attack and the execute prompt will show up.
READ:  Warhammer 40,000 Chaos Gate Daemonhunters Events Guide

Exterminator
Execute 50 enemies
Repeat the process 50 times. The Librarian class has a shriek ability that can be very helpful as it can AoE mass stun enemies. You should be able to unlock this achievement before a campaign is over.

Watch Where You Step…
Kill an enemy by knocking it back
Either knock an enemy into a hazard that will kill it or knock it off the map in some maps which will instantly kill them. Purgator class has the “kick” melee skill that allows you to knock enemies back. Some melee weapons can also knock enemies back.

Look Over There!
Disrupt an enemy’s Overwatch or Suppressive Fire
Frag Grenades can knock enemies away from their original location, this should disrupt their OW or suppressive fire.

Not So Fast…
Kill an enemy with an Auto
Melee classes has the “attack of opportunity” auto that triggers when enemies move by them. This should trigger the achievement.

Blood for the Blood God!
Kill an enemy with the Bleed Affliction
Either use a weapon that can cause bleeding, an Apothecary class character with the “bleed” biomancy skill or just crit strike that afflicts bleed. Get their health down to 1-2 first and pop this on them. Make sure they die to the bleeding. Also, the bleeding kicks in at the end of the enemy’s turn, so plan accordingly.

Friendly Fire
Get an enemy to kill one of its allies
Done in two ways, either the dominate strategem or do crit strikes on characters that can be crazed (hellbrute, foetid bloat-drone, plague-bearer).

Corruption Cleanser
Destroy 50 Bloomspawn
You have to do Blooming missions, each has about 1-2 bloomspawns that you are required to slay. Get purging.

Just a Scratch
Win a mission using only knights with Light Wounds or worse
Only use knights that are injured in previous missions for a mission. They will have reduced max HP. Easily doable on easier difficulties and on seeding missions where only cultists are out there.

Brothers in Arms
Win a mission whith only 2 knights
Basically what it says on the tin. When in doubt, do it on an easier difficulty and use high level characters to do it on seeding missions.

True Mastery
Have a knight learn all available class skills
Focus on getting the class skills instead of the upgrades.

Honoured Battle-Brother
Promote a knight to Rank 9
You need 1700 XP to get to the max rank. You have to grind for a bit.

Mind Like a Fortress
Acquire 20 Grimoires
You can get grims from armory rewards and several other ways. Get 20 of them and this should pop. You might want to prioritize on this one because grims will boost your research speed. Without grims, research will be painfully slow.

Tactical Flexibility
Unlock all Stratagems
Make sure to grab the grimoires and the library upgrades, otherwise the research will be very slow.

Strike Force
Fill the Barracks with 20 knights
You can either get knights by directly recruiting them at the barracks for two requisition points a pop or you can get them at post mission rewards. You start with 6 and you need 20.

The Flesh is Weak
Acquire 5 Augmetics on a single knight
You have to unlock the augmentics chamber at ship upgrades. Augmetics can be used to help wounded knights.

Mass Extinction
Use Exterminatus 5 times in a Campaign
Exterminatus can be used to instantly kill all the infection (and innocent population) on a planet. You can use exterminatus once you arm the cyclonic torpedoes at ship upgrades. Do it five times.

Crisis Management
Achieve victory by Day 500
For this, you need to focus on getting grimoires and upgrading the library because you need that research speed to trigger many storyline missions. The finale also has a 45 day countdown so you need to keep that in mind as well. Grab seeds, but also make sure you don’t use the seeds on unnecessary researches and upgrades because you need those seeds for the storyline and attuning. Might be easier on lower difficulties