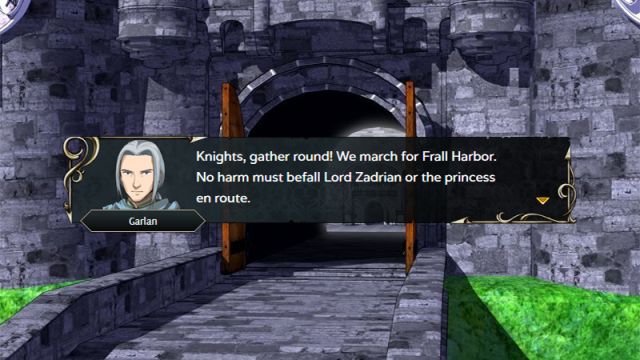 A more dedicated guide to navigating the chapters of Vestaria Saga.

If you feel you need help understanding the occasionally secretive nature of Vestaria, you are welcome to delve in.

This introductory chapter introduces us to a simple map with five characters.

Of particular note are Zade – our Lead, main Lord, and plot character – and Troy, who is arguably the overall best unit in our roster in the entire game. Athol is our female Lead and healer. 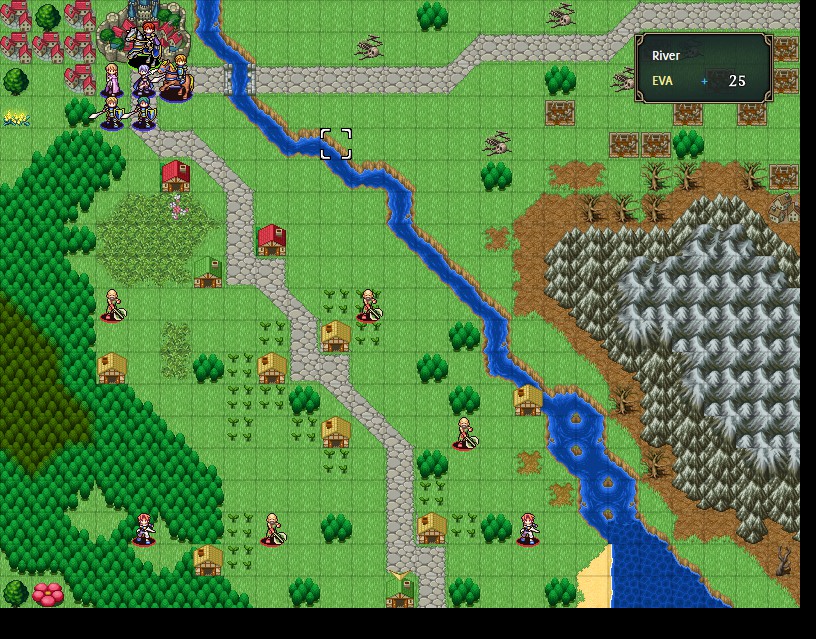 This map automatically deploys us in this formation.

Prologue: Points and Characters of Interest

A Thief is carrying a Jeweled Dagger. Kill him to acquire it. It can be sold later for money. 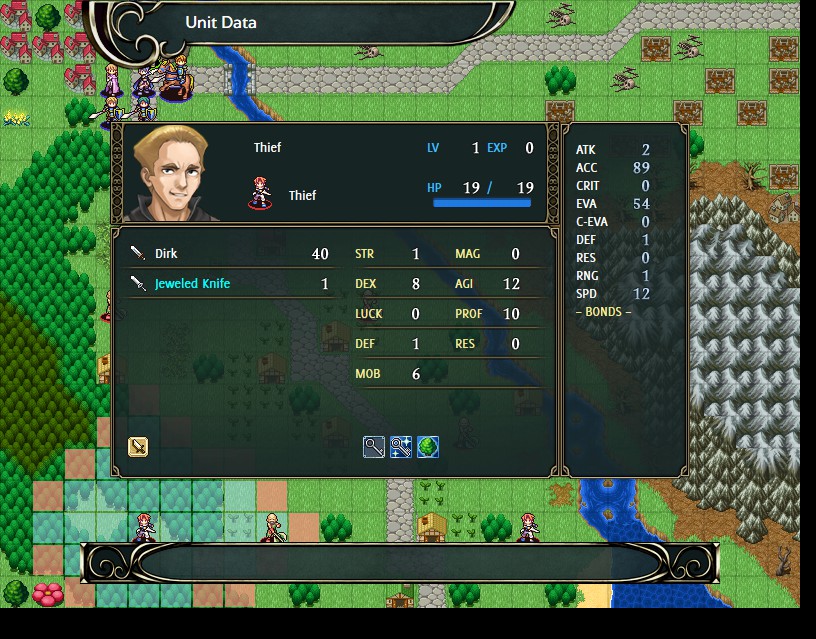 A Thief is carrying a set of Herbs. Kill him to acquire them. Be warned however, that if he is injured but not defeated, he will use them to heal himself. 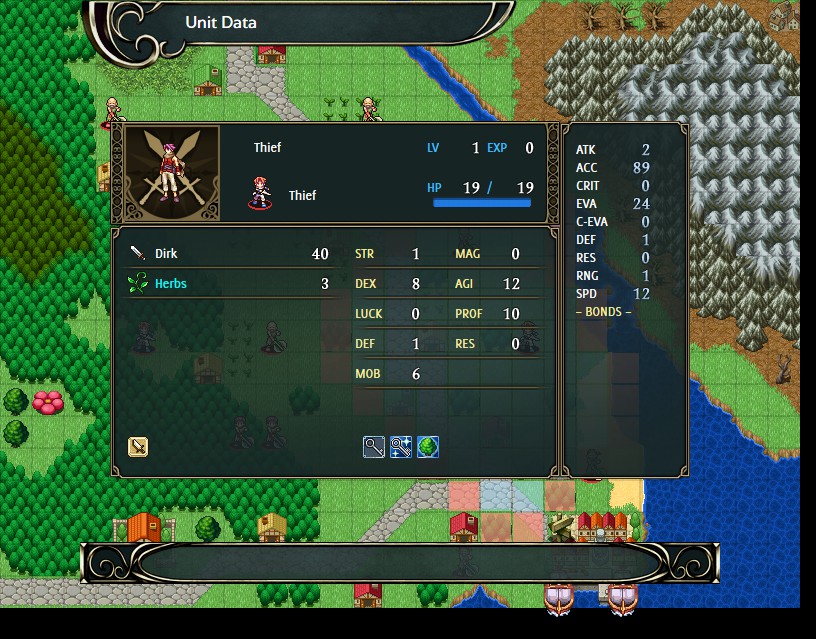 A Ruffian is running around with a Sack of Gold. Kill him to acquire it. It can be sold later for money. 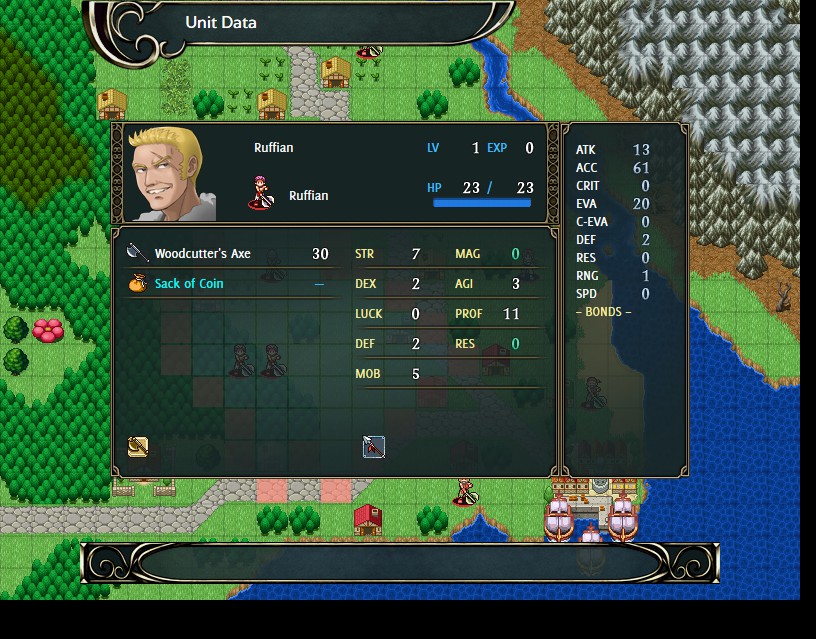 There is a Rafflesia Flower in the Southern part of the map. Moving a unit to this spot and examining it will give you a set of Herbs. 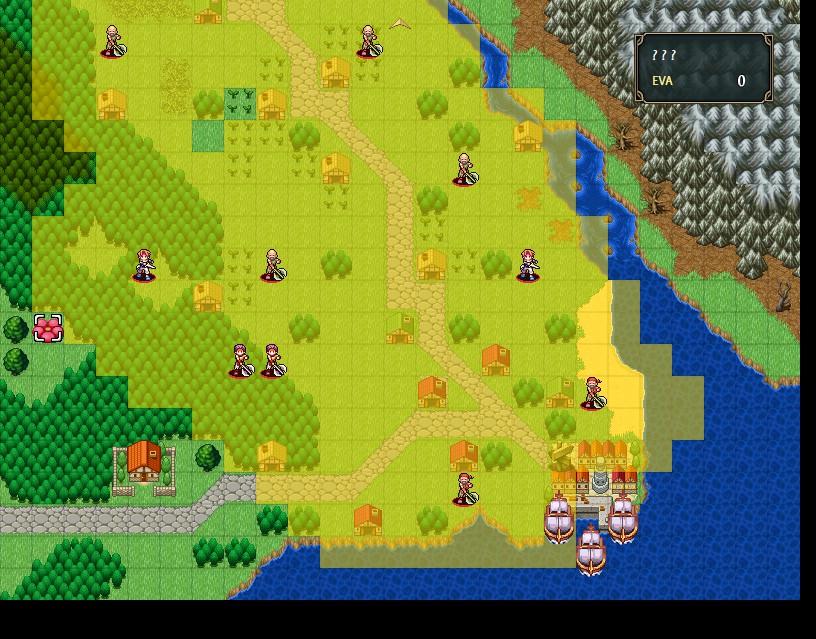 Visiting this village will grant you a Cutlass, a 20-usage sword with a “Brave” Effect. It allows the unit to attack twice as many times in a combat. 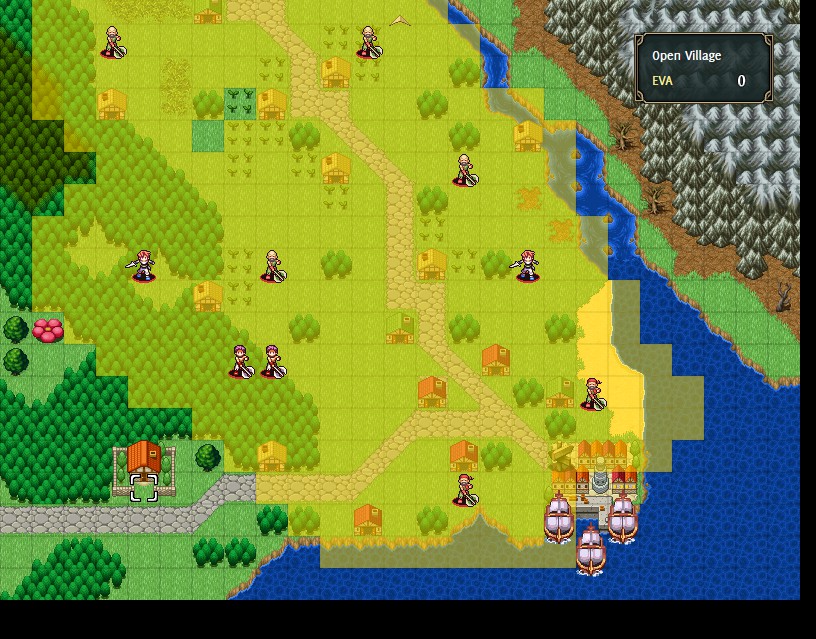 This chapter is fairly easy.
READ:  Vestaria Saga I: War of the Scions - How to Recruit Amundsen

Your goal is to get all five units to the Signpost near the Harbor before all of the boats are taken out, which is fairly easy, even on Orthodox.

Do not that it is possible one of the enemies will actually run around the water’s edge beyond your ability to hurt him. As a reminder, you do not need to rout the enemy this chapter. Just get everyone to the signpost before the boat sinks.

Visiting every house will leave you with a nice total of 2,200 denari. 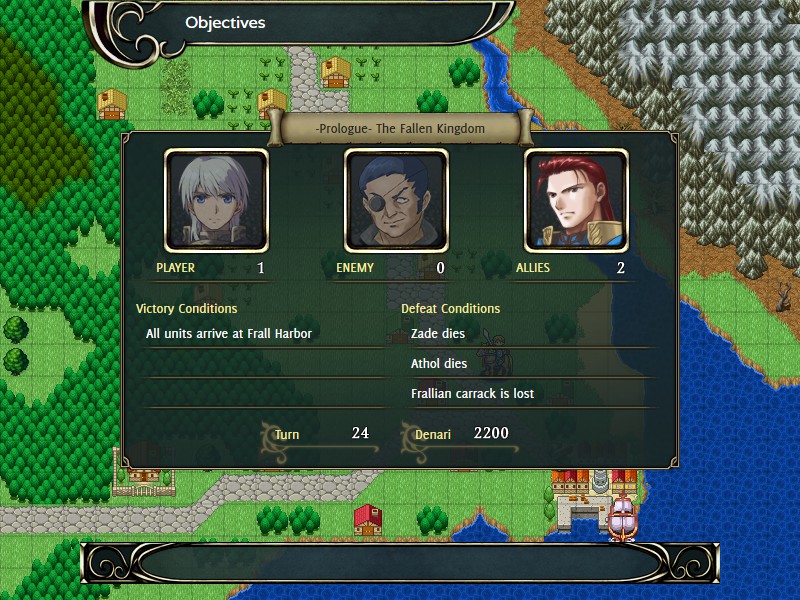 Chapter 1 is much more horizontal than the Prologue. You will begin with Zade, Prody, Bonacel, and Troy all deployed in this formation wielding whatever items they had in their possession last time.
Any items in Athol’s inventory are dumped into the Stockpile (which is probably just the Healing Staff). 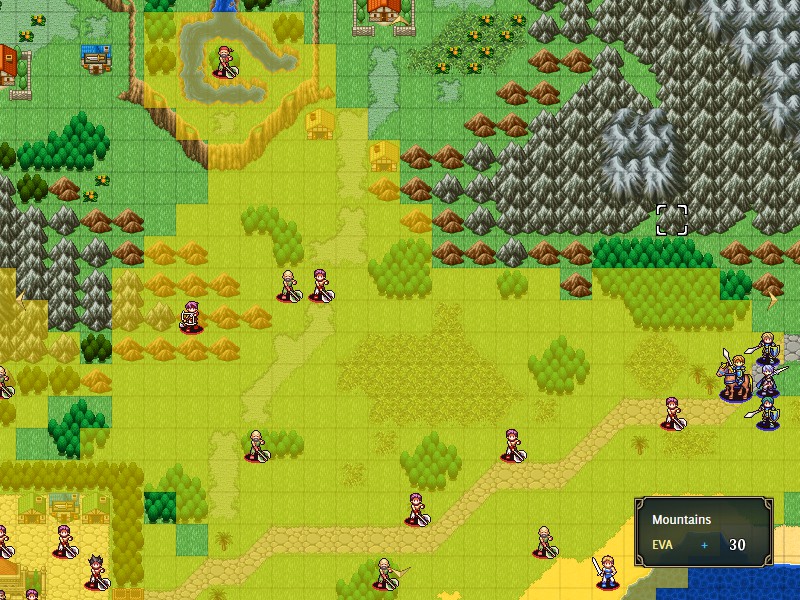 Chapter 1: Characters and Points of Interest

Where do we begin?

Amundsen is probably the first thing you’ll notice. He is a named enemy unit with a droppable sword.
He is not recruitable, despite having a unique portrait and name and reports to the contrary[http//%5Burl%3Dhttps]. It appears that he will not attack you until you recruit Alysia and her boys. 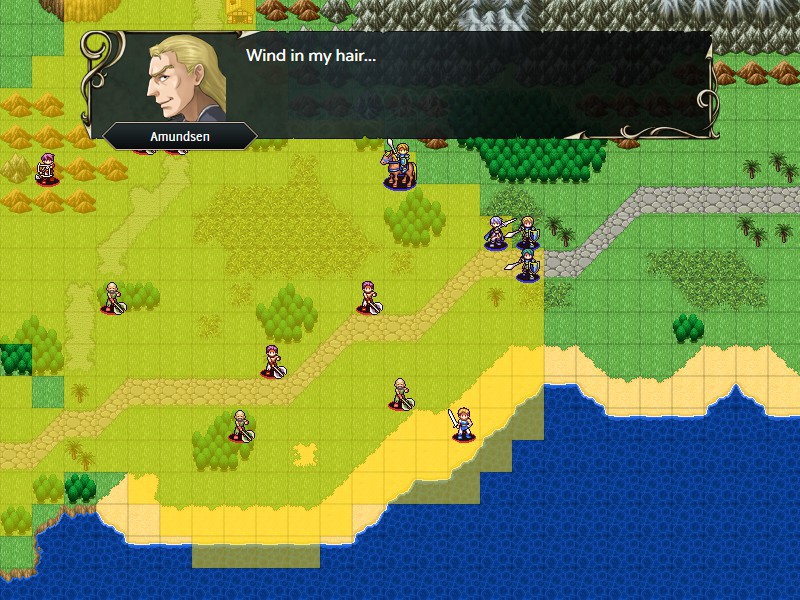 A Pirate named Hooke is hiding in a Forest at the top of this ridge. He drops a Sack of Coins when defeated. He can be easily defeated with Dune using the Cornelius Bow. It is capable of two-shotting Hooke from Dune’s recruitment. Simply move Dune up the cliff from the south and take your potshots. 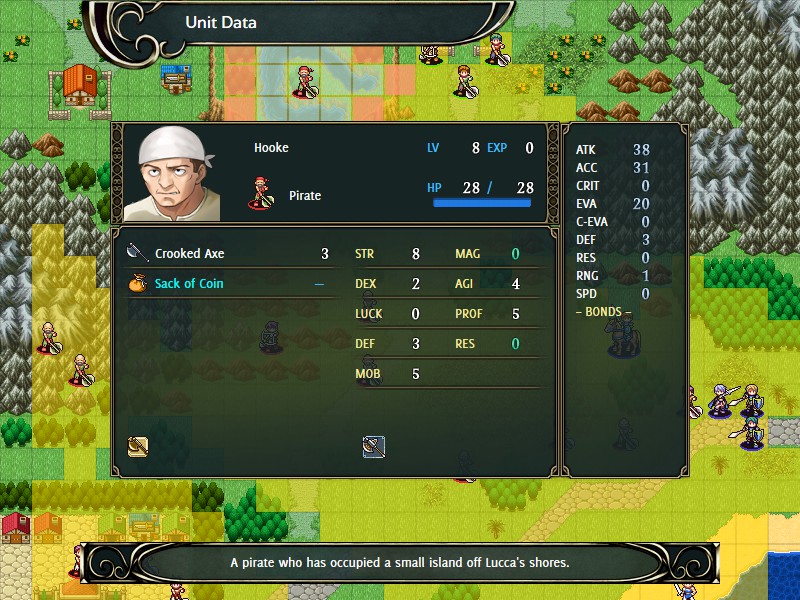 There are two stores available this chapter. One in the Top-Left next to a village, and one in the Bottom-Left. 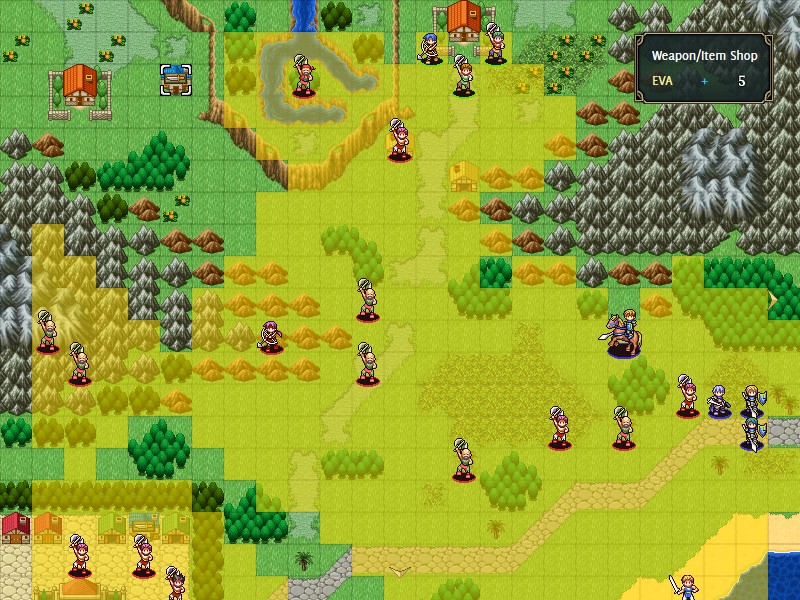 Visiting the North-Western Village will give you 1,200 denari. It is easily visitable by sending Troy. The village will be attacked by Turn 8 as the Bandits slowly make their way down the mountains. When Troy is done securing the town, I recommend sending him to the Top-Left store and buying an additional Healing Staff and getting him a Spear. Both his original Longsword and the Cutlass from the Prologue are limited to only 20 uses. Giving him something a little sturdier to wield as an option is nice.

READ:  Vestaria Saga I: War of the Scions - Tips and Tricks for Movement 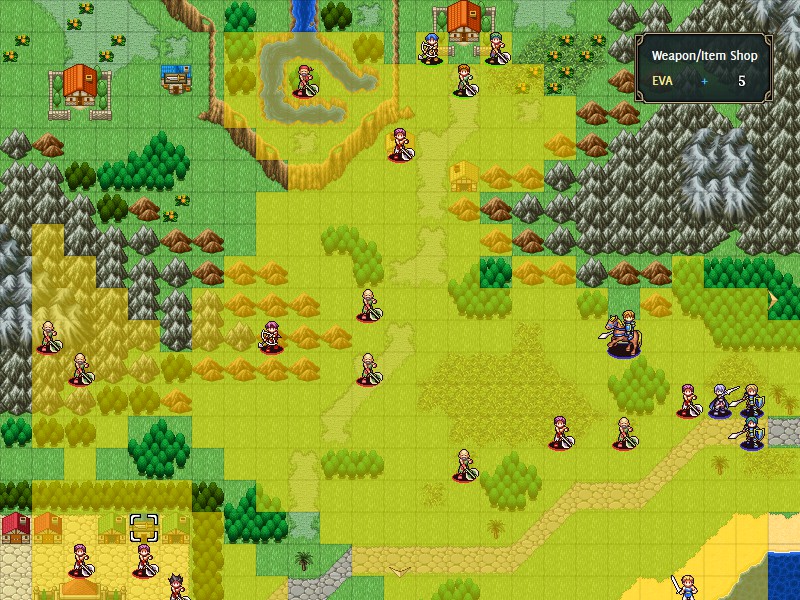 Adjacent to the Southern store are two visitable houses. The right one will give you a 7 Might Service Sword and the left one will give you a vial of Liquid Magic. Don’t give it to anyone in particular: the only one who uses magic in your party right now is Alysia, and as a healer, she doesn’t really need it.

The wares of the Southern store include a Rapier for 1200 denari. 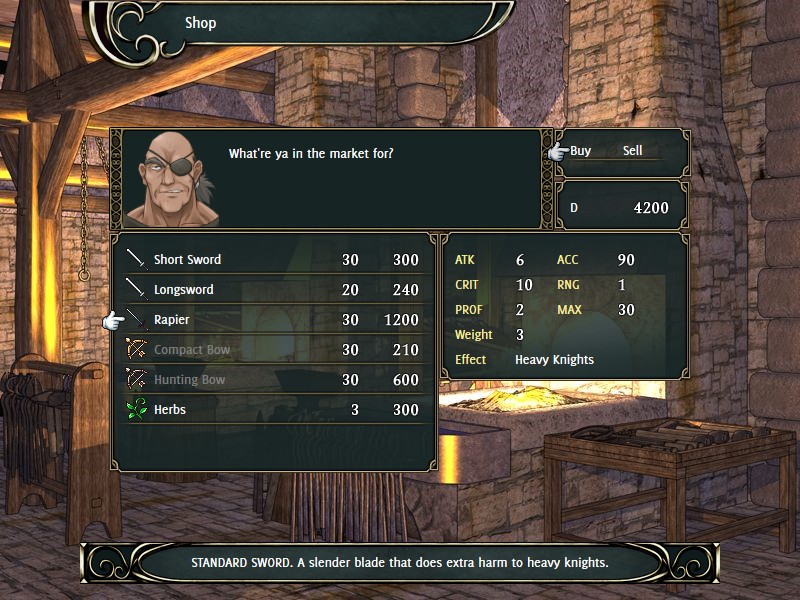 Around turn 4, an enemy reinforcement will arrive and guard the Fortress, the only way to enter the little southern hamlet. His name is Haldyn. You can safely defeat him with whoever right now. He will unofficially join at the end of the chapter.

One strategy for this chapter is to split your forces three ways.

Amundsen will not attack you initially, but he can be easily defeated by Bonacel to get a Mercenary Sword.

You should be able to very easily clear your way through the map until you get to Haldyn. 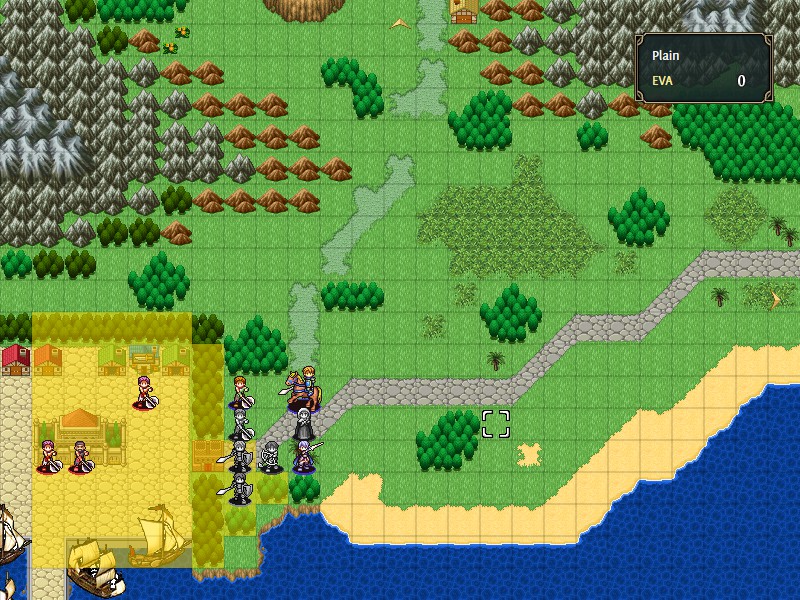 Hadlyn, will not actually approach you. He will stay right there on the Fort. You can attack from a distance with Dune’s bows, a Pilium or a Hurlbat without having to fear a counterattack from him.
Bonacel is also bulky enough to square up next to him and take him head-on. 50% chance to crit doesn’t mean anything when he can’t hurt you.

The Boss is of a similar nature: but he has a 1-3 range throwing axe. Bonacel can walk right up to him and duel him. Dune can also position himself in a Two-Range position and counter-attack, but I would not suggest attacking on your turn. Dune can only survive one hit from the boss, and placing Alysia in range to heal Dune does not sound like a fun time. If he gets hit during the enemy phase, pull him out.

READ:  Vestaria Saga I: War of the Scions - Tips and Tricks for Movement

When the boss finally falls, move Zade to the gate and select Seize to win. 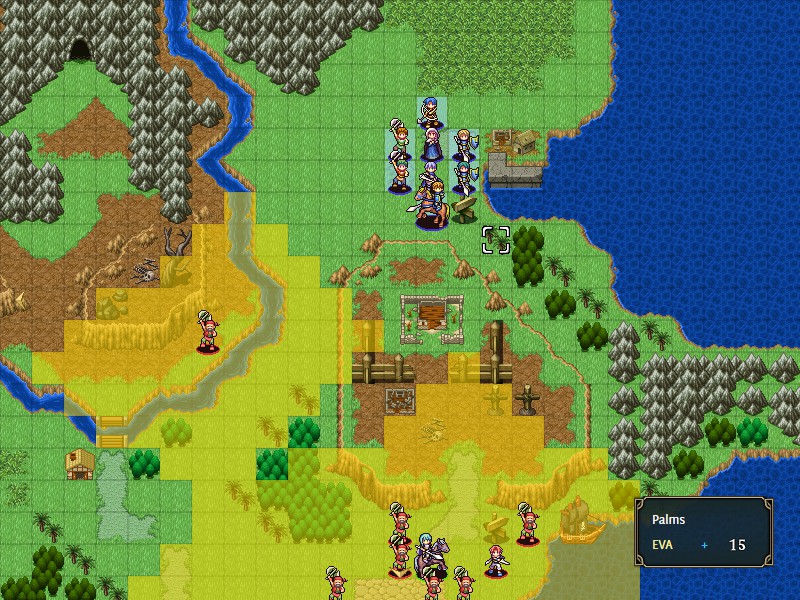 With only 8 units, two of whom cannot be moved from their locations, I believe this is probably the best positioning you can start with.

Troy – your only high mobility unit – is at the front ready to rush down the island. The Guardians are slower and in the back. The boys are closer to the front, and will be of help sooner, your death ball squad is going to happen regardless of where they are.

Chapter 2: Characters and Points of Interest

One of the best units in the game – Merida – is available for Recruitment this chapter.

However, there’s a bit of a catch. One of two conditions must be met:

The first one is preferable to the latter, as it means she is controllable (and can thus start getting experience and kills) for the chapter.

However, it is entirely possible for her to be defeated. If she is, she will be unavailable until Chapter 11.

There is a significant trade-off to be made here. Recruiting her now means you will have access to one of the best units now along with her personal weapon, the Dandelion.

However, if she is recruited in Chapter 11 (read: half-way through the game!) she will sport two additional skills which give her higher growths and Multi-Chance.

I think the opportunity to use her now and grow her that way is better than waiting, but there is something to consider.

Your first objective is to get Zade to the Port within 10 turns.

Once the Harbor has been capture, you will need to take the Cave on the Left side of the map.
By L Ψ Kongroo