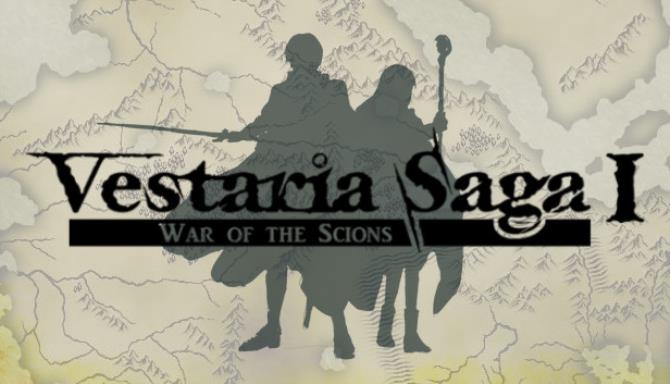 The Vestaria Saga has a number of similarities to Kaga’s previous series “Fire Emblem.” In particular interest, the varied mobility of your troops. There is little I want to touch on that is specific to Vestaria Saga or that serves as a walkthrough for it. This is a blind reaction to the game’s mechanics from the first three chapters of the game and its similarities to past creations. If you have played not played Fire Emblem or similar series, this is for you.

On your turn, you can move your characters around the game map to fight with or interact with other characters.

However, not all of your movements can move as quickly as others. If you examine your units stats, you will be able to find a measurement of the character’s mobility.

A Knight like Troy is mounted on a horse and can move up to 8 spaces. 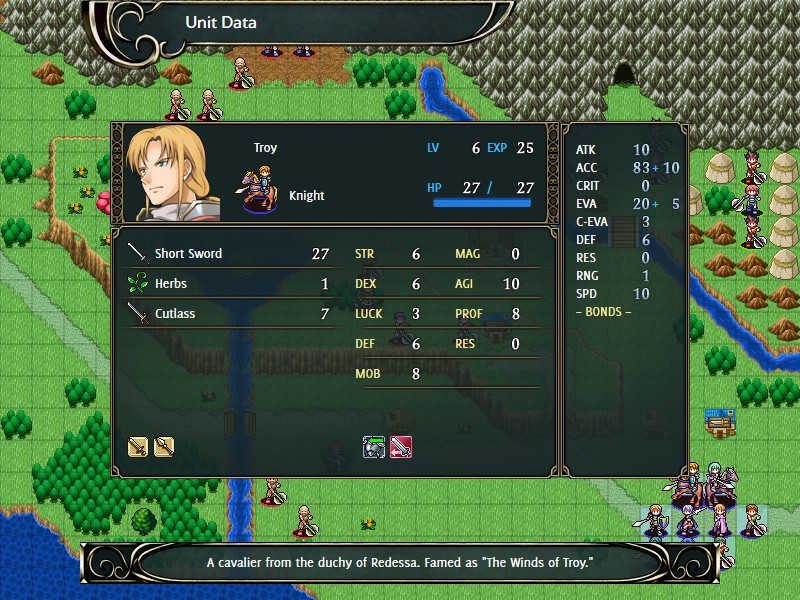 An Armored Unit like Prody or Bonacel is more limited with only 4 spaces. 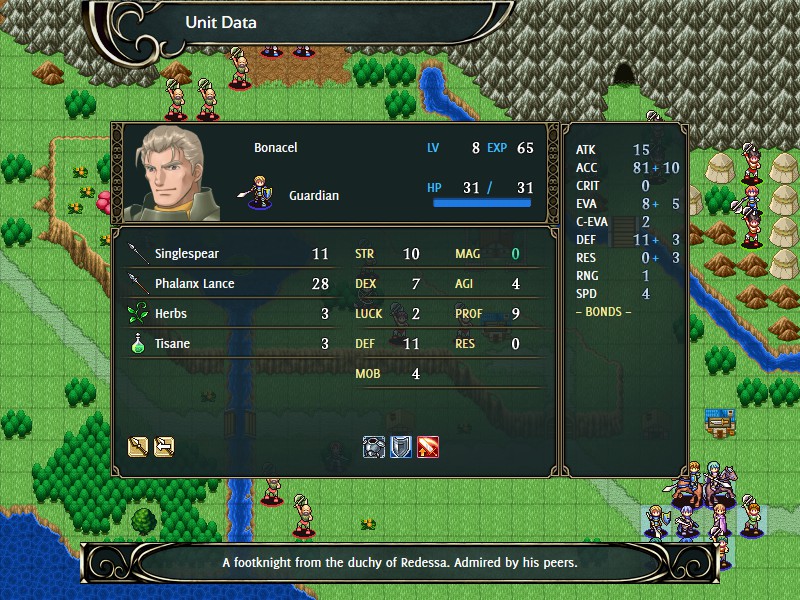 On top of this, some units have a skill that increases their movement. While this is not an attribute unique to our lady friend here, she is the earliest individual with it. 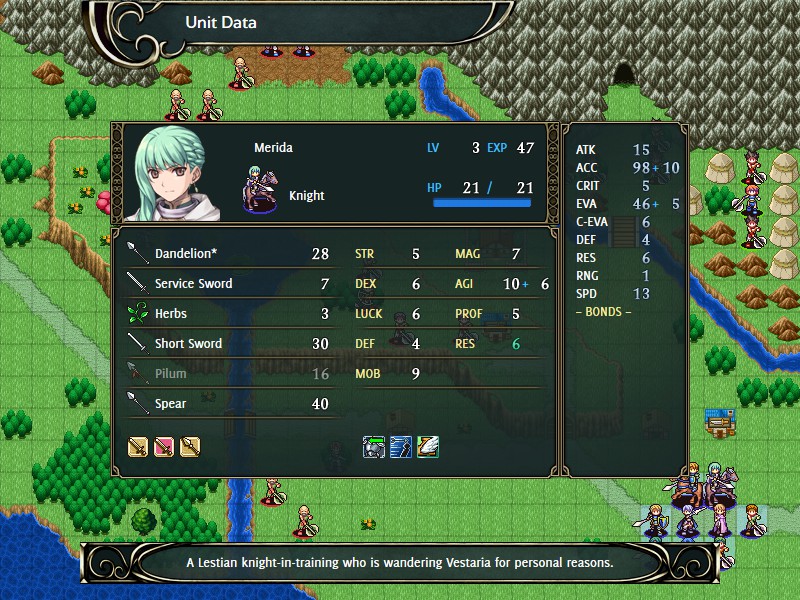 A character’s mobility is both their most basic and most important statistic. Units with wider movement can cover more ground and “do twice as many things” if played properly. They can hit enemy units sooner, soften them up, and then pull back.

There is a name for this tactic. It’s called Kiting.

You may notice when commanding Troy that after attacking an enemy, he can move again if he still has movement. Or that he can move somewhere, accomplish a minor task like trade items or use an Herb, and then still finish moving. in Vestaria Saga, this is a special trait for mounted units. Hit and Run is the name of the game.

READ:  Vestaria Saga I: War of the Scions - How to Recruit Amundsen

There are two ways to those make use of the Cavalry:

There is one consequence that comes from sending off one or all of your high mobility characters together to do something: they lose the immediate access to the sustainability of your healer.

This can be mitigated in a couple of ways.

Most of what applies to your Cavalry also applies to Flying Units.
READ:  Vestaria Saga I: War of the Scions - How to Recruit Amundsen

Fliers (at the time of writing I have not actually recruited any) are even better suited to solo missions because unlike traditional cavalry, they are completely unhindered by most terrain. This mobility does come with a tactical concern: Bows. Bows do additional damage to Fliers meaning they need to be more concerned with where they are positioned during the enemy phase in their presence. This can be somewhat dealt with by approaching outside their range and targeting them first, but this will not always be an option. Archers in some games have more varied talents and their variability makes it difficult to predict how good they will be.

Fire Emblem: Three Houses gave Archers a reliable way to counterattack at melee range at the expense of a skill slot. In Fire Emblem: Shadows of Valentia, Archers could improve their Range by improving weapons at a forge. Multiple games had Longbows that gave increased range. There is also the existence of siege weapons like Arbalests and Ballistae that have much larger attack ranges and can hit enemies from the other side of a small country.

All of this isn’t to say that you can’t or shouldn’t send a flier into an archer’s range. You might have to. But be wary and mindful of the risks before you commit.

High Movement Units are among the most important under your command because of how they enable you to tackle multiple objectives at once. Do not be complacent and assume that makes them invincible. There are specialized weapons and enemy types that can punish an unprepared tactician for their hubris.
READ:  Vestaria Saga I: War of the Scions - How to Recruit Amundsen