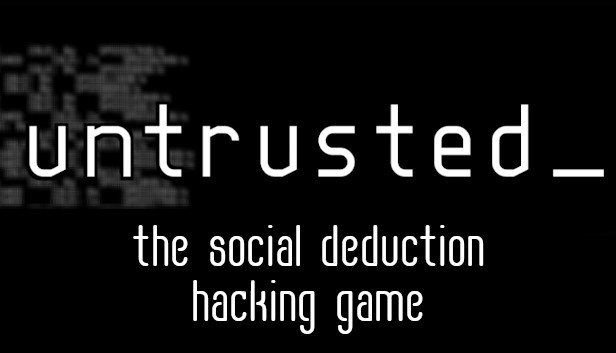 For Untrusted neutrals players, this is a basic strategy guide for the current neutral classes in Untrusted. Let’s check it out.

Every single neutral class has different objectives and win conditions, and has generally different strategy depending on said goals and objectives. Each neutral class once their objective has been completed wants the game to end as fast as possible, to reduce or eliminate the chances of them being removed from the game.

Your class puts you directly at odds with Netsec until you fulfill your win condition, as you essentially have to mark likely Netsec players for arrest and have Agents cooperate in order to obtain your bounties. Your main objective is to gain your required bounties and end the game as quickly as possible.
If Agents are not cooperating or the Field Agent is dead, you may be forced to perform a citizen’s arrest on your denounced targets yourself. You can masquerade as a hacking class with your unskilled attack instead of spilling the beans, but be forewarned that any suspicious Analyst that attempts to verify your hacking abilities will find you sorely lacking, and likely will get you killed. Your denouncement will last for 2 nights, so if the target is not arrested within the first night, consider arresting them yourself.
Framing Journalists allows Agents to arrest them, but this may be considered a waste as you often want to be gaining information on good targets to arrest, for your benefit and the Agent faction. You cannot frame Agents and will get feedback that will say you were unable to frame them. Use this to find any Agent class in the game as your faction check ability will return Netsec on the Agent Leader and can only find the Field Agent at the start of the game. Planting fake information during the day allows you to delay the game in case Netsec is desperate and out of options, although at that point of the game they usually decide to vote suspicious players off in a massive bloodbath. Ensure you are not suspicious during that point.

Your class is a truly neutral class, with the ability to expose and occupy the Operation Leader to everyone in the game, if you are correct in your guess and the ability to occupy various players during the game with an emphasis on avoiding other neutrals.
You can use your rollback to delay the game, although be warned if you openly claimed Netsec may find your presence unwanted afterward. Your Unskilled attack will assist in staying alive although Analysts do have the ability to check your hacking skills. Generally the strategy for this class is to gather up the articles necessary while delaying the game just long enough to do so, then side with the winning faction in an attempt to end the game quickly.

Your class is rather unique as you can become a target to both factions as Netsec may assume you are a more dangerous class and Agents may wish to stop you from preventing their rollbacks and may want intel on important Netsec players still remaining.
You can very rarely successfully hack targets, and your Denial of Service charges are best used at keeping you useful to Netsec, although be forewarned if you block the Agent Leader’s rollback, Agents may find your interference a problem and remove you from the game.
Your Move Hideout ability is best saved for when you believe Agents are coming after you and have no other targets to go for or assume you are a dangerous Netsec class. Survive as long as you can and end the game as quickly as possible.

Your class is actively against both factions and wants to see their leaders eliminated by any means necessary. Disguising your class as some form of hacking class while looking for the Operation Leader is a good strategy, but be forewarned that the Agent Leader can easily have you arrested once they realize you’re after them, so be quick about it.
Interrogate can find out what people are claiming and can help you find the Agent Leader. Once both faction leaders are dead, ending the game becomes your top priority.

Your class is rather difficult as you must gain root through either eliminating the Operation Leader directly or cracking their credentials if they didn’t give root to another player once they are eliminated, and then becoming a target for Agents to arrest.
Agents will usually gladly arrest you as the extra sting charge can prove invaluable, although it’d probably be best to hide what your role is until after you gain root as Agents can gain that sting charge even if you haven’t fulfilled your objective.
You are the only class that has a guaranteed killing ability and can use it before Day 4, so if you use it before then it’s a dead giveaway that you’re in the game. Framing players can be useful in order to disguise their role although after night 3 you cannot successfully say that the dead player was an Agent Leader.
Your role is not vulnerable to analysts and can safely claim some hacking classes, although once the Operation Leader is eliminated you will want to crack their credentials and get arrested ASAP. Being unable to frame a target means they’re almost certainly an Agent so after you gain root you can ask them to arrest you for your win.

Your class is somewhat difficult as you are not immune to being arrested and have no means to defend against arrest attempts.
Finding Agents is crucial to prevent you from getting randomly arrested as you are directly allied with them. You are not vulnerable to Analysts but are vulnerable to faction checking abilities, so plan accordingly.
Wiretap is best used on highly important classes in the game, although it does visit. Wiping a node can only be used on nodes that are not yet hacked by Netsec, so if an Inside Man discovers intel that may be worth taking care of. Find Agents by any means necessary, ally with them and end the game quickly, as you will not win while dead.
That’s all we are sharing today in Untrusted Strategy Guide for Neutrals, if you have anything to add, please feel free to leave a comment below, and we’ll see you soon.