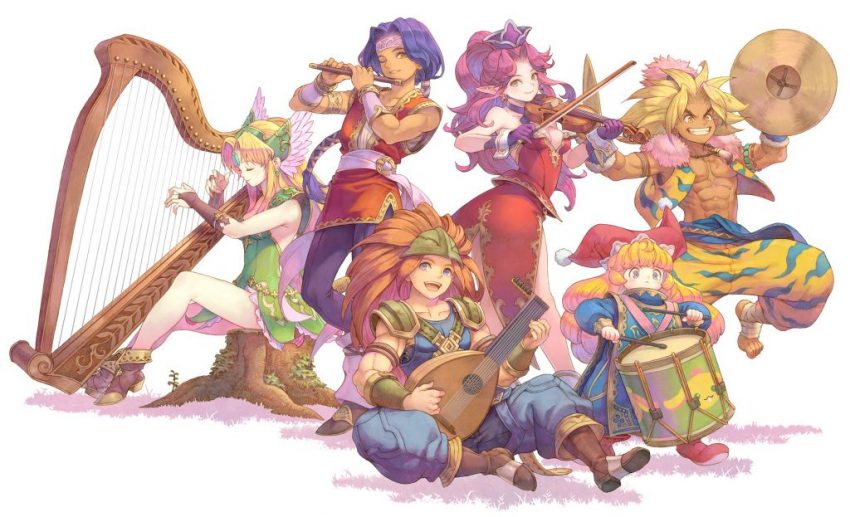 Trials of Mana is a game that is meant to be replayed, and has a “pairing system” that ties into how the story is presented, this guide explains in detail how it works. There is a large focus on replayability by means of making certain content exclusive depending on which characters you picked for your party.

Each character has their own storyline that can only be experienced if you select them as your Main Character, for a total of 6 possible storylines (well, sort of), meaning that any characters that are in your Companion 1 and Companion 2 slots will not have their story play out in your playthrough… with one exception that is the pairing system.

Certain characters form a “pair” where they share common story elements and what main antagonist they’ll face at the end. What this means is that the game doesn’t truly have 6 possible storylines, but rather it has 3 storylines with differences based on which character from a “pair” is the Main Character.
Respecting the pairing system is crucial if you want to have a lot more story and character interaction scenes, basically for a richer story experience.

The 3 pairs (and thus storylines) are as follows:
Duran and Angela
Hawkeye and Riesz
Kevin and Charlotte

In order for the pairing to work correctly and be actually counted as a pair, one of them MUST be your “Main Character” while the other MUST be your “Companion 1”. Meaning that even if you have two characters that form a pair in your party but for example only have them as “Companion 1” and “Companion 2”, they won’t count as a pair and you’ll miss out on all the extra story scenes that would’ve come from that. Likewise the same is true if you make one of them the “Main Character” but the other one your “Companion 2”, again the pairing won’t count and you’ll miss out on extra scenes.

The way it plays out if you have characters that form a pair is that the main story will still follow the general script of your Main Character’s story, but the paired character in your Companion 1 slot will actively partake in that story due to shared goals and plot points, resulting in a lot of extra scenes.
That means that if you want to see most of what the game has to offer in terms of story you’ll need to play through it a minimum of three times, once with each pair, however there’s still differences even in a pair based on who the main character is so if you’re a completionist it’s worth trying out both permutations of a pair, for example Duran as Main and Angela as Companion 1 and then Angela as Main and Duran as Companion 1.

Now that you know how the pairing system works, you might wonder where this leaves your Companion 2 character. The way Companion 2 works when you’ve already got a pair is no different from the way the character in Companion 2 slot normally works, meaning their primary function is only to round out your party for gameplay reasons and only offer minor interjections and commentary during story. As such you’ll generally want to pick a character that compliments your current pairing, for example in a Duran and Angela pairing, Charlotte as your Companion 2 will generally offer the most well-rounded party setup due to her role as a healer/support character.

New to this remake in terms of dialogue are also “All Boys” and “All Girls” parties, which while nowhere near as robust and extensive in narrative as the Pairing System, will also offer their own unique minor dialogue that you can’t see otherwise. They are quite self explanatory in that your party must be composed exclusively of male (Duran, Hawkeye and Kevin) or female (Angela, Riesz and Charlotte) characters. Just to reiterate, be warned that they don’t share narrative or have any unique scenes like paired characters, only have extra unique minor dialogue.

That’s all we are sharing to day in Trials of Mana Character Story Pairings Guide How Pairs Work, hope this guide helped you out, if you have anything to add, feel free to leave a comment, and we’ll see you soon.