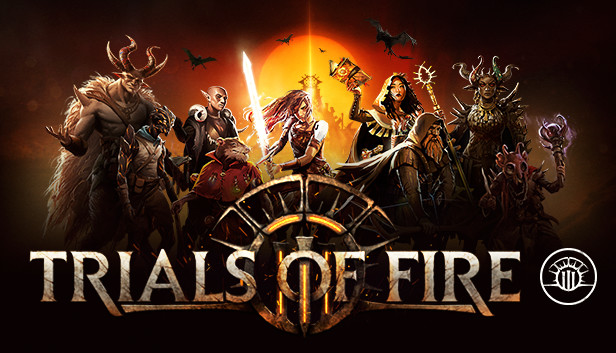 As the game has so many pioneering mechanics, it’s pretty hard to get started by new players. So this guide was created in a rush to explain some mechanics and some tactics for new ones.

Multiple usage of every card – a card could be played, recycled for 1 willpower, redrawn, recycled for a movement, recycled for 2 defense. Unlike the other deck builders, cards not fitting or even weakness cards could be used as resources. Taking “bad” recyclable cards wouldn’t be huge issue on build, but the not recyclable ones and one with auto discard or auto discard another should always be avoided.

The team is a whole and flexible – the willpower pool is shared. You can play power cards on other characters instead of the owner. Some of the power card were accurately designed to play on other characters, like: the Shelter. Depending on situation, you could make any of your character as tank, any of you character as damage dealer (saving for the one with few attack cards) by putting different powers on different characters. For example, if the enemies come in horde, drop Offensive Stance and Battle Stance on your elementist and let she blast the enemies with empowered aoe spells; while facing a boss, drop the powers on your warrior and exploit her low cost attacks. Your hunter in a bad spot susceptible to surrounding? Why not just drop resilient and recycle all his hand cards for defense?

The role of any characters is flexible – why the elementist should be fragile, if she could hold a shield and wear a legendary armor and know how to play armored advance? Why not let the Warlord hold the book of Spark (burn on a target), so when the card is drawn, the elementist could exploit the burn with full hand? Could the hunter do something in close combat with all his melee cards replaced? He could still do crazy damage via combo strike with Stalk power after the enemies close in.

Quality and redraw – quality comes from equipments other than armor, helmet, gloves and shields. Every point of quality provides a chance to redraw in battle. It’s one of the core mechanic in game to keep hand cards healthy. You could redraw any amount of cards. As the team is a whole, you could easily recycle the useless ones and let the others to play cards, if there’re still enough good cards to play with. For your core damage dealers, it’s good to equip some high quality weapons to keep a good portion of attack cards and enough quality to redraw the support cards at crucial time. The assosseries should be chosen carefully, it’s generally not worthy to take a couple of quality for reducing the portion of core cards. Generally there would be someone acting as dedicated willpower generator in your team, try to put willpower oritiented items on one character.

Armor – maybe a hidden mechanic not memtioned in the tutorial. Unlike the other roguelikes, every character has only 10 “true health”, the extra part is the armor. The lost of the armor part wouldn’t carry on between battles. So it’s ok to take health damage, as long as the character still has armor left after it. So it’s ok to place someone as cannonfolder, as long as the “true health” won’t drop and no power lost. In early game, when protecting powers doesn’t as important, it’s ok to try to rotating damage on each of the characters to keep everyone above “true health” line. Don’t feel guilty to let the alchemist taking hits for the warrior. In late game, the amount of armor would become less important on your core characters, as taking armor damage (not defense damage) also drop powers, inserting useless cards on damage dealer would be a bad trade for a couple of armor. 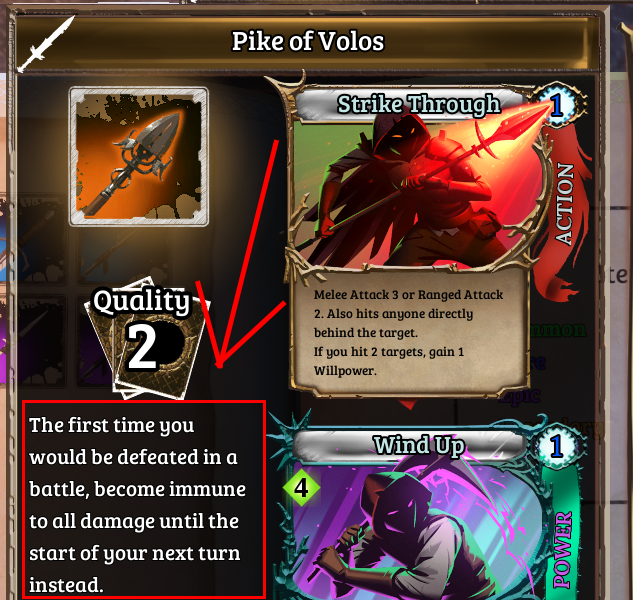 Food Healing – ok… this wasn’t mentioned in the tutorial and generally not needed before Cataclysm 3, when healing from resting only provide 1. On world map, you can drag the food onto any of your characters to heal him/her, it provide 3 health after Cataclysm 3. Good when one of your characters is low, while they don’t need a rest.

How to Gain Damage
Not everyone could play all his/her hand cards in a turn – cards will be recycled for willpower.
Generally, the most efficient way to create high damage per turn is to put all damage oritiented powers on one character, while the other characters recycle cards to feed enough willpower to him/her to play all attack cards.
Just as said, the power could come from any of your characters and goes to any of characters. You can play Battle Stance (+2/3 damage) from the elementist and Offensive Stance (+1 damage) from the hunter all on your warrior, so she could swipe 3 times and do like 18 damage and trigger some combo strikes in a turn.
Shocked could be considered as +1 damage buff to physical (melee or ranged) attack. Burn could be considered as +2 damage to magic attack. Exposed could be considered as +1 to all attack. Your damage dealer don’t need cards for them. Just let your support to cast them.
Drop Take Advantage (free melee attack when nearby enemy gain a named effect) and Aura of Pain (+1/2 damage per named effect on target) on the warrior then let the warrior Hamstring an enemy to get a buffed double attack with 10 damage without any other buff.
Combo strike is the key damage bonus in early to middle game. Recycle a card to get one into combo strike range totally worthy in early game – a swipe costs 2 resource (1 wp + 1 card), a movement costs 1 card. So one combo strike would easily make it worthy and you earn a lot if more than 1 combo triggered. With combo strike bonus cards, it could be a major damage source throughout the whole game – just put those boosts on the one other than your main melee characters as the team is a whole.
READ:  Trials of Fire: Combat Guide

Power
During the game progress, the main fighting capability of your team would become power oritiented. It’s hard to bash a dragon down with 1 to 2 damage per resource, but with Offensive Stance, Battle Stance and Deadeye on your hunter, even a simple Shoot could do 8 damage, which is 4 damage per resource. With Aggressive and Agile, your assassin would do 3 damage and gain 3 defense with 0 cost (play a card but gain 1 willpower back) and it could be more if some damage powers on him.
It’s not easy to generate willpower via action cards, like the Rally only gives you 4 willpower at the cost of 2 and a card – net 1. But willpower could be easily generally with powers like Preparation, Meditation and Calming Presence (giving cards – much better).
Dedicated tank could also be built by stacking defensive powers to block enemies’ path or line of sight. With Protector (+2/3 defense on friends around) + Defense Stance(+2/3 defense on melee attack), a melee character with cheap attacks could easily protect everyone.

Power Protection
Powers could be punched out by inflicting health damage.
It’s crucial to punch out some key powers on enemies than removing one without it. For example, rattling archer could only do pitifully 1 damage with Shoot (ok 2 if happened to be upgraded). But with Deadeye, his damage is accurately tripled to 3. Better to leave 2 of them without Deadeye than 1 with it.
You would want the character carrying powers to be well protected by defense, line of sight blocking or path blocking. Casting power on undefendable characters would just be a waste of resource. So during the team build, defense source would be more and more important with game progress. Armor won’t help you on preseving powers, but Armored Advance and Block will. Someone hidding behind could hold the willpower generators, but the damage dealer would always need some extra protections.
The enemies know how important powers are as well and would like to target the one with most powers on. It’s much better to protect the powers than the characters in middle to late game. Losing one character hurts much less than losing a stack of powers on the major character, as the lost character would still provide 2 willpower per turn – 1 willpower lose per turn on par of losing a Preparation. Of course, losing 2 characters would lead to a serious shortage of resource.
Despite taking items with defense cards, defensive powers or class defensive cards, there would do lots of ways to protect your power holders. You could put the warrior in front of the hunter to take arrow hits for him. Cheap summons could waste some crucial cards on enemy bruisers. Spell inflicting chilled and some push/pull would easily shutdown enemy melee for a turn. Just try to keep a healthy amount of defensive measurements in team to protect the power carriers.

READ:  Trials of Fire: Combat Guide
That’s all we are sharing today in Trials of Fire Basics And Tactics For Beginners, if you have anything to add, please feel free to leave a comment below, and we’ll see you soon.
Credit to Blastom