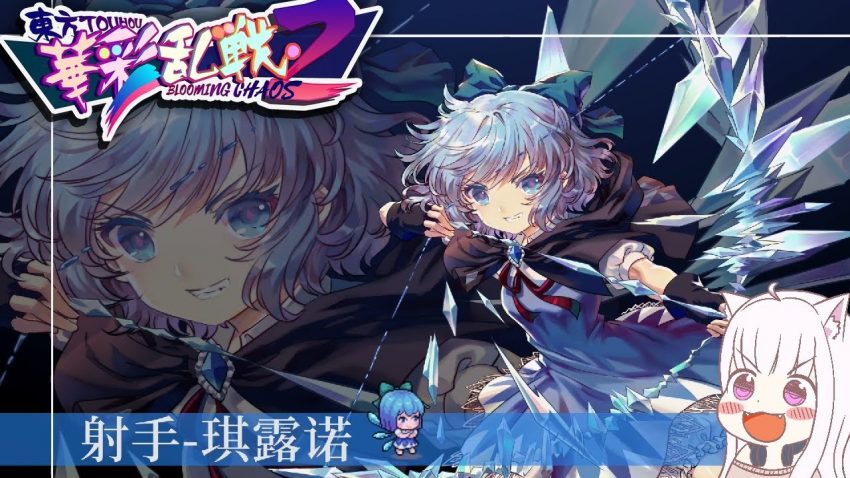 For Touhou Blooming Chaos 2 players, the Oni Miko is a fannon depiction of Reimu, basically her going berserk over getting no donations. I believe it originated from a doujin of the same name. She is a secret boss in the game, and is quite powerful, and can surprise you if you don’t know she’s there. You get an achievement for beating her, so I would recommend it.

You summon the Oni Miko in the Shrine Donation room, as I call it. It appears every once in a while, randomly, on any stage. An image of it is seen here. Once there, you will need to select no donation multiple times. It will give text saying something I couldn’t read fully, (it got cropped) so just take my word for it. An image is shown again. Doing so will summon the Oni Miko. 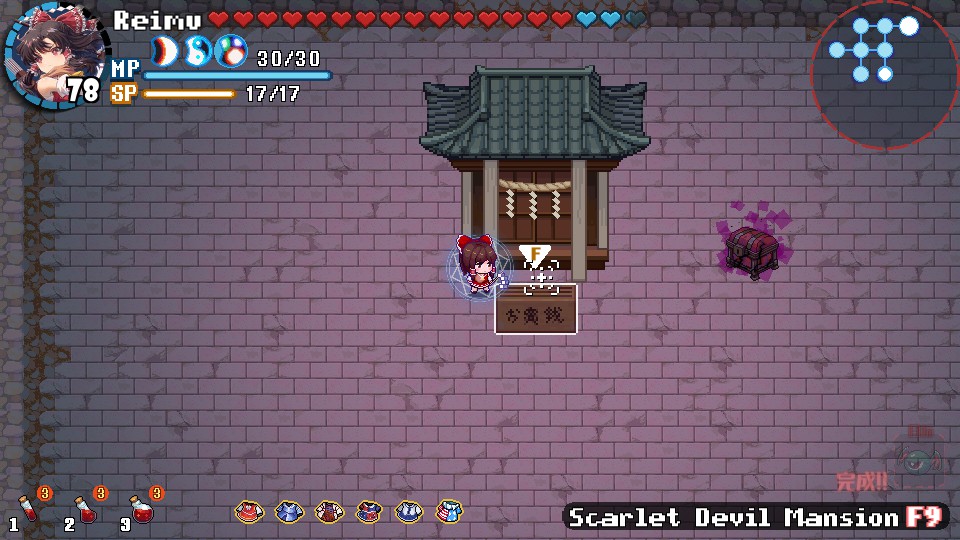 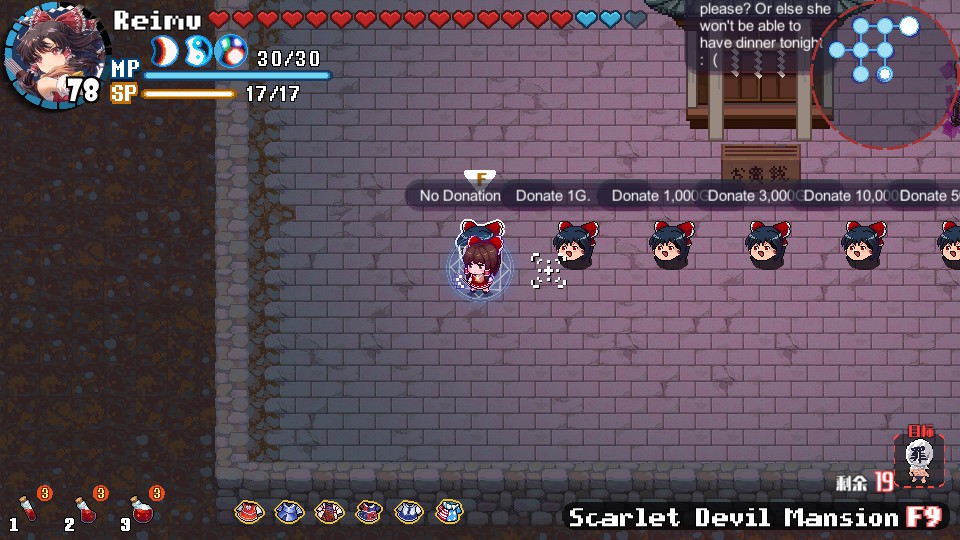 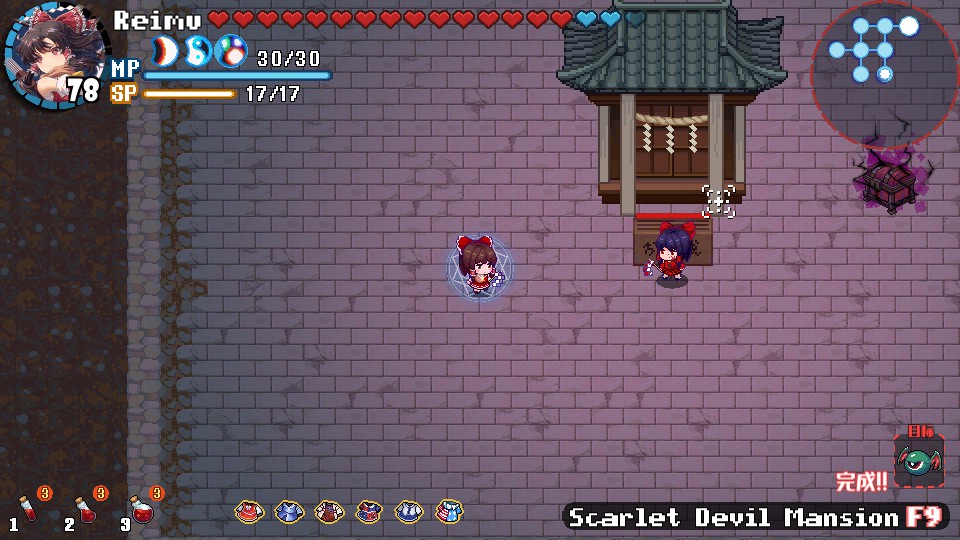 Now for the fun part. First up, she has a shield that makes her an annoying damage sponge. Just keep attacking the whole time, your’re bound to hit her eventually. As for attacks, the Oni Miko can attack you with some red slashes in a grid pattern, summoning yin-yang orbs that bounce around to crush you, throwing some destructible paper amulets in a circle, creating explosions, and by teleporting behind you and slashing. These can and will overlap, so you had better have practiced dodging. To dodge the grid slash, just go in between them. To avoid the yin-yang orbs, avoid the shadows. Destory the amulets before they hit you. When the Oni Miko teleports, dash away immediately. This should get you through well enough, but I recommend bringing lots of potions and other items just in case.

Now that you have (hopefully) won, you can relax, look at the achievement, and see what loot she drops. I have not got the loot pool on hand, but she can drop the bloodstained miko outfit that gives a chance to oneshot normal enemies. SHe may drop the boss coin too, but I have not seen that yet.
READ:  Touhou Blooming Chaos 2 Puzzle Rooms Guide

That’s all we are sharing today in Touhou Blooming Chaos 2 How to Beat Oni Miko Boss, if you have anything to add, please feel free to leave a comment below, and we’ll see you soon.