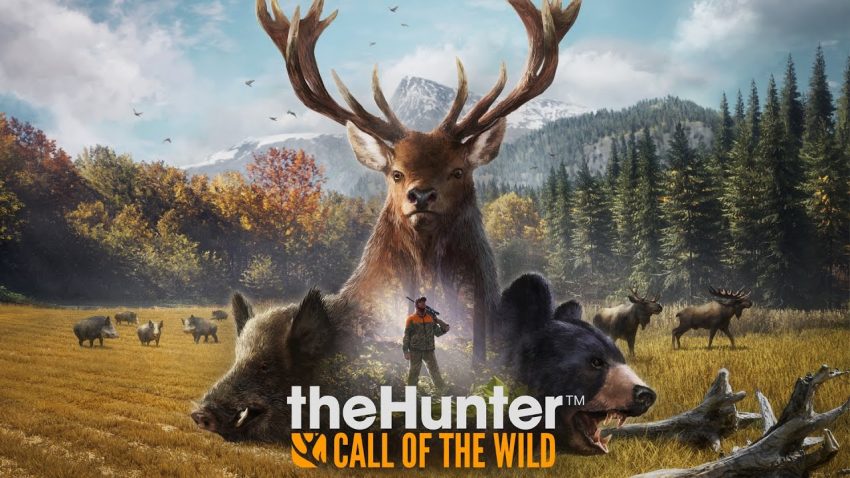 For theHunter: Call of the Wild Animal players, this guide will teach you how to predict animal movements in game, let’s check it out.

These are some facts that will help you predict animal movements. The first fact is that animals do not respawn unless killed. This means that if an animal goes out of your render distance, you can still find that animal somewhere else in the reserve. We will refer to this rule as rule one later in the guide.
Another fact you need to take into account when predicting animal movements is that animals have a predetermined path on which they will follow. This means that if you see a group of animals traveling in a certain area, you can set the time to when you saw the animal and find the animal near the first place you saw it. Keep in mind that animals travel through a certain area during a certain time, so an animal you saw at 7:30 may appear in the same area at 6:55 and so on. Keep in mind that the set path links to multiple need zones on the map. We will refer to this rule as rule two later in the guide.TL;DR: Animals do not respawn unless killed and they travel on a select path, which helps you predict where the animal will be at a certain time.

In The Hunter: Call of the Wild, animals do not respawn unless killed. This ties in with rule two as you can see the same animal on its set path on two different in-game days. Keep in mind animals that can be in the “stalking” and the “chasing” status (lions, puma, mountain lions, ect.) will not kill animals, rather scare them away. This fact isn’t as important compared to rule two, but rule one is good to know for newer players.

The fact that animals travel on a select path is very helpful when used correctly, and I have gotten many diamonds using this fact. It is especially helpful when tripod hunting, as tripods can help you scout out animals in a region; and the animals can be predicted easily using rule two.
The first thing to do when you see a group of animals you would like to predict is analyzing what time it was when they passed.
The second thing to do is to analyze their movements. Where did you first see them? Where did they leave your line of sight?
The third thing to do is to reset the time to 30 minutes to 2.5 in-game hours before you see the animals. We do this because rule two tells us that they travel on a set path during a certain timeframe, so if we reset the time to before that timeframe we can predict where the animal will be. The game seems to not load animals for about 30 in-game minutes or so after you reset the time, so keep this in mind.
If you aren’t having much luck with resetting the time, then you probably disturbed the animals to get them to appear in a certain location. Think of what you did that could’ve disturbed the animals before you first saw them. Then, repeat what you did some 30 in-game minutes before you first saw the animals, then try to catch them where you first saw them. You could also try flushing the animals out by disturbing them. You can see if you disturbed the animals during your first sighting by spotting the animals and seeing if they are “nervous”, “attentive”, or “alert” (certain skill required). I like to record the first sighting, so I can review the sighting later on and try to find out details that might help me find the animal. This will help you get a lot more diamonds and rares.
Another thing to account for are need zones. If an animal goes out of your render distance, you can analyze the direction the animal was traveling to try to find a need zone the animal might be traveling to on the map. This works because an animal’s set path links to multiple need zones.

My conclusion to these facts I have observed during my 400 hours of The Hunter is that they are very useful facts that will help you get diamonds. Predicting animal movement is really important to hunting down diamonds and (I think) not many people know all the details about predicting movement. Thank you for reading this guide, and I hoped it helps you get more trophies.
That’s all we are sharing today in Cinderella Phenomenon: Evermore 100% Achievement Guide, if you have anything to add, please feel free to leave a comment below, and we’ll see you soon.
Credit to DaMemeMan5