If you play the lastest Terraria 1.4 and looking for a guide of ocean lucky coin and slime staff money farm, this guide will explain how to do and how it works, let’s check it out.

Due to changes in aggro mechanics, old pre 1.4 ocean farms are not working. I was looking to make this farm great again. It wasn’t that much of an effort. Biggest change is that the farm is built on the bottom of the ocean instead of building on top.

How does this farm work and items you need 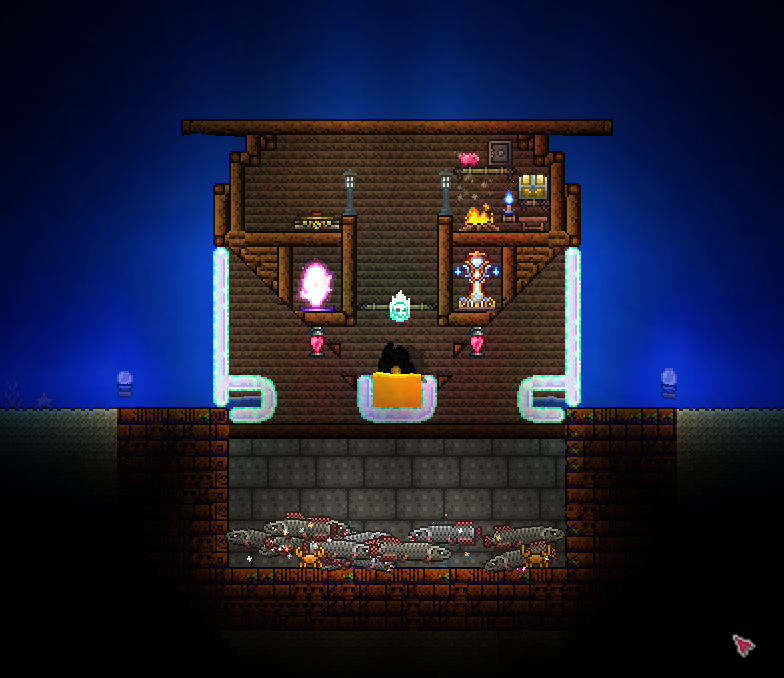 You simply need to aggro enemies to death pit where your slimes from Slime Staff will slowly hit them to death and each hit will have a chance to generate coins with Lucky Coin.
(New aggro mechanics require mobs to be able to “see” you. You can’t have placed walls between your character and a mob. But I found out that you can have one sloped block placed and the enemy will still detect you. It’s still required to stand in fluid.)

Items you need and how they works

With the Lucky Coin equipped, there is a 1/5 (20%) chance that 1 to 10 extra coins will drop each time the player damages an enemy. Each time extra coins drop, the following probabilities determine the coin type:

Tiki Armor, Pygmy Necklace, Necromantic Scroll and Papyrus Scarab will give us the ability to summon 8 slimes. Every Slime gives us a chance to drop coins. More slimes = more hits per second = more coins per second.

What is required:
READ:  Terraria 1.4 How to Fix Meteorite Not Spawning

Optional stuff (Things that will make your life easier):

Overall look of the farm:
I will give you just a look on sizes of my farm and describe some important parts. Feel free to dezign it your unique way.

For most efficiency you need a flat place. From where your character will stand make a flat flor of 84 blocks left and right(168 blocks in overall).
Preventing spawning in caves below the farm will also help in longer farm runs. If there are caves You need to fill everything below the ocean floor, 50 blocks down. If enemies will be able to spawn in caves they can prevent more spawns in Ocean due to the maximum number of simultaneous on-screen enemies rule.

Here I will give a little advice. Don’t rush with placing Lizhard blocks. Try placing them last because the amount of Arapaimas that spawn will create more fight than you need during building progress.

Length of the farm

Bubble wall preventing Ocean to flow into farm and ceiling: 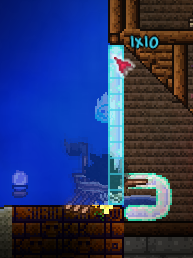 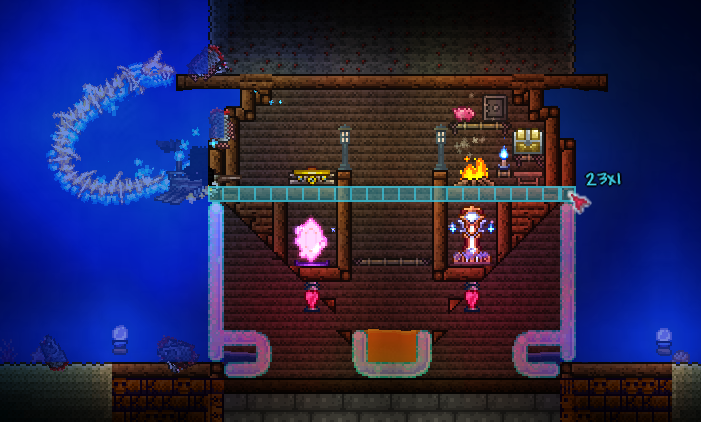 After placing the bubble block wall and ceiling you can get rid of water from inside of the farm. Just simply dig a shaft to caves below and let water to flow there. Then fill up the shaft with blocks again. Or simpler way is to use Super Absorbent Sponge if you have one.

Sloped walls going from sides of ceiling to the middle are important because they are blocking Arapaimas from jumping on your character but are still giving some view for aggro mechanics.

READ:  Terraria Multiplayer Guide How to Host a Game

From the bubble wall there are bubbles with 1×2 tiles of water above the death pit on each side. Those are preventing Sharks from staying in the ledge.

Death pit:
10 depth pit should be enough for your slimes to not jump out. They will rarely jump out but it shouldn’t be a big deal. 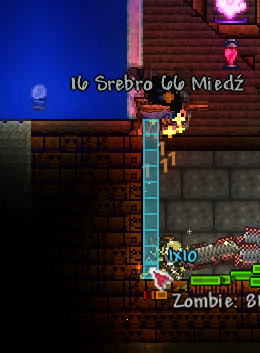 Place for character to stand:
It can be filled with water as well. I like to fill it with Honey in case of taking some unexpected damage it will give some HP regen.
In Honey one block above bubble blocks there are placed platforms you can stand on.
On both sides there are sloped blocks placed evey 2 blocks. They are preventing Arapaimas to jump to you when they go full speed. 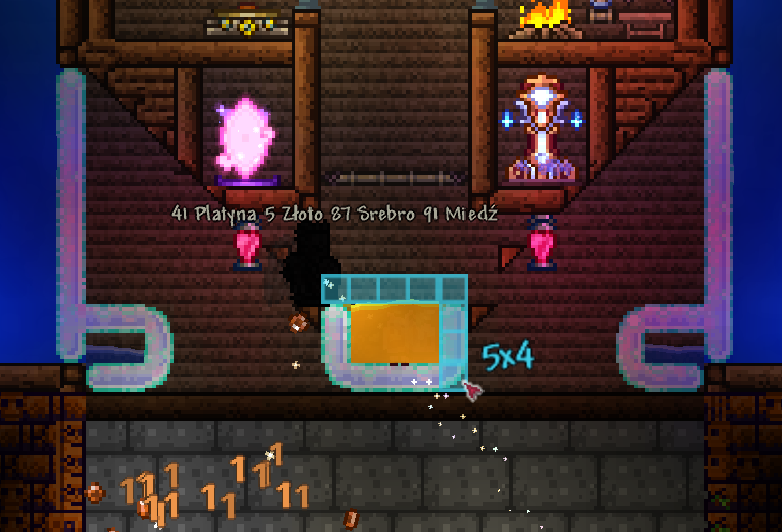 Few words in the end

It’s not the best explanation on how to build but i think there is enough to see how it works and how it looks. When I’ll find some more free time I’ll try to provide screenshots from building progress on a new world, not from existing one.

There are some issues I’ve noticed. Random SolarEclipse event will kill you if you are AFK. There are mobs walking on background walls and mobs doing range damage.

That’s all we are sharing today in Terraria 1.4 Ocean Lucky Coin and Slime Staff Money Farm Guide, if there are anything you want to add please feel free to leave a comment below and we’ll see you soon.