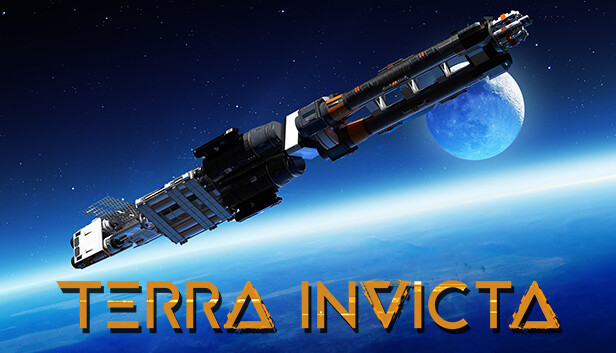 For Terra Invicta players, since the interface makes the incredibly large tech tree hard to understand, this guide will help you understand which techs and projects should be prioritized, as well as give tips and tricks for research.

Let’s start by understanding the basic mechanics of research. You get research points from 3 main sources:
1. Nations you control
2. Orgs your councilors control
3. Space labs

1. Research in countries depends on the following

You want the first three as high as possible and unrest as low as possible. The ideal value for cohesion though, is 5. Note that the knowledge priority boosts only education, government and cohesion. Other priorities can also help your research. Economy increases your GDP, military lowers unrest, and welfare also lowers unrest via lowering inequality. Unity can also help increase research, sometimes actually more so than knowledge itself, since it boosts cohesion much quicker, which also helps lower unrest. When your cohesion is very low, prioritize unity over knowledge. Spoils is the absolute worst for research output, lowering many of those quantities. Don’t run spoils in your research focused countries

2. There’s not much to say about orgs and councilors, other than that it’s an important source of research in the early game but becomes less important later.

3. There’s a whole bunch of modules that grant research points and bonuses to research. These are very useful later in the game, but the only tier 1 models that are really worth the while are the xenology labs, which grant 10% bonus to xenoscience research. The others grant a measly 3% and only a few research points so feel free to not build them if you don’t think they’re important for your gameplan. We’ll talk about the tier 2 research modules in the next section.

4. Okay, I lied, there’s another important source of research income, one that’s hidden away in the tooltips and not explained properly in the tutorial. If you put research priority into multiple techs and projects, you get bonus research. You only need to put one priority point to get the boost. It’s quite a significant boost as well. Therefore I recommend that you put at least one point in any tech that matters to you, unless there’s a project that you really want to finish quickly.

Now let’s talk about technologies. Technologies are global, everybody puts points towards them and they benefit everybody, so not every tech will give you an advantage. However, if you put more research into them you will have a better chance at obtaining the associated projects quickly. You also get to pick the next tech if you invested the maximum. Also, if you’re anti-alien, you have an interest in improving tech so that you can match the alien technology. However, if you’re playing as the servants, it can be an interesting strategy to only rarely invest in technology just to keep everybody behind the aliens. Alternatively with enough research you can try to lock out key technologies by putting more research than anybody else into all techs.

Most techs also don’t give any advantages by themselves. To get the benefits, you want to be looking at the associated projects. Since it’s very hard to see the project details in the interface, and in some like ship modules you get almost no information before you actually unlock the project, make sure you read the rest of the guide to understand what to prioritize

1. There’s really only one very important project in this category – Clandestine Operations, which allows you to recruit your fifth councilor. A fifth councilor just allows you to do more of everything. This is probably your most urgent early game priority. You get it from the We Are Not Alone tech. Make sure you prioritize that. Another tech to notice here is Deep Space Skywatch. When you research it, the Academy will suffer a crackdown in half of their control points. Try to time it so that you can take the most advantage out of it.

2. Space mining is your first space priority. Don’t bother using your boost on anything else until you get at least a bit of mining online. This will require you to research Mission to the Moon, Outpost Habs, and Space Mining and Refining. These will unlock mining on the moon, outposts (which is where you put your mines), and the mining module, respectively. Make sure you actually research the projects for these modules. After you get these you’ll be able to mine the moon. However, the moon will not have all the resources you need, so next you should research Mission to Mars and Fission in Space. Fission in space unlocks the fission pile, which will make it much easier to get the necessary energy on Mars. When you’re getting the “Mission to x” techs, make sure you have some boost ready to send a probe and then snatch the most lucrative mining spots before your competitors can. Sometimes you will want to wait until you actually have enough boost. Another incredibly important project is nuclear freighters (Solid Core Fission Systems), which will greatly reduce boost costs. Reusable rockets (Advanced Chemical Rocketry) is another important one in getting your boost income nice and high

3. Faction projects are those that are not related to a certain tech and usually are tied with some objective. Make sure to complete those. They will also be there later, but I will not mention them anymore in this guide, as you’ll pretty much always want them. One specific project worth mentioning is Defend the Earth, which allows you to control significantly more countries, which is very useful.

There’s also a whole bunch of shipbuilding techs in the early game tree. Don’t bother with those yet. It’s going to be years before you will need to develop your first ship.

I’ve underlined the important early game techs and their prerequisites in the tech tree below. 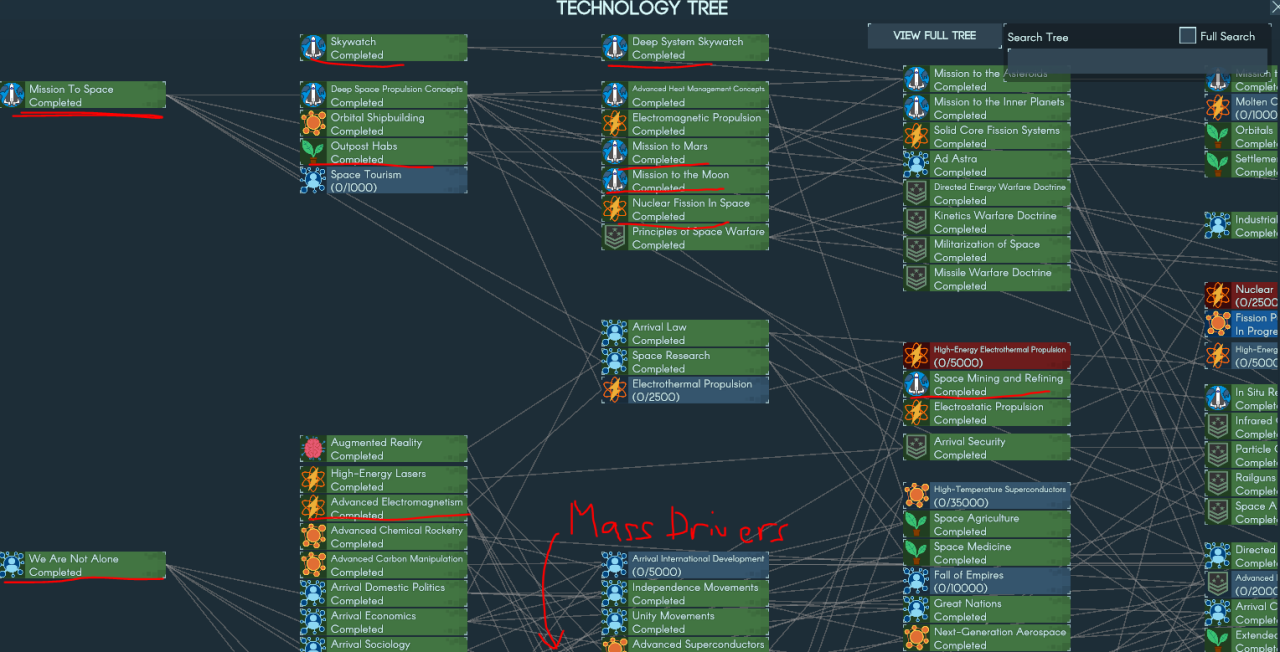 In this part of the game, you have 4 broad tech priorities

1. Tier 2 space holdings can really help boost your progress, especially your technological progress. You start by unlocking the bases with the Orbitals and Space Habitat techs. These will also unlock projects that give you the tier 2 energy generation modules. Useful tier 2 modules are

To support your budding space industry, you’ll also want Mission to the inner planets, where you can build much more efficient bases due to the large amount of energy per solar collector.

2. Ships are complicated. There are so many different modules it’s very easy to lose track. Let’s start with the basics. Don’t research ship parts you don’t need. There are plenty of underpowered, obslete, or otherwise unnecessary modules you will encounter. Only research those that give you something actually better. Let’s talk about the ship components you’ll need to research.

READ:  Terra Invicta How to Get Started With Mining in Space

3. Most of the social science and operations-related technologies are actually quite weak. However, there’s a few really good ones. Global Command Structure comes from Independence Movements and significantly decreases control point costs. Cybernetic Implants, from Cybernetics is also very useful, it unlocks augmentations which can give all your councilors +1 to most stats for a decent price.

4. Nothing much to say here, just research them as they come.

I’m only just getting to this section myself, so I don’t have much to write here. Feedback is welcome! However one thing that I already understand about the lategame is that you really need to start making more powerful ships. You focus should be on powerful weapons, powerful armor and powerful drives, so you can actually fight the aliens.

That’s all we are sharing today in Terra Invicta Technology Guide, if you have anything to add, please feel free to leave a comment below, you can also read the original article here, all the credits goes to the original author Shumpitostick