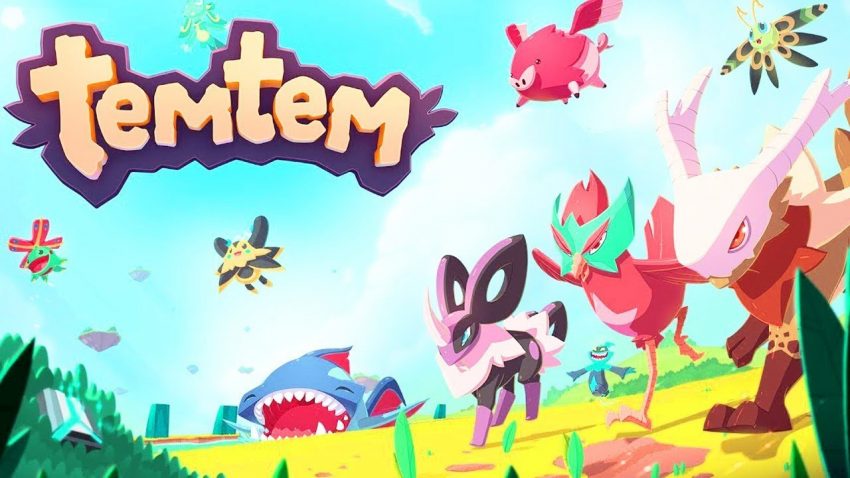 Currently the best way to make money in Temtem is by releasing caught Tem’s for the FreeTem group, you can do this every time you catch a Tem or you can do it directly from the PC at any healing point in the game.

Then to get the cash for those you’ve released you simply need to head over to the FreeTem groups house next to the breeding centre on Omninesia, talk to the woman at the desk and you’ll get the money for all those you’ve currently released.

However the amount you get is actually dependent on the level, stats, rarity and variety of Tems you’ve released, so in order to maximise the amount you’re earning each time you’ll need to head over to this specific cave on Tucma.

Then by using a Nessla or any other Tem with a good multi hit or chain ability you can weaken and catch two Tems at a time which are usually somewhere between level 37 and level 40. Of course Nessla will on multiple occasions kill these Tems due to type advantage but if you bring along a Tem you want to level simple cowards cloak them and while you’re busy making money you’re also levelling up your lower Tems pretty quickly.

This cave is also where the Rare Tem Shuine can spawn so if you don’t want it you can simply release for extra money or grab a few to breed later.

Once you’ve used up all your cards head back to collect your payout which for me has ranged from 2,500 to 4,500 depending on how good the Tems I let go were using 50 cards at a time which you could of course use more and double that income again.

But to actually keep the money you’ve been making while doing this you’ll need the four-leaf clover from the very first island, located here which is inaccessible without the Crystal Skates so make sure to head here before going to Tucma or co-op with someone who has not gone Tucma as their skates will be able to take you through.

This allows you to use regular Tem cards like they are Tem card + reducing the cost of restocking cards for farming and simply has to be equipped on your Nessla or whatever Tem you’re using to farm.

So in summary garb the four-leaf clover, slap it on a Nessla, buy a bunch of regular Tem cards and head on over to Tucma and make some sweet sweet money.