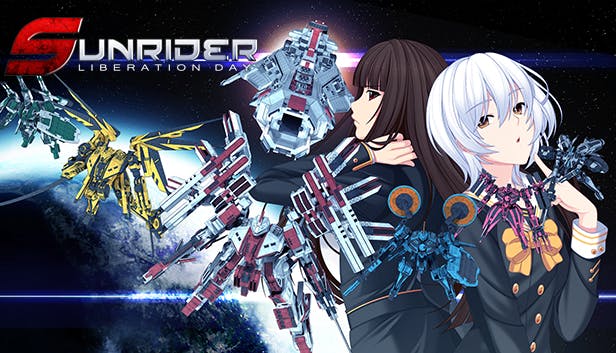 This guide explains how to get all achievements in this game. Both in main game and Return.

Cosette Captured
Capture Cosette
If you agreed with Cosette in previous game, she will get captured. If not, you can also use Wishall and save her. Also you can change your choices at the beginning of the game.

No Loli Space Pirate Route
Kill Cosette
Don’t side with her in previous game and don’t use Wishall to save her.

Welcome Back Captain
Finish the prologue

Havoc Restored
Restore the Havoc
Agree with Icari and Kryska to repair Havoc. Only possible if Cosette is alive.

Falcon Discovered
Scavage the starship grave yard to discover the Falcon
After the battle, in additional mission, in Pacemus Nebula scavenge the battle site for lost technology.

No Falcon
Leave the starship grave yard alone
After the battle, in additional mission, in Pacemus Nebula don’t scavenge the battle site.

Captain
Beat the game on Captain difficulty or higher.

Admiral
Beat the game on Admiral difficulty or higher.

Space Whale Rancher
Beat the game on Space Whale difficulty. Yeah, good luck with that.
Save, attack, reload your save, try again, and repeat. All your moves must be efficient, as a little mistake (or miss) can destroy everything. KILL PACT Support Units. Buy every upgrade (MIRV Torpedo license and Vanguard cannon upgrade must have) for Sunrider and other Riders, choose wisely, how to upgrade your Riders (upgrade your healer, your tank, flak capabilities and overall survival). This is not an easy mod for sure.

Lose a life
Have a non-mercenary player unit get destroyed for the first time.

Lucky!
Survive an attack with less than 10hp remaining.
In second battle (ionstorm) save first at the beginning of the battle, skip turns until you got this. Reload save if you unlucky.

READ:  Sunrider: Liberation Day - How to Use Consle Commands

Unlucky!
Have a player unit get killed at 0 to -9 HP.
In second battle (ionstorm) save first at the beginning of the battle, skip turns until you got this. Reload save if you unlucky

With One Ryder Tied Behind My Back.
Complete a battle while ignoring one of your Ryders.
In first battle, simply ignore one of your riders.

This is My Command!
Use vanguard for the first time.

Grand Tactician
Hit 8 units at once.
Vanguard cannon is your best friend here. You can do this, in one of the first fights on lower difficulty, or just normally while you playing.

People Die When They Are Killed
Lose a mercenary unit.
Easily done in second mission (ionstorm). You don’t need to buy them.

Meet My Little Friend
Kill a PACT support with melee.
Icary for the win.

Can’t Touch This
Use short range warp 3 times in the same turn.
In any battle, if you have already 4000 CMD points, just use ‘Short Range Warp’ three times (2250 CMD points in total).

All For One
Put all debufs (except Disable) on the same enemy.
The fastest way to get it is in second fight (in the ionstorm), use Cera Gunboat for ‘Suppress’, Chigara for ‘Flakoff’ and ‘Shutoff’ and Bianca for ‘Aim Down’ on single enemy.

What Are You Implying?
Have both the Phoenix and the Paladin end their turns next to each other every turn for an entire battle

Liberty or Death
Repair 50’000 hp in battle with the Liberty.
You can do it while you play or just farm it. In any mission, let someone take a lot of damage, save, after that start using Chigara Repair skill (you may also upgrade her energy limit for two repairs in a row), load your save and repeat.

Spread Out!
Have 5 player ships or more get hit by an AoE rocket.
Gather all of your units close to each other and wait for missile from PACT Destroyer (can be achieved in second battle).

Sting Like a Bee
Destroy a capital ship with an assault weapon.

There Can Only Be One
Kill 30 units with melee.
Icary for the win. Upgrade her Raider and go kill them all. Or just try using Asaga’s rider while in Awakening.

By the Skin of Our Teeth
Win a battle with only the Sunrider left alive.
If you don’t get this normally, start a new game on easy difficulty and do it in the first mission.

Hello Nurse
Have Bianca use Restore on an allied unit afflicted by all possible debuffs.
Best way to do it in first battle for Cera, where you have at least six Pact Support units. Try to destroy all others units except supports and leave at least 2-3 your own units (like Claude / Sunrider (for flack debuff) / someone third). To trigger this achievement you will need to remove ‘Disable Lite’, ‘Shut Off’ and ‘Flak Off’ from a single unit using Claude’s restore.

One For All
Put 5 different buffs on the same friendly unit.
Basically the most needed thing is to purchase Ongessite Injection Rods from the store, but they will only be available if you chose the option to ‘cover up’ the events at Ongess in the first game. So if you don’t have save with that, start a new game and choose this option in the decision table. The buffs you need are: All power to engines (Order) – this one from Ongess (just buy in the store), Full Forward or All Guard (Order), Stealth or Drawfire (Icari or Kryska), Aim Up (Chigara), Damage Up (Claude).

Vengeance
Kill 1000 enemies
You probably get this playing normally, but you can also farm this in any mission where PACT have Carriers to summon units.

Forming the Fleet
Contract your first merc.
If you want to do Penny Pincher, just buy any merc and reload save.

Mogul
Save up to 50’000 credits.
Lower difficulty is a key here. Don’t buy anything from the store, and by the end of the game you should get achievement.

Penny Pincher
Complete the game without buying anything at the store.
Just don’t buy anything. Adjust your difficulty for this one.

Isn’t it Sad, Chigara?
Complete the game without ever buying new upgrades.
Lower difficulty is a key here.

Too Awesome to Use
Complete the game with the wishall still in your inventory.
Item from the first game. You shouldn’t sell him. Also you can save Cosette without using it. By the end of the game if you still have this item, achievement is yours.