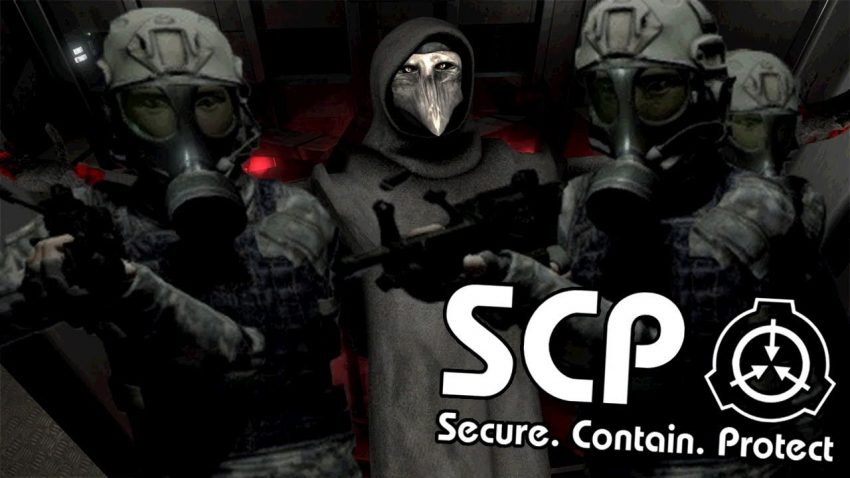 This is a guide for anyone who plays Secret Laboratory and wants to learn from someone with a decent bit of experience. You will learn the basics of each class (Class D, Scientist, Facility Guard, MTF, SCPs, and Chaos Insurgency) as well as some tips and tricks I have learned throughout my experience in-game.

Welcome to SCP: Secret Laboratory, a game where you spawn as a random class in a somewhat hostile facility. Each round is different from the last and survival is never guaranteed. In-game experience also varies depending on the people you play with and server rules. I have created this guide to help increase your odds of survival by giving information on how to play as each class and some tips and tricks.

I hope this guide helps you die less and have more fun playing.
-Elongated Muskrat

Congratulations! You have been selected from the worst of humanity to become an SCP Foundation test subject. Due to a site-wide containment failure, today is your chance to escape the facility and the evil scientists within. Your goal as a Class-D is to escape the facility (As previously stated) and join the Chaos Insurgency to get revenge on your captors.

Enemies:
-Facility Guards (Unless detained)
-MTF
-SCPs (Most of the time)
-Scientists

How to Play:
1. Find a keycard (Skip step 1 if you spawn with one)
2. Find SCP-914 and upgrade to an O-5 keycard
-Put 914 on 1:1 once
-Put on Fine until you get the O-5 keycard
3. Escape Light Containment through EX-A or EX-B
4. Go through Heavy Containment and look for the checkpoint to the Entrance Zone
5. Look for Gate A or Gate B and escape (Turn left out of the elevator at Gate B, for Gate A turn left at the bridge and go down the stairs, then go straight)

Optional:
-Find a gun and blast some Nerds/Guards/MTF on the way out.

You are a Nerd trusted by the Foundation to experiment on the D-Bois with various SCPs. During the breach, you have two options: trust the Class D and upgrade your card with SCP-914 or (if you have a Major Scientist card) immediately leave Light Containment, juke the SCPs, and rendezvous the Facility Guards for a quick escape (if you find a high-level keycard along the way). Once you escape, you become an MTF Scientist.
READ:  SCP Secret Laboratory: How to Fix "Mic & Voice Not Working" Issues

How to Play:
1. Go to SCP-914 and upgrade your keycard to an O-5 (Skip if you have a Major Scientist card)
2. Leave Light Containment (See Class-D Personnel for more information)
3. Look for the Facility Guards in Heavy Containment, look high-level keycards along the way
4. Follow the Guards out of the facility and escape.

Optional:
-Find a gun in any of the armories if you have the appropriate card (More information will follow in my upcoming guide on keycards)
-Bring a D-Boi with you to SCP-106’s chamber and sacrifice him to re-contain 106

As an SCP, you and your gang of Spooky Creepy People are the antagonists of the game. Your job is to terrify and mercilessly kill everyone you find. I’ll only be giving the basics of the SCPs and how to deal with them, I’ll post more information about the SCPs in a later guide designated specifically for the SCPs and how to play as them. That aside, time to meet the cast of creeps themselves.

SCP-173 (Peanut, Nut):
This absolute unit of concrete and re-bar moves quickly, kills instantly, and has one weakness: it can’t move while being looked at. When SCP-173 (We’ll call it Peanut from now on) is being viewed directly, it can only move every few seconds, when the viewer/s blink. It is recommended to engage Peanut in a group of no less than three. When it is stationary, Peanut can be engaged with gunfire, grenades, or even (carefully) with a Micro HID. When on the defensive, back away from Peanut and keep it in your line of sight as much as possible.

SCP-049 (Doc, Plague Doctor, Bird Man):
The Plague may be gone, but this 13th Century plague doctor is still there to cure you of the disease. He calls it the Great Pestilence and everyone, including you, is infected. Doc kills you immediately on contact and turns you into SCP-049-2. Doc can create an unlimited number of them to charge at the infected. Although his attack is lethal, Doc’s movement speed is very slow, making him relatively easy to avoid. You can kill him using sustained gunfire during a tactical retreat and sometimes by tossing a frag grenade in his general direction. I do not recommend engaging him with a Micro HID.

SCP-049-2 (Zombies):
This is what you become when you are cured by SCP-049. You are basically a permanently t-posing zombie. The 049-2s act as Doc’s meat shields and have significantly lower health than other SCPs. Although easy to kill on their own, their strength is in numbers if there are enough of them. 049-2s can easily be killed via sustained gunfire or a lucky grenade throw. When dealing with more than one, use the Micro HID.

SCP-106 (Larry, Radical Larry, BBQ Sauce Man):
Larry isn’t your typical old man, instead of telling those pesky kids (10-25 years old) to get off of his lawn, he abducts them to his pocket dimension where he kills them with his spicy barbecue sauce. Larry’s sauce coats his entire body, granting him the ability to phase through doors. He can also teleport via pocket dimension. When engaging Larry, make sure you keep moving and do not fight him alone, if you are alone, run. Grenades are very effective against Larry, and if you have an HID, use it.

SCP-096 (Shy Guy):
The Shy Guy is extremely self-conscious about his looks. Put simply, if you see his face, you are already dead. Once observed, Shy Guy starts screaming and running at an unnaturally fast speed and tears apart anyone he touches. When dealing with him, don’t run, find somewhere he can’t find you. Wait until he is in cooldown to attack him. Gunfire is somewhat effective, use the Micro HID when he is unable to attack you.

SCP-939 (Dog, Doggo):
The Dog is an efficient killing machine when played correctly. You can talk to non-SCP players by holding down v. It has one main weakness: its vision is based on movement. If you want to remain invisible to 939, sneak by holding down c while walking. While gunfire is decently effective, it gives 939 an advantage, 939 can move faster while taking damage. The best way of killing it is with a Micro HID or a well-timed frag grenade throw.

There are two ways to play as Chaos Insurgency: escape as a Class-D or you can spawn back in after dying. Your job as an insurgent is to rescue Class-D and to kill Scientists, Facility Guards, and MTF. Also, make sure to see them aliens anomalies.
READ:  SCP Secret Laboratory: How to Fix "Mic & Voice Not Working" Issues

* Loadouts will only be listed with combatant units.

As a Facility Guard, you are the least powerful of the combatant units. Your job is to help scientists escape and prevent Class-D and SCPs from escaping at all costs. Either detain Class-D and convert them to MTF Cadets or kill them. If you encounter an SCP, fight it (unless you are out of ammo).

Enemies:
-Class-D (unless they are detained)
-SCPs
-Chaos Insurgency

Much like the Chaos Insurgency, there are two ways to become MTF. You either escape the facility and join or you spawn back in as MTF. Your job as MTF is to rescue Scientists and eliminate Class-D and SCPs with extreme prejudice. Don’t forget to kill Chaos Insurgency units on sight.