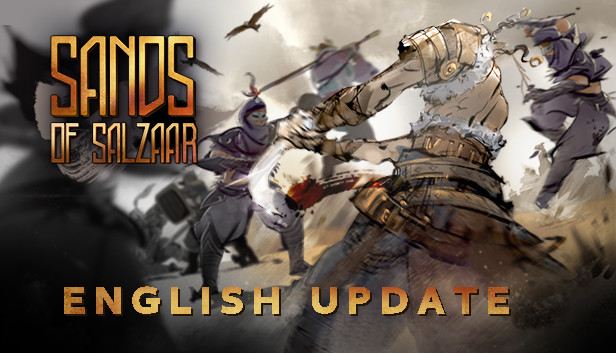 For Sands of Salzaar players, if you are interested in what do Mysterious Witches do, this guide provides all info and item list about them, let’s check it out.

What are Mysterious Witch in Sands of Salzaar?
If you ever went to a City that does not end with Outpost you have seen them. They offer exclusive Boss fights similar to those Hero fights you find in the wild, are what makes up a portion of gainable legacy points and so far offers the locations you are going to get endgame items for yourself and party available at the beginning without unlocking Main Quest.

How is it exclusive?
It is exclusive because you cannot initiate the Boss Fights without conquering the Town the witch is located in, and since this is most likely where your going to get your endlevel gear(16 to 20 range) this requires fighting the factions and surviving and then fighting a boss that can kill you at level 20.

What level can you start doing these?
The game recommends a level of atleast 17, but you need to atleast survive the factions because you need to declare yourself to occupy and that will make all of them hostile, and then fighting a Boss that can kill Level 20 characters to get your gear.

Legacy Points?
When “View your current Legacy Points” at the bottom end of the list you will find [Town name that does not include Outpost] Treasure Award.

Awards the Treasure for [__________]. You must first capture and occupy [__________].
The translation is a bit confusing but you dont actually achieve the legacy points(or steam achievements) until you complete the Mystery Witch Boss Fight of that location.

You dont actually need to keep that town under your control, you just need to complete the Boss Fight and you get 8 Legacy Points per place with 16 locations(Total 128 Points).

Similarity to Hero Statues/Shrines/Fights?
It is basically the same but your not limited to human opponents and these are late game enemies. You still fight them with your 1-3 NPC.
Unfortunately you cannot farm these as they have a 30 day reentry period and requires an entrance fee of Utar x2000 and Jade x15 with 24 hours prep-time everytime and every location.

The Boss immediately kills me?
Some Bosses can kill you within a few seconds in a burst(especially those that have the Meteor spell) right at the beginning.
The best item to use is the Resilience Potion that will let you and your NPC survive to start throwing everything at the Enemy, and start adding consumables if its not enough but focus on survival items such as healing if the resilience is not enough.

The stats of the items I got is different from yours?
These are the stats that ive narrowed down the item will always have before any Modifier puts additional stuff on it. An example would be an item having Agility +15 in the list but being named Lightfoot(Green Modifier) adds Agility so if the item already had Agility stat they would add so you would get a higher total.

Modifiers/Affix?
They change the stats of the item and in this game seem to be White(Regular)/Green(Better)/Blue(Even Better)/Orange(Best).
There seems to be priority on the names so you could have additional stats/skills not associated with whatever mod is on your item so accuracy is hard but you can get a general idea what its doing.

What is potential skills from gear?
In your skills menu, it would appear in the “From Gear” section.
They are skills you get while equipped with the item.

READ:  Sands of Salzaar Info About Dungeon Before Entering

Dont like what Modifier/Affix you have on your item?
It can be changed, see Broken Wagon.

Basic attacks have the following effects: Basic attacks are replaced by fire bombs which deal damage to and burn enemies within a 300 cubit radius.

Note: This item seems similar to the Bahar Treasure – Awakened Necklace with the description “Grants healing to nearby allies” but Ember Core seems to be missing Healing Aura.

Basic attacks have the following effects: Bow Attack
Note: This one was weird, it always dropped white quality and the range on this thing kept changing with 2640 being the lowest personally seen but average range was between 26xx to 3000 highest.

READ:  Sands of Salzaar Console Commands & How to Enable

Basic attacks have the following effects: Bow Attack
Note: The range on this bow is different each time and will also change if the Affix is changed.

Note: This item is white quality, so no modifier/affix to add stats/effects.

Potential skills from gear : Lance of the North
Basic attacks have the following effects: Spear Attack

Note: This weapon is white quality and does not appear with a Affix/Modifier.

Basic attacks have the following effects: Scimitar Attack
Note: This weapon is white quality and does not appear with a Affix/Modifier.

Basic attacks have the following effects: Scimitar Attack
Note: This is a White Quality item, does not come with a Affix/Moddifier.

I am not even going to bother to try to find out what they all do and sometimes there is additional stats added on items so heres some that I bothered to write if you want to have an idea and they are mostly guesses. Lots of RNG in stats.

Available at the beginning, there is a Point of Interest located near Snowridge(North Outpost) that will allow you to change an Item’s affix/modifier from an option of 3 at the cost of Jade x50.
They are replacers for the Affix currently on your item, so you cannot stack them unless that stat is already on the item by default. You sometimes get additional stats like Agi/Spirit/Etc. when you do this but its RNG.
Example: Treasure – Blade of Light has a +25% cooldown reduction by default, if you add the Enlightened to this weapon you would get an increase in cooldown reduction depending on RNG.
If an item had Enlightened and you chose it again, you will merely reroll the amount of % reduction that item has.

That’s all we are sharing today in Sands of Salzaar Mysterious Witches Guide, if there are anything you want to add please feel free to leave a comment below and we’ll see you soon.
Credit to Verify