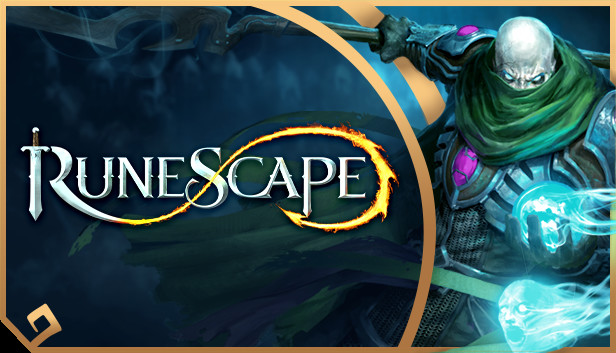 In runescape, the most common problem you come across is players who make use of bot software, This will be a guide to try and help new players be aware of potential bots and what actions to take in the event of finding a bot.

What is a bot?

Please note that botting in Runescape is against the rules and can result in account termination.

How do you recognise a bot?

Bots are quite easy to recognise in the lands of Gielinor as most of them share the common themes.

They’ve got names which are randomly generated and consist of the same pattern which is numbers, then words and numbers again, sometimes it’ll just be numbers and words or Vice Versa.

Please note that some players may actually be players. Its good to try and get their attention by asking a few questions. There will be genuine players who follow this theme. 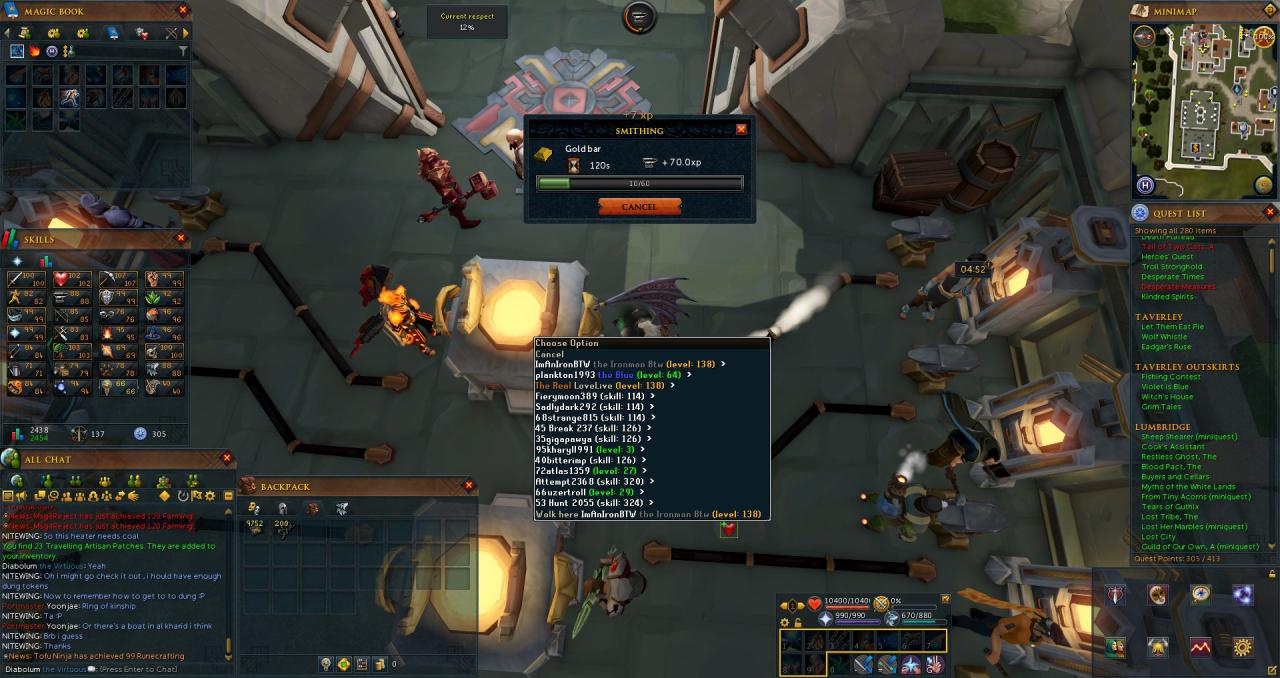 This screenshot for example, you can see the randomised names of bots who are present in the Artisan’s workshop. (Also, gold smithing is a decent money maker and underappreciated imo )

You may also find bots in other common locations such as the following;
Mining Ore outside of Varrock.
Killing Cows in Burthorpe / Lumbridge.
Chopping the Yew trees in Edgeville (This is a rare one though) and the Yews by the Grand Exchange (Also, i’ve encounted a few at the oaks before)

Please note that bots may be more common on free-to-play worlds as they would not require a subscription for those servers.

One thing common among bots as well is maxing out one skill. 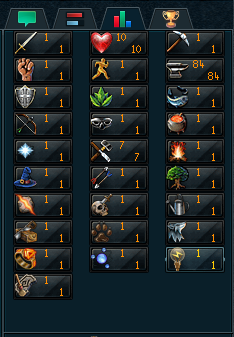 Here you can see there’s a bot who’s doing nothing but just smithing.

What to do if you find a bot?

When you find a bot in the lands of Gielinor, The best course of action to take (and the only course of action) is to right click on them to examine, Then at the top left of the examine box is an red flag. The red flag is the report function and will let you report a user for a bunch of reasons that would apply to them. 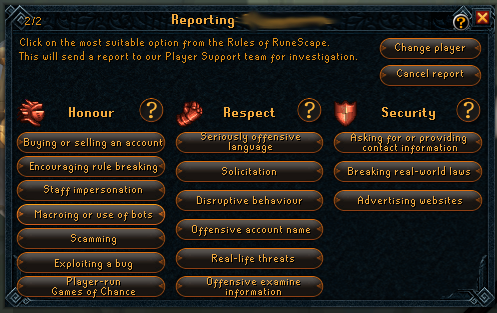 That’s all we are sharing today in Baldur’s Gate 3 Cool Loot and Where to Find it, if there are anything you want to add please feel free to leave a comment below and we’ll see you soon.

Credit to Dia the spooky Tabaxi