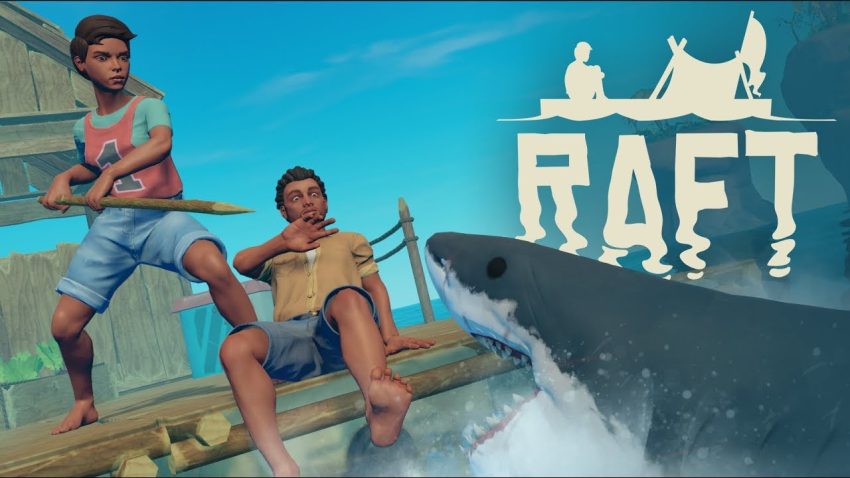 For Raft players who are collecting achievements with counters, this guide will show you how to get them fast.

This guide contains the following achievements: 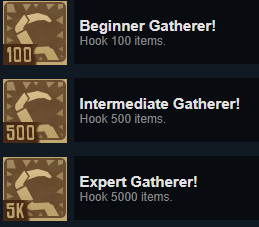 First, anchor your raft to prevent it from moving. Fill your inventory completely. Then, throw a certain number of things from your bag into the sea in one piece, and throw them in the same place. For example, throw 100 pieces of wood one by one in to the sea. Then, completely fill the spaces that were vacated because you threw wood. Then pull the woods from sea using your hook. Since your bag is full, the woods will fall to the ground again, but you have already hooked 100 pieces of wood. Then, when you throw the hook again and pull it again, your counter will advance another 100. So when you repeat this move 50 times, you will unlock the last level achievement 🙂

Calculate the number of blows needed to kill the shark based on the weapon you use. For example, you find that you need to hit 10 times with the arrow. Then shoot the shark 9 times with the arrow. Save the game. Kill the shark with one shot. Then load the game. There will be a shark with one health left again. Get one kill with one hit and when you do this 50 times, the achievement will be granted.It’s actually easy to get shark achievement in-game, as the shark accompanies you throughout the game. But things are different for screecher. You need to find an island with at least 50 screechers and it can be difficult to kill because it is very active.
Therefore, find an island with screecher, make one hit life left then save the game. Make your last hit and you have the kill for the achievement. Then load the game and repeat this.
One shoot one kill ^^ 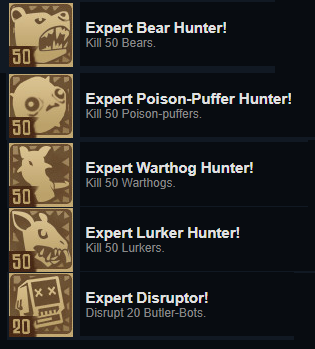 Save the game when you arrive on the island containing the ones you want to kill from these creatures. Then, after killing the animal on the island, reload and kill the animals on the island again. For example, if there are 5 bears on an island, you can load 10 times to unlock your last level achievement with only one single island,
Congratulations 🙂

Similarly, when you find an island with animals, Save the game. It will be better if there is more than one animal on the island. After catching the animal, you can advance the rest of your achievement by reloading the game.

Similarly, you can complete your bee catching quest and treasure finding achievements.

When you do it this way, the achievements will still take time, but you can advance all your achievements on a single island without having to search one by one.

That’s all we are sharing today in Raft Achievements with Counters, if you have anything to add, please feel free to leave a comment below, you can also read the original article here, all the credits goes to the original author mDre