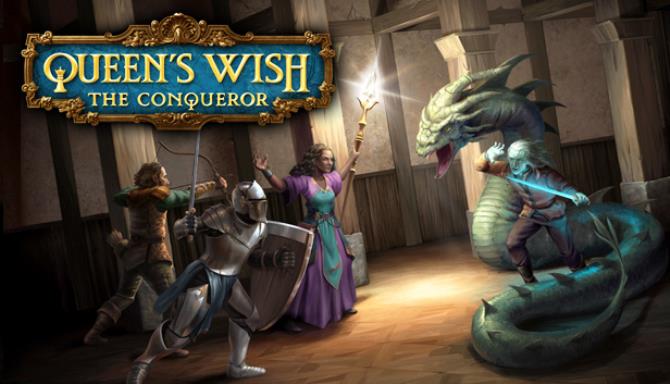 The purpose of this guide is to basically word vomit everything I learned from a blind torment playthrough. I finished in just sub-50 hours with all the optional bosses (trophies) and quests done. This guide is not a walkthrough. The game is pretty self-explanatory, and if you are stuck, buy the official guide, refer to other walkthroughs which are sure to emerge, or ask Google. Most information and min-maxing is not necessary for normal and casual difficulty. Even on torment, I barely upgraded armor or messed with buying augments/runes until level 16. Bows were the most important item (!).

I am happy to take suggestions but will likely not update after one more week (at least until sequels come out!).

Thanks to Jeff Vogel for putting out good games constantly.

I will try to avoid repeat anything from the game manual or instructions.

Post-stun or mental effect, enemies will have +40% resistance to that debuff type for x turns.
Staves and wands can attack in melee range.
Non-damaging non-aoe spells such as cure and disrupt cost only 4 AP and let you attack/cast afterwards.
Items also cost only 4 AP. For important fights, stack those scrolls up.
Reincarnation scrolls are unbuyable and keep current energy level.
Energy potions are possibly better than almost all of the other ones barring one or two emergency Jars of Medicine (aoe minor heal and cure).
Hover over everything. This will give you info like blessing buff stacking yet haste/slow not stacking.
Most of your damage will come from passive damage bonus of leveling up.
Damage runes and skills add to the appropriate output. For example, a physical damage rune on a staff will increase bow damage.
Maximum number of debuff stacks is 5.
Vassal items will be better than naked Haven items and can shore up gaps until you have all your infrastructure running.
With full buildings, you will be extremely gold flush in the end. Don’t build so many gold generation buildings.
Use charm preferentially on slowed enemies. This will keep them charmed longer.
Savescum to avoid overworld roaming mobs. Most stationary mobs will drop better loot.
Stealing (apparently) has no penalty.

A traditional D&D four-(wo)man party consists of a warrior, rogue, mage, and priest. Here, we are severely limited in this archetype simply by there being only three skill trees. What do we need then? Gameplay-wise in QW, enemies generally have more to extremely more HP than you, about equivalent damage, and more AP. We need to milk the extremes to come out on top.

Here are several advantages we can have as the player:

Number of turns
Haste and slow are essential to winning. While the turn order mechanics are quite opaque, anecdotally, a slowed enemy vs. a hasted party with, say, 30% worth of haste equipment per character gets 1 turn per about 5-10 of each party member.

Until late game, enemies will not have access to mass haste/bless, allowing you to take advantage of number of turns by an immense amount. The best source of haste is Battle Frenzy (S4), which the main character also has through Haven’s Might. Fast Feint (C2) and Speed (S2) saw no use in my play through, though Speed level 2 with 20 turns may be more mana efficient on a blessing buffed caster.

The best source of slow appears to be obvious, Time Warp (M3), but is costly at 2 mana. Non-obvious sources are Stunning Shot (C2) and simply autoattacking with tier 3 staves (50% chance). I extensively used Stunning Shot for the stun chance and “guaranteed” slow – most endgame enemies have 50% curse resist and 90% stun resist, which is still okay to attempt on.

This cannot be stressed enough: mass haste and slow win you the game, especially against bosses.

Selective targeting
The AI seems to pick random skills to use. You as the player have a brain. Use it to selectively kill or disable threats. For most of the game, two principles served me well: kill archers and mages first, and kill minion first. Human archers and mages have the least amount of HP and the most potential for damage. Mages are vulnerable to physical damage. Boss minions have just as much damage and aoe crowd control as the boss usually. Some times they’ll be illusions (nagas and eye beast minions) so will die much faster.

Always, always, always, check enemy resistances for susceptibility. Most important are low stun resistance and low mental resist. The latter is the linchpin in winning late game in torment.

Strip haste and evasion/spellshield off difficult enemies with disruption (S3).

Ignore enemies who will die from poison and/or bleed next turn. You should be able to roughly gauge damage. The damage shows up as blue hovering numbers at the beginning of enemy turns.

Baiting enemy targeting
Enemies with aoe spells will tend to target you if you clump. Learn which enemies have wave spells vs. cloud spells and move accordingly. Some bosses like dragons have a nova-like mental effect (blind of fear). For the latter, having everyone at max range does wonders.

Prebuffing
Before every fight, you can see what you’re facing. I always mass haste/bless beforehand. In extraordinary circumstances, you may want to stack blessing for more damage or buff the leading character with spellshield/evasion.

Again we go to what makes a good party.

Early-mid game
Bows. All you need/want are bows. Almost everything can be kited. Walk the maximum distance back and shoot things with bows. You should have bows on everyone, even your “mages.”

Mid-late game
This starts around level 13 or so when straight up damage starts falling off, you face non-humans, and enemies take more than 4 shots to kill.

Several facts direct us towards a good party composition.

1. Enemy attacks of whatever armor you didn’t take will do 1/4 to 1/2 of your health.
2. Enemies have 20-55% (!) evasion of one type. Dragons and drakes have the highest.
3. Poison and bleeding suck because getting hit ONCE will require one energy expenditure.
4. Most bosses have 90% stun and mental resist and 50% curse resist.
5. There are skill items for (IIRC) all three Ahriel skills, silence, bludgeon senseless, among others. These can be used to further upgrade damage/duration or give, for example, your Vol tank the charm ability.
6. Most enemies will have high armor in either physical or magic.
7. AOE buffs are much more efficient than their single target counterparts (maaaybe excepting Speed, but I ignored that the whole game).
8. You can realistically only specialize in one type of armor. Combat skills unlock majority physical armor, and magic skills unlock majority magical armor.

These facts lead us to these conclusions:
A. Armor augments are nigh useless. Adding 2, or, in limited quantity, 4, physical or magical armor through augments mitigates maybe 10% damage received. Every two-three times damage is received you will need to heal.
B. Critical strike runes are worse than hit % runes. Damage runes are almost always worse than hit % runes. Let’s take two examples:

C. To avoid party wipes from one type of damage (the type each character happens not to be resistant to), physical evasion and spell evasion are the best way to do so. Vol passive gives 10% aoe resistances. Stacking two Vol characters and 4 pieces of 5% evasion items gives everyone a baseline of 40% evasion. Together with item bonuses and support tier evasion bonus, this is the best way to avoid damage. Note that evasion maxes out at 80%. (My final party was two Vol and one Ahriel. Vol tank had, as mentinoed, the +Charm item.)

One can do a similar analysis to above. Theoretically one could stack a lot of +2 armor augments (way more than attack augments given the way slots are distributed), which tightens the gap between evasion and pure armor. The key here, however, is that reduced damage still demands healing, whereas completely evaded attacks save your energy pool. Thus, in my opinion evasion is the stat to stack.

D. Bleed/poison resist augments and secondarily speed augments are likely the best defensive choices. Outside of having a 5% hit chance rune in the helmet, stacking these offer the best opportunities to not take damage by 1) having more turns than the enemy and 2) preventing harmful damage over time effects that absolutely demand energy usage.

E. Magic weapons are more important than physical weapons. Magic generally is less evaded excepting specific enemies that are titled “runeward” and similar. Characters can ALL have bows, and bows are always physical damage.

F. Avoid negative speed items as much as humanly possible. Running one tank with a -20% speed armor is fine, but try to shore up its speed with other augments. Most notably, the tier 3 Haven dagger gives 25% speed to offset the penalty. Later in the game, arcane orbs are almost strictly better shields than your tower shield or steel buckler. They increase mental resist and don’t have the speed penalty. You most likely will take Raw Power (M3) for the hugely increased energy reserves.

Note: This guide is still under construction. we will update as soon as possible.
Written by 박문