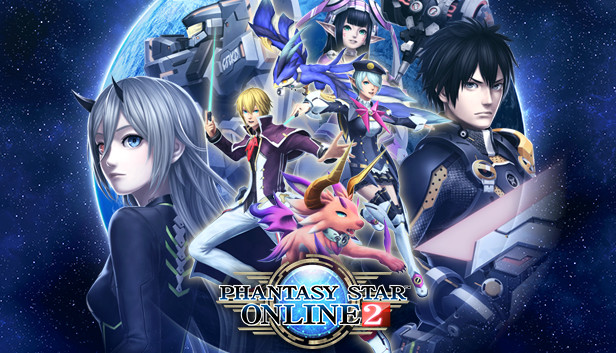 For Phantasy Star Online 2 players, this is a guide to getting the most out of PSO2 graphics-wise. There are some caveats and ways to improve the look of the game.

In the game’s launcher click on “Environment Settings” and set “Simplified Rendering” to “6” (maximum). This also sets “Texture Resolution” and “Shader Quality” in the “Graphics” tab to “High”.

Optional: In my opinion you should also disable “Color Tone Curve” in the game’s in-game graphics settings. Despite it being a feature that is supposed to be improving graphics, it doesn’t. It acts like a cheap post-processing filter that adds more contrast but it also changes how colors look in the game. There are some areas where it works okay but other areas look quite bad. That is especially apparent in the Floating Continents second area, where the green looks so artifical that it seriously hurts the overall impression. I always wondered why it looked so cheap compared to the first area. After playing for so long with that setting enabled and finally disabling it made me realise how moch more natural and pleasant the whole game looks now. Sometimes less is more.

By default the game uses borderless fullscreen mode and doesn’t let you select a resolution in the “Screen” tab of the launcher settings (the select-box is grayed out). It uses your deskop’s resolution. But there’s a caveat: If you use desktop DPI scaling above 100 % the game will actualy be rendered below your native resolution, causing a blurry image! For example if your desktop is set to 1920×1080 and DPI scaling is set to 150% the game runs in 1280×720.

You can remedy this by overriding the application’s DPI scaling behaviour: Right click on the game’s “pso2.exe” in the game’s “pso2_bin” folder, go to the “Compatibility” tab, click on “Change high DPI settings”, tick the “High DPI scaling override” checkbox and select “Application” in the select-box below. Confirm your changes. This will make the game use your desktop’s resolution regardless of DPI scaling.

Another way to make the game use different resolutions is to enable true fullscreen mode. For this you have to edit the “user.pso2” file in this folder with a text editor:
%USERPROFILE%\Documents\SEGA\PHANTASYSTARONLINE2_NA_Steam
Search for “FullScreen” and change it to “true”, then search for “VirtualFullScreen” and change it to “false”. This also enables the resolution select-box in the game’s launcher! You can then change the resolution either in this file (just change “Width” and “Height” in the same block where you just changed “FullScreen” and “VirtualFullScreen”) or in the launcher. This also enables you to use NVIDIA’s Dynamic Super Resolution (DSR) OR AMD’s Virtual Super Resolution (VSR) resolutions. For example you can play the game in virtual 2560×1440 on a native 1920×1080 screen. The benefit is better anti-aliasing at the cost of some performance.

Don’t use the game’s framerate limiter as it is bugged! It doesn’t limit to the framerate you set in the launcher but to a lower value (110 FPS instead of 120 for example). So you will get frame-pacing issues when you need FPS to be the same as your screen’s refresh rate. If you want to cap your framerate set “Maximum Frame Rate” to “Unlimited” in the launcher and cap it either via the display driver’s control panel or “RTSS Rivatuner Statistics Server” (even better). You could also just enable V-Sync (either via launcher or driver). But as a side note: Using a good framerate limiter on top of V-Sync improves frame times, especially in demanding games (which PSO2 is not, though).

In the launcher you can set the size of the game’s UI right next to the resolution. You should set this according to your gaming scenario:

Couch + TV: Set this according to your resolution like the select-box suggests. This will increase the UI size to console-like proportions so that you can easily read everything from far away. Be aware that the scaling has its limits: At 3840×2160 even the “2.2x” scaling setting is a bit too small for a couch + TV scenario.

Desk + monitor: In this scenario where you sit directly in front of your monitor I would actually set this to one value below of what the select-box suggests. For example if you play at 1920×1080 leave the select-box at “Standard”. This way the UI will have typical desktop proportions that PC users expect. Leaving this at “Standard” doesn’t increase the UI size at all but at higher resolutions (especially at 3840×2160) the UI will most likely be too small for you. For anything above 1920×1080 I suggest increasing the UI size to something you are comfortable with.

The game has poor anisotropic filtering. You can override it in the display driver control panel but (while working) that introduces another issue due to missing mipmaps: The image will be overly crisp and aliased, especially noticeable in more far-away scenery, causing the image to be unstable during camera movement. Therefore it’s recommended to use a certain ReShade mod specifically made for this game, which I highly recommend:

First install ReShade 4.7.* (choose DirectX 9) into the game’s “pso2_bin” folder, then download the most recent “Reshade_PSO2_NA_*.zip” from the mod’s releases page and extract the “d3d9.dll” file into the same folder, overwriting the existing file (from the official ReShade). At your next game launch you will be greeted with the ReShade introduction overlay. Just follow the instructions and you’re done. There will only be a short overlay at each game start that you can ignore from now on. If you didn’t get the introduction or the overlay afterwards there is something wrong with your ReShade installation. There should also be a PSO2-related tab in the ReShade configuration. If you have both everything is configured properly. You can toggle the ReShade configuation overlay to check and change things at any time by pressing the “Home” key.

I just want this to be mentioned as well because the game has such excellent controller support! Most MMOs either don’t have controller support on PC or it’s seriously lacking, especially when it comes to the UI. You have to change between keyboard/mouse and the controller constantly which is really annoying. Not so with PSO2! I even find navigating menus faster and more convenient with a controller in this game! Consider that this game also supports the PS Vita in Japan and therefore has to have proper controller support. This really is apparent in this game. Also the combat feels great with a controller and in my opinion this “spectacle fighter” gameplay literally screams “controller”. I would never play games like Bayonetta or Devil May Cry with mouse and keyboard. So give it a try! You will see that the UI then suddenly makes so much more sense and is actually pretty well designed. You can also fully customize button mappings. I changed mappings to be exactly like Dark Souls for example.

So the controls really set this game apart from other games, even Black Desert Online and Blade & Soul. You just have to realize what kind of game PSO2 actually is to unlock its full potential. Simply forget what other MMOs did and think in terms of single player action adventures and spectacle fighters. There are no lame MMO compromises when it comes to this game’s controls!

That’s all we are sharing today in Phantasy Star Online 2 Graphics Optimization Guide, if there are anything you want to add please feel free to leave a comment below and we’ll see you soon.