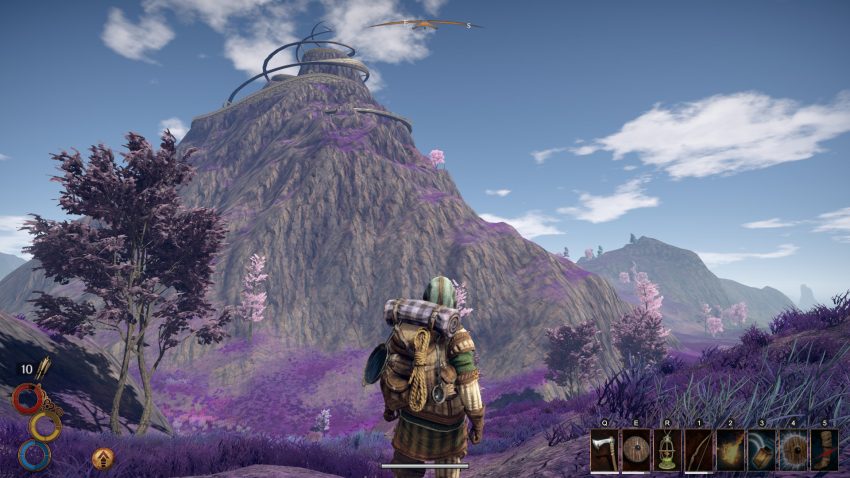 A wip guide to the location of the various trainers and which skills they offer to help you plan out where to spend your hard earned silver.

For the most part, each settlement usually has two trainers. You can occasionally get some skills for free or from people who aren’t full trainers, but as far as I can tell every skill is learnable somewhere from somebody.

You only have 3 unlocks of special skills, which are the ones in the middle of the skill table that cost 500 silver. You have to unlock this skill to unlock the higher tier skills which cost 600 silver. I have yet to find any way to increase the amount skill points you get, but if somebody has please let me know. I’ve denoted the skills which use those skill points as point skills because I’m really clever. The skills listed before the point skill are all the unlockable ones, the ones after the point skills require it.

Keep in mind that if a skill branches off into two options, such as in the runic magic skill tree, you can only pick one of those options. So in runic magic you can only have increased rune effects OR casting runes without a lexicon.

This is a WIP, I’ll be adding others as I go along. Big thanks to Miria in the comments for helping and putting together a pretty great list of all the skills.

Chersonese is a bit unique in that there’s only 1 trainer in the city, the other is the wind hermit. To get to him travel through the fort just a bit north of the mountain and go through it to get to the Wind Cabal temple and he’s in there.

Note that some of the Cabal skills require activated wind altars, there’s one in each area. The one in Chersonese is just next to the temple, the one in the desert is also close to its temple. The one in Emmerkar Forest is inside of Bege on top of a wall by the gate. The swamp pillar is right along the pilgrims path at the Cabal wind temple there. The stones are all pillars about twice the size of the player with two flags on them.

Lavat’s trainers deal mostly with movement and using equipment, they would be very good for anybody who wants to flip around and run like sonic.
READ:  Outward: Labelled Map of Chersonese

There are a few skills you can’t learn from trainers. Some, like learning backstab in the prison, can be learned from a trainer at another time. Others, like the various boons and flamethrower, can only be learned from individuals. I’ll try and detail these here. When I have time I’ll provide more specific information. These skills all cost 50 silver.
READ:  Outward: Tips and Tricks for Beginners

The boons all provide bonus resistance and damage, and are found throughout the world.,

Cool – learned from a Watcher in the leyline. Increases ice damage and resistance, and provides heat protection

Posessed Boon – Learned from the Immaculate in Immaculate’s cave, which is easily found near the leyline mountain. When he asks what you want, ask for power. improves decay resistance and damage

Mist – Learned in Berg in the Blue Chamber. Increases Ethereal damage and resistance

You gain a weapon skill in the beginning of the game based on what weapon you had selected. You can also eventually learn all the skills from various trainers in the game.

Mace Infusion – Mace – Taleron in Berg
Block an elemental attack, infusing your weapon with that element.

Moon Swipe – halberd – Wandering Mercanary in Monsoon inn
Double attack that deals high damage, and that increases in power. If you have the “Rage” or “Discipline” boons.

Simeon’s Gambit – spear – King Simeon in Levant Palace
Deflect a melee attack and counter with a powerful strike. You will still strike even if no attack was deflected, but for less damage.

Here I’ll be detailing the various story passives. I can list all the passives here but I’m not 100% on which storyline gives you certain ones as I’ve only played through the Holy path so far. This section will likely take some time, I’ll probably have to go through with the dev console to have the skills to give proper descriptions and names. Or just wait till I play through the entire game and remember to always note them and such.

The first decision you make with Elatt will be to either take a boon yourself or give it to Ophiele. The first boon gives you a bonus to decay resistance.

The second decision a choice between two perks, one reduces stamina and mana consumption and the other improves your damage.