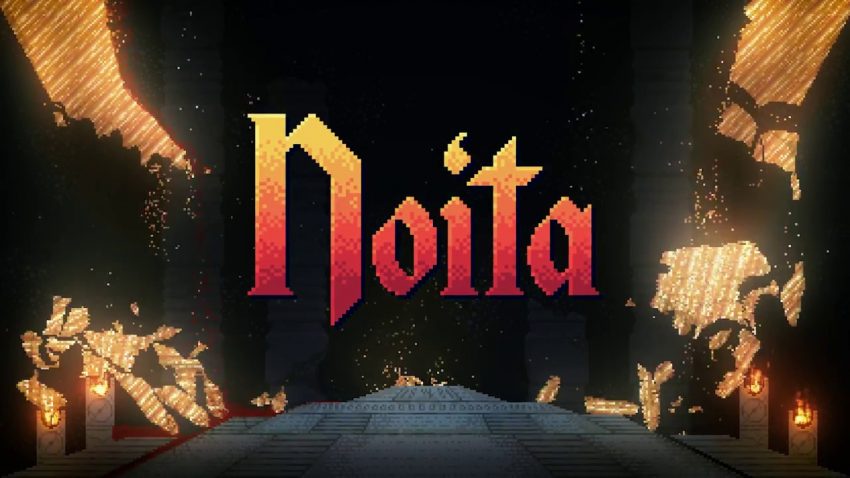 This is just a little guide I wrote to share some tricks for traversing the Holy Mountains without breaking their functionality or summoning captain calcium.

In short, the Mountain only collapses when you, the witch, leave out the main exit. Specifically when you go through this part… 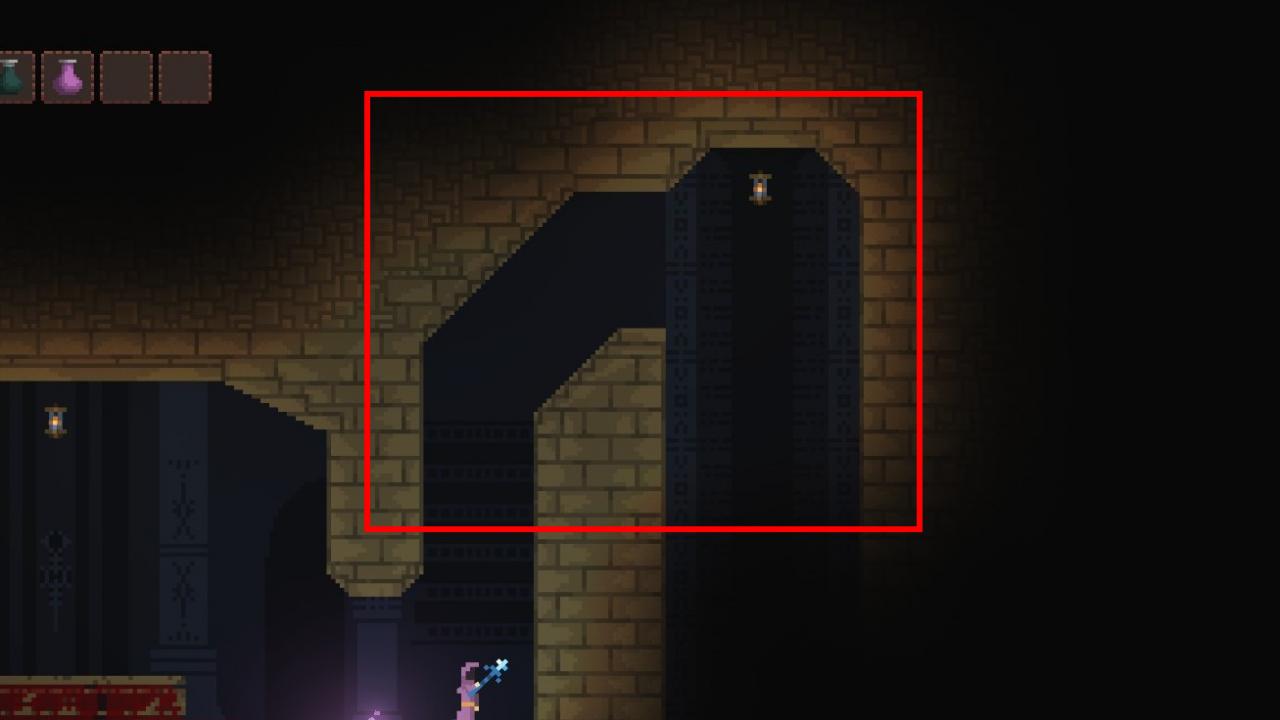 If they wanted to, monsters could enter and leave as much as they liked with no effect.
So could a sheep.
You could also teleport around without a care in the world, as long as you didn’t enter that neck region in the exit tunnel.

Leaving through the exit…

To traverse the exit tunnel without breaking the Mountain, you’ll need to be someone else for a bit.
Ideally, you’d do this through sheepification, i.e. a Polymorphine Flask.
You could also use Chaotic Polymorphine, but you run the risk of being wormified, breaking the walls, and calling in magi-Skeletor.Take your chosen poly-stuff and spray a little pool near the exit, as shown below. If you’ve picked up a perk (thus bloodying the floor) or spilled other liquids around, be sure to clear them away first (hold S) – receiving a different stain after polymorphing will sometimes cause your transformation to end prematurely. 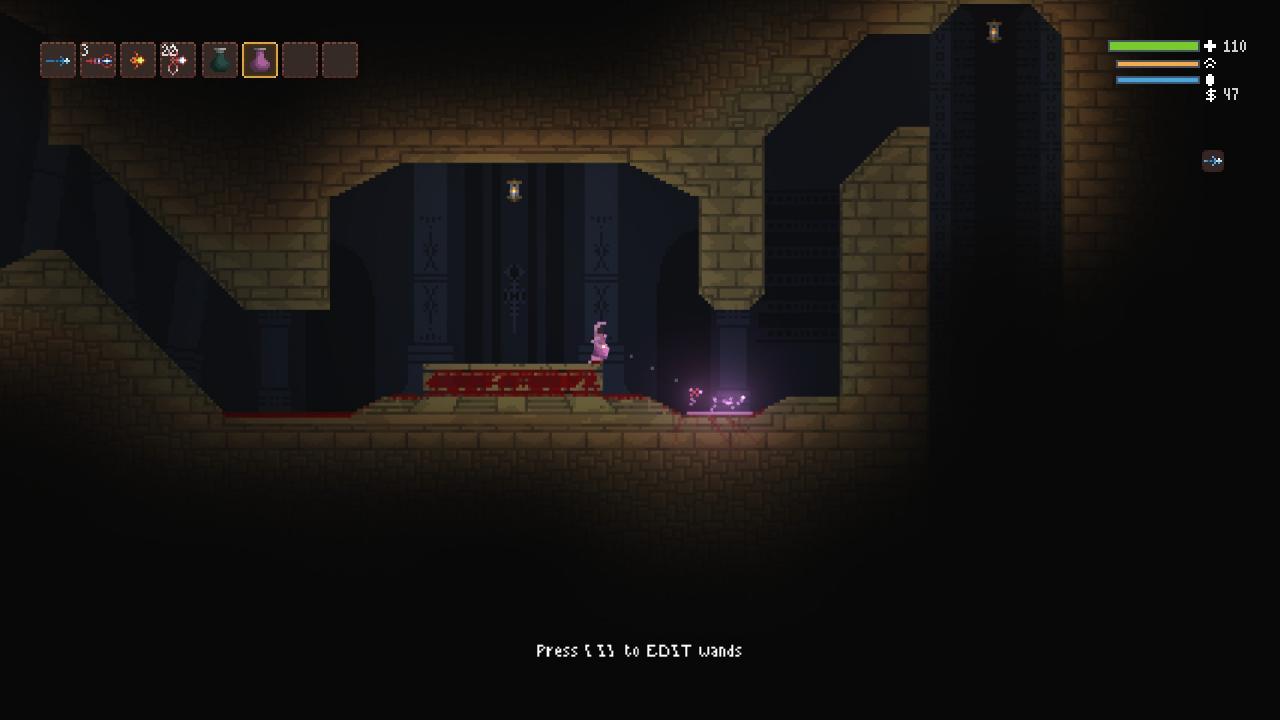 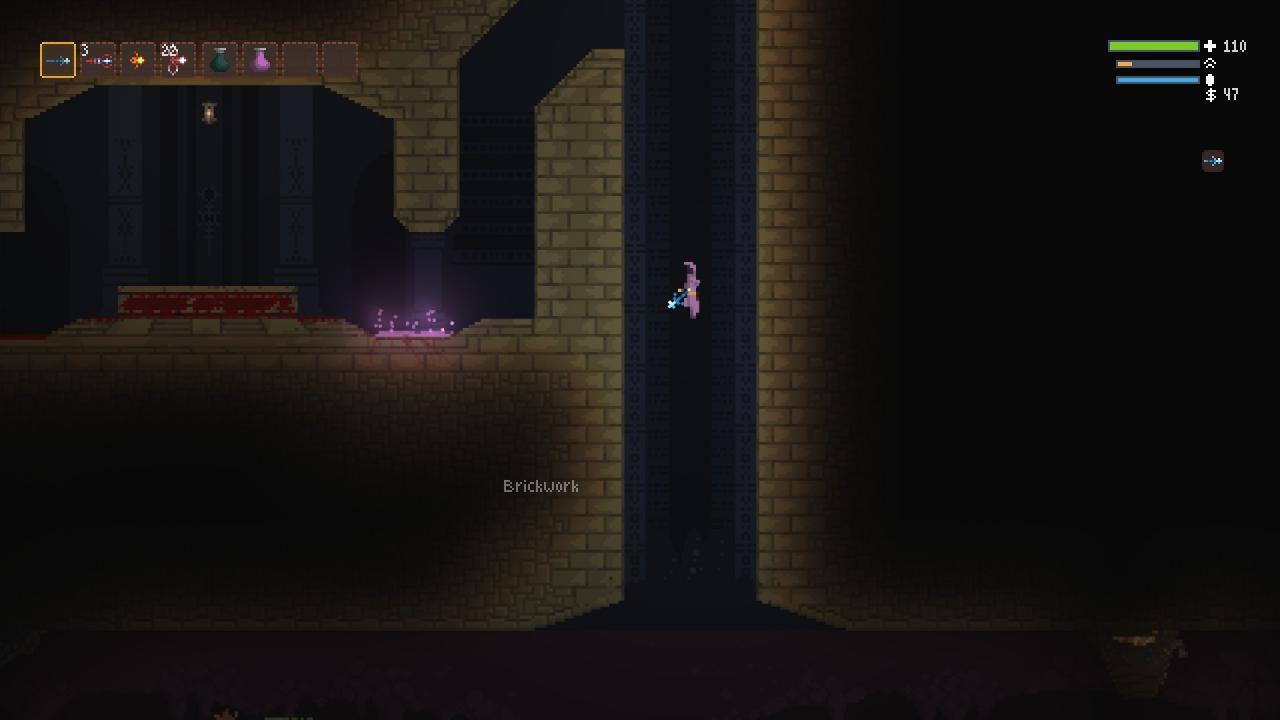 Just dip your ankles in some sheepiness and float on out. Once you’ve passed the upper part of the wall, you’ll want to slow your descent to check for anything lurking below; if necessary, you can hover around in the middle/lower part of the tunnel (shown above) until you return to normal without worrying about collapse.

Returning through the exit…

Getting back in through the main exit is the same as leaving, but it’s best to float up the tunnel a bit before sheeping yourself to ensure you don’t change back too early.

READ:  Noita: How to Reach the Secret Area

Leaving through the ceiling…

Getting back to the level above the Mountain can be a bit more tedious as it requires a bit of luck, and runs the risk of collapsing the Mountain. The process is pretty simple, just spray yourself with a Teleportatium Flask in the main room; I find it’s pretty reliable if you do it near the ceiling in the main shop area. 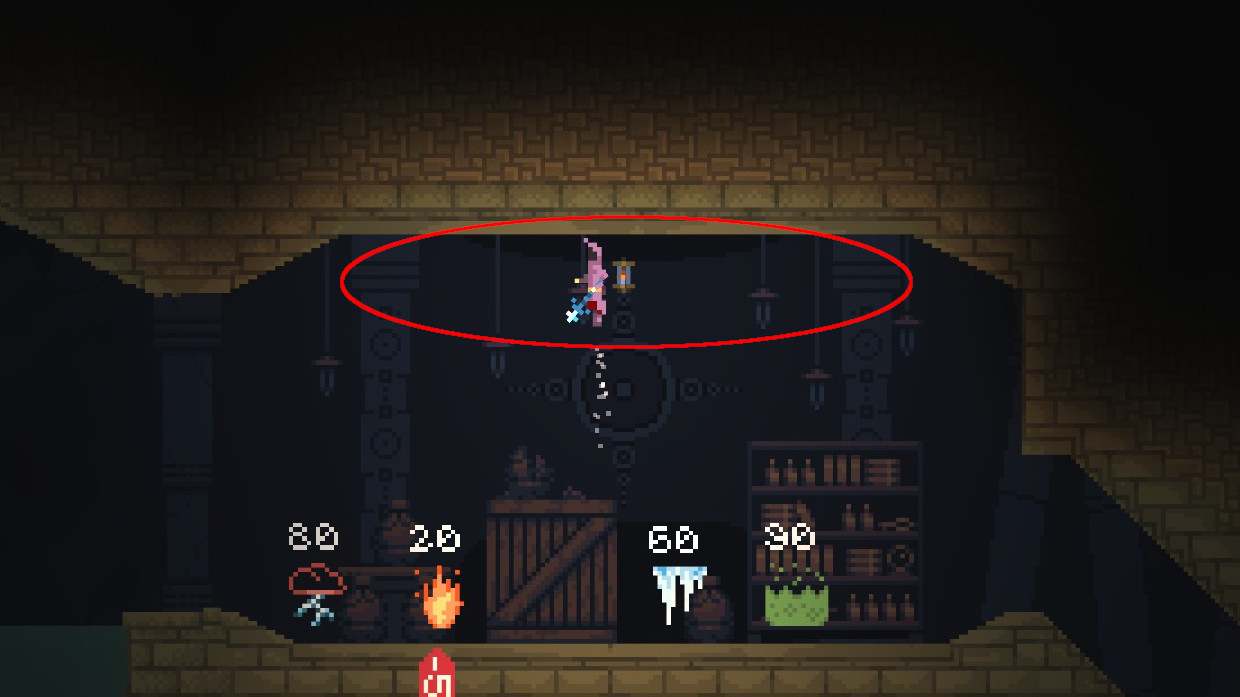 Depending on your luck you will be teleported…