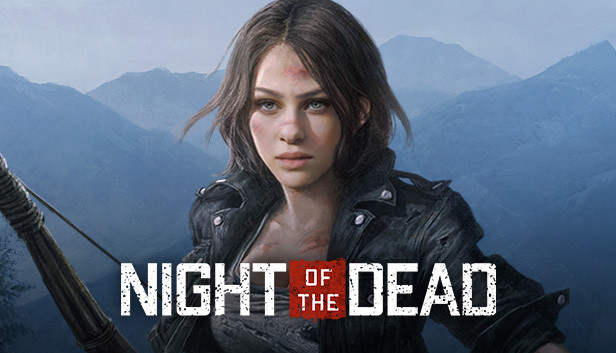 If you are a new players of Night of the Dead, this guide provides beginner tips and explainations of basic mechanic, let’s check it out.

A Brief Description of the Core Gameplay

Time Management and its Importance

This is the main ingredient to all aspects within the realm of NotD, with this i mean that you have to use every second outside of the Horde fight towards Recovering, Repairing and Restocking. take a minute to plan out your day; choose a route to Explore and Loot, gather necessary materials, and repair/build your base. by dedicating you day based on priority you can easily manage your days by Explore/Loot, Gather/Craft, and Repair/Build. dedicate a third of each day to these 3 activities, i find this order of operation works best for me but always up to the player to change it up just because 😉
this will be the basic structure of your gameplay loop and utilises as effectively as you need. easily adaptable by simply focusing more time one activity or another.

By keeping all this in mind as you start will help you better prepare for your playthrough, at first it seems impossibly slow, but as you make progress you see that feeling start to wane. lastly, this is a Tower Defence game and should be approached as such.

Lastly, if you are finding the difficulty you chose too hard, dial it back a difficulty level, you have 8 levels of difficulty as an option for a reason. now onward to gameplay topics and tips.

What to do at the start

So after you fist spawn into the world your tutorial will pop up prompting you do perform some basic tasks. do each task up to “The Foundation” but don’t complete this task just yet, it’ll make more sense later in the guide.

READ:  Night of the Dead General Guide of Everything

the tutorial already explains Research Material and looting Boxes, Metal Barrels and Cars for various materials. from those sources you will find Research Materials, Iron Pieces, and various others necessary for crafting later on. gathering Research Material should be your top priority at this time, even above a better weapon. Research material is how you progress and get stronger as it unlocks upgrades, skills,and perks that aid the player greatly when gathering, looting and building.

as you travel along the road you will see a few rural POIs, clear and loot these right away as they can be managed with only your Knife. these POIs will contain many items you can’t currently craft but will be necessary for completing some of the tutorial tasks. as i said don’t worry about these zeds too much, you can kite them out easily and use nothing more than your Knife and a few evasion methods that i will cover in a later section.

don’t worry about the tutorial once you’ve reached “Build a Pendulum” task, build your initial base first and once you want to start putting defences in place continue with the tutorial. it doesn’t add anything to character progression at this point, other than building up your defences but this early in the game its not that urgent.

Actually combat isn’t all that complex, after all they are only zombies lol. it feels similar to the combat in How to Survive if any of you have played that game/franchise. combo attacks again are fairly simply (light atk, light atk, heavy atk) and theres no blocks or kicks available currently. evasions come down to basic strafing or Hit and Run tactics. be aware though that 1 or 2 zeds on their own are very manageable, groups of 5 or more are not at all and you will become overwhelmed quickly. Tanking zeds will also get you into trouble, you may not necessarily die but you won’t be in very good shape afterward.

one more thing to note is that there are Special Zeds roaming about, i suggest avoiding contact and engagements until you have at least a couple upgrades for your Bow/Crossbow or a Rifle and a good supply of ammo. Specials in particular to avoid and are easy to spot are the Butcher (one found outside of the High School), he throws Cleavers at you :O and another is basically made of burning embers, hes very dangerous and once killed will explode. give this guy a very wide berth lol, when exploring into the first residential area theres behind the industrial building where the blue bus is.

READ:  Night of the Dead General Guide of Everything

thats the basics for combat, as updates are release i sincerely hope they expand on this system far more than it currently offers. Dodge or Kick would be nice 🙂

Alright with all the more technical aspects covered, on with getting started and to the fun bits. once you spawn in and complete the tutorial as covered in Section 1. focus the first half of your day to looting the streets and rural POIs, for the other half chop only trees and bushes until you have about 30 or so logs, should keep you going along with the materials you looted from the POIs to start your base. this is why i said to stop the tutorial at ‘The Foundation” task. complete the next few base building/upgrade tasks and stop again at either “The Pendulum” or “The Cutter” trap building tasks as these aren’t needed yet.

again the gameloop formula is simple, how you organise and prioritise importance is what makes the difference. i’ve given a basic Time Management formula to use; Explore/Loot, Gather/Craft, and Repair/Build. you can further tune your days based on necessity. you don’t even necessarily have to follow that specific order either, i’ve only ordered like that for logical effectiveness.

Research Material and where to spend it

Now its time to spend all that Research Material you looted earlier. Skills/Perks and Upgrades are very important in advancing, they ultimately govern time invested in specific actions. the first Skill/Perks you should unlock will be Gather, Porter and Looter as these will allow the player to spend less time focused on any one activity by increasing resource damage, inventory space and looting speed. next should be Blacksmith as it grants the ability to craft Upgrades for your equipment, then either spend or save any remaining Research Material.

READ:  Night of the Dead How to Disable Motion Blur

be sure to read each Skill/Perk to understand what they actually do, not what they SOUND like they do.

another rather simple and effective system much like the Skill/Perks system. each tier of upgrade provides more Damage output towards Resource Nodes (trees, rocks, iron ore) thus reducing the time it takes to gather. there are many upgrades capping out at 10, you will eventually be one hitting any resource node at some point. these Upgrades are just as important in time management as the Skills/Perks.

Bag Upgrades increase the total capacity of their respective category (resources, food and ammo) and are most effective when the Porter perks are unlocked. these should also be among your top priorities.

Not much to say here, this is strictly player preference. theres many strategies that base defence can take on, again this is up to the player in the end. what i do suggest though is building Trap Corridors leading to a central Killbox Arena. other than that get creative, would love to see some crazy gauntlets lol.
That’s all we are sharing today in Night of the Dead Tips and Basic Mechanics for Beginner, if there are anything you want to add please feel free to leave a comment below and we’ll see you soon.
Credit to Kraft51