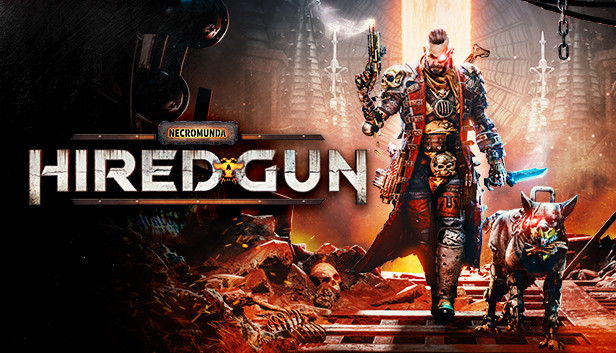 For Necromunda: Hired Gun players, this guide provides an implicit tier list of the weapons in game and their uses are explained as well, let’s check it out. 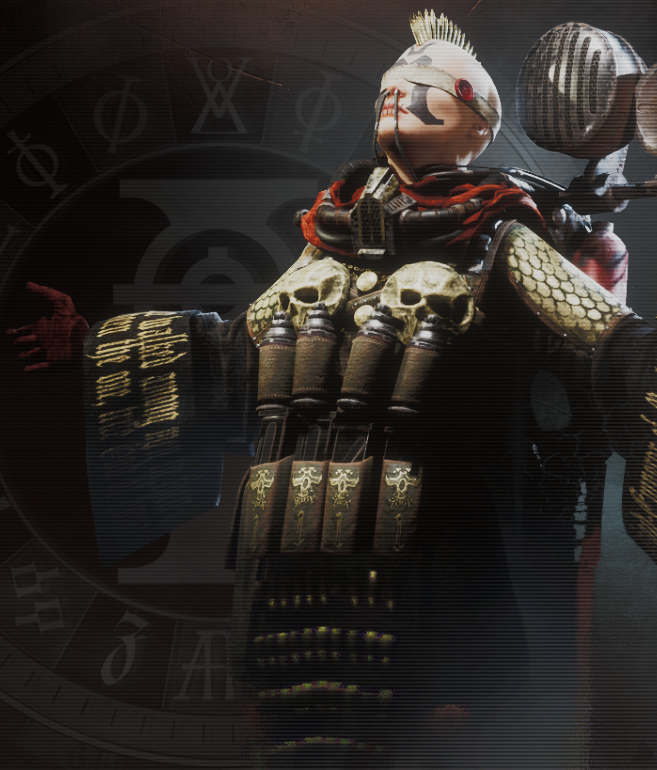 This is a brief guide on what weapons to look out for and how to best utilize them. Necromunda: Hired Gun sports 18 weapons, all of which are highly customizable and fall into one of 4 categories: pistols, special weapons, heavy weapons and basic weapons. When equipping weapons the player is allowed to take two of these guns from the pistol category, and an additional 2 of any category.

This guide is written assuming the player aims to min-max on their ability to kill enemies fast. This implies that if you instead prefer a more slow and tactical approach many of the points made here are not guaranteed to apply. Remember this topic is also somewhat subjective even outside of the number crunching; especially as the latter does not always represent the weapons well.

These are the weapons I would consider very solid choices when equipped with the appropriate modifications. All weapons here are considered in how effective they are in performing their designated “role”; implying it definitely doesn’t make sense to always use this weapons regardless of the situation. Weapons are in no particular order.

Death Bringer
DMG: 47, BPM: 368, MAG: 20
The Death Bringer has great accuracy and great recoil control. It can be upgraded to have excellent armor piercing to boot. You really cannot go wrong with this weapon with exception of being cornered by a large quantity of enemies.

Escher Kiss
DMG: 28, BPM: 600, MAG: 20
The Escher Kiss can be upgraded with the second highest efficiency in the game simply because the Archeotechs add a flat damage bonus. It is a jack of all trades master of none type of weapon. It is better against groups of enemies than all but one of the basic weapons but worse at range. Because so much of the combat takes place up close the Escher Kiss is a really mainstay weapon. Has the fastest reload animation in the game.

Funeralball
DMG: 78, BPM: 200, MAG: 8
The Funeralball is a weapon that is exclusively used to deal with groups of enemies. It is very prone to hurting the player when not used with the appropriate care. When the perfect situation for this weapon arises, which does happen multiple times per mission, it is the best weapon to get the job done. It deals immense area of effect damage in a short amount of time but takes forever to reload.

These are the weapons that you could definitely use, but don’t feel like they’re the best in their category. All of these weapons should be able to get you through the game on any difficulty just fine. Weapons are in no particular order.
READ:  Necromunda: Hired Gun Full A Save File (All Missions Ranked A)

Striker
DMG: 36, BPM: 625, MAG: 30
One of the first weapons you get to use, the Striker remains a solid choice until the very end of the game. It is the more dps oriented version of the Death Bringer. It is better at dealing with groups of enemies but considerably worse at dealing with armored enemies or popping heads. Because the Escher Kiss can already mitigate this weakness for the Death Bringer it remains a superior pick to the Striker.

VPanther
DMG: 28, BPM: 750, MAG: 40
The VPanther is very similar to the Escher Kiss, but takes up a regular item slot. This is the only reason it is found in this category as it would have replaced the aforementioned otherwise. By virtue of its enormous firerate it can be upgraded very efficiently, has good armor penetration and very decent accuracy and recoil control. It is however inferior in killing enemies at a distance to the Death Bringer, which justifies its position here.

Scars Machina
DMG: 47, BPM: 496, MAG: 20
This gun challenges the position of the Escher Kiss. It becomes quite inaccurate while tapping too often but puts out a lot of damage and has decent armor penetration. Because of its lower magazine size, lack of an automatic mode it is somewhat less efficient at clearing large groups of enemies in a pinch. This puts it slightly below the Escher Kiss in contesting the slot for that role and thus in this category.

Wrath
DMG: 76, BPM: 86, MAG: 8
Challenges the position of the Funeralball by being very efficient at clearing groups of enemies, but only from a safe distance. It deals tremendous damage by virtue of dealing both high damage on impact and on the secondary explosion. The fact that it has a delayed explosion and way lower firerate makes it significantly worse than the Funeralball at getting the job done. It does however oddly work decently outside of clearing groups and homes in on targets that are at a large distance from the player. It is a very weird weapon to use but clearly inferior to the Funerallball in case of the aforementioned.

Firebird
DMG: 56, BPM: 300, MAG: 12
A very powerful pistol slot weapon that does everything well but has few customizable options. There isn’t much to be said about the Firebird; it’s great, one of the best allround weapons in the game even, but isn’t the best in any category you might find needing.

M’MA
DMG: 80, BPM: 200, MAG: 6
A very esoteric weapon that requires specific modifications to shine. It is one of the only weapons in the game that can equip a silencer without experiencing any noticeable loss of efficiency. It is the best marksman option for “quick swapping”, being great as an opening shot just to immediately switch to something else. Can one hit lightly armored targets with a shot to the head in the end game. Very accurate but suffers from high recoil. The real reason it doesn’t belong in the great category is for it contests a non pistol slot. Solid pick for alternative configurations.

These are the weapons I consider clearly inferior to the aforementioned. This does not mean they cannot be used to great efficiency, but you’d probably be better off swapping it for something else. Weapons are in no particular order.
READ:  Necromunda: Hired Gun How to Skip Intro

Hashin’s eye
DMG: 60, BPM: 100, MAG: 13
It can be effectively used to pop heads at some distance, but is vastly inferior to just using the Death Bringer if you aim to be efficient about it. It does look fancier however. It also contests the slot for the M’MA in some other configurations, but is worse at getting the same job done due to a lack of armor penetration.

Burningsun
DMG: 70, BPM: 240, MAG: 15
A complicated weapon that does a pretty good job at everything but is nowhere near the best at each of them. Obscures vision unlike any other weapon. Worth noting that the explosive modification is experiencing a bug right now.

Doghammer
DMG: 48, BPM: 300, MAG: 12
Practically pointless at any significant range regardless of the modifications, but performs well up close. Makes no sense to use as a basic weapon because it is contesting slots for weapons that are downright better in attempting to create a well rounded configuration. Also significantly obscures vision.

Pious Legacy
DMG: 60, BPM: 97, MAG: 20
This real position this weapon contests is for the role of the strangest weapon in the game. It is inferior to the Doghammer as a shotgun but can be configured to work as a shotgun-marksman weapon. In either case it is clearly inferior to the alternatives.

Scatter
DMG: 58, BPM: 331, MAG: 30
Arguably the best of a rather pointless category of weapons. The Scatter actually contests the slot for the Death Bringer, but has way too much recoil to be a true contender. Works better at clearing groups of enemies in a pinch, but significantly worse than the Escher Kiss, putting it in the category of weapons that is clearly outclassed.

Tempest
DMG: 31, BPM: 600, MAG: 70
Only marginally better than the Escher Kiss stat wise, with a slower reload time and contesting a non pistol slot. Like all heavy weapons it can be made to fire extremely rapidly for the highest potential dps in the game, but at the cost of being able to hit anything whatsoever.

Epitaph
DMG: 71, BPM: 462, MAG: 2
The most complicated weapon in the game. It is doing what the M’MA promises to do in a pistol slot, potentially making it an incredible weapon – but it does so with downsides that are too big to overlook. It does practically ignore armor and deal a tremendous amount of damage, being able to easily one shot lightly armored enemies with a shot to the head. However, it’s unmanageable recoil flinging the crosshair up by a noticeable amount and the simple fact it houses but two shells is what makes this weapon very difficult to use. You would have to reload it several times during a single encounter, and it’s noticeably slower at it than the Escher Kiss. Even if it contests the rudimentary second pistol slot (which it almost always did in my case) the recoil is troubling, and I often found myself not using it.

These are the very few weapons in Necromunda: Hired Gun that I consider downright bad. They are contesting some slot very poorly or simply have no real use. Weapons are in no particular order.

Ironfist
DMG: 43, BPM: 316, MAG: 6
The best of the worst. The Ironfist is not all that bad, with reasonable stats across the board. The problem with this weapon lies in the simple fact it is hopelessly outclassed in everything it achieves by other weapons. You could put it in the rudimentary second pistol slot just to never use it, as it would arguably be the best weapon for the job.

Iron rain
DMG: 45, BPM: 400, MAG: 50
This weapon is similar to the Tempest, but has the advantage in all the stats that do not matter. Hopelessly outclassed by the Escher Kiss.

Ironfist default
DMG: 43, BPM: 316, MAG: 6
The Ironfist but without any customizable options. It starts off bad and remains bad throughout the entire game.

That’s all we are sharing today in Necromunda: Hired Gun Complete Weapons Tier List Guide, if you have anything to add, please feel free to leave a comment below, and we’ll see you soon.
Credit to Incredibly average