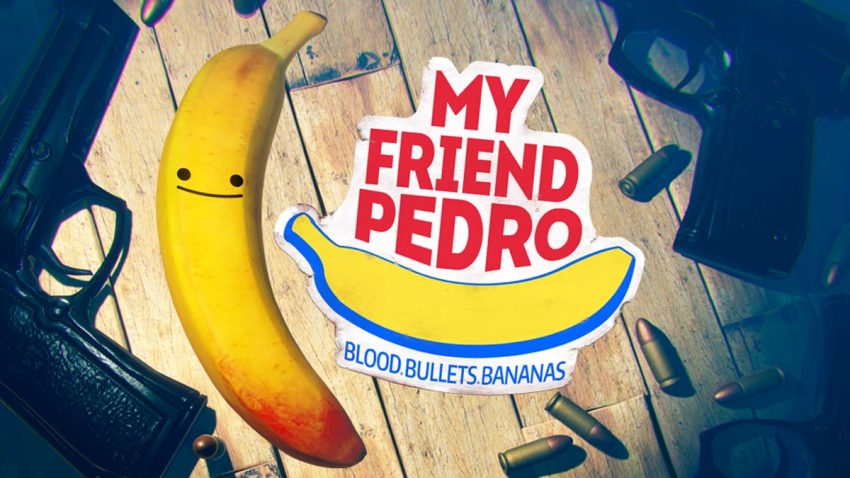 The locations of modifiers with pictures. Just don’t insert weird yellow objects in your head.

Just a reminder on what is where. 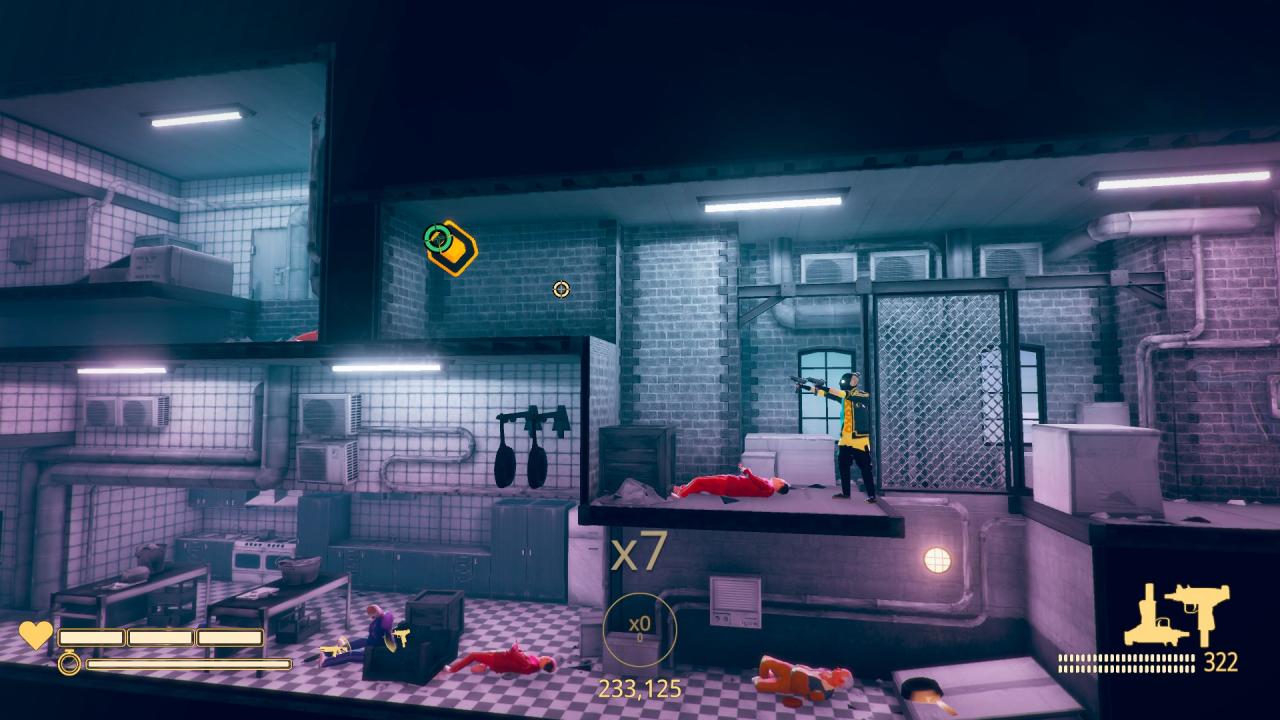 After the kitchen area, there is a stack of boxes, destroy them and get yourself infinite ammo. 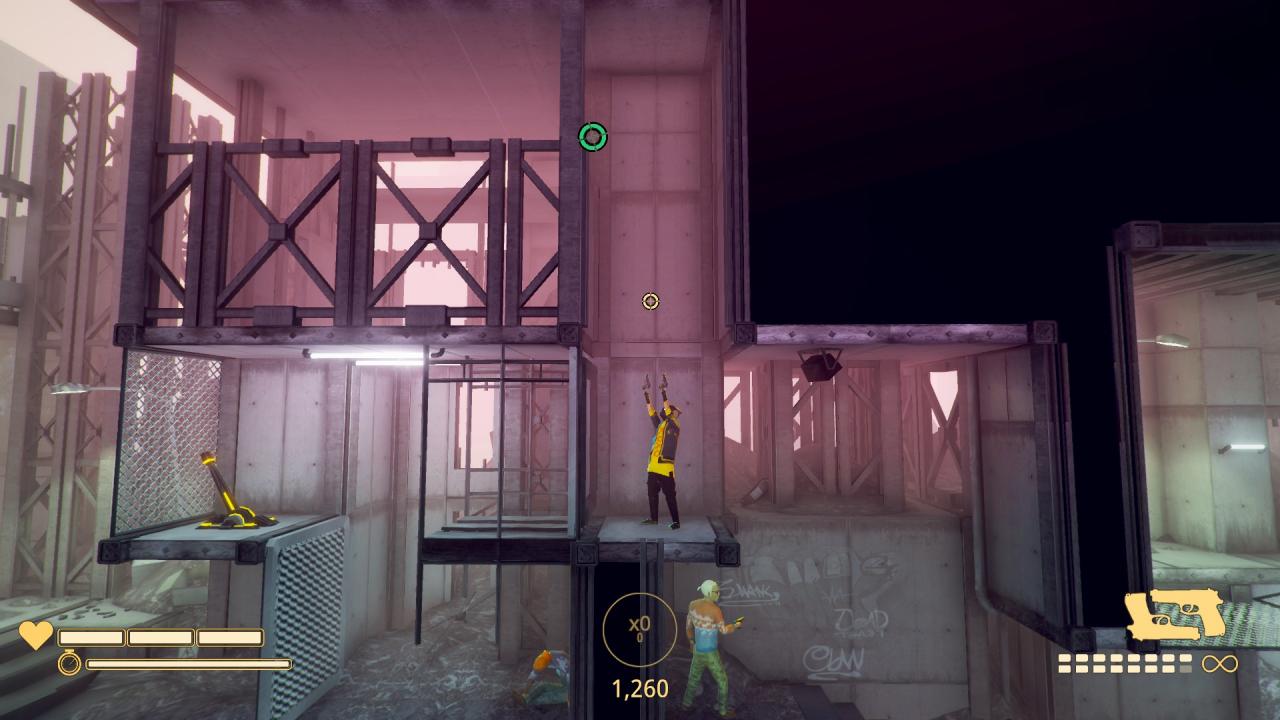 Just above the third switch there is a space with a vase, break it and you get the one shot modifier. 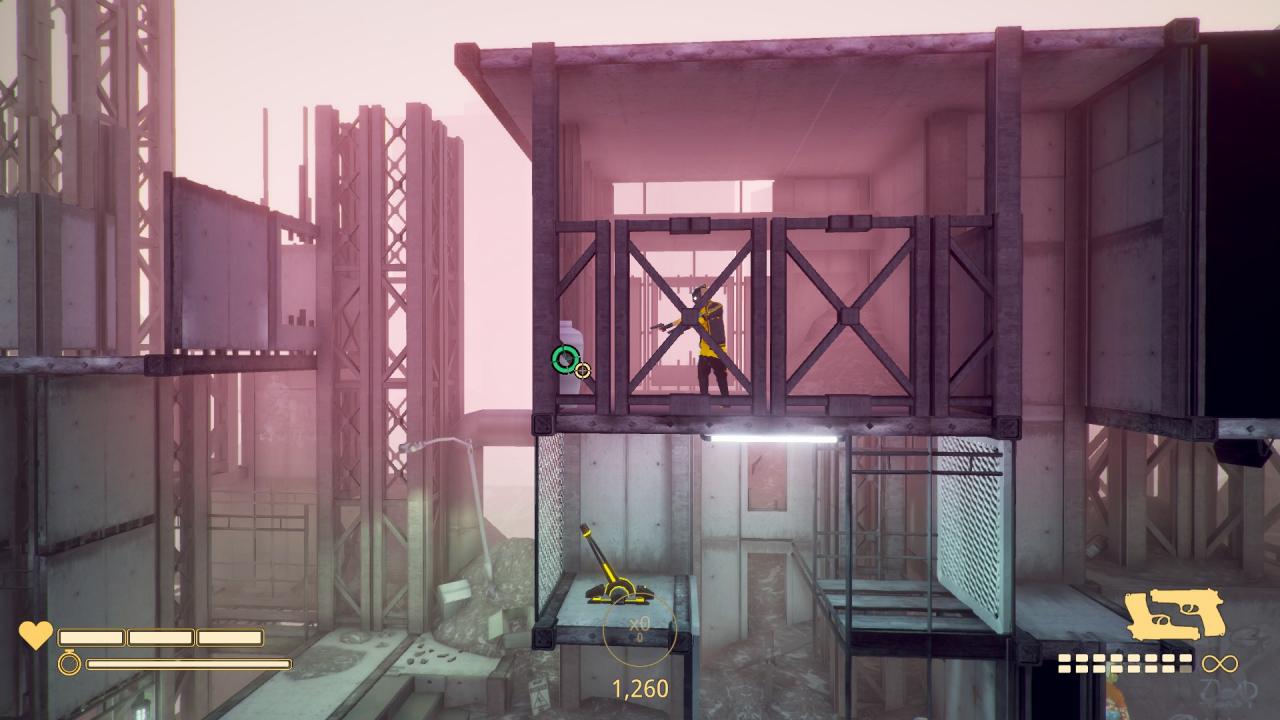 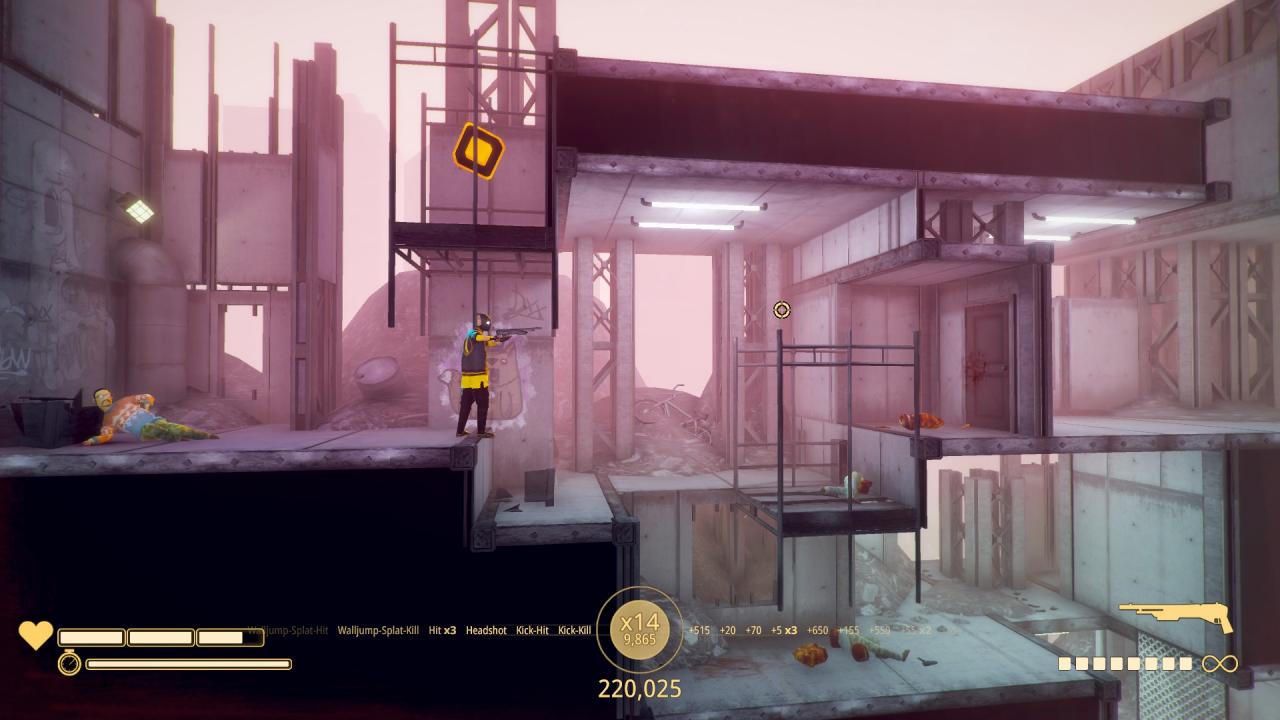 It’s located right before the end of the mission. 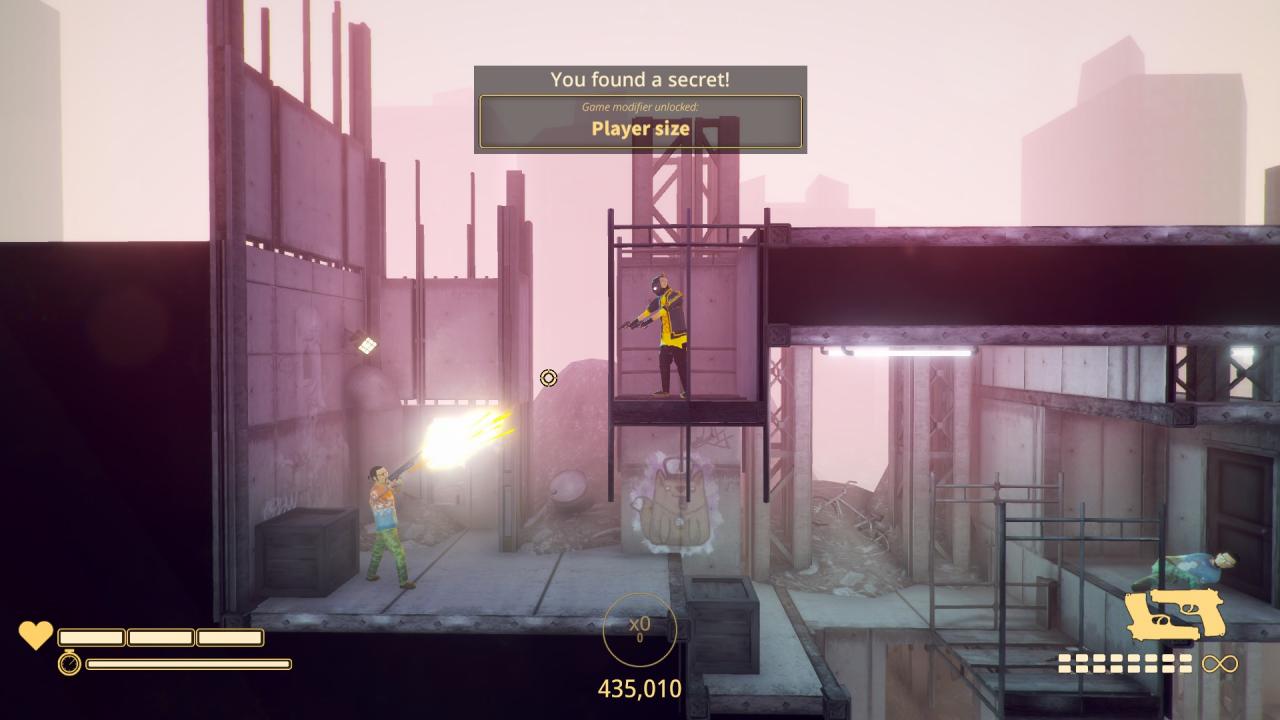 You need to leave an enemy near the secret alive, and use him to jump up to that place. Might need a few tries, but after that, you will get rewarded with player size scroller. 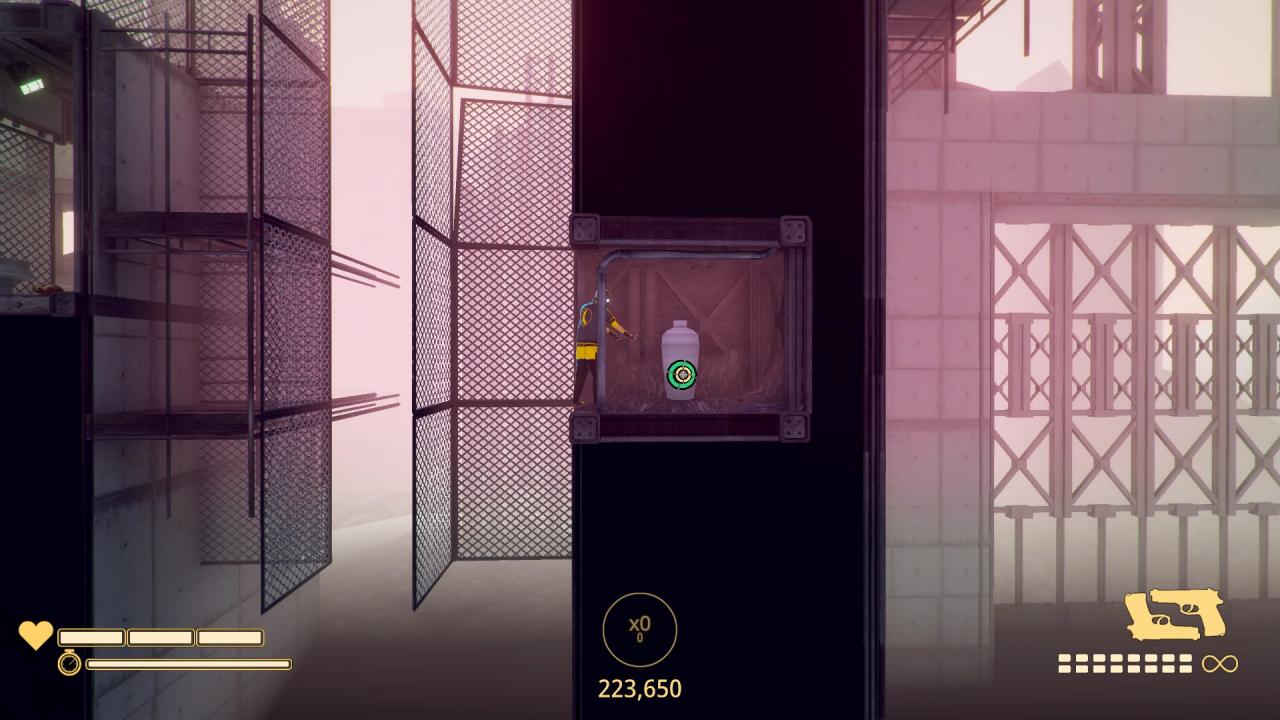 It’s located in the bottom right area with a bottomless pit. Relatively easy to get. 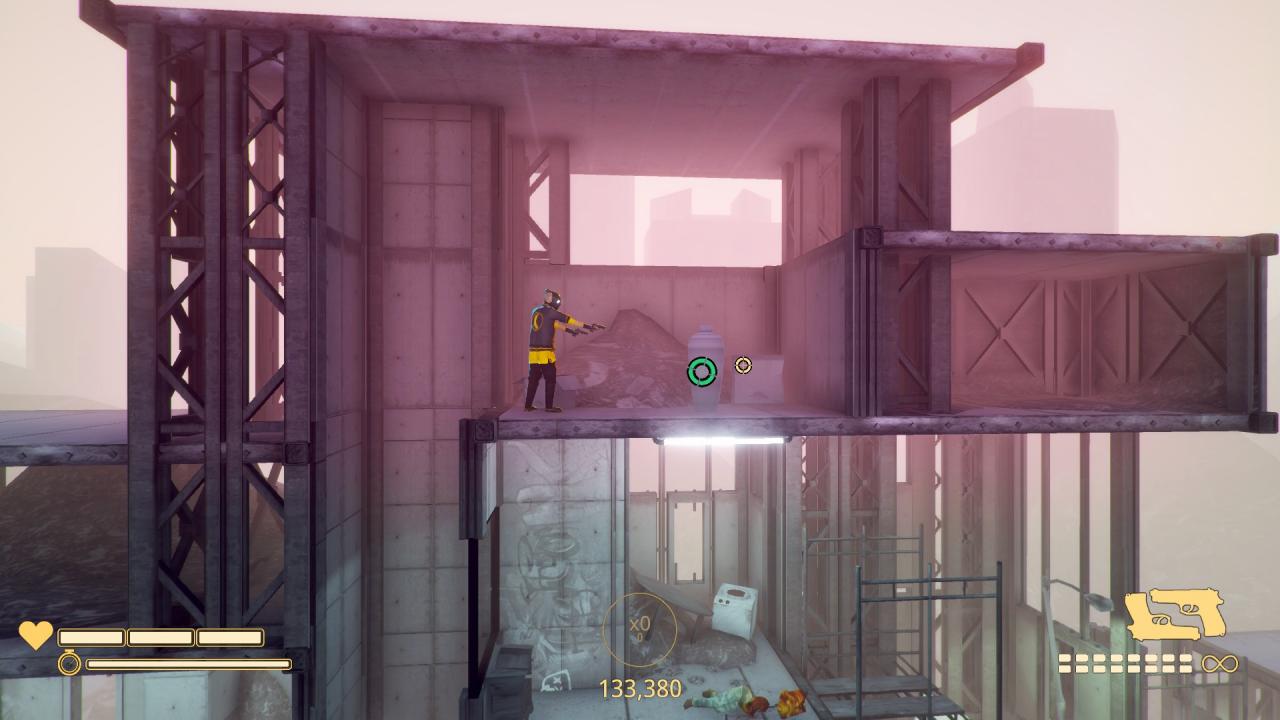 Located in the building, on the top. Jump out of the window and walljump up, and destroy the vase. It will net you a cinematic camera. 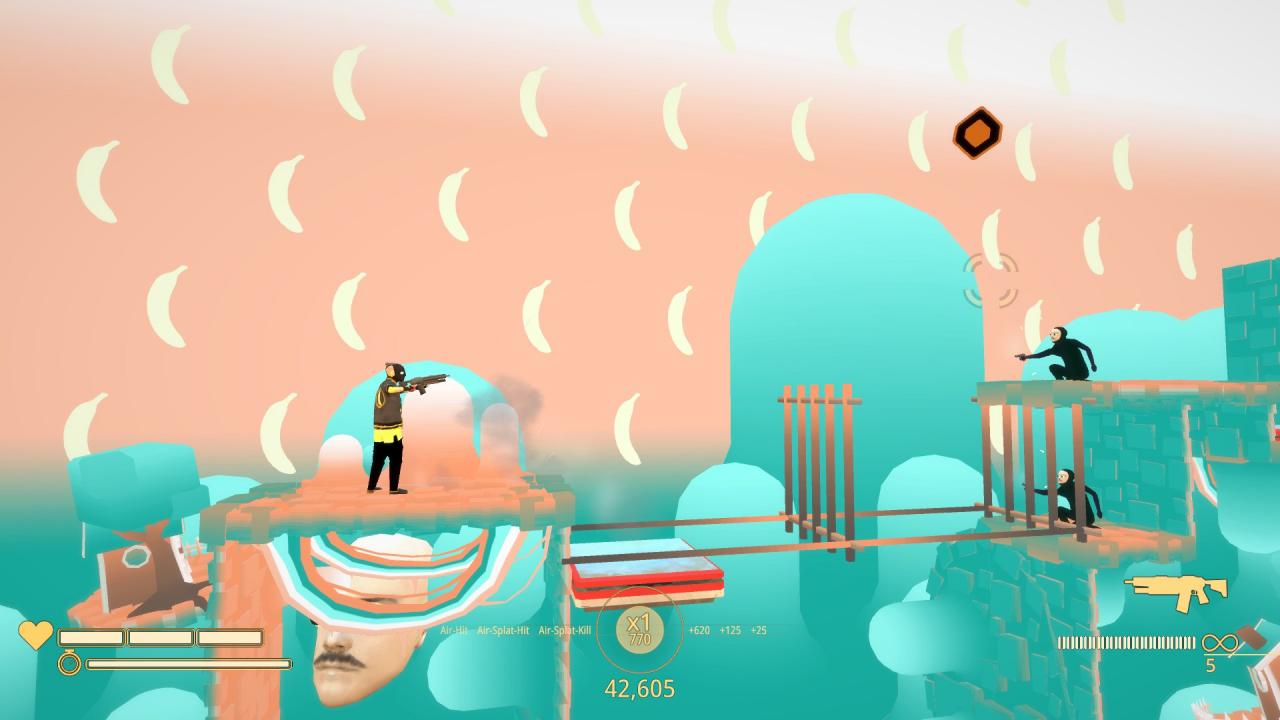 You’ll see it yourself as you progress through the mission. The secret to get it, is to jump on the enemy and try to grab it. High risk of dropping down in the bottomless pit, but it’s worth it. If you like Side-on camera that is. 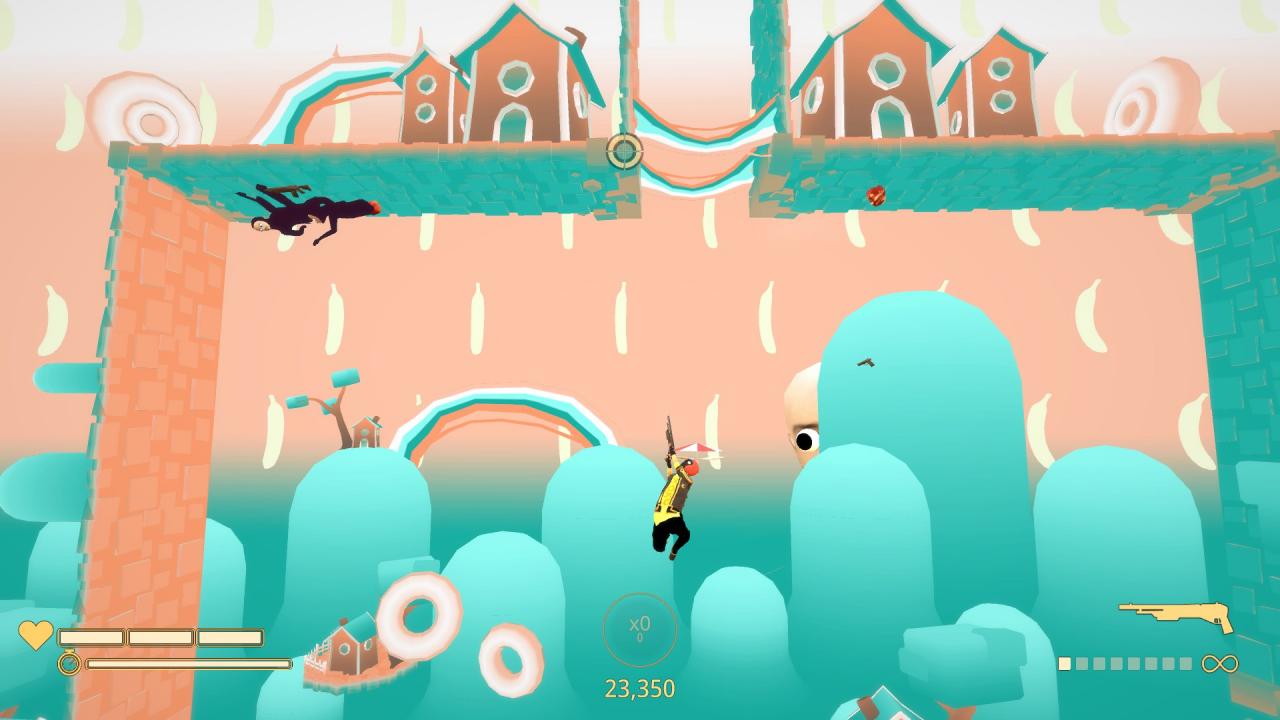 After killing a couple of enemies, fly up, you’ll see a small tunnel going up. Get to the top of it, and you’ll get the modifier for big heads. 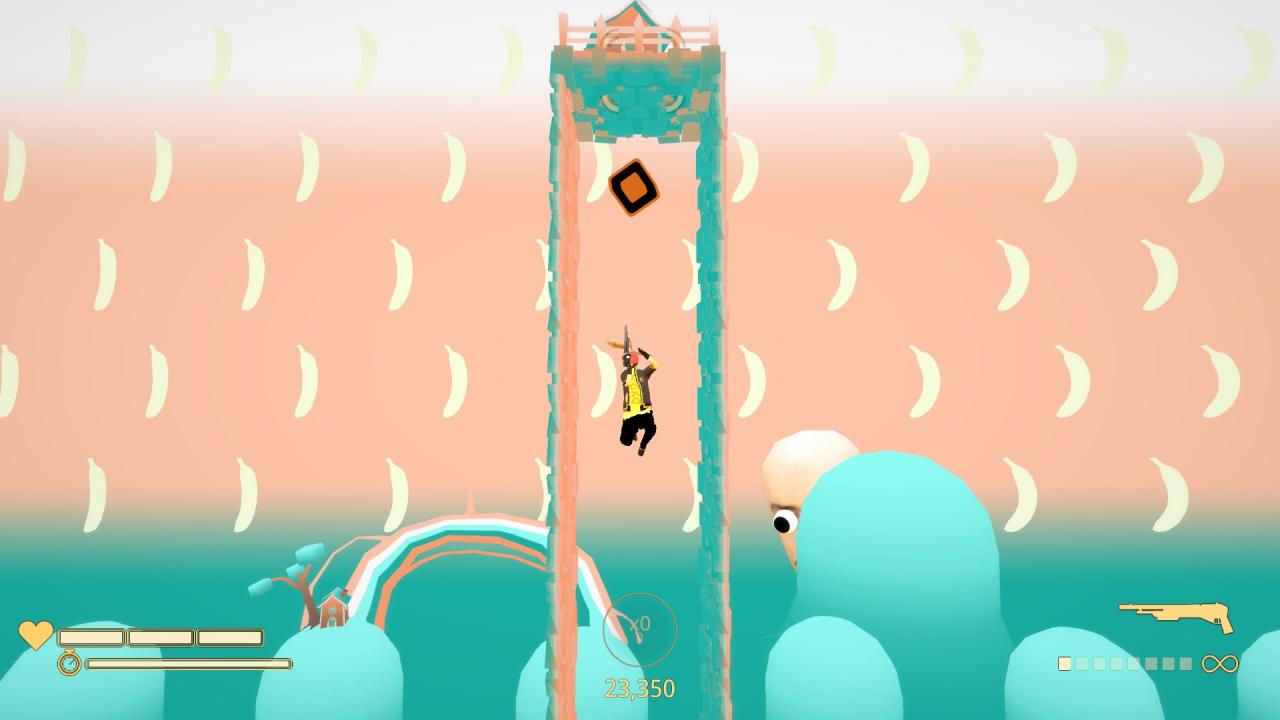 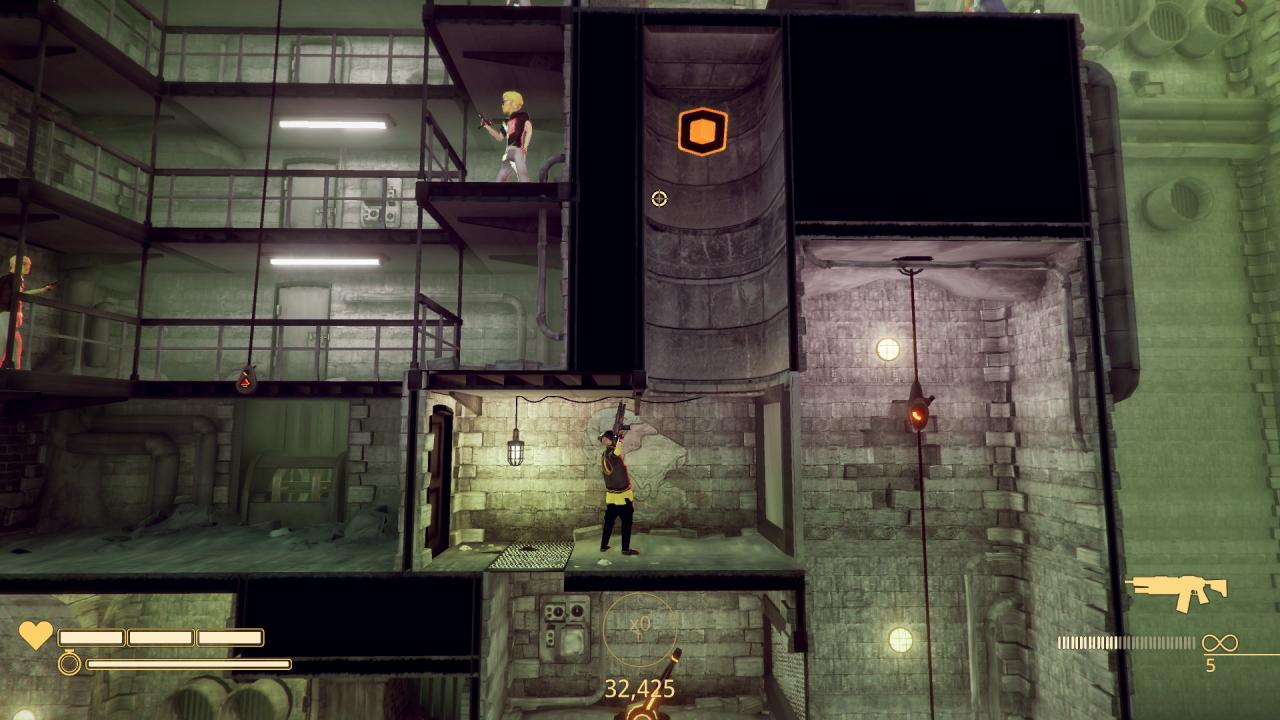 Easier to show than tell, but anyway, you’ll need to shoot the switch in order to close the door. Modifier gives no recoil. 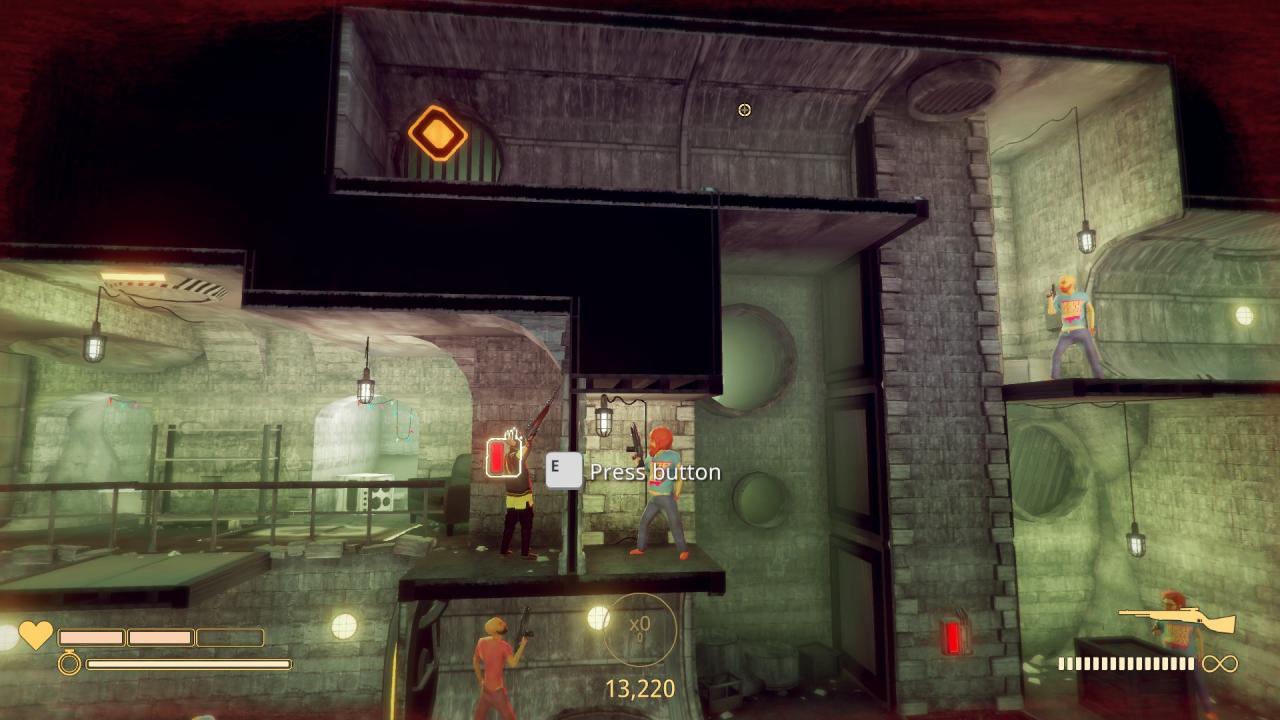 Easy to spot. Two ways of acquiring it. Either be fast and walljump to it, or use your enemy as an improvised wall. Isn’t that simple, but it gives you a modifier for the player speed. 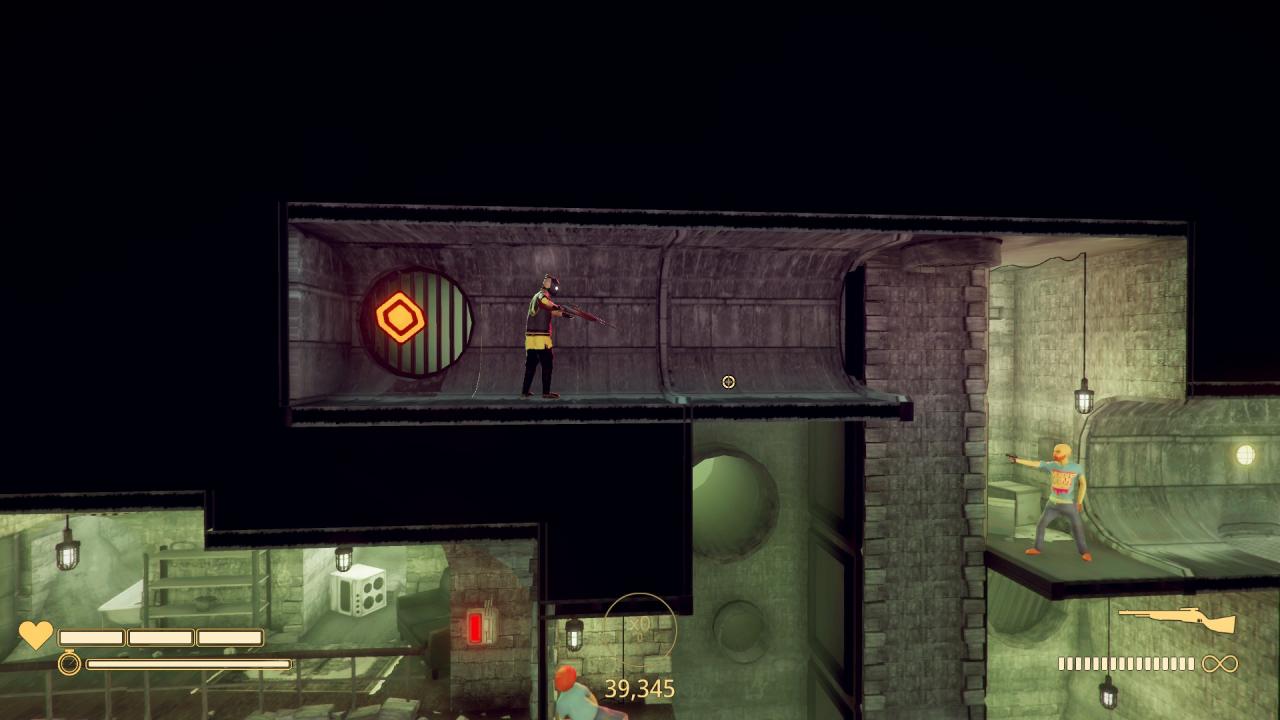 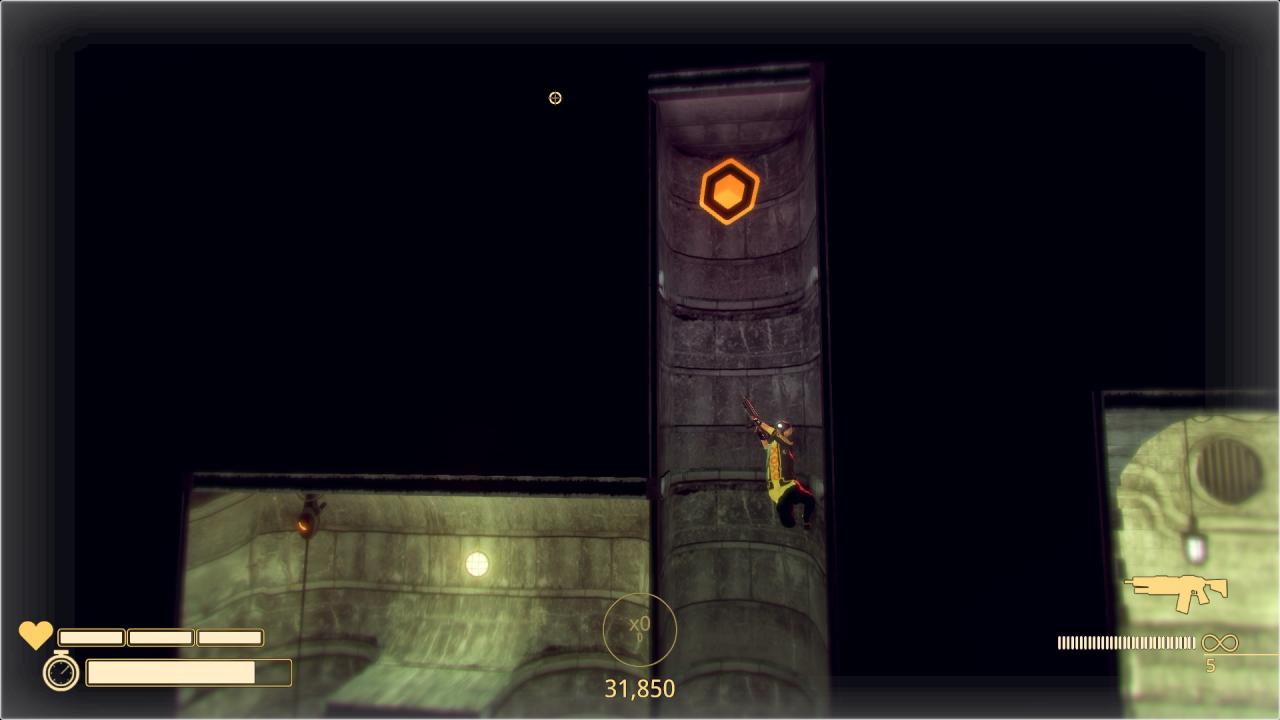 It’s located in the small shaft after the encounter with neon suits enemies. You need to be quick in order to close the door behind you, but after it’s done, just walljump until you reach the modifier. 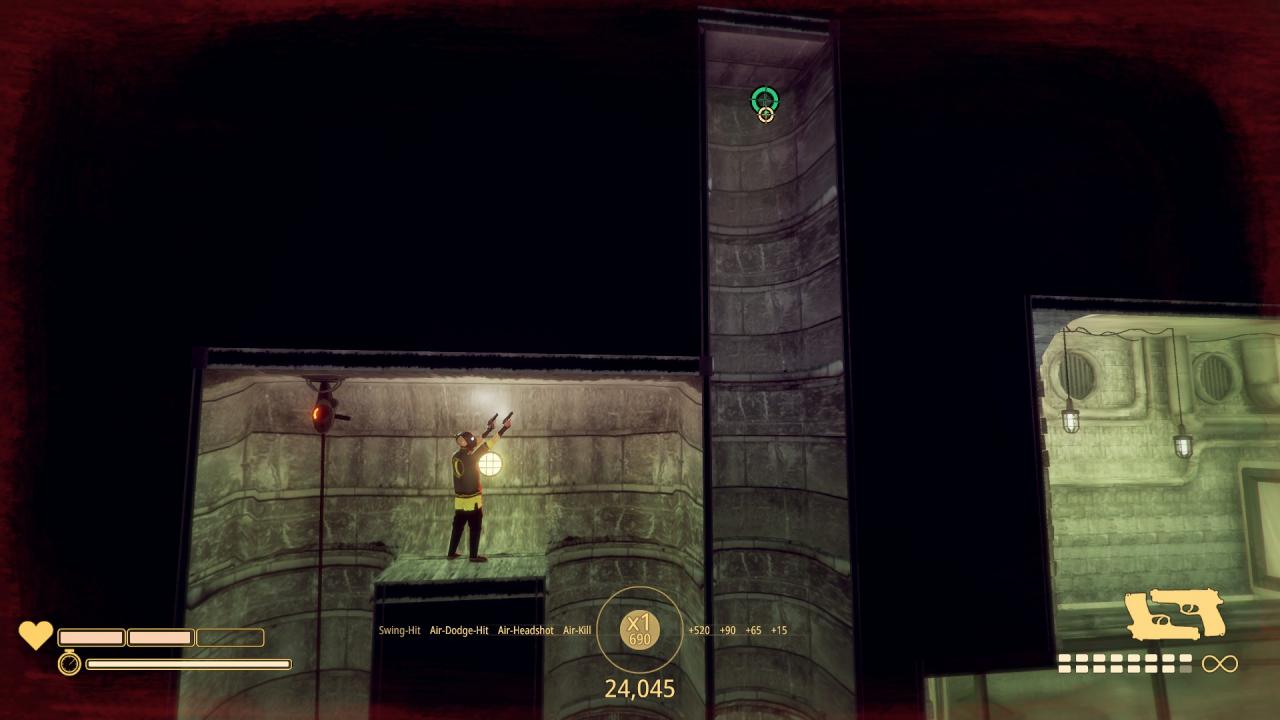 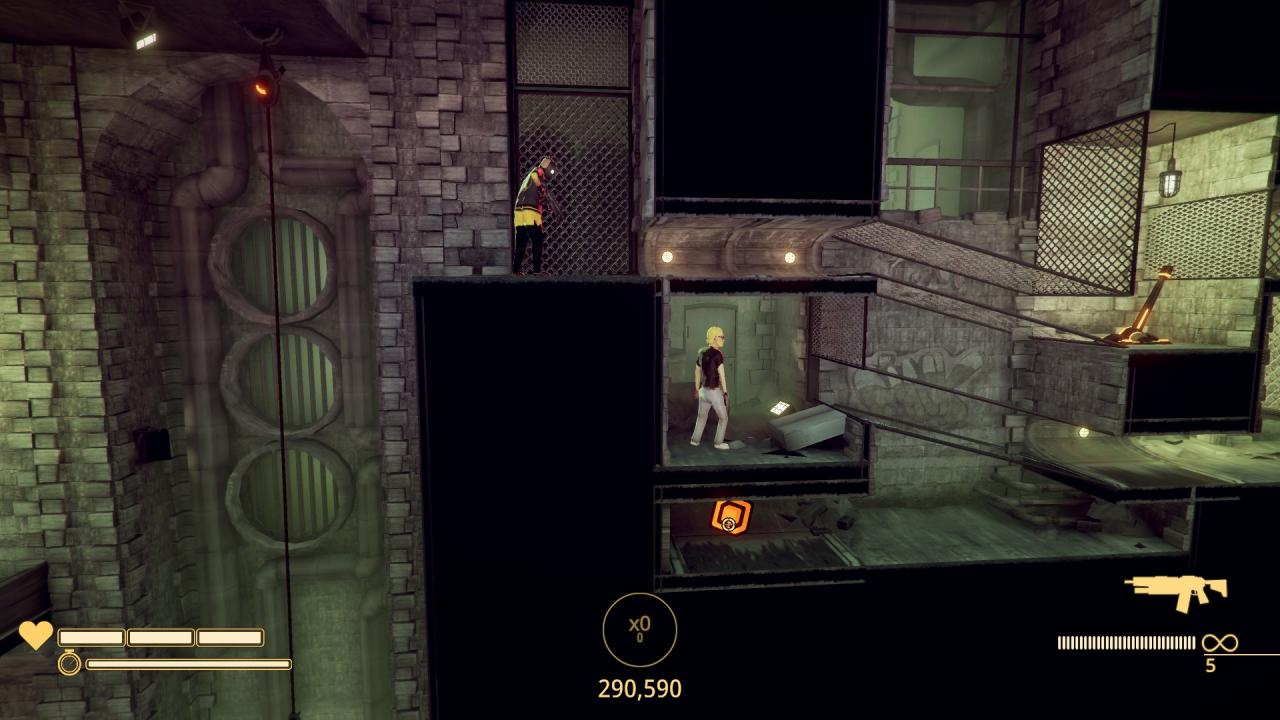 Progress and you’ll see a familiar orange thing, that you need to get to by solving a primitive puzzle. Don’t get me wrong, I like the simplicity of this game, but come on, get some weird hard to get secret places, please? Anyway, just shoot the lever from the other side, by jumping and shooting it in the room with already dead enemy (so you won’t get health damage) and get back to the infinite focus modifier. 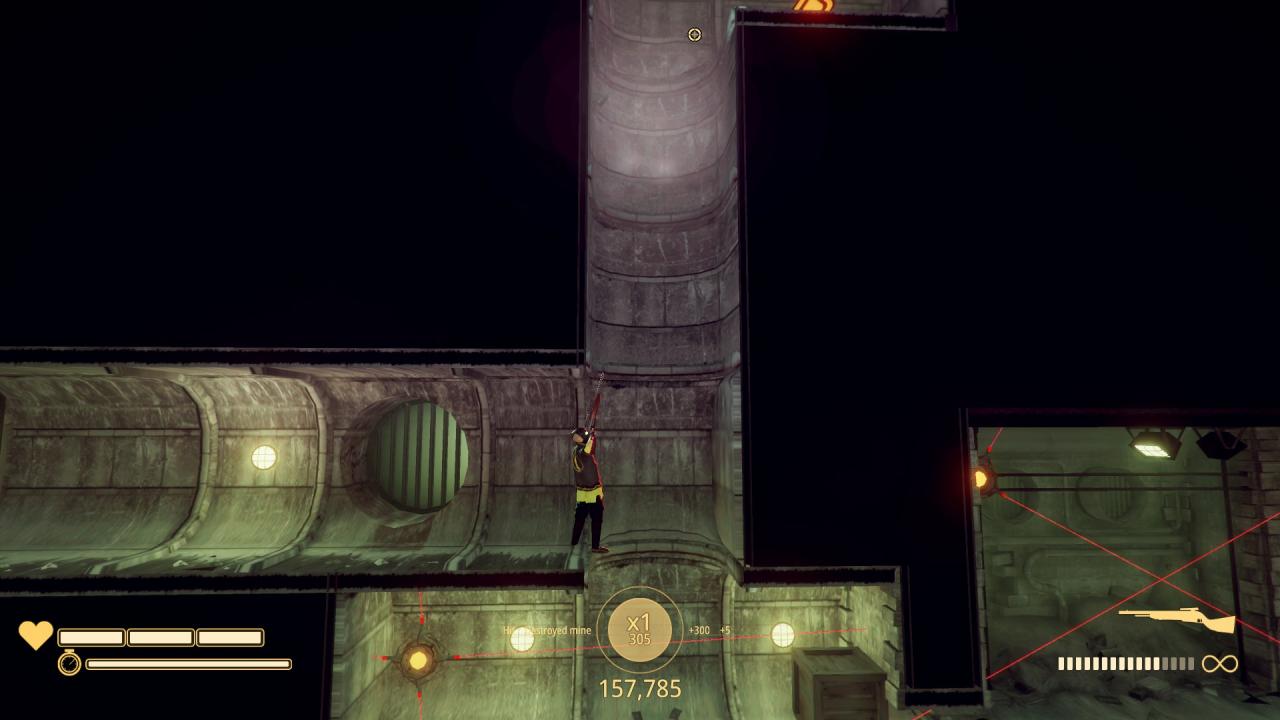 Progress through the level and you’ll come to the room with two mines. Walljump up and get yourself a focus speed modifier. Note that if you drop from there, you’ll have to either kill yourself, or start over, and killing yourself is not an option. 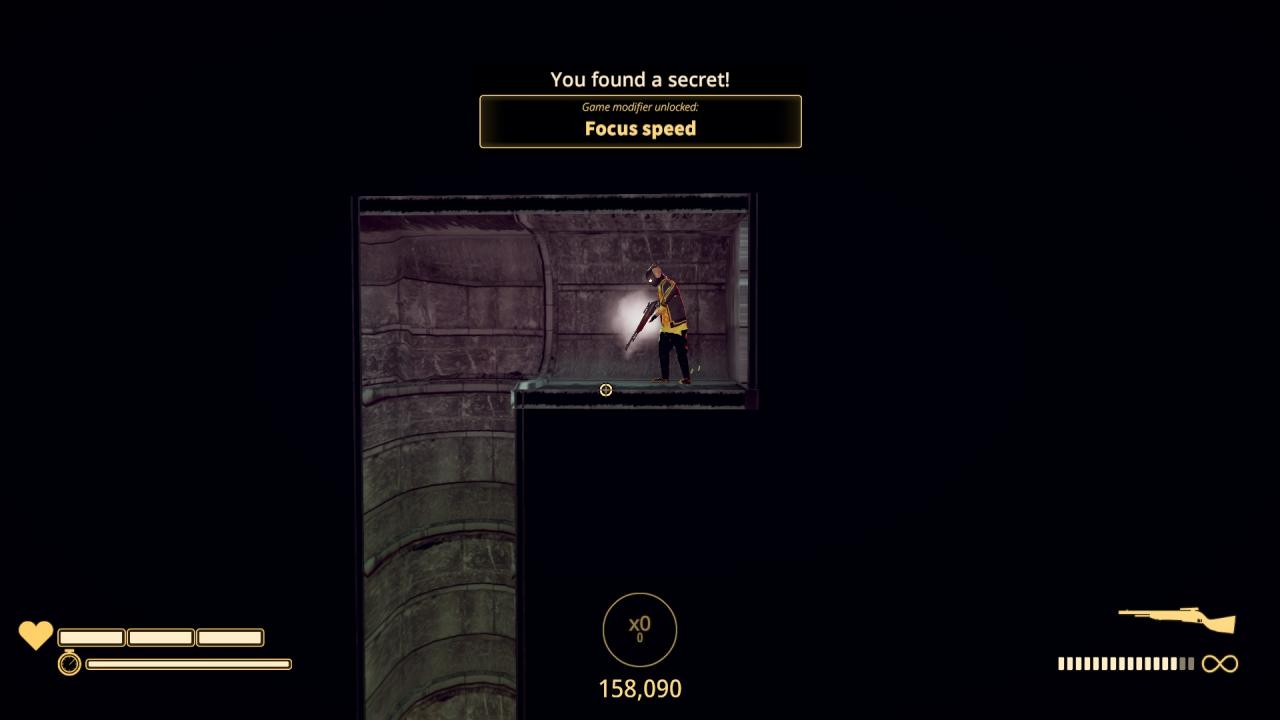 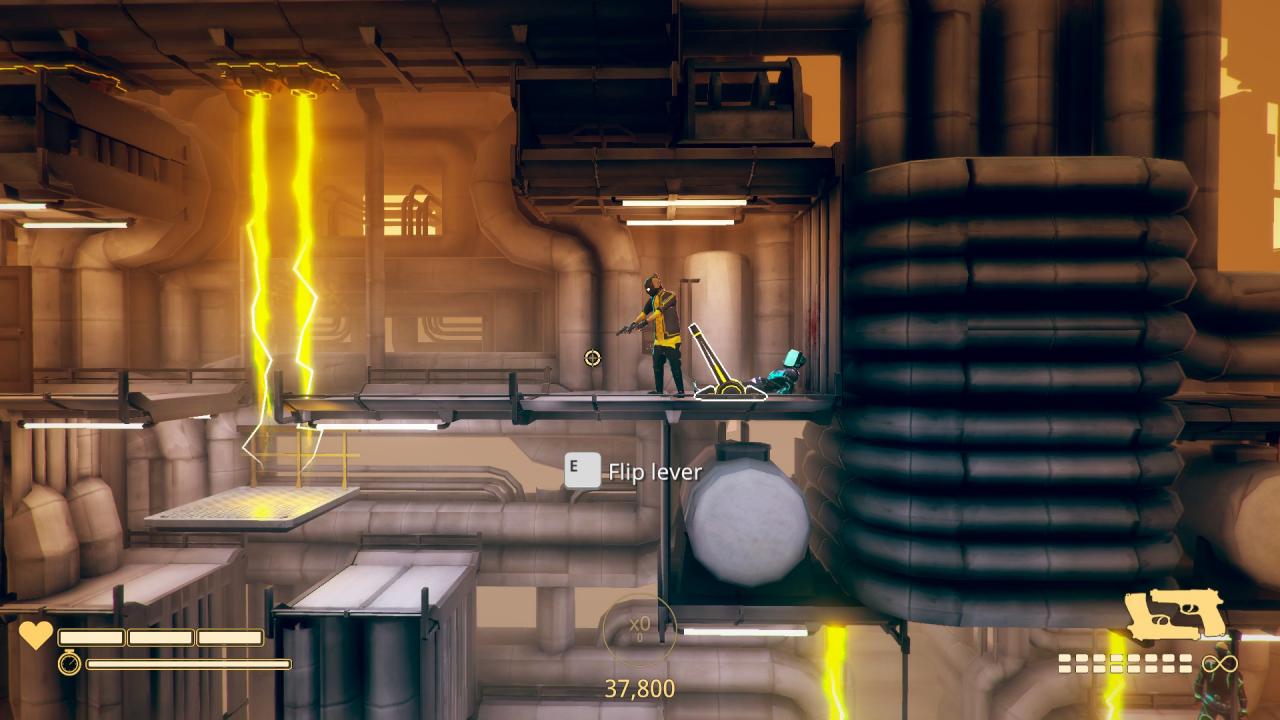 Progress through the level to the point where yellow lasers appear. When you have to use a lever to move the platform, just before jumping down in between the lasers, shoot the lever, and get the platform up, while you safely get the last delicious modifier, that makes enemies one-shot you. Don’t try with bosses. Or try, either way it’s going to be fun. 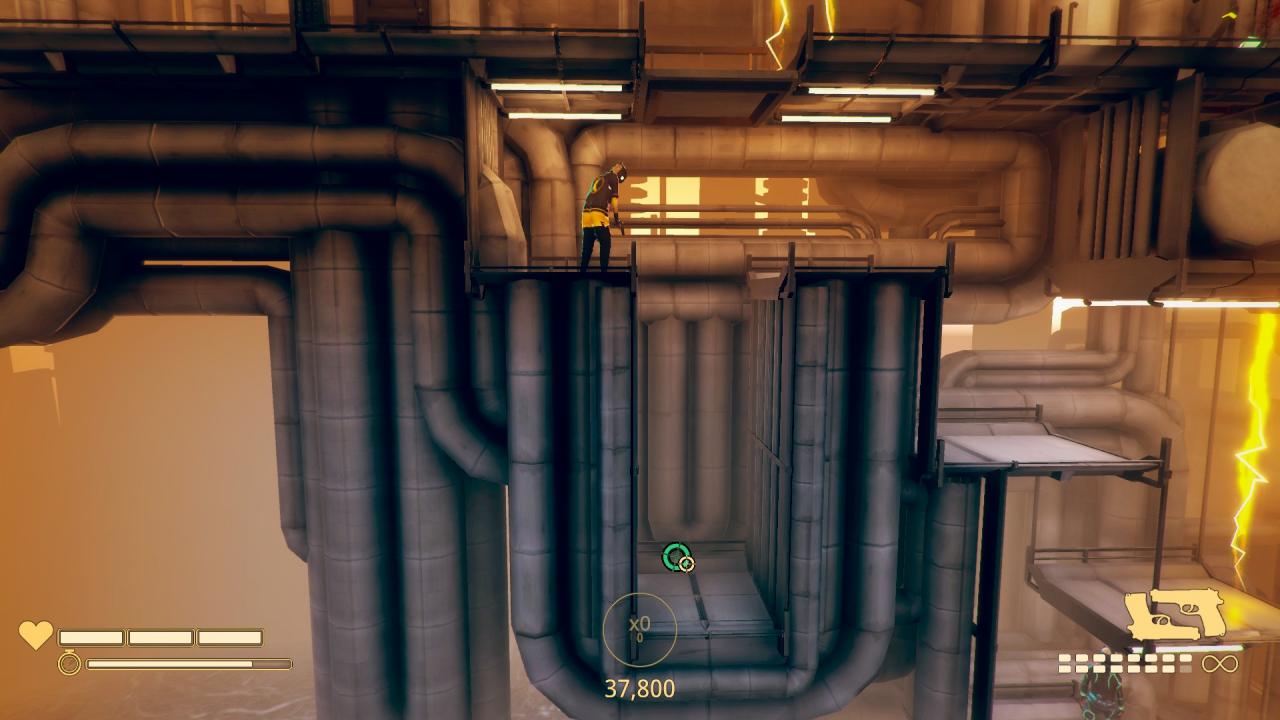