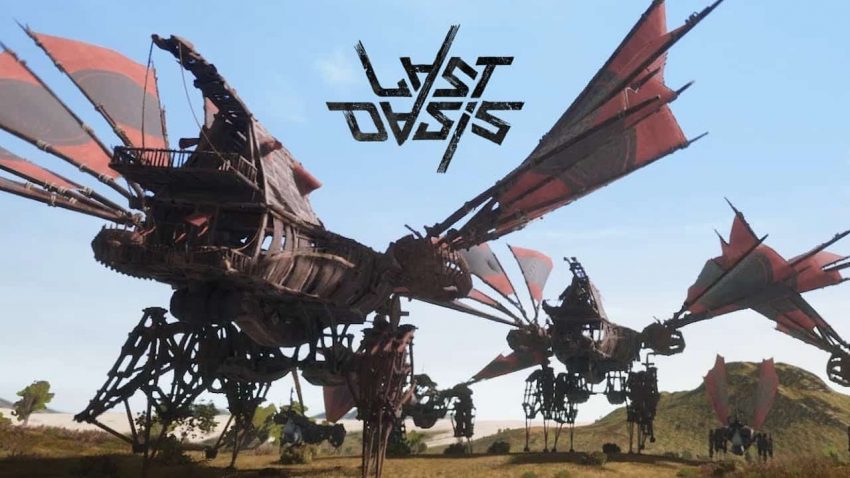 For Last Oasis players, this is a guide about melee combat and it’s for beginners, in this guide I will attempt to help new players or those who didn’t focus much on melee combat in the game, the video guide is provided as well, let’s check it out.

I highly recommend everyone to do these first steps. At first they might feel uncomfortable, but over time it will help you improve a lot and make melee a lot more enjoyable. 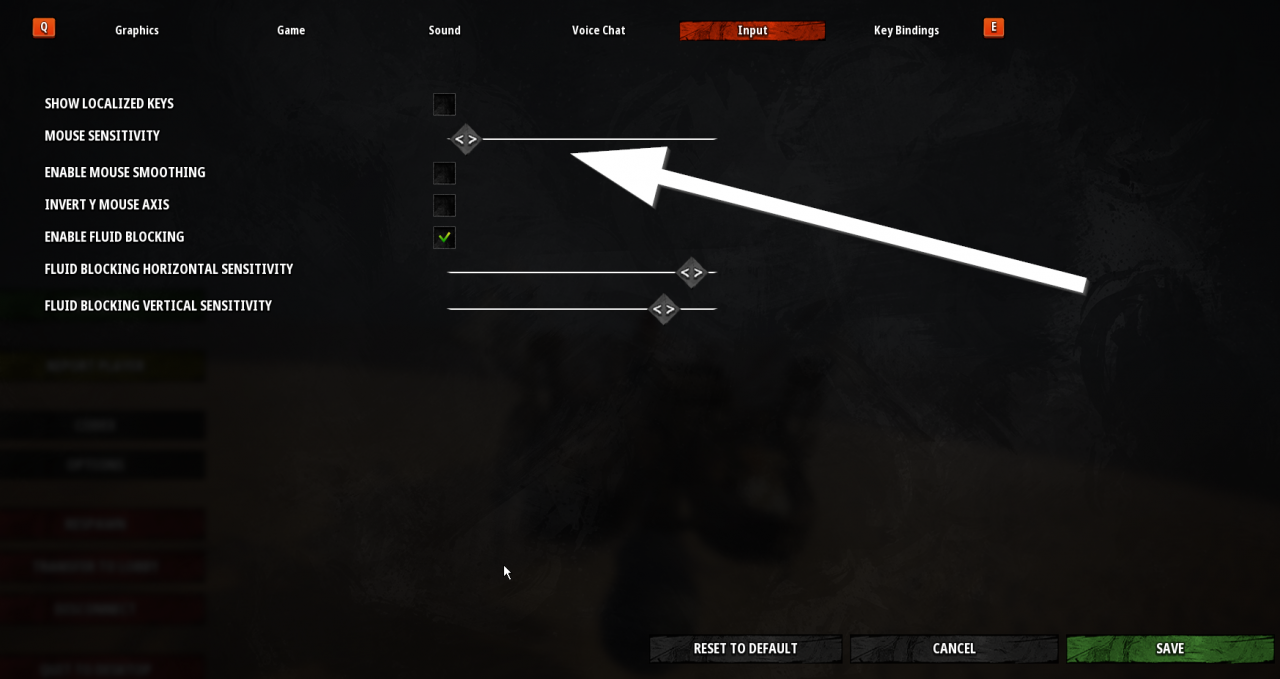 Melee combat is almost ‘turn based’ in Last Oasis.

This means the basic rythm of combat is attack – block – attack – block etc. That should be your starting point. If you only try to spam attack opponents down you will be murdered very quickly in this game.

If you get hit, you have to block, hopefully succesfully this time. This also means if you get an hit on your opponents, keep hitting him until he blocks you.

You will have to block again after blocking a heavy attack. This also means you can heavy attack opponents (hold down left click until weapon shines white) to stagger them and hit them again. If they don’t know this rule they will get hit.

A chamber happens if your opponent times his attack in the same direction as your just at the right moment to counter attack instead of blocking it. They have a very distinctive sound that is impossible to miss. Don’t focus on performing it if you are begginer, just know they exists and block them. Rupus do this to you once in a while, so it shouldn’t be too alien to you.

This guide is ment to be a new player friendly thus doesn’t cover everything about melee. In this section I will however contain some more intermediate tips to elevate your melee skill and set you up on a path to becoming even better.

READ:  Last Oasis: How to Unlock Your FPS

Speed bonus exists and is a large part of damage calculation in the game. The more inertia you have behind an attack the more damage you do. Try to maximize your damage by moving into your attack, and minimize the damage you take by moving away from attacks.

You can feint my canceling your attack by right clicking (still holding down left click) and releasing in another direction. This can bait opponents to block in the wrong direction and net you a nice hit. Don’t do it too often, as if you get predictable good opponents will hit you instead of trying to block as they know you are faking a lot. They can land a hit if your attack takes too long to perform. This is also called ‘gambling’ (when they hit you while you feinting) but there isn’t much gamble about it. If your opponent is faking a lot and you can predict him, do it and hit him in the face.

I see many players trying to be confusing by blocking in different directions a lot. The only one they confuse is themselves and its usually a free kill against these players. Don’t do this. If you want to threaten and confuse opponents use attacks and feints, not blocks.

If you hold down heavy attack you get a speed penalty. A better way to be threatening while still being mobile is continously canceling attack and redoing them while advancing, and releasing when you are in range.

With the removal of grapple stun (other people grappling no longer stops your sprint) mobility finally become a very important stat. You can run away from slower people if the fight doesn’t go in your favour and you can also chase down slower opponents.

READ:  Last Oasis: How to Unlock Your FPS

The old build of 30 Health (190 hp) 10 Damage with no focus on mobility can still be used if you want to be as tanky as possible. You will however struggle to chase people or run away.

So I suggest a different build now. 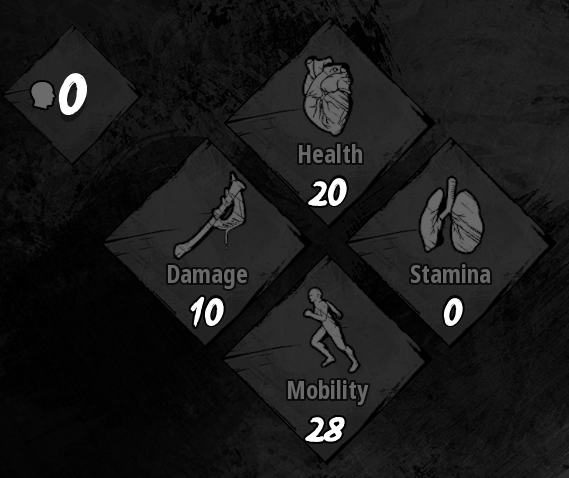 Stamina remains to be a fairly useless stat. This is because your stamina regen remains the same flat value. All you get from stamina is a bigger stamina tank, which is not that worth it and gets overshadowed by other stats.
This is just a suggestion, you do you, but having at least 160 HP is important so you don’t get 1-2shot, 10 damage is one of the most efficient points spent as it gives 20% dmg (then next 10 point in damage only gives 10% etc..) and having high mobility will be important to run away and chase people now that grapple doesn’t stop you anymore.

As of currently these are the best performing weapons in the game you should probably train with and use are: 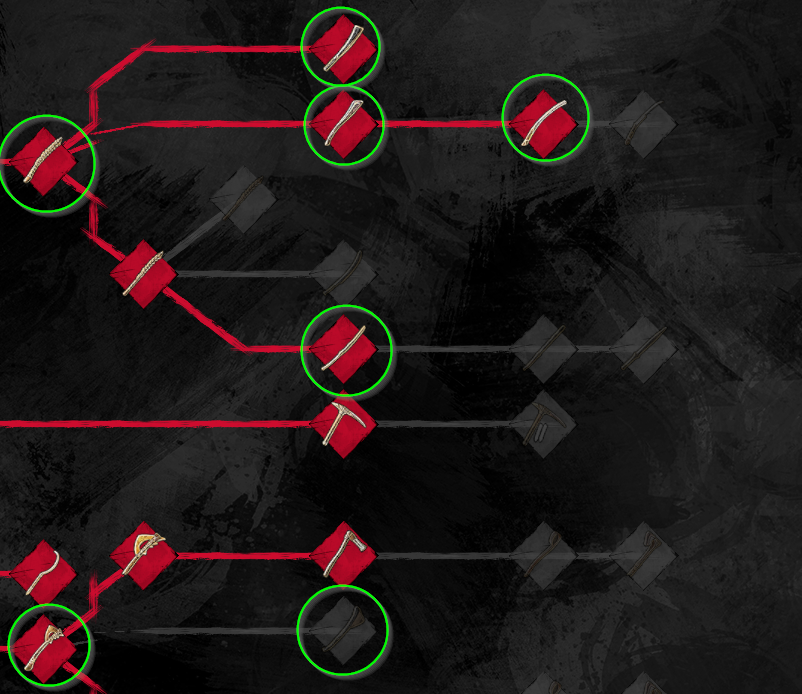 Other than these all end tier niberian ingot weapons are amazing in their own rights(especially Niberian Dagger, Decapitator, Handaxe and BladeStaff), although they are incredibly expensive to obtain and craft. 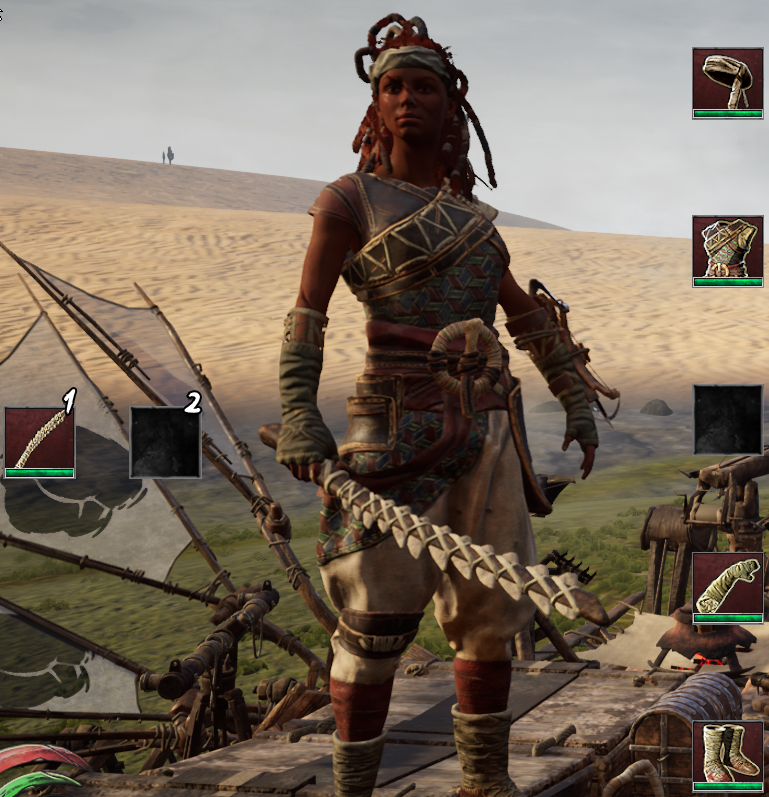 General consensus for now is using heavy armor pieces such as

But this might change soon since grapple no longer stuns you and mobility became important. You might be able to run away from bad situations now if you wear lighter armor such as Tripple stick or Redwood now. Keep an open mind and experiment. However Baskwood with Foresters will give you the best protection for the cheapest craft prices. You will be slower to run however.

Hopefully this little guide will help you enjoy the game more as melee can be confusing and fustrating to new players. Once you know and use these basic tips you will improve a lot with some practice.

You can safely duel anyone at Trade Stations now. It quite fun and you can learn a lot. I highly recommend to use this feature as it heals you up and you can train much more efficienty compared to waiting for bandages etc.

Keep your chins up, and don’t feel disheartened if someone still smacks you. Melee is complex in this game and people spent hundreds of hours practicing it.

A little practice a day following these guidelines posted in this guide will go a long way and before you notice it you will beat much more many opponents than you did before.

That’s all we are sharing today in Last Oasis Melee Combat Guide for Beginners, if there are anything you want to add please feel free to leave a comment below and we’ll see you soon.
Credit to Tom