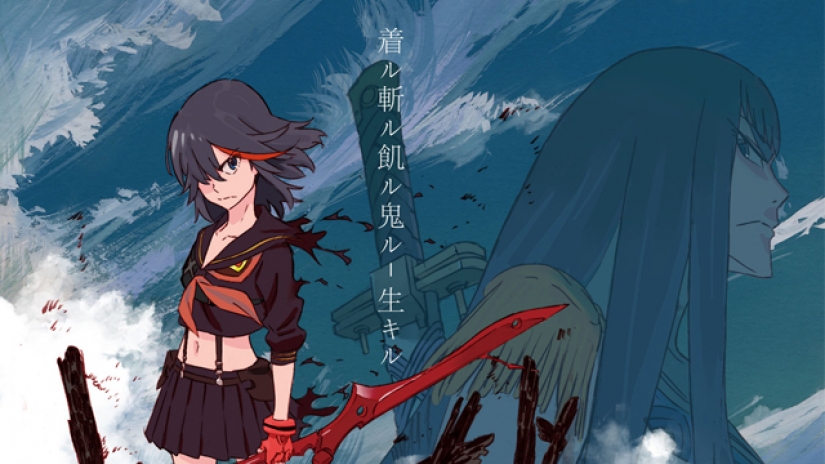 For KILL la KILL -IF players who are collecting achievements, this is a guide to help you get all the achievements in game, let’s get started now.

A lot of the achievements are pretty self explanatory so I won’t describe every single one in detail.
Also, for clarity’s sake, I’m using the Xbox controller layout and will refer to it whenever talking about specific attacks.

Statement Of Intent
Clear the tutorial, the first mission of the story mode. You can also get the achievement “Here I Come!” here by defeating the tutorial opponent.

Change of Clothes, Change of Heart
Clear the Satsuki Chapter.

Lost in a Dream
Clear the Ryuko Chapter

One Nation Under Cloth
Get an S rank on all Story Mode battles. On your first run, try to get S ranks but don’t make it your focus. Some of the fights are quite hard, with S rank requirements being a bit harsh. You should get back to this achievement when you get a good feel for the game.

Declaration of War
Play 50 Versus matches.

By Unanimous Decision
Fight on every versus mode stage.

Call Me When You Have FOUR Stars
Defeat a “3-star” COM enemy with 10 characters. This achievement should be done alongside the “Here’s my Sunday Best” achievement to save time.

Cover THIS!
Defeat 1000 COVERS. You’ll get this one while doing other achievements.

Thread All Over the Place
Defeat 5000 COVERS. This one you’ll have to grind for, preferably during your “1000 Kills a Day” attempt.

Giving Up’s Not in My Blood
Clear 1 Minute Brawl with 5 characters. You should do this one first out of the 1 Minute Brawl achievements as it requires you to have 5 different characters registered on the high scores. Defeat one COVER and run the clock out.

Fibers of Fury
Defeat 150 enemies in 1 Minute Brawl. To get this one you should pick Mako Mankanshoku. She’s super fast so you can efficiently pick up the time extentions and has really quick, high damage attacks while on max Tension level. Basically get the Tension level to max using B attacks, after that just run into enemies and hit them with the B attack, it oneshots the small COVERS and is super quick so they won’t hit you. Make sure to pick up any time extentions you see to get enough time to finish the achievement.

100 Seconds, 100 Victories
Clear 100-Man Brawl within 100 seconds. For this one you should pick Ragyo Kiryuin. Her B attack oneshots the small COVERS and can be angled to sweep groups of them easily. All you have to do is watch the positioning and angle the B attack to get all COVERS as soon as possible.

Fearless
Defeat 500 COVERS in Endless Brawl. Get this one while going for the “1000 Kills a Day” achievement.

1000 Kills a Day
Defeat 1000 COVERS in Endless Brawl. Use Jakuzure Nonon and spam her B attack, whenever your meter allows you to use your special, use the B special for a stage wipe. This one is quite long and annoying but not that hard overall. If you don’t have “Thread All Over the Place” and “Stay Hungry”, try to get them while attempting this achievement.

A Stitch in Time Beats Ten
Win 10 consecutive Survival Challenge battles. Get this one while going for the “Not a Stitch Out of Place” achievement.

A Clear-Cut Mind
Win 30 consecutive Survival Challenge battles. Get this one while going for the “Not a Stitch Out of Place” achievement.

Not a Stitch Out of Place
Win 50 consecutive Survival Challenge battles. Your health regenerates between battles but only by marginal amounts (1-10%) so try not to get hit too much. To get this one easily, pick Mako Mankanshoku. Her Tension level stays between fights, the Valor level however falls by one every 7 fights. Make sure to always have your Valor and Tension at max to deal the most damage.

Using Mako makes this achievement trivial as her damage output at max level gives you the ability to defeat every oponent using at most 3 X combos.She also has an easy Sen-I-Soshitsu combo to defeat the Boss version of Ragyo. To execute it, use the ->+X combo, while Mako attacks with an array of punches, use the Sen-I-Soshitsu.

Be Your Own Couturier
Create a figure diorama. Just open the diorama and plop any figure in, you should get this after saving the diorama with a figure in it.

Clothed in Triumph
Do a 20-hit combo in tutorial. You can just choose Ryuko and use her B special.

Win 3 Bloody Valor sequences in a row. You should get it by accident while playing, if not, here’s the method I used (which somewhat consistently works against 3-star AI):

For All to See
Unlock 15 digital figures. You get figures for playing as characters so you should get this one at some point while doing other achievements.

Tailor-Made
Earn 100,000 GP. Quite grindy, but it should pop while doing other achievements.

Here’s My Sunday Best
Defeat an opponent with all Sen-I-Soshitsu attacks. Get your Valor level to 3 (for help with Bloody Valor, refer to the “Expect Nothing Less” achievement) and hit the full meter special (lb+rb) with every character. That includes the dual wielding versions of Satsuki and Ryuko as well as the final story battle exclusive Senketsu Kisaragi Ryuko and Junketsu Shinzui Satsuki.

Congrats on getting all the achievements!

That’s all we are sharing today in KILL la KILL -IF 100% Achievement Guide, if you have anything to add, please feel free to leave a comment below, you can also read the original article here, all the credits goes to the original author kriki