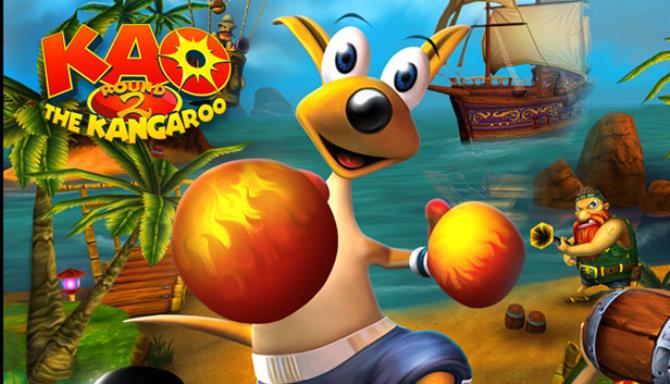 A quick guide to get all the steam achievements

This one is really easy. You don’t even have to bother with collecting the coins, because later in the game you will get about 2000 ducats just for completing 2 levels, so you will eventually get this achievement by just playing the game (although i am convinced you”ll get it much, much earlier, since most of the coins are not even hidden, and it would be actually more difficult to avoid them.

Still need more to pay that rotten Bossman off

To get this achievement you have to collect 1000 ducats.

Just as the previous one; you will eventyally get it no matter what, by just playing the game; boat race will reward you 1000 coins, so it’s impossible to miss this one.

To get this achievement you have to collect 3000 ducats.

This time i believe you’ll have to collect a thousand of coins throughout all the levels – which is really, really simple to be honest. It is required to progress through the game after defeating The Pirate.

To get this achievement you have to collect all ducats, stars and crystals on any level.

I suggest to get it on the very first level – it’s quite short, and none of the coins/stars/crystals are particulary well hidden.
Just remember to kill every enemy (INCLUDING THE PLANT NEAR THE WATERMILL), and smash every chest/vase, because some coins are hidden inside.

To get this achievement you have to collect all ducats, stars and crystals on every level.

Ok, this sounds quite harder than it actually is. Of course, some of the treasures are hidden, some require you to be really fast to get them and actually end the level successfully, due to time-limiting, but the thing is – you don’t have to get them neither in one live nor one attempt to the level!
It is quite grindy, but you can just play through the game, and then repeat it; all treasures that you’ve menaged to get will be gone, which will make your hunt for this achievement much easier.

To get this achievement you have to defeat Shaman without taking damage.
READ:  Kao the Kangaroo: Round 2 - Achievements Guide

The fight has 4 repeated stages; if you won’t screw up, you need to repeat all of them 3 times in total.

Stage 1:
Shaman will cast lightning at you. The hit location will be marked my small white point on the level, but if you dodge too fast, it will disappear, and apear somewhere else, so quick reflexes are not that usefull: what you can do, is to cheese through that:
All you have to do is to literally run in a small circle: AI will miss all of the thunders. Granted, it will be a little bit longer, because some of the points will be redirected, but it’s lowest rist method, and you will lose maybe a minute (at worst).

Stage 2:
It will come rapidly after one of the thunders; the Shaman will smash his staff to the ground 3 times, each time producing a purple wave – easily dodge’able by jumping. When he does that, make your double-jump to the nearest green sphere on the ground, and when you’re above it – smash rolling button to push it down.

Stage 3:
The Shaman will hide under the level, and the mirrors will become vulnerable. Hold aiming button and shoot them. It is enough to just stand in one place and spam throw button – 1 of every 2 bumerangs will hit then, and you will successfully complete that stage; if you want to save up on ammunition, hold the aiming button and spam throw button while going right.
if you cannot destroy all the mirrors in time, you will skip stage 4, and go again to stage 1, but destroyed mirrors won’t appear again, so it will be much easier to get them next time.

Stage 4:
The Shaman will become vulnerable without his barrier until you deal enough damage with bumerangs. Be carefull though, he can still shoot lightnings, just like in stage 1 – you can stop him from doing that with stunlocking him.

To get this achievement you have to defeat the Pirate without taking damage.

Easy way to get this achievement is to collect 200 stars to get the upgrade that allows you to roll forever. When you get it, it’s easiest achievement in the game imho, since you cannot take damage from literally anything except falling into water in this fight. If you don’t want to wait for the stars though:

This fight has 3 different stages, and you cannot take damage at all from any source during this level.

Stage 1 – the ship will fire bombs and 3 bossmans at you. All you have to do is to kill all 3 of them, while not taking damage. I recommend either rolling into them, or making a jump attack on them.

Stage 2 – the ship will fire bombs at you, and send 3 birds to attack you. They behave just like wasps you meet back in level one. i recommend to just go towards them, and when they begin to aim, go just a few steps further, then turn and wait for them to smash to the ground, then either hit them or roll into them.

Stage 3 – The Pirate will descend from his ship and try to hit you with his sword. All you have to do is to hit him once, and he will start spinning with his sword – best way to do that is to roll into him, and then escape. To stop him from rolling, lure him into one of 3 points with cracked surface; he will break the floor and fall into the water – you have to knock him down; either punch him, or make a jump attack near him – be carefull not to fall down yourself though.

To get this achievement you have to defeat Hunter without taking any damage.

There are 4 stages of this battle:

Stage 1: You’ll have to dodge his fire, not fall into the holes into his ship

Stage 2: When the ship is sinking, use your roll to become immune to bombs, there’s not much to it. Infinite roll upgrade for collecting 200 stars definetely helps.

Stage 3: Hide in the hole with bumerangs. Hunter cannot hit you there, but you can use jump throw to hit him.

Stage 4: When he runs, stay behind cover. Use your roll to get around.

It’s quite harder than the fight with The Shaman or The Pirate, but you’ll eventually get it.

To get this achievement you have to beat the speedboat race stage in 3 minutes or less.

It’s easy if you remember to:

If you do this, you can bump about 3-5 times and you should be able to make it.