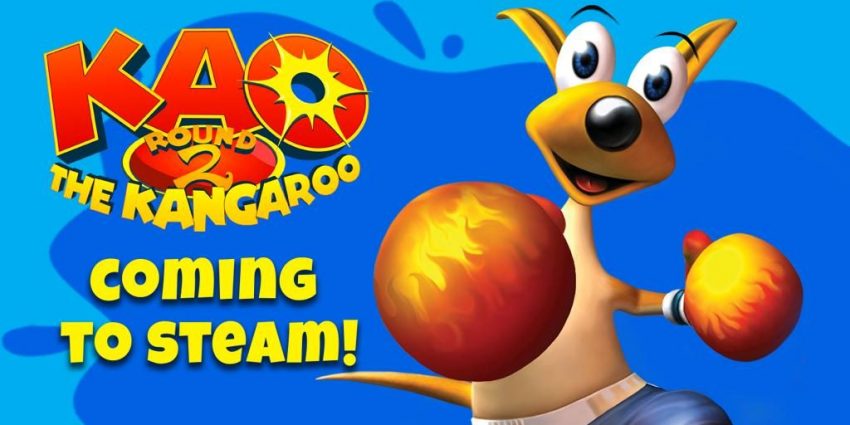 A guide made to help people get every achievement in Kao the Kangaroo: Round 2 on Steam!

I made this guide to help people like myself, that love to collect every single achievement in their Steam games! I hope I help some people out with the strategies I’ve included in here. Anyways there’s not much to type in here, so let’s begin the guide, shall we.

“Got any money?” achievement.

To get this achievement you have to collect 500 ducats.

Just play the game and you’ll get it eventually!

“Still need more to pay that rotten Bossman off…” achievement.

To get this achievement you have to collect 1000 ducats.

Same as the above, just play the game and you’ll get it eventually!

To get this achievement you have to collect 3000 ducats.

Same as the above, just play the game and you’ll get it eventually!

To get this achievement you have to collect all ducats, stars and crystals on any level.

I think the easiest level to get this achievement on is the one with snowboard.

To get this achievement you have to collect all ducats, stars and crystals on every level.

This one’s gonna take some time.

To get this achievement you have to defeat Shaman without taking any damage.

In the very first stage of the battle Shaman throws lightning bolts at you.
All you have to do is run in a circle in one spot to avoid any damage.

In the second stage of the battle Shaman sends waves of “something”. Simply jump over them.
Next you have to do a pound (jump and press roll in mid-air) on a highlighted parts of the arena.

To get this achievement you have to defeat Pirate without taking any damage.

This may be the easiest to complete boss battle without taking any damage. Seriously.
All you need is an Infinite Roll (200 Stars) and if you have it, well, you’re pretty much
invincible. Just roll everyone over until they die. You can’t get hit by anything if you’re
rolling in this battle, somehow. Just keep on rollin’.

When the Pirate comes down to beat you up just let him get into one of the holes in the ground.
They shoot out water so you’ll definitely know where they are. After he’s stuck in the hole just
pound on him (jump + roll). Do it a few times and the achievement is yours!

To get this achievement you have to defeat Hunter without taking any damage.

This one is definitely going to take you a few tries.
You need to beat the boss at least once so you know all the patters.

There are 3 stages of this battle.

The 1st stage takes place on the ship. Throw the boomerangs at him and dodge
fire and try not to drop into holes.

2nd stage takes place when the ship is sinking. You’re going to dodge bombs while
the platforms sink under your feet. The best strategy for this one is roll on most
of the platforms. Rolling makes you invulnerable to bombs, so that’s pretty cool.

3rd and final stage takes place at the docks. Hunter hides behind boxes and barrels
and you have to take him out with boomerangs. Simple as that. When this stage starts out
you can hide in the hole with the boomerang pickup. He can’t hit you there, but you can hit
him with jump throw. When he runs further away just chase him. But don’t get into open space
without any cover. You’ll most likely get hit or run out of boomerangs. Try to hide behind
the stashes of boxes. To get boomerangs use rolling. I think he can’t hit you when you’re rolling,
but I can be wrong.

To get this achievement you have to beat the speedboat race stage in 3 minutes or less.

Pretty easy to get after you get to know the map better. Simply use the boost you gain
from collecting purple orbs (aim button). And use all the shortcuts you can.
You gotta remember though that two shortcuts get activated by going through rings.

Thank you for reading the whole guide and I hope I’ve helped you just a little. The achievements in this game are not the hardest in the world, so this guide may be completely unnecessary in eyes of some of you. I definitely understand that, but if there is the smallest of chances that I’ll help someone in the future, I’ll definitely do it! By the way, this guide will contains few mistakes, if you can point out these mistakes. I will thanks in advance.
Written by QwertUez