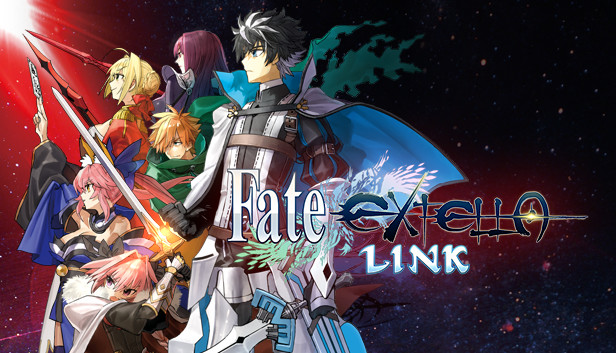 Why use Medusa on “Duel!” specifically?

Q: Why the “Duel!” Extra stage?
A: Extremely short mission available in early game. It’s a single sector, no time wasted jumping in between sectors and hunting down Aggressors. There’s also a lot of space to run around to kill mob enemies without doing too much collateral damage to Scathach and ending the stage early. Being an Extra stage also means you can get bonus install skills from coincidentally completing Challenge Missions.Q: Why use Medusa?
A: 1) She’s hot. 2) Low cooldowns for using Rush attack and very fast light attacks, which can become even faster with Code Cast and Monstrous Strength, perfect for #-combo sidemissions, mowing forward through enemies without getting caught by Scathach’s attacks, and recovering moon drive gauge.

Upon playing Medusa a bit more, I realized that Light>Light>Heavy is probably the best way to mow through enemies instead of spamming light attacks. A bit tricky with the timing if you have attack speed buff from both Code Cast and Monstrous Strength, though. Try to get used to it.

But really, you don’t HAVE TO use Medusa

You can use any of the servants once you’re overleveled enough for this stage (or if you’re simply good with your character). This is just for people who have unlocked a bunch of characters early in the game and wants to fully unlock all Install slots as fast as possible (all Install slots for a character open up at Bond Lv.10). The point is, you can finish this stage in less than 3-5 minutes depending on your side missions, compared to multi-sector missions that takes about 10-20 minutes.

Step 1:
Unlock “Medusa” as playable character through Story Mode.Step 2:
Unlock the Extra Stage “Duel!” (I believe you can unlock it by beating Day 5-Stage 12 “Duel!”).
READ:  Fate/EXTELLA LINK: Tips and Tricks for Multiplayer

Step 3:
Build your Medusa.
I’d suggest Leveling up to the Recommended level (Lv.28) You can quickly do so by playing the Extra stages prior to this one. That’s what they’re made for in the first place.

For active skills, I use:

For Install skills, it’s tempting to stack as much H.Spirit Slayer skills as possible, but try to mix in Mana Recovery, Reduced Earth, and Independent Action in there to help you complete the side missions more efficiently (especially the ones that require “Defeat 100 enemies with a Drive Skill” or “Defeat 200 enemies in Moon Drive mode”).

Here’s what I had equipped in the video:

* IP-Rider might be redundant. Try using IP-Saber/Assassin for Chain Strikes, IP-Ruler for Blood Fort Andromeda, IP-Caster for Gorgon Locks. Putting class properties into these skills turns them into Rush Attack triggers, so you don’t have to rely solely on Bellerophon to trigger a Rush Attack.

Step 4:
Bring an offense-oriented Mystic Code, preferrably ones that give Attack Speed, Offense Up, and/or instant Moon Drive. I use either the “Gale Sword of War” or “Ring of Inspiration”. They’re easy to get.

All Side Missions for this Extra Stage

Get a 200-combo
This comes naturally. Easy.Use 4 Code Casts
Pretty straight forward. Using Code Casts to speed up your clear time is really helpful, so you have no reason to somehow fail this one.
READ:  Fate/EXTELLA LINK: Tips and Tricks for Multiplayer

Get 150-hit combo within 180 seconds
Once you’ve skipped the intro, just start swinging at mobs right away. Three minutes is a long time. Try not to hit Scathach too much. Hard to fail this one.

Defeat 400 enemies within 180 seconds
Same as above.

Have over 50%HP, and defeat 600 enemies
Just avoid damage by simply dashing or spamming light attacks while moving. Try your best not to get hit. Hard to fail this one.

Defeat 100 enemies with a Drive Skill
Medusa’s Drive Skill is an AoE that is centered around her. Activate Moon Drive once it’s ready, get in the middle of a sizeable mob, then unleash your Drive Skill. If you don’t successfully hit 100 enemies on first try, there are 2 Blue-colored containers that can drop items to fill your Moon Drive gauge bar. If that doesn’t fill you up, spam light attacks while moving. That’s what we’re taking Mana Recovery for. If you’re using Ring of Inspiration, this shouldn’t be a problem at all.

As you can see, there are no quests related to taking multiple sectors or hitting multiple agressors at once. Most of these side missions are very easy and hard to miss, just chech your menu every now and then.