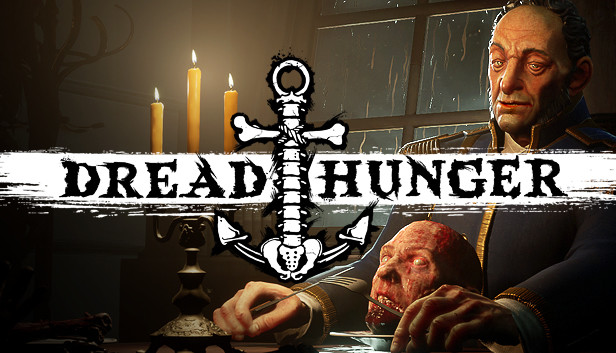 For Dread Hunger players, this guide is about how to play as the Thrall, including how to use spells and totems, the best ways to sabotage the crew, and the best classes for Thralls.

Being selected as the Thrall in Dread Hunger can be daunting, especially if it’s your first game. While the odds might not seem stacked in your favor, winning Dread Hunger as a Thrall could be much easier than you thought.

If you’re wondering how to play as the Thrall, our Dread Hunger Thrall guide should set you on the right path to winning some games and becoming a master of deceit.

Dread Hunger isn’t the game for you if you don’t like jumping on your mic and engaging with others. In fact, if you don’t speak, people will most likely suspect you as the Thrall from the start. Communication is key in Dread Hunger.

As well as being able to talk to other Thralls and crew, having your mic on can instill a level of trust right from the start, allowing people to get used to your voice.

Being able to speak over comms also enables you to accuse others of being the Thrall; tell the crew that someone poisoned you, tried to punch you, or took coal out of the boiler.

Dread Hunger is all about teamwork, so if you’re the Thrall and you’re seen as not contributing, people will likely suspect you. If you’re the cook, make food for people and don’t poison it, however tempting it might be.
READ:  Dread Hunger Distinguish Crewmate Role by Uniform

You scratch my back and I’ll scratch yours, as the saying goes. You can easily lessen suspicion if you work with the crew, or at least look like you are.

When I first played Dread Hunger as the Thrall, I had no idea how totems worked. When you first build a totem, you’ll notice your spell bar filling up; when the magic gauge reaches a new tier, you’ll unlock a new level of spell.

Building a totem as a Thrall will not only fill your gauge up, it fills the other Thrall’s spell gauges too. Ensure you build totems when no one else is around and keep up comms so no one suspects you.

Press Q to reveal the option to craft, requiring two bones and three wood. Totems not only buff your existing spells as your gauge fills up, but they also give access to higher tiers of spells. You can identify your power tier by the number of spikes coming off the wheel in the bottom right-hand corner of your screen.

Sabotaging the mission is the way to win as a Thrall in Dread Hunger. There are plenty of ways you can sabotage the ship and its crewmates.

Which is The Best Class for the Thrall?

This part is really up to you, depending on your playstyle. However, there are some characters that benefit from being the Thrall, especially if you’re going for a high-profile playstyle.

How to Use Bone Charms and Spells

Being a Thrall in Dread Hunger means you come equipped with a Bone Charm. While it might be tempting to use this as a weapon, it does the same amount of damage as a player with bare fists.
READ:  Dread Hunger Distinguish Crewmate Role by Uniform

There are three spells you can cast in Dread Hunger:

That’s all we are sharing today in Dread Hunger Thrall Guide, if you have anything to add, please feel free to leave a comment below, you can also read the original article here, all the credits goes to the original author cupcaeke