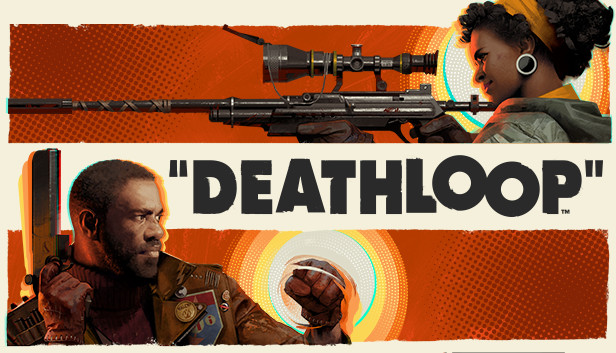 This is a DEATHLOOP achievement guide, if you are hunting for complete achievement of the game, this guide will show you how.

Most achievements will be listed separately but others may be grouped together.
You can use ‘Ctrl + F’ to search for a specific achievement.

This guide is still Work in Progress

-Oops:
“While playing as Colt, cause someone to fall to their death.”

Use ‘V’ to kick an enemy off a ledge and too their death. There is an enemy on a ledge in the opening section (‘The Longest Day’) when you first get the machete. I’m sure there are plenty of enemies near ledges you can earn this achievement from.

-Chop Chop:
“Kill 3 enemies with the machete in 10 seconds.”

The machete must is always equipped. Earning 3 kills within 10 seconds will get you the achievement, both stealth takedowns and melee kills count.

-Forever Yours:
“Infuse a Slab.”

After obtaining a Slab other than Reprise, use Residuum to infuse it in your loadout.

This is a reference to Ray Bradbury’s ‘Fahrenheit 451’ and many other games series share this Easter egg.

-Dead Drop:
“Absorb Residuum from a body – like some kind of temporal sponge.”

You will likely unlock this upon killing your first Visionary (other than Wenjie). Collecting Residuum from your own body also counts.

Nowhere To Run To

-Nowhere To Run To:
“Take out an invading Julianna while playing as Colt.”

Julianna will invade Colt during the first mission (when returning to Updaam at night). This will be an AI Julianna and not a player making it very easy to kill for the achievement. This can be earned offline or online.

These can be earned with a friend who owns the game.

-Nowhere To Hide:
“While playing as Julianna, cross Colt off your kill list.”

Play the ‘Protect the Loop’ mode and kill Colt (the other player) until they run out of lives. This can be earned with a friend.

-Dressing Down:
“As Julianna, disguise yourself as Colt using Masquerade.”

Play the ‘Protect the Loop’ mode and use Julianna’s special Slab called ‘Disguise’ on the other player (Colt). This will unlock the achievement. Can be earned with a friend.

Unlocked after the first section of the story.

-All the Live-Long Day:
“Survive all 4 time periods in one day.”

Earned for surviving your first loop and reawakening on the beach.

-Pieces of Eight:
“While playing as Colt, kill Frank. Or Charlie. Or Fia. Or Wenjie. Or Aleksis. Or Harriet. Egor will do as well.”

Earned for killing your first Visionary.

-Baby, You’re a Firework:
“Complete ‘The Ballad of Ramblin’ Frank.’”

That’s all we are sharing today in DEATHLOOP 100% Achievement Guide, if you have anything to add, please feel free to leave a comment below, you can also read the original article here,  all the credits goes to the original author ThePugHybrid