CRISIS CORE –FINAL FANTASY VII– Reunion of 2022 contains lots of changes to the 2007 original on PSP. This Crisis Core guide documents the notable changes that have been noticed thus far.

This section covers the brand new features added to the game, as well as more general changes. 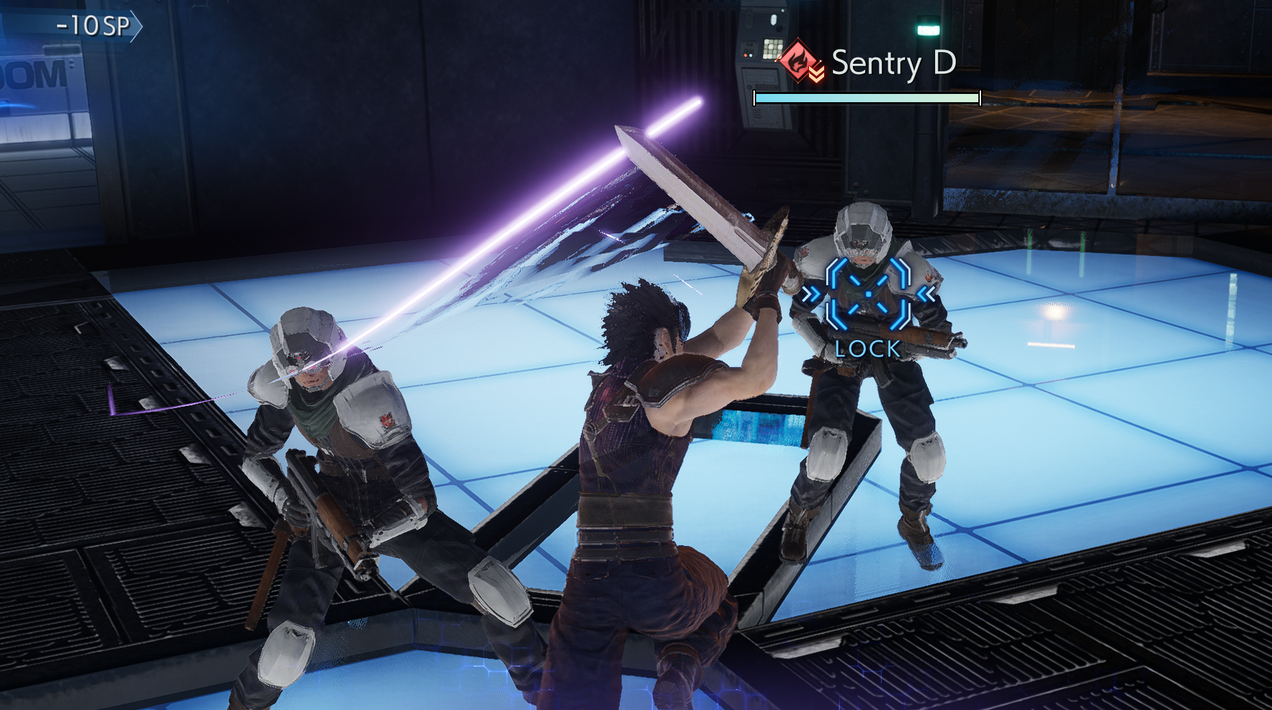 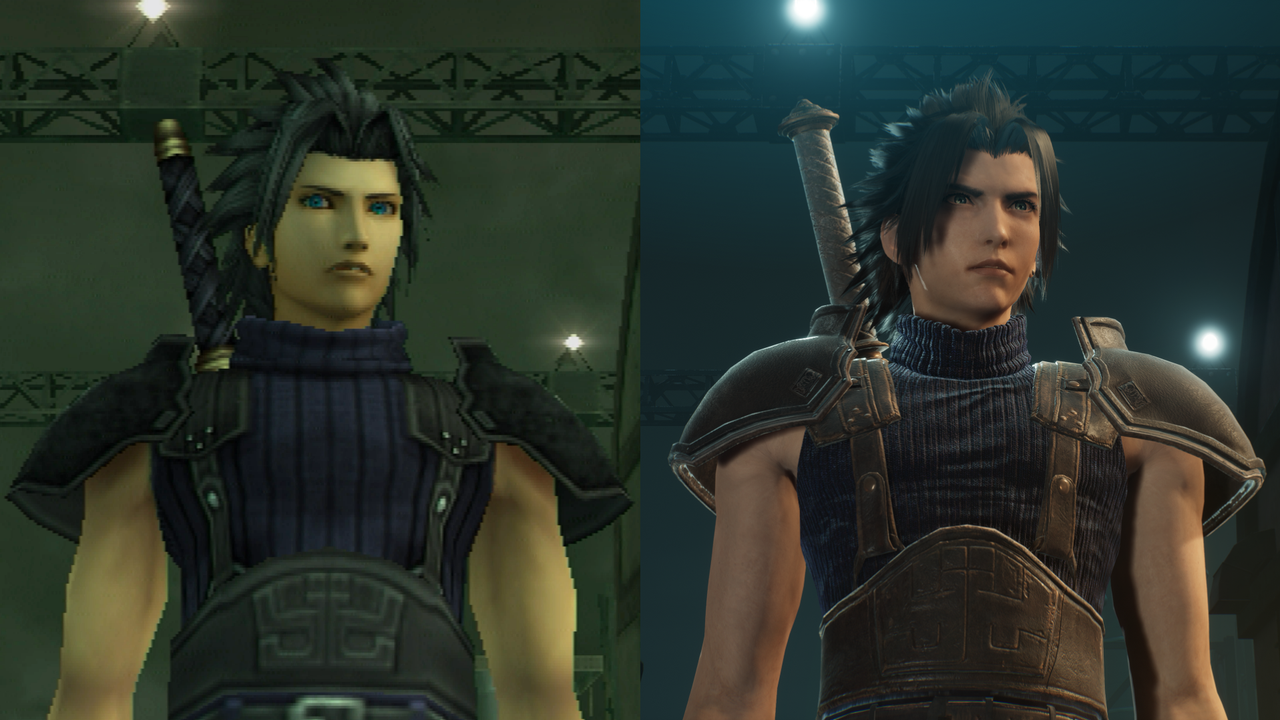 This section covers changes regarding the graphical and audio presentation of Crisis Core, as well as notable story changes.

Thanks to Reunion releasing on platforms with more buttons than the PSP had, we have this section describing the changes made to the controls and camera behavior. 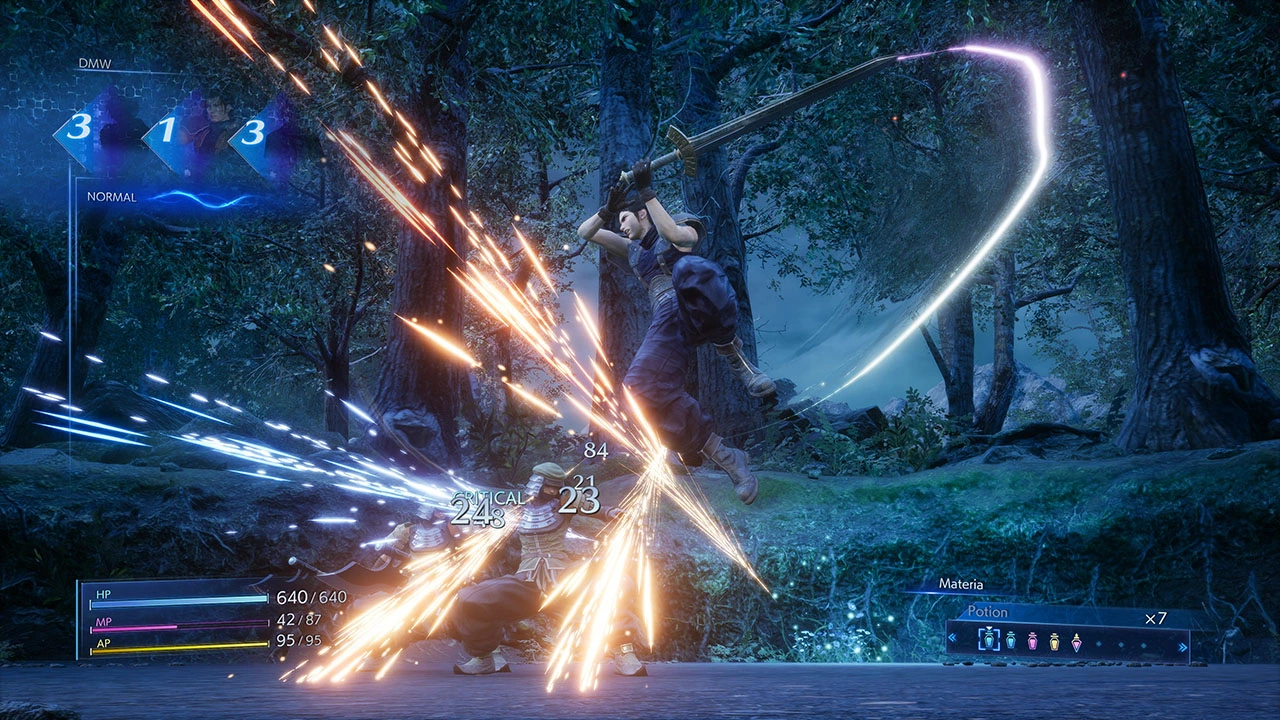 This section covers the changes made to modernize and improve Crisis Core’s combat. 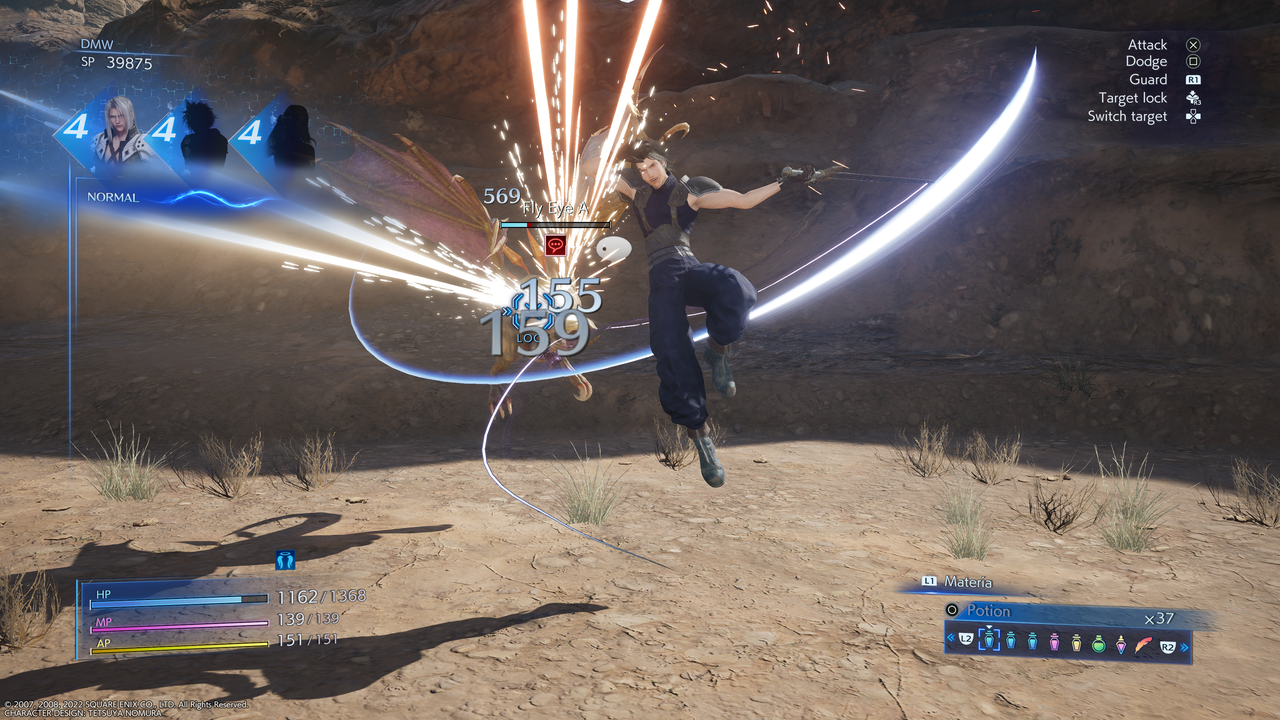 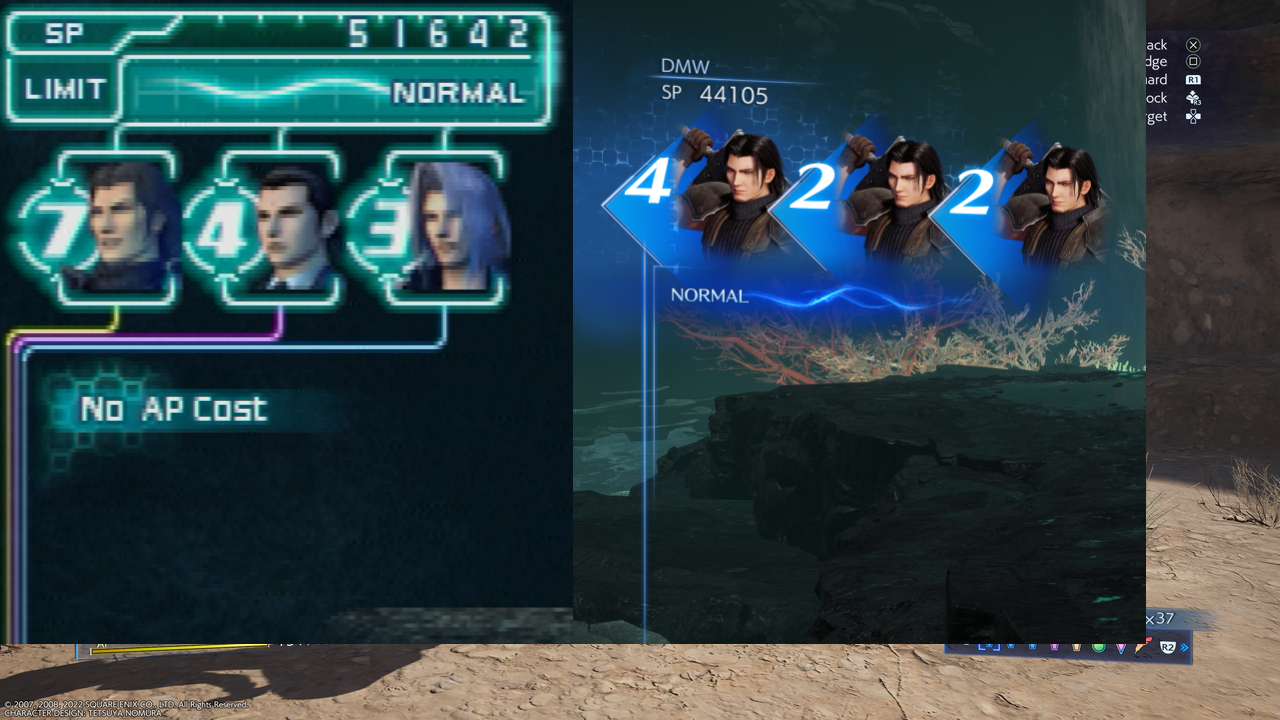 The DMW was a contentious feature in the original Crisis Core, hence there have been several changes made to how it works so that it fits into the gameplay more naturally.

This section covers the changes made to how the game handles saving, as well as the Save Points themselves. 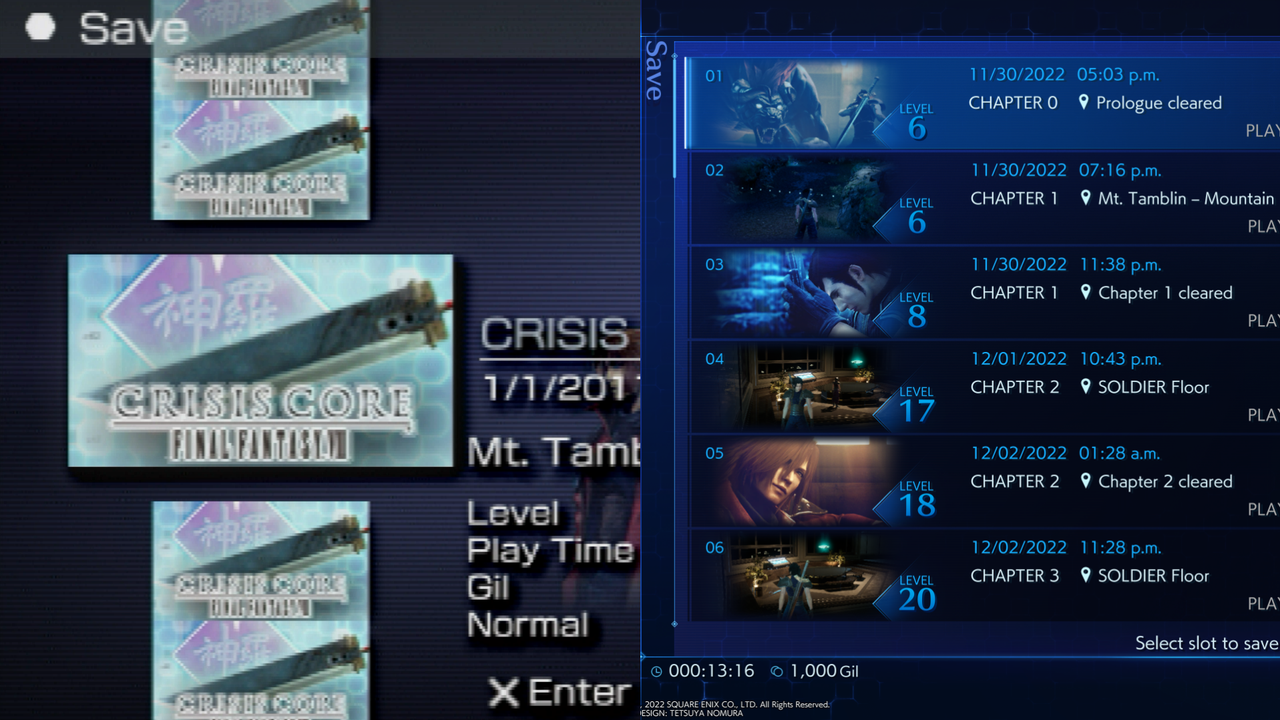 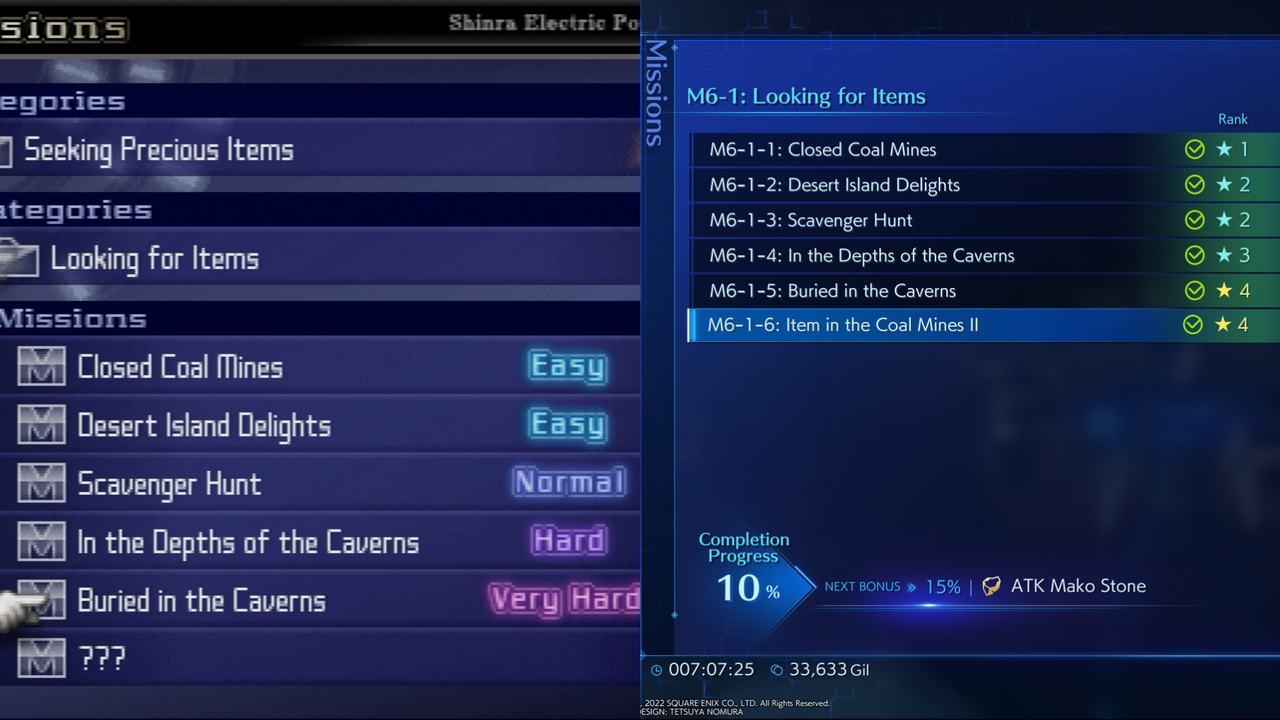 Side Quest Missions, the ones accessible at Save Points, have also had various changes made to them. 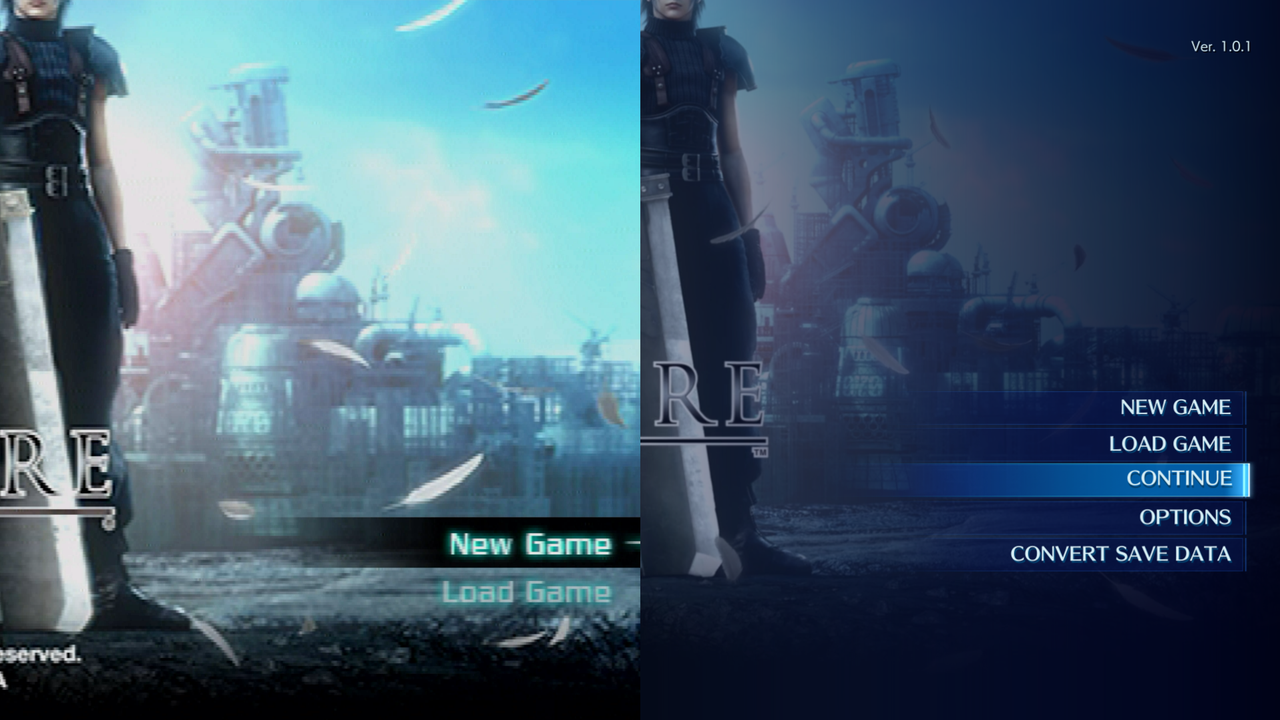 This section lists changes that don’t fit into any of the previous categories, or are considered very minor. 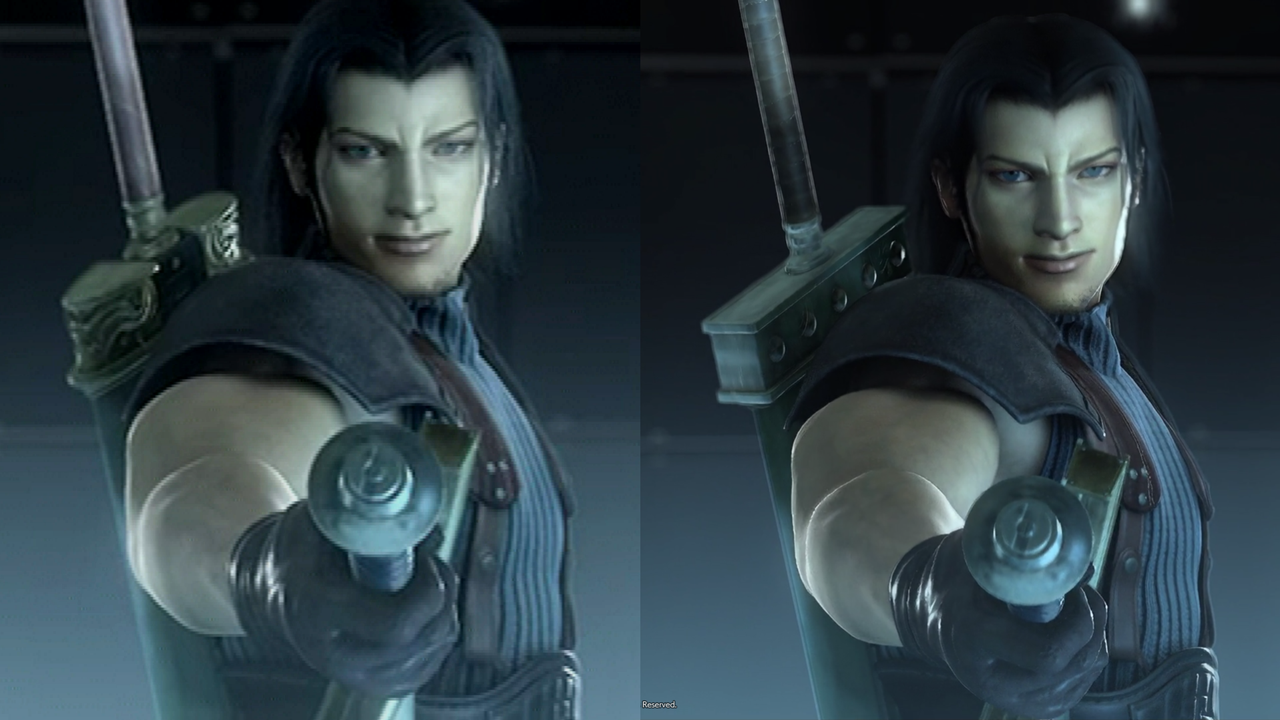 This last section deals with surprising facets of the game that were not changed from the PSP version. 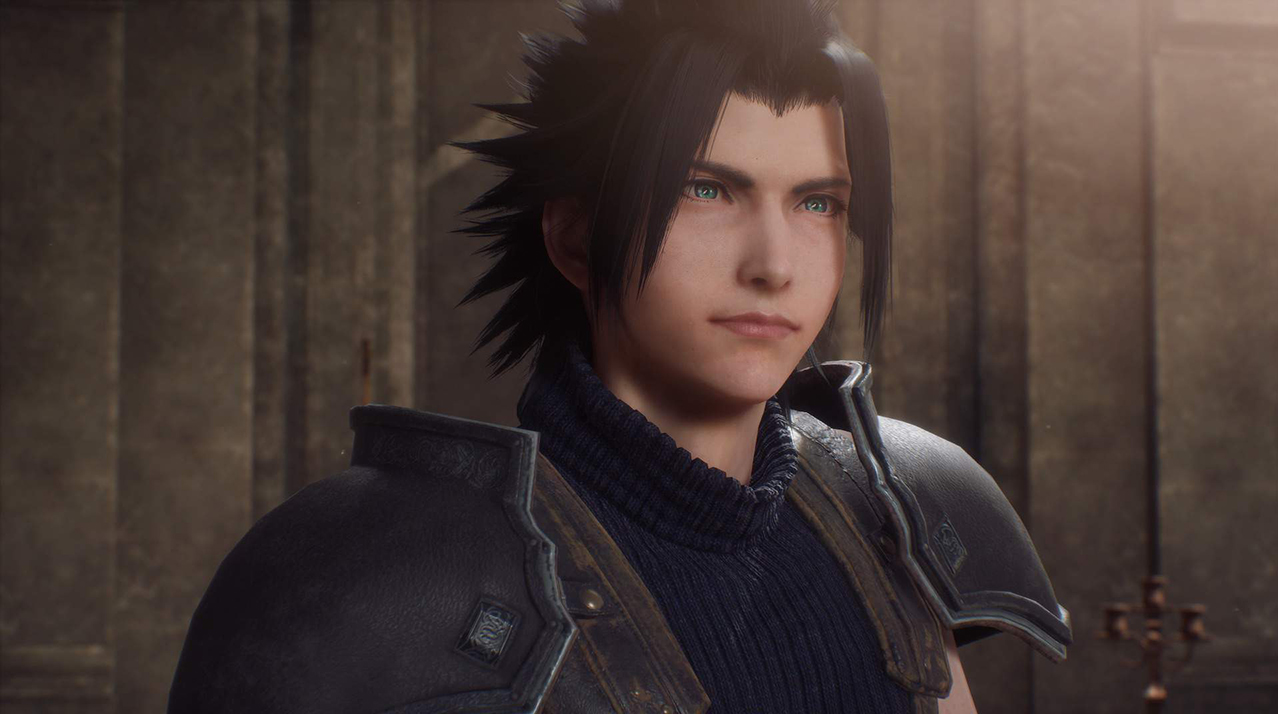 01. Save Often
This is always an obvious statement in terms of RPGs (or many other games, for that matter), but every time you approach a new save point, you should save your game. In fact, every time you progress through the game at all, you should find a way to save. Trust us — this will save you the trouble of having to replay tedious, already-seen areas of the game. Death is around every corner. You don’t want to be caught without a recent save.
READ:  CRISIS CORE –FINAL FANTASY VII– REUNION How to Beat Minerva before Getting the Buster Sword

02. Don’t Avoid Battles
In most RPGs, avoiding battles isn’t that easy, and since encounters are random, the only way out of them is to run. Well you can run from battles in Crisis Core if you want, and while the battles are randomly encountered, they can actually be easily avoided by sticking to the corners and walls of any place you’re traversing. Both methods of avoidance represent bad ideas, however. You will never raise Gil or get the DMW running if you avoid battles, and ultimately the only person you hurt is yourself. You have to fight, and fight often, to stay strong enough to progress through the game. Don’t forget it.

03. Swap Materia
Your materia can level up four times to a maximum level of five, which will make the materia stronger. But by keeping the same materia equipped all the time, you negate the chance other materia would have of getting leveled-up. Some materia is more useful than other materia, there’s no doubt about it. But try to swap in and out as much materia as you can. This will give you a strong, robust collection of materia to ultimately choose from.

04. Proceed with Caution
Generally speaking, as a chapter concludes and another begins, the enemies in the subsequent chapter will be stronger than the previous ones you’ve encountered. Sometime, the strength increase is subtle and mimics your own progress, but other times the strength increase is more pronounced. Because of this fact, don’t run headlong into new areas without healing items, full HP and MP, and a head for the situation. Our walkthrough will get you through the game easily, but just keep in mind that as you progress, things tend to get a lot harder.

05. Talk to Everyone
If it comes as any surprise to you that Crisis Core is an extremely story-driven game, then perhaps you’re playing the wrong title. The way the story progresses and plays itself out is varied, but one way is through the numerous NPCs you’ll meet throughout the game. Be sure to talk to them all every single time you encounter them, keeping in mind that what they have to say may change from encounter to encounter.

06. Conserve Your MP
MP is extremely important, not only because it allows you to cast powerful black magic, but because it allows you to save yourself time and time again with ultra-useful white magic. Always leave yourself ample MP to cast healing magic on yourself. If you’re poisoned, use Esuna. If you’re in need of HP healing, the Cure line of spells will be your best friend. Stuff like that. Remember — Firaga is a powerful attack spell, but it’s useless if you run out of HP because you didn’t have the MP to cast Curaga on yourself.

07. Accessories Are Awesome
Just think “Triple-A” when you think of accessories, because accessories are indeed awesome. These goods, of which you can equip more than one at a time, will raise your stats, make you stronger, and help you in a variety of ways. Never, ever underestimate their usefulness, and whenever you get new accessories, check their abilities out. If they’re better than what you already have equipped, don’t hesitate even for a second to swap accessories out in lieu of stronger ones.

08. Fuse Materia
Fusing materia is a bit of a pain, especially because it’s such a game of chance, but believe it or not fusing materia is a great way to get lots of really powerful materia. Of course, the combinations are endless, because there’s such a vast amount of materia in the game as it is, but don’t ignore the ability to fuse materia. It’s extremely, extremely useful.

09. Shop!
Because shopping is just so darn easy in the game (as easy as going into your menu and selecting the “Shop” option), you should always check out what shops have available to you. Oftentimes, the stock of any given shop is static and won’t change, but this isn’t always the case. What’s more, you’ll unlock various shops as you progress through the game that will deal in stronger and stronger items, materia and accessories. Always check out what they have, and to be safe, keep a healthy supply of healing items handy at all times. Your wallet full of Gil should always easily facilitate such a move.

10. Take It All In
Crisis Core is truly a well-put together game with beautiful graphics and a compelling, gripping storyline. There’s no need to rush through the game, so don’t. Take in the cinemas, read carefully the dialogue, and give yourself the best experience you can with the game. Cinemas and conversations alike can’t be revisited once they’ve run their course, so don’t get lost in the game’s narrative. Make it a point to always pay attention, so you don’t get lost in the first place. 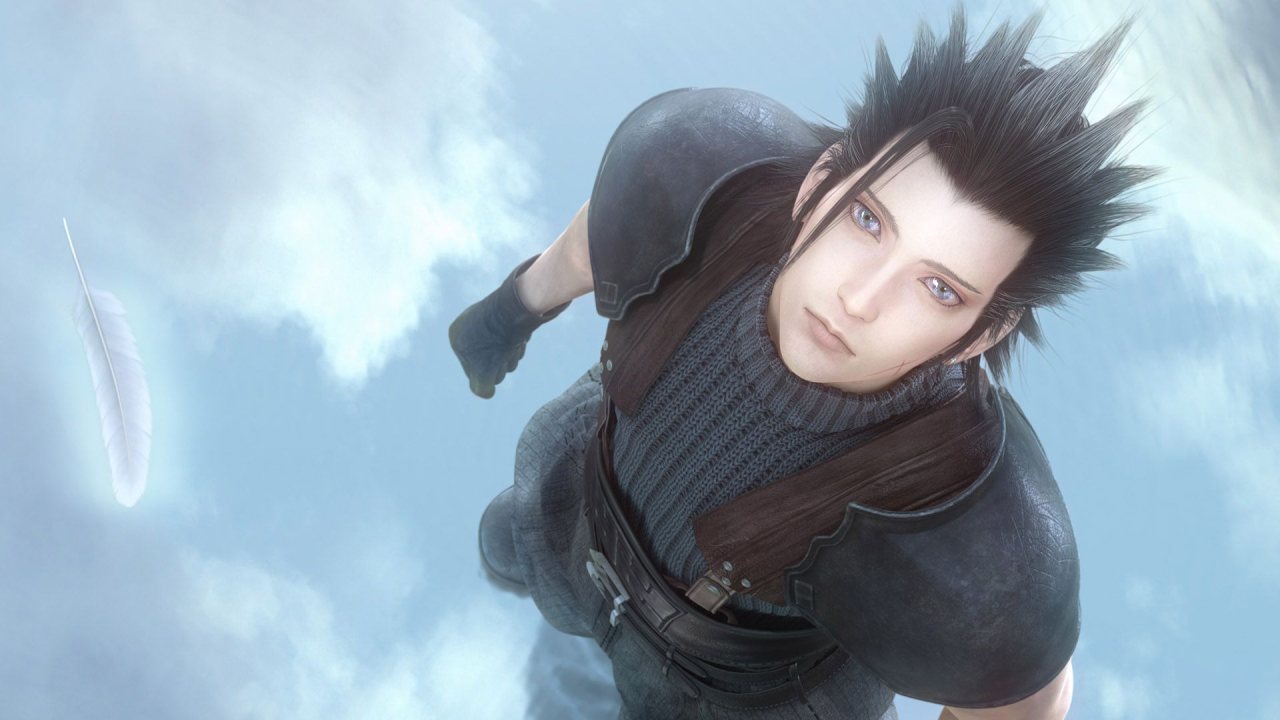 That’s all we are sharing today in CRISIS CORE –FINAL FANTASY VII– Reunion All Changes to the PSP Version, if you have anything to add, please feel free to leave a comment below, you can also read the original article here, all the credits goes to the original author Tsukemonø