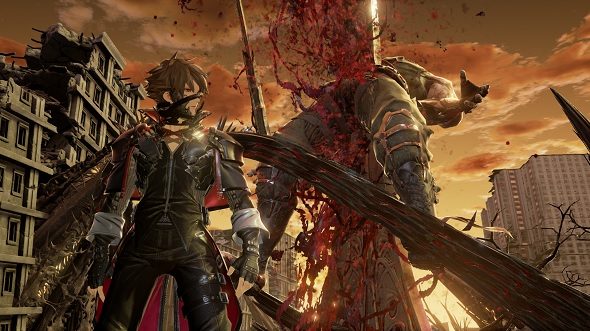 A simple and basic guide on how to get each ending.

In order to get the “Determiner of fate” achievement you have to watch all 3 (and a half) endings the game has to offer. if you’re having trouble getting the ending you want- you’ve come to the right place. 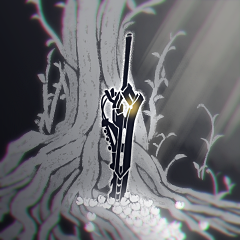 Heirs is the worst possible outcome.
this ending will require you to kill (or rather not restore) all of the 4 successors being: the Rib cage, Breath, Claw, and Throat.
simply walk out of the door during each of the post-battle memory sequences and you’ll end up getting it.

The easiest way to get this ending is by either ignoring or collecting but not restoring all vestiges of each successor, that way you can’t restore them by accident.

#2 To eternity
“To eternity” is what I like to call the “neutral ending” in the meaning that it is not bad, but not good either.
This ending requires you to restore at least one of the four successors (doesn’t matter which one) but not all of them.
In order to restore a successor you must find all of the vestiges they have left behind in the map where they’re in and restore them either with the help of Io at home base or with the successor’s attendant who will stand near the entrance to the successor’s crypt (the boss room) before defeating the boss and then interacting with the successor’s statue during the memory sequence.

again it is very important to ONLY restore between one to three of the successors, not all four.

“Dweller in the dark” is the good ending and has 2 different outcomes both of which are required in order to get the ‘determiner of fate’ achievement. the deciding factor on which of the 2 you will get is if you’ve restored all of Io’s memories (Eos blood code vestiges) before defeating the final boss or not.

Outcome #1: not restoring Io’s memories.
First of all in order to qualify for either of the 2 good endings you need to restore all four successors. (if you’ve read this far it was probably obvious)
an easy way to be sure you’ve done everything right on your first non bad ending run is to look for the: Isis, Fionn, Scathach, and Harmonia blood codes in your inventory, if you own all 4 you are guranteed to get the dweller in the dark ending.
for this outcome simply restore all successors but not all of Io’s memories. my best advice is to just ignore the Eos vestiges during that run, feel free to collect them but do NOT restore all of them.

Outcome #2: restoring Io’s memories.
again by reading this far it would be obvious.
the requirements are identical to the first outcome but all you have to do is restore Io’s memories before going down the elevator that leads to the Gaol of the Stagnant Blood.
The Eos vestiges are obtained from 3 sources:
1: after defeating each successor regardless of whether you restore them or not, their attendant will disappear and in the place where she stood will be an Eos vestige (with the exception of the attendant of the rib cage who’s vestige will be collected during a cutscene)
2: one Eos vestige can be found at the Provisional Government Outskirts.
3: the final Two vestiges are found in the Provisional Government Center: one is obtained from defeating the hostile attendant found on the way to the elevator, and the second by smashing the wooden boxes to the right of the elevator and walking into the secret hallway until you reach the vestige.
make sure you restore ALL of the Eos vestiges.

Both outcome’s ending cutscenes are the same. the only difference is that if you’ve restored all of Io’s memories your character will say her name before the screen turns black and the credits start rolling.

again, while both are considered the same ending you still need to get both of them to earn the ‘determiner of fate’ achievement.

Final notes and advice (and some spoilers)

#1: The ‘Heirs’ ending is the only one that ends the game after defeating the Skull King. if you’re destined to get the ‘To eternity’ or ‘Dweller in the dark’ endings you will have to fight a secret boss named ‘The virgin born’, your health and regen count will NOT reset between the two fights so I’d recommend to use a vivifier or a mistle root to go back to the mistle to save and restock. The virgin born will now occupy the boss arena even if you’ll teleport away.

#2: If you plan on either getting the neutral ending in your first run or in your 2nd run after the bad ending I would highly recommend restoring the successor of the throat. the Harmonia blood code has one of my favorite gifts: volatile storm which is a powerful AOE ability. it wills also allow you to select Eva as your partner in both the current run and future runs by swapping to her while resting at a mistle.

#3: By completing the game you’ll be rewarded with one out of two blood codes (or if you’ve got the true ending on your first run you’ll receive both): Hades, and Queen.
Hades is Silva’s blood code which specializes in heavy weapons and is earned by completing any of the endings.
Queen is the last of the Queen’s 5 blood codes and specializes in ichor attacks and also has my favorite ability in the game (which can also be mastered and used by all blood codes)-Purging Thorn. it can only be earned by completing the ‘dweller in the dark’ ending.