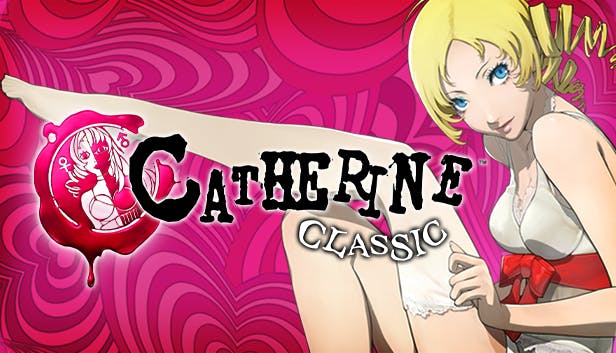 Literally just some notable dialog I really enjoyed, obviously may contain spoilers read at your own risk.

If anyone has something to add or correct let me know, I wrote these on my phone on my 2nd play-through of the game around the time it came out. I recently got a new phone so I had to move all the quotes to a notepad on my computer, some of the quotes got messed up in transfer. I fixed majority of them but I’m not perfect so I could have made a mistake. Happy reading :).

“Men are only acknowledged by their upward mobility” – Tod

“Womans dearest delight is to wound man’s self conceit” – Boss

“Sheep have interesting habbits they all follow one leader. If the leader falls off a cliff the entire group will go to its death” – Nightmare sheep

“A happy family… Never had one of those
before” – Vincent

“It is in a man’s basest instincts to cheat.” – Boss

“Marriage, all in all, is a cowardly method that tries to subdue love through torture” – Boss

“Well, if you ask me. The trick to a long-lasting marriage is, frankly, to spend as little time together as possible” – Boss

“Me raising a family? Doesn’t exactly sound like a recipe for success” – Vincent

“Especially in my 30s. I use to blank out on amounts I could handle in my 20s. Then I’d wake up lying next to a complete stranger.” – Boss

“Infront of Gods work of art, memories are blown away. Don’t worry about it.” – Boss

“I ended up like this because I don’t have anyone to love, where are all the good men?” -Erica

“You’re body knows what it needs, you should listen to it.” – Catherine

“Men hate women who love them and are attracted to women who don’t.” – Sheep

“Variety is the spice of life. You need to enjoy it more.” – Orlando

“If you stay in an apartment by yourself long enough, you tend to start thinking, ‘maybe if I had a family.'” – Boss

“But when it actually comes down to actually getting married, we all hesitate” – Boss

“Throw back some liqure and hit the hay. To get the whole of the sky on the ground you have to lie.” – Boss

“You can stay true to the one you love but all it gets you is betrayal. – Archie

“I tried staying at my girlfriends place. But that makes me even more tired.” – Johnny

“Well… I don’t believe in curses either, but to incur the grudge of a woman is a horrifying thing.” – Boss

“Well, drink and forget… not knowing something is as if it never occurred.” – Boss

“Anyway… as I was going to say, the ‘hunter’ in relationships is actually the female.” – Boss

“Maybe you can’t be too careless for too long.” – Boss

“Women are hunting everyday for better prey. If you take too long you may be exchanged for the prey next to you, you know?” – Boss

“Love is a diplomacy, love is a game. Whether you push forward or fall back its all up to you” – Boss

“I hear in any romantic relationship feelings decline over time. One theory is that love is a drug. Like alcohol or cigarettes… repeated exposure makes you numb to it. That is, its only hot and heavy in the beginning. Its the truth” – Justin

“Man asks everything from a woman. But when done so he feels she is a burden” – Boss

“Wine, women, and dice… those are the three woes” – Boss

“Anyway even if it looks like it’s burning hot now, the fire in the heart of a woman may just flicker out over time…” – Boss

“It’s not that strange is it? Men aren’t the only ones who fear being chained down” – Catherine

“Planning out your life is a waste of effort, none of us have the future ‘future’we thought we would when we were kids” – Orlando

“See half a mans potential is in his upward mobility, the other 1/2 is in women. That’s why you have to share your love with as many women as possible” – Todd